Active hands on defense, tremendous passing and shooting, dominating the boards, pushing pace at every opportunity.

UNLV played close to the perfect game Tuesday night at the Thomas & Mack Center, jumping all over Colorado State early and taking as much as a 35-point lead on its way to stunningly easy 80-56 victory.

“Probably our most complete game of the year,” UNLV coach T.J. Otzelberger said.

It was the reversal of the Feb. 1 meeting when Colorado State won 95-77 in Fort Collins.

“When we went to their place, they did the same thing to us,” UNLV guard Elijah Mitrou-Long said. “We returned the favor.”

The victory moved the Rebels (14-14, 9-6 Mountain West) into a three-way tie for fourth place in the conference.

UNLV was especially hot early, shooting 55.9 percent overall and 60 percent from the 3-point line to take a 51-29 halftime lead.

1. And now Hamilton can shoot?

It’s been well documented how Hamilton raised his game in Mountain West play, but he’s mostly used his athleticism to get to the rim.

Against Colorado State, Hamilton also got hot from outside, making 11 of 18 shots, including 3-for-4 from 3-point range. He was shooting 28 percent from 3, and had gone 1-of-15 over his previous four games.

Hamilton said he worked on his shooting in practice.

“So today was just clicking for me,” Hamilton said. “When I shot my midrange shots, I felt pretty good, so I stepped back out to the 3-point lineup.”

If he becomes a consistent outside shooter, good luck to Mountain West opponents trying to defend him. Hamilton averages 15.6 points, 21.7 against conference opponents.

“He’s continuing to gain confidence because he works his tail off,” Otzelberger said. “It’s great to see when he’s knocking down that 3 ball (and) when he can put it on the floor, he’s a really dynamic weapon.”

The home-road discrepancy has been a theme for Mountain West teams not named San Diego State.

How else to explain how the Rebels could lose by 18 points at Colorado State and not even three weeks later run the Rams off the Thomas & Mack floor?

With the conference tournament at the Mack fast approaching, that record bodes well for UNLV as the calendar rolls into March.

“I’m proud of them because this time of the year, a lot of teams decide to go one way or another,” Otzelberger said. “Our guys are focused each day and want to get better. It’s a good sign.”

3. Going small and dominating inside

The Rams never solved UNLV’s four-guard look, and the Rebels outrebounded them 46-26, including 12-5 on the offensive side.

Otzelberger said rebounding has been a regular point of emphasis, even with the small lineups he’s been playing.

“It’s got to be a continued focus,” he said. “It’s a testament to our guys, the character and heart that they play with, not necessarily how tall they are.” 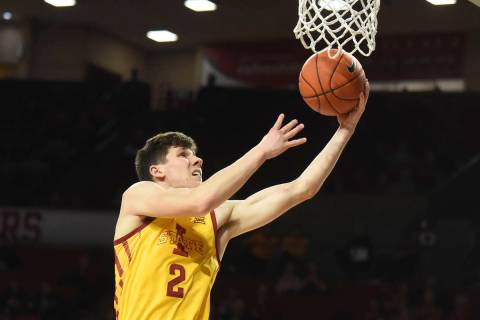 Guard Caleb Grill has a long relationship with UNLV coach T.J. Otzelberger. He originally signed with South Dakota State when Otzelberger was the Jackrabbits’ coach. 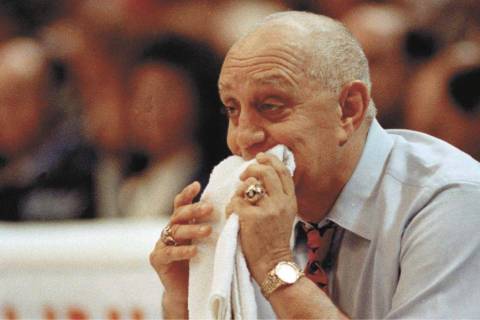 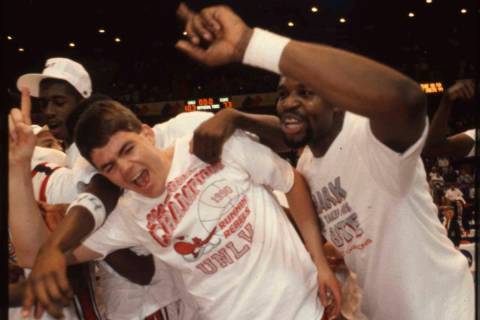 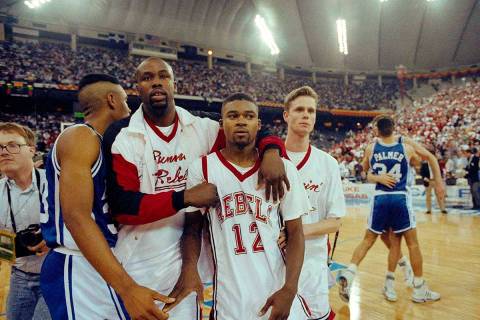 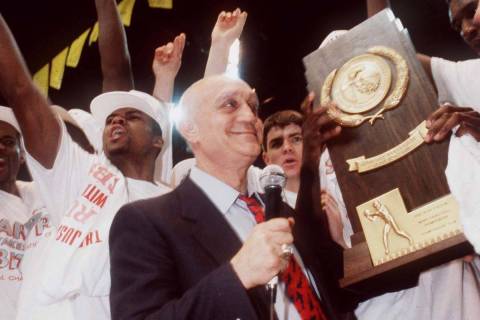 Jerry Tarkanian’s powerhouse teams of the early 1990s reflected the city they called home. They were bold, brash and bodacious. 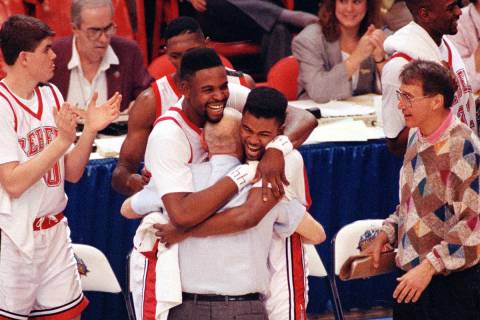 Few college basketball recollections compare to UNLV-Duke in 1990 and ’91. 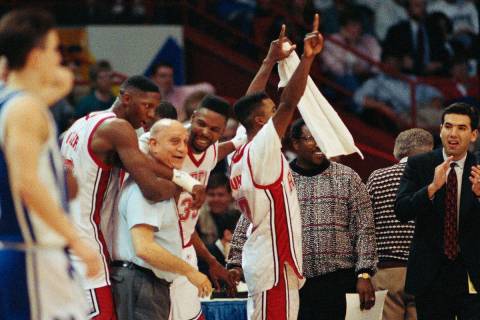 UNLV has a proud basketball history of appearing in four Final Fours, including winning the 1990 national championship. 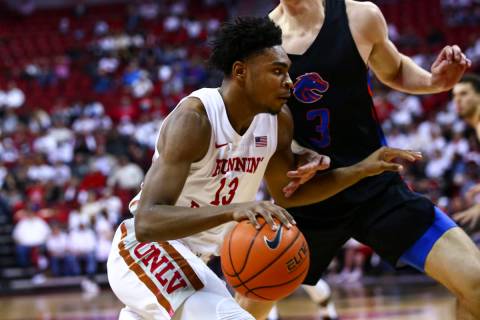 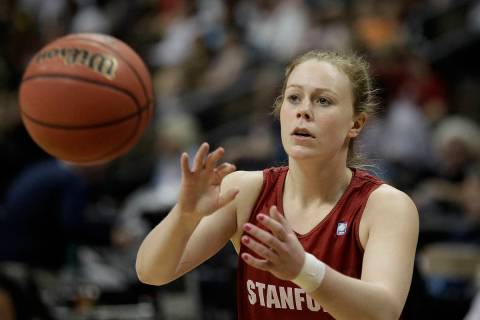 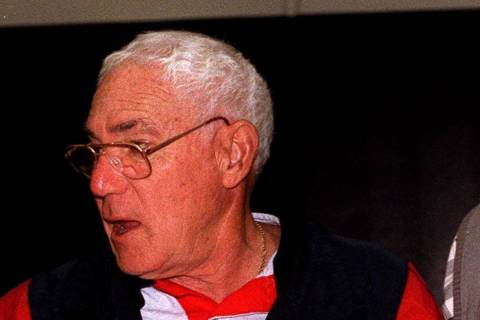