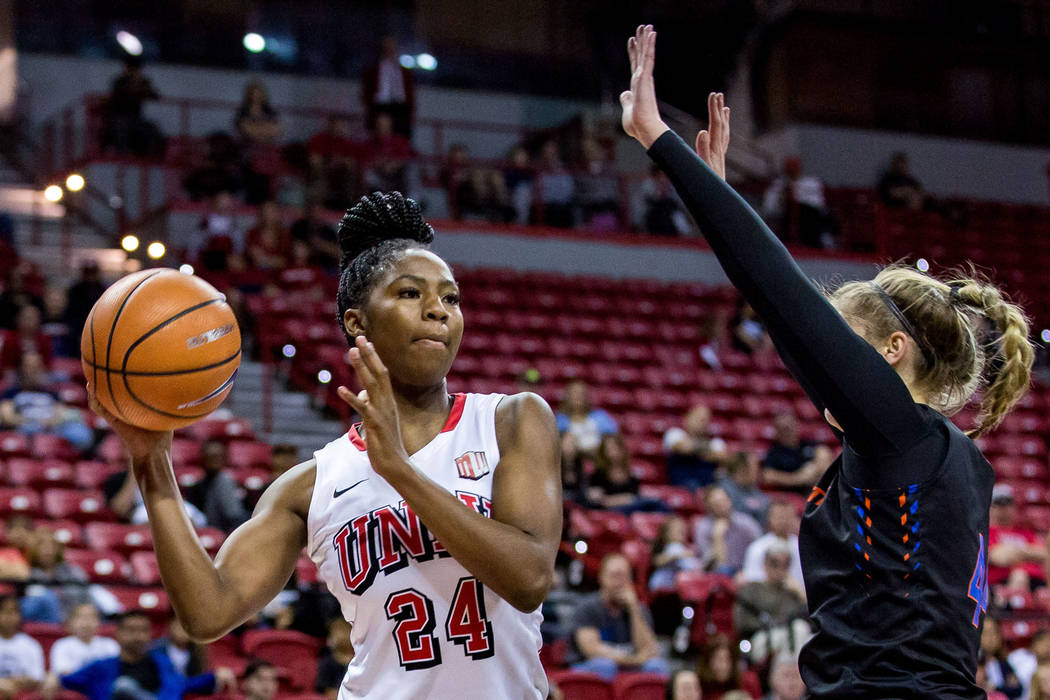 Ariel Colon hit a 3-pointer at the third-quarter buzzer, starting an 11-2 run by Elon that carried the Phoenix to a 50-44 win over UNLV in a Lady Rebel Round-Up semifinal Saturday at Cox Pavilion.

Rodjanae Wade had team highs of 15 points and eight rebounds for the Lady Rebels (1-4), who were outrebounded 40-28 in a game featuring eight ties and six lead changes and neither team leading by more than seven points.

Maya Johnson had nine points and 10 rebounds for the Phoenix, who led 10-9 after one quarter, 19-18 at halftime and 33-32 entering the fourth quarter.

The Phoenix shot 38.1 percent and held the Lady Rebels to 32.0 percent. Elon committed 26 turnovers compared to 14 by UNLV, but the Phoenix held a 15-13 edge in points off turnovers.

The Lady Rebels will face St. John’s in the consolation final at 11 a.m. Sunday, followed by the title game.