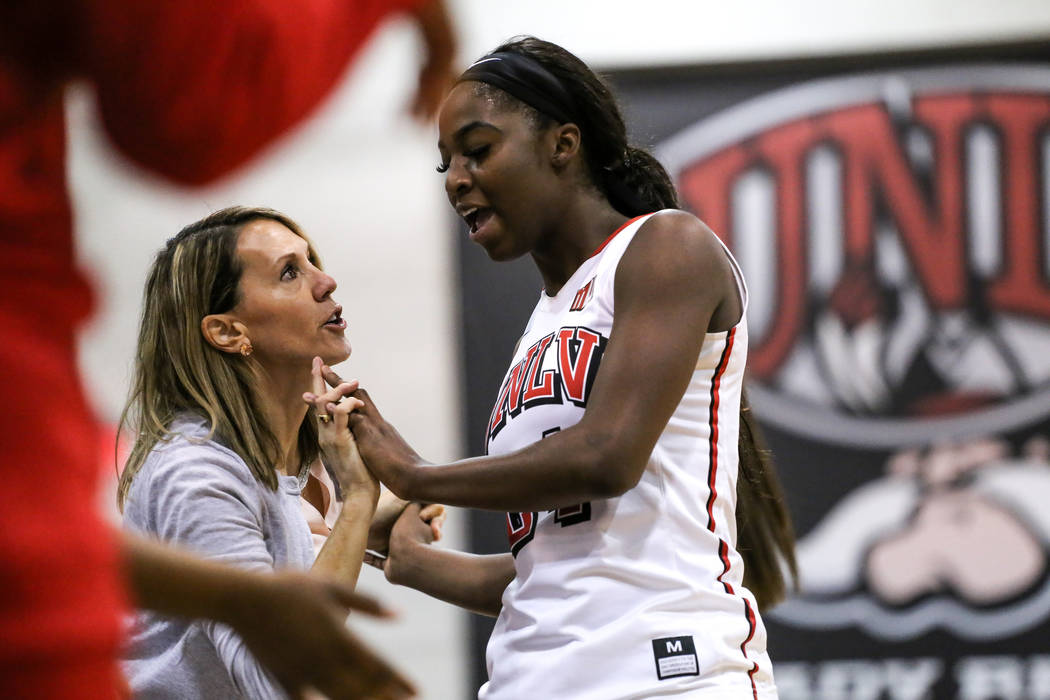 Rodjanae Wade had game highs of 21 points and 13 rebounds to lead UNLV past St. John’s 79-75 in overtime in the Lady Rebel Round-Up consolation game Sunday at Cox Pavilion.

LaTecia Smith sent the game to an extra period with putback basket with 11.8 seconds left in the fourth quarter, and the senior guard scored four of her 16 points in overtime for the Lady Rebels (2-4).

Tiana England had 12 points and Alissa Alston 11 points and 10 rebounds for the Red Storm, who were outrebounded 57-48, including 26-16 on the offensive end.

The Rebels accepted an invitation to the Women’s National Invitational Volleyball Championship for a second straight season.

The Rebels, who closed the regular season with six straight wins and 15 victories in their final 16 matches, advanced to the WNIVC semifinals last season before losing 3-1 to eventual champion Iowa State in Ames, Iowa.