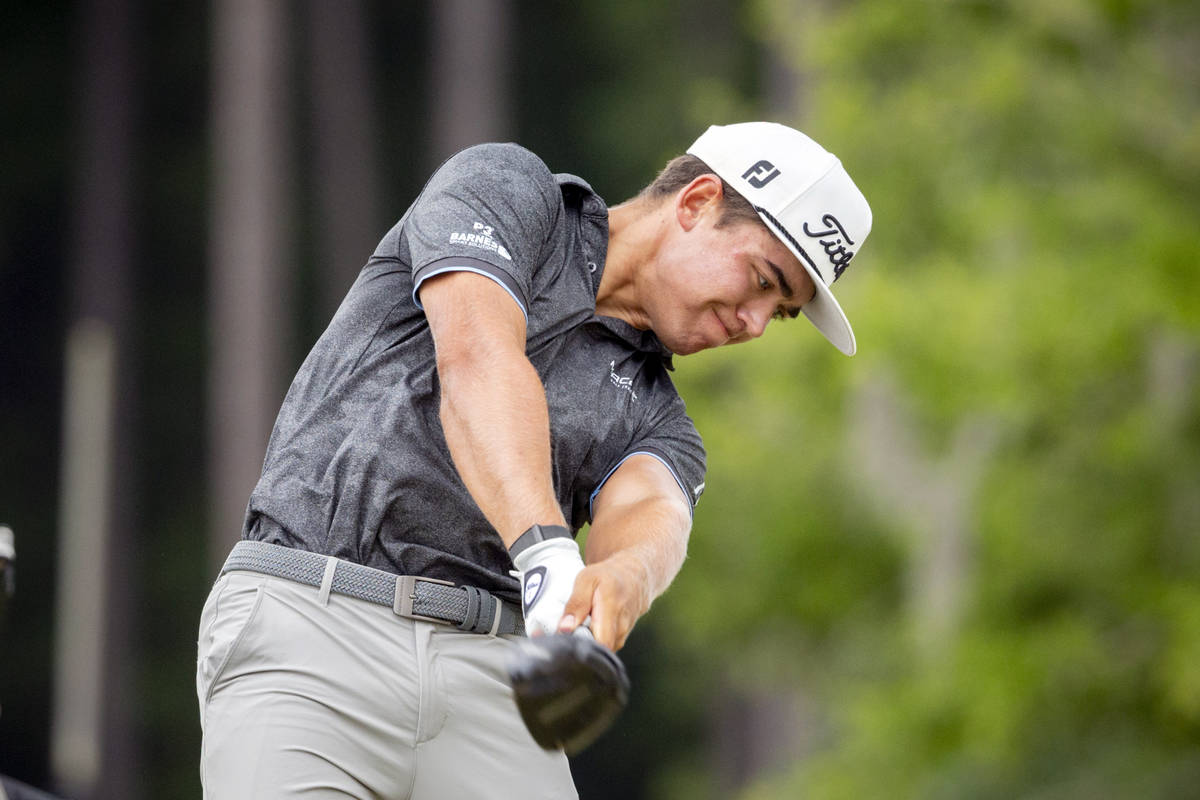 Garrick Higgo, of South Africa, hits off the third tee during the final round of the Palmetto Championship golf tournament in Ridgeland, S.C., Sunday, June 13, 2021. (AP Photo/Stephen B. Morton) 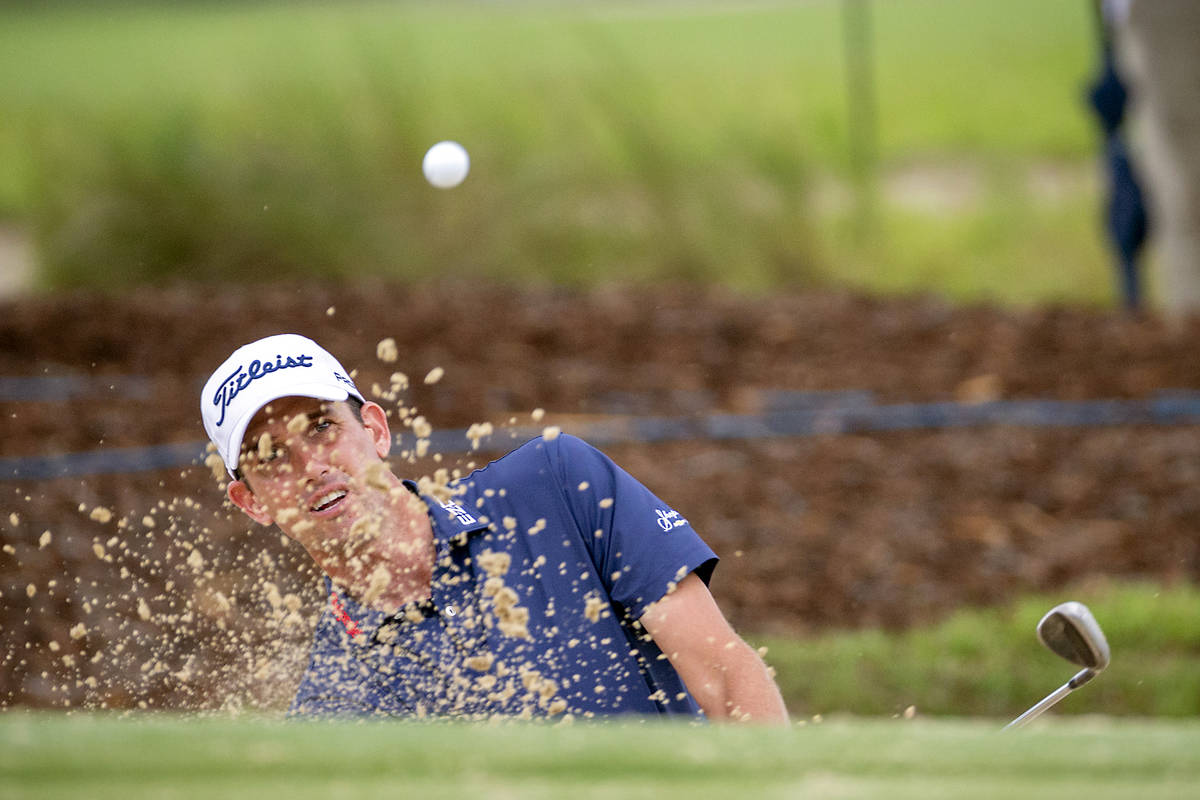 Chesson Hadley hits out of the bunker on the the second green during the final round of the Palmetto Championship golf tournament in Ridgeland, S.C., Sunday, June 13, 2021. (AP Photo/Stephen B. Morton) 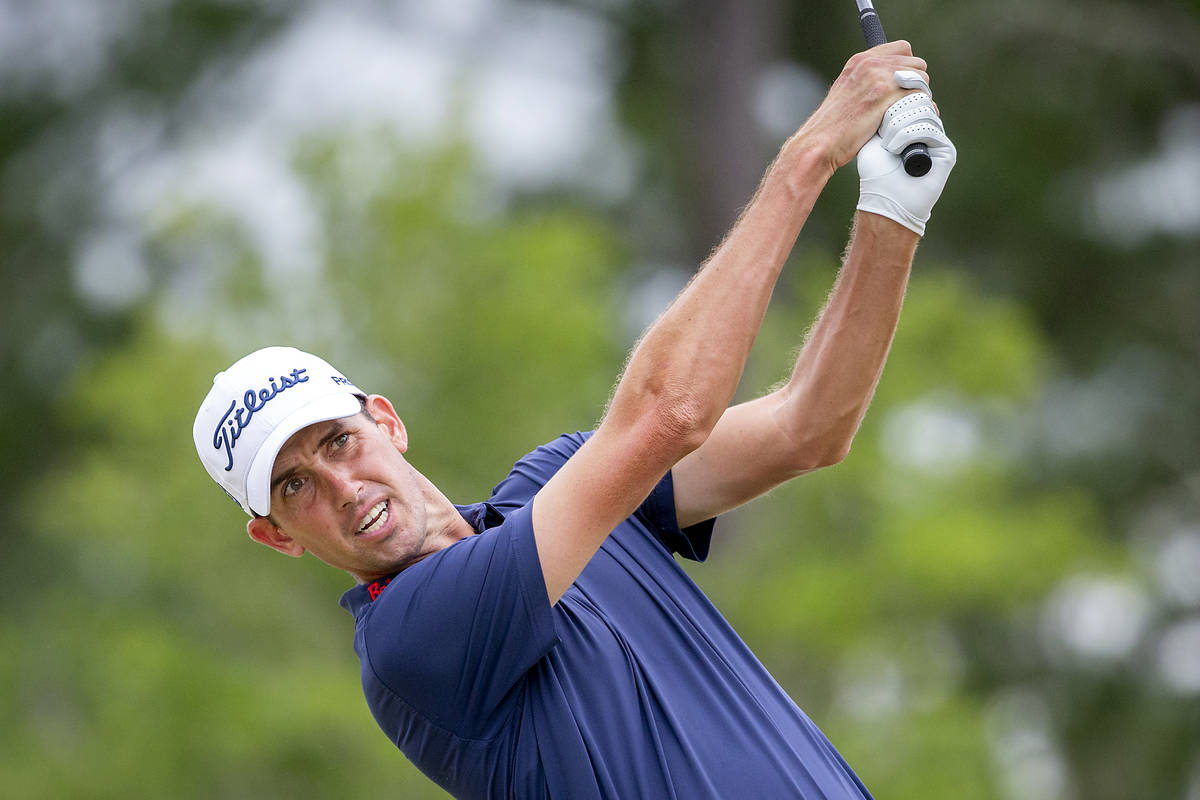 Chesson Hadley watches his drive off the third tee during the final round of the Palmetto Championship golf tournament in Ridgeland, S.C., Sunday, June 13, 2021. (AP Photo/Stephen B. Morton) 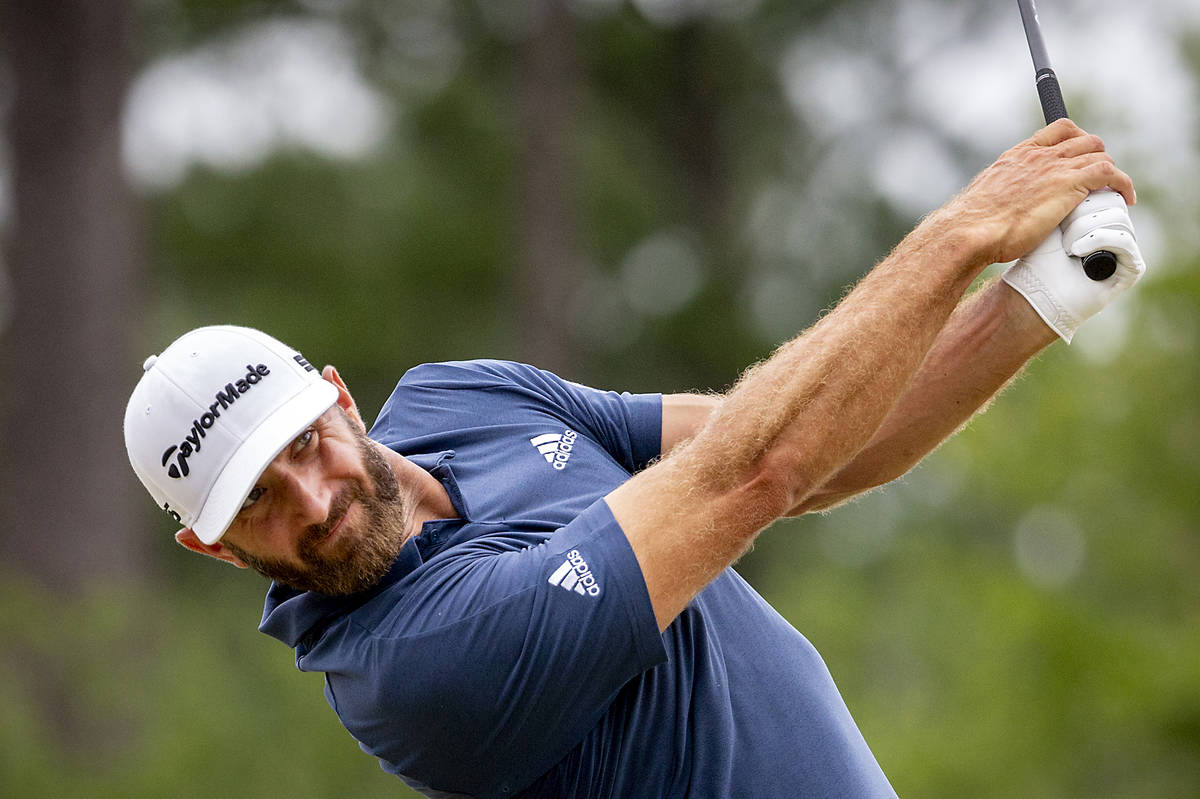 Dustin Johnson watches his drive off the third tee during the final round of the Palmetto Championship golf tournament in Ridgeland, S.C., Sunday, June 13, 2021. (AP Photo/Stephen B. Morton) 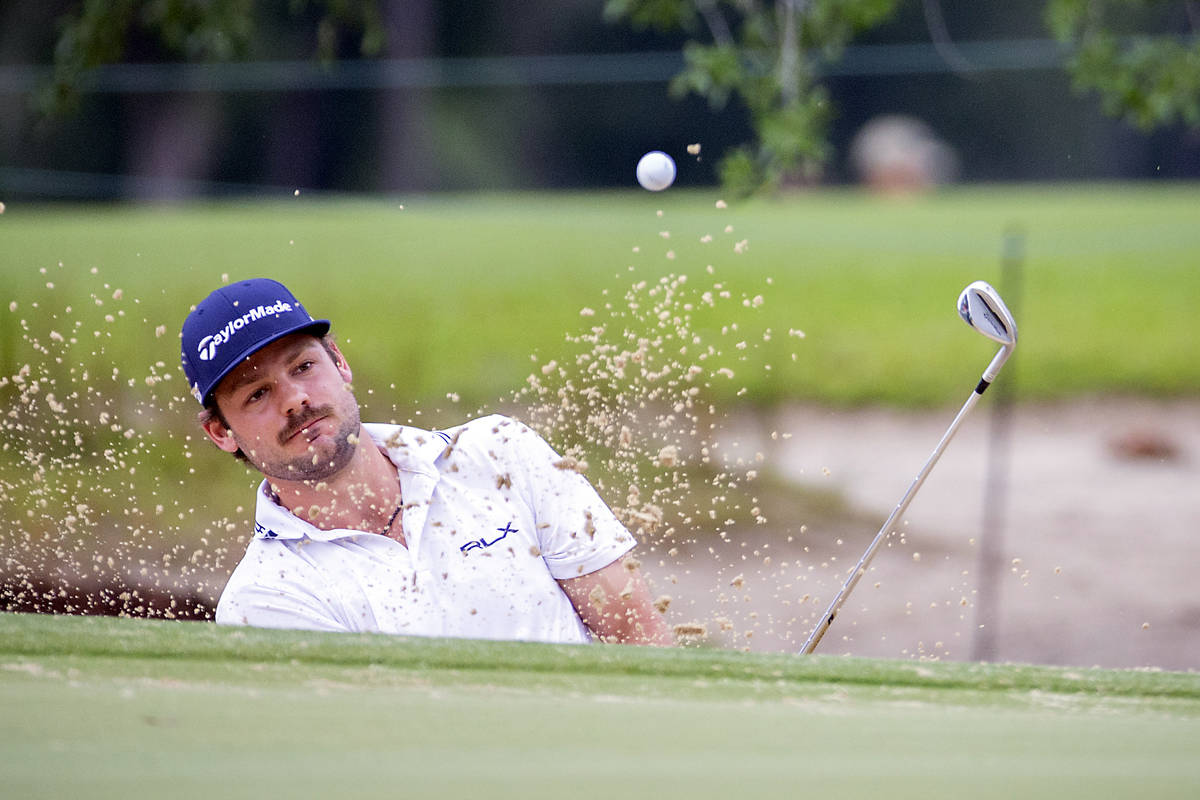 Doc Redman hits out of the bunker on the second green during the final round of the Palmetto Championship golf tournament in Ridgeland, S.C., Sunday, June 13, 2021. (AP Photo/Stephen B. Morton)

The 22-year-old South African shot a 3-under 68 and finished at 11 under in his second career tour event. Get ready to see more of him. The victory, along with $1.314 million gives him PGA Tour status through the 2023 season.

It was a heartbreaking finish for Hadley, seemingly in control at 13 under with three holes to play. But he drove into a waste area on the 16th and could not get up and down after missing the 17th and 18th greens to give away victory.

“I can only imagine what it looked like on TV because it looked freaking awful from my view,” Hadley said. “I mean, I could barely keep it on the planet.”

After an even-par front-nine, Higgo had an eagle on the par-5 12th and birdie on the 14th to get to 11 under — two shots in back of Hadley.

Higgo also saved par from 10 feet away on the 71st hole after missing the fairway with his first two shots.

When Higgo tapped in for par on the 18th, he headed off to wait for a potential playoff. Turns out, he didn’t need the extra repetitions as Hadley missed a 10-footer for par to fall to give the rising young player his first signature win.

Higgo took off his sunglasses and grinned when told of his victory, then hugged his caddie to celebrate.

Top-ranked Dustin Johnson made a run at the top late in the round, coming within a shot Hadley after birdies on the 10th, 12th and 13th holes. His chances ended with a triple bogey on the 16th hole and he finished with a 70 to tie for 10th.

Swafford came close to playing next week at the U.S. Open. A win at Congaree Golf Club would’ve meant a cross-country flight to Torrey Pines in La Jolla, California. He, too, came close and was within two shots of the lead before finishing tied for fourth.

The tournament at Congaree filled in for the RBC Canadian Open, which was canceled for a second straight year due to COVID-19.

The run capped an unprecedented stretch of golf in the Palmetto State.

MOST READ
1
Raiders’ Maxx Crosby hit with fine by NFL