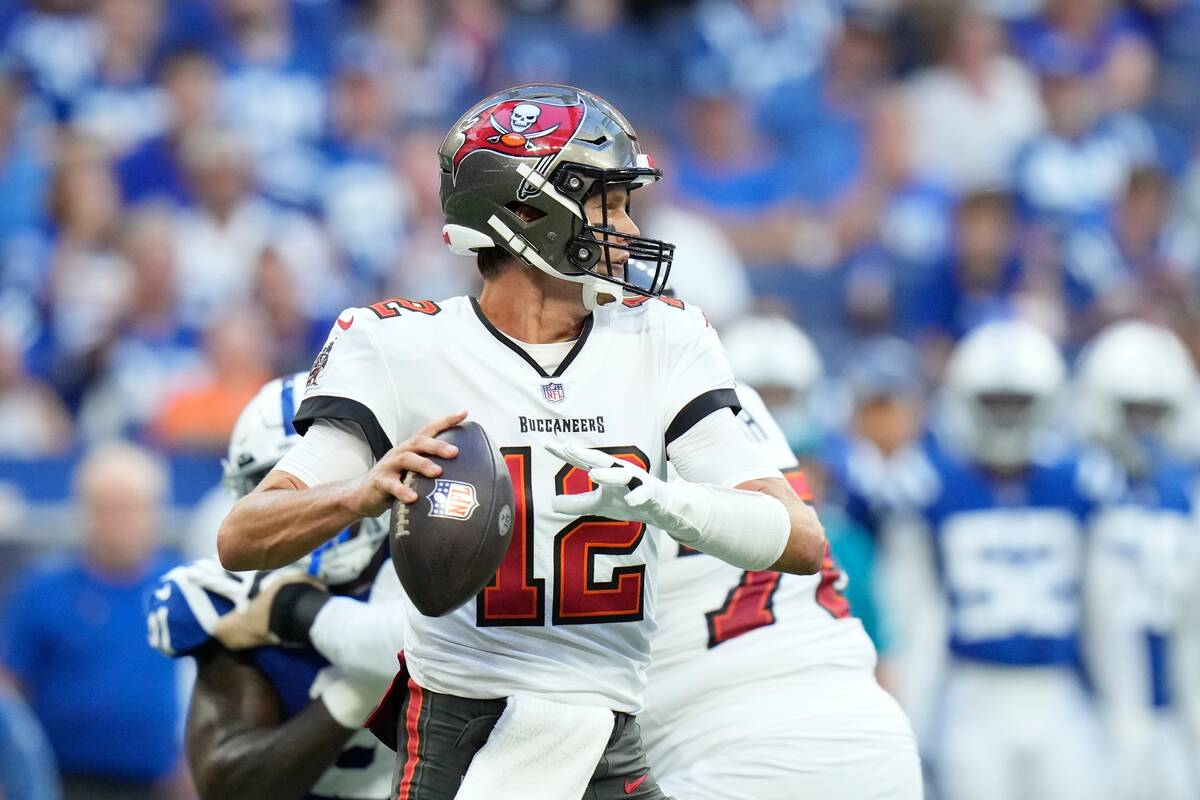 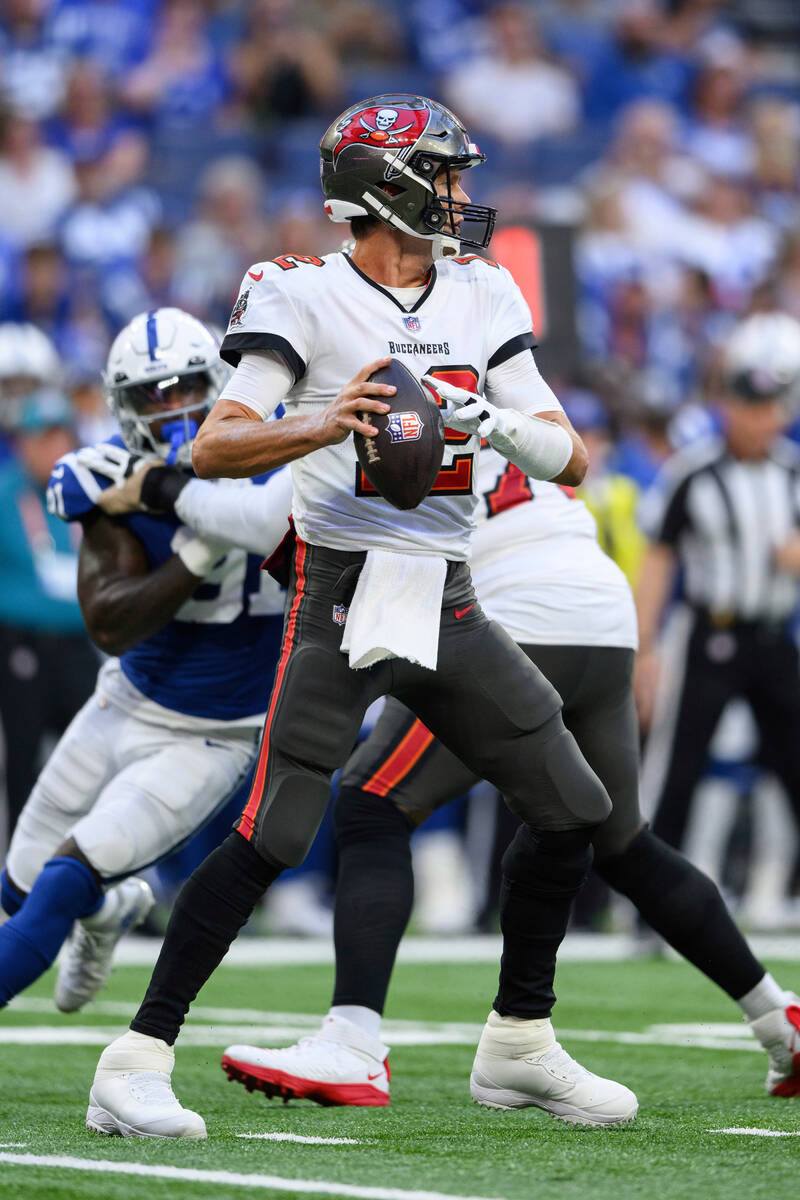 Based on the odds, sportsbooks expect Tom Brady and the Tampa Bay Buccaneers to make another run for the Super Bowl this season.

The Bucs’ win total is 11 and they’re the consensus second choice behind the Buffalo Bills to win the Super Bowl.

But Tampa Bay also is the consensus choice of several sharp bookmakers and bettors to regress from last season’s 13-4 record and perhaps be the NFL’s biggest underachiever.

“If Tom Brady doesn’t want to continue or gets hurt, you could be looking at the worst team in the NFL. That’s how bad Tampa can be,” Westgate SuperBook vice president of risk Ed Salmons said. “If (backup) Blaine Gabbert plays, they’ll be lucky to win three games. They’re definitely going to go under their wins.

“They’re an older team. They’re all banged up on the offensive line, and that defensive line is going to be nowhere near what it was.”

In a tumultuous offseason, Brady, 45, retired in February, then unretired in March before missing 11 days of training camp in an unprecedented, unexplained absence.

“As great as Tom Brady is, he’s not going to be able to scramble to make up for the lack of protection from the offensive line,” Circa director of risk Chris Bennett said. “That could be their downfall.”

How ’bout them Cowboys?

Salmons expects the Cowboys to beat the Bucs in their Sept. 11 season opener on “Sunday Night Football.” But he and pro sports bettor Adam Chernoff (@adamchernoff) of Covers also expect Dallas to regress after going 12-5 last season and winning the NFC East.

“Last year, they led the league in takeaways (with 34). In advanced stats, it was historically high how much they benefited from those turnovers,” Chernoff said. “It’s tough to replicate those takeaways season after season.

“There are lots of reasons for the defense to regress. And on offense, they lost their best wide receiver and some of their offensive linemen.”

Salmons bet Philadelphia over 8½ and expects the Eagles to be one of the league’s biggest overachievers.

“Most people don’t think of Philadelphia and Dallas as being equals, but right now we have them rated identical,” he said. “The only question mark on the Eagles is can the quarterback play up to a Super Bowl level. If Jalen Hurts does anything, that’s a team that can easily get to the Super Bowl.”

Philadelphia, which has the easiest schedule in the league, added Georgia defensive tackle Jordan Davis in the draft and acquired star receiver A.J. Brown in a trade with Tennessee.

Jacksonville went an NFL-worst 3-14 last season, when coach Urban Meyer was fired after 13 games. But Bennett and Salmons expect the Jaguars to be greatly improved.

“Just because Urban Meyer was so bad,” Bennett said. “Doug Pederson has to be a significant improvement over Urban Meyer.

“They made a bunch of free-agent signings on the offensive line and defense. The expectations are now 6½ wins. But maybe they win 10 games.”

Salmons agrees, noting that they also added some talent in the draft, acquired receiver Christian Kirk and got running back Travis Etienne back from injury.

“A team like Jacksonville can cover a bunch of spreads, and their win total is only 6½. They can win nine or 10 games,” he said. “You always go back to the quarterback. If I tell you that Trevor Lawrence is going to be a top three-to-five quarterback in the next three to five years, are you going to be surprised? Absolutely not. He’s got all the tools.”

Chernoff is high on another AFC South team in the Colts, 25-1 at the Westgate to win the Super Bowl.

“They’re my favorite bet to win the Super Bowl,” he said. “In Matt Ryan, they finally have an adult in the locker room for the first time since Andrew Luck was there. All I’ve heard from all the players is how much of a leader Matt Ryan is and how accurate he is with his passes.

“They’ve got a great coach, and the kicker in all of this is that in the very difficult AFC, Indianapolis has the easiest schedule. So they have a direct route to the No. 1 seed in the AFC.”