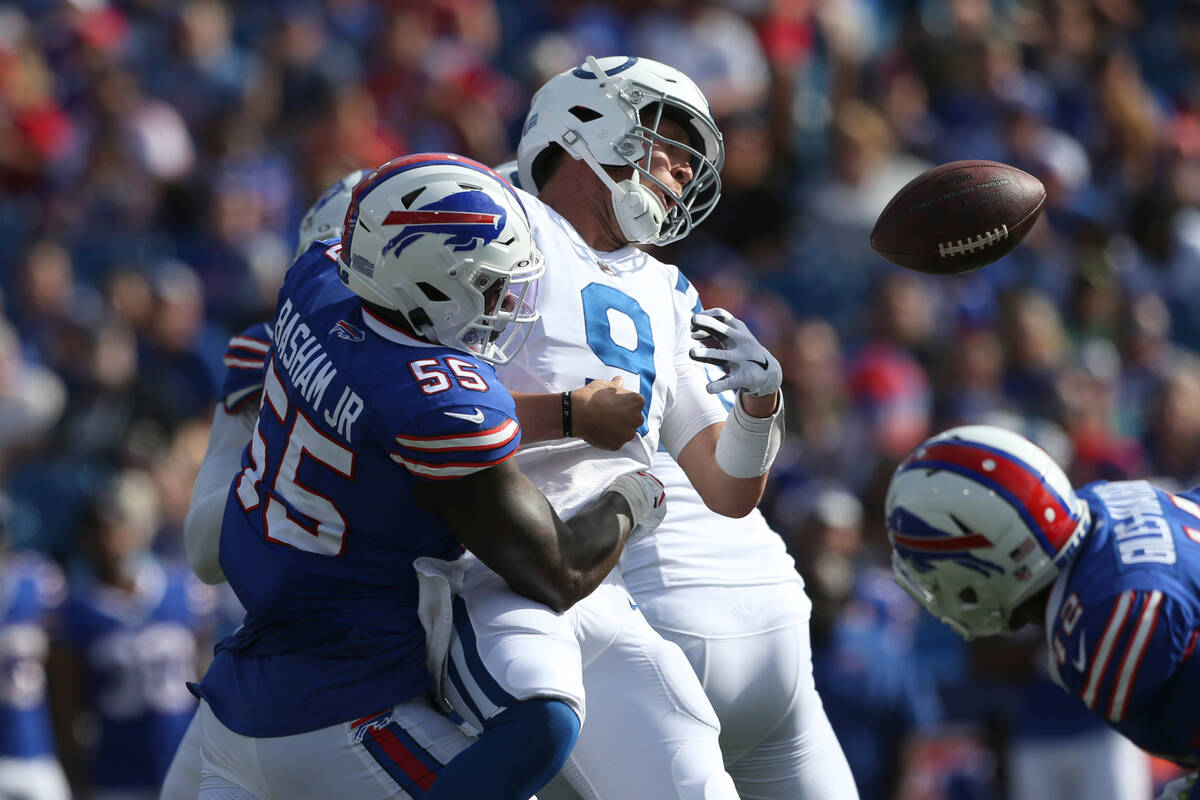 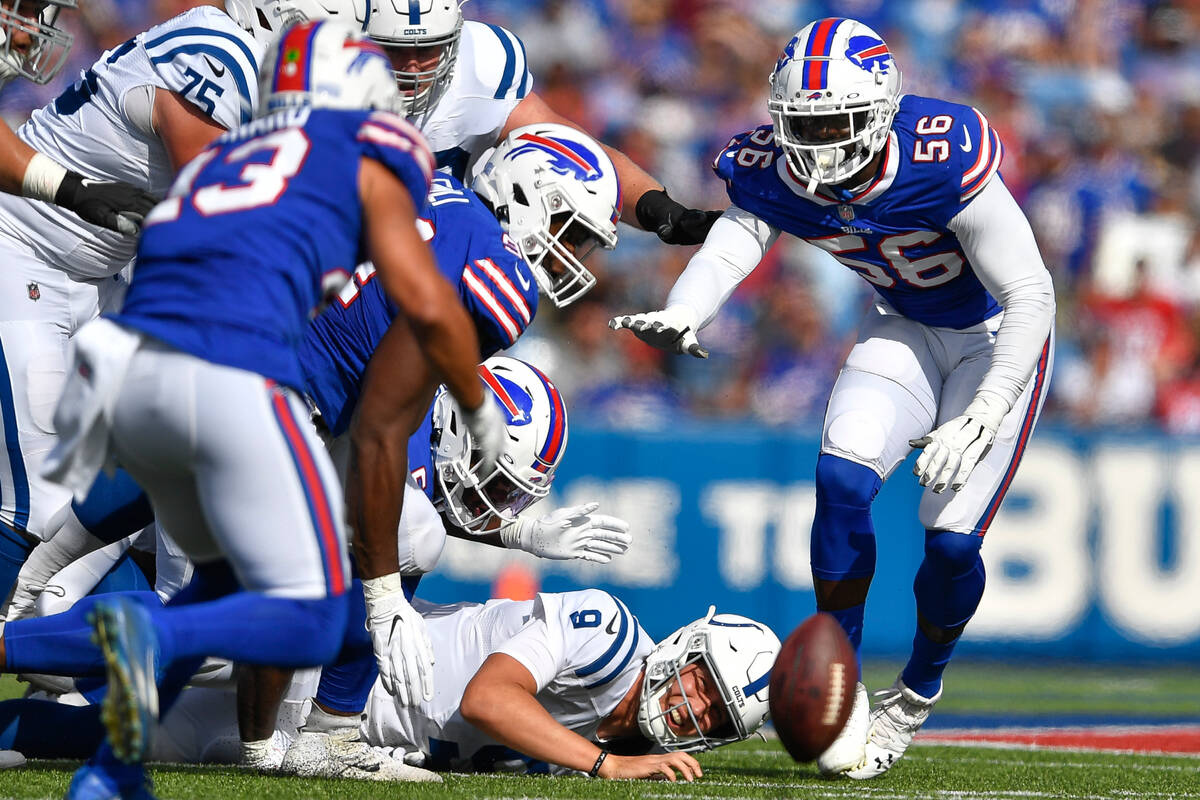 Indianapolis Colts quarterback Nick Foles (9) watches the ball after he fumbled against the Buffalo Bills during the first half of a preseason NFL football game in Orchard Park, N.Y., Saturday, Aug. 13, 2022. Buffalo Bills linebacker Terrel Bernard recovered the ball and returned it for a touchdown. (AP Photo/Adrian Kraus) 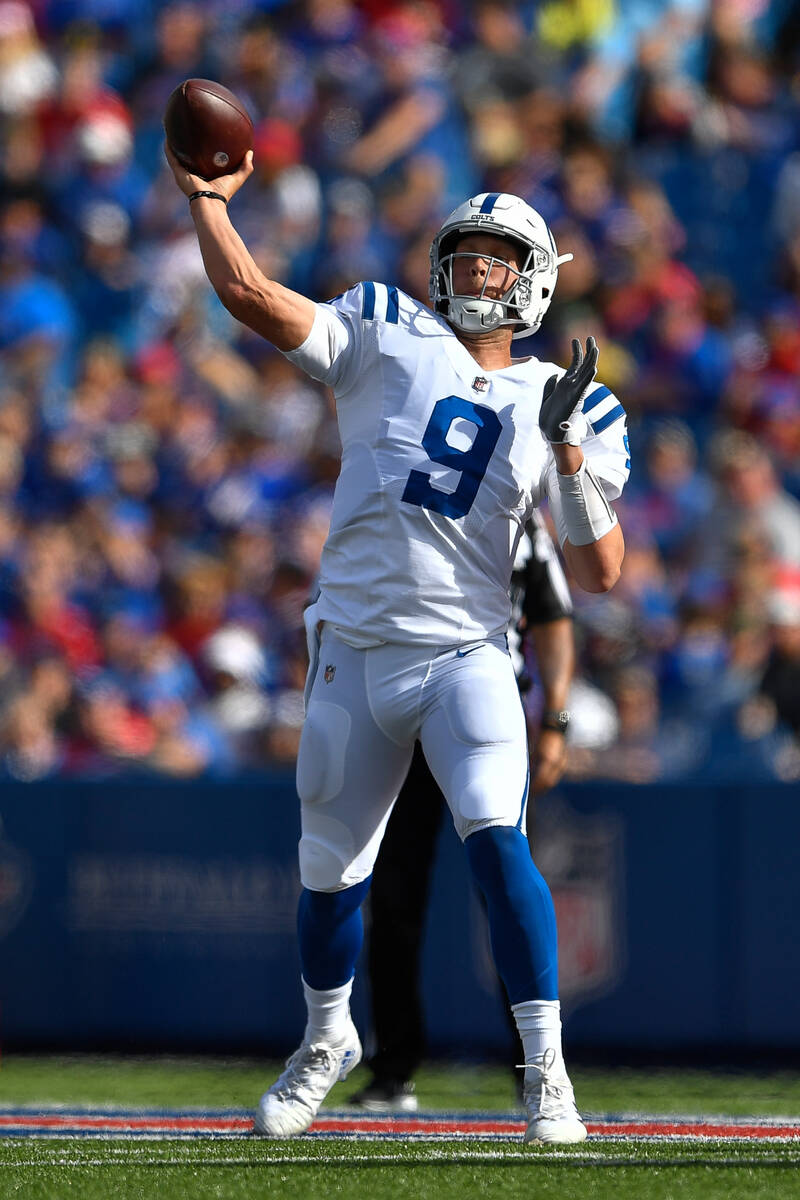 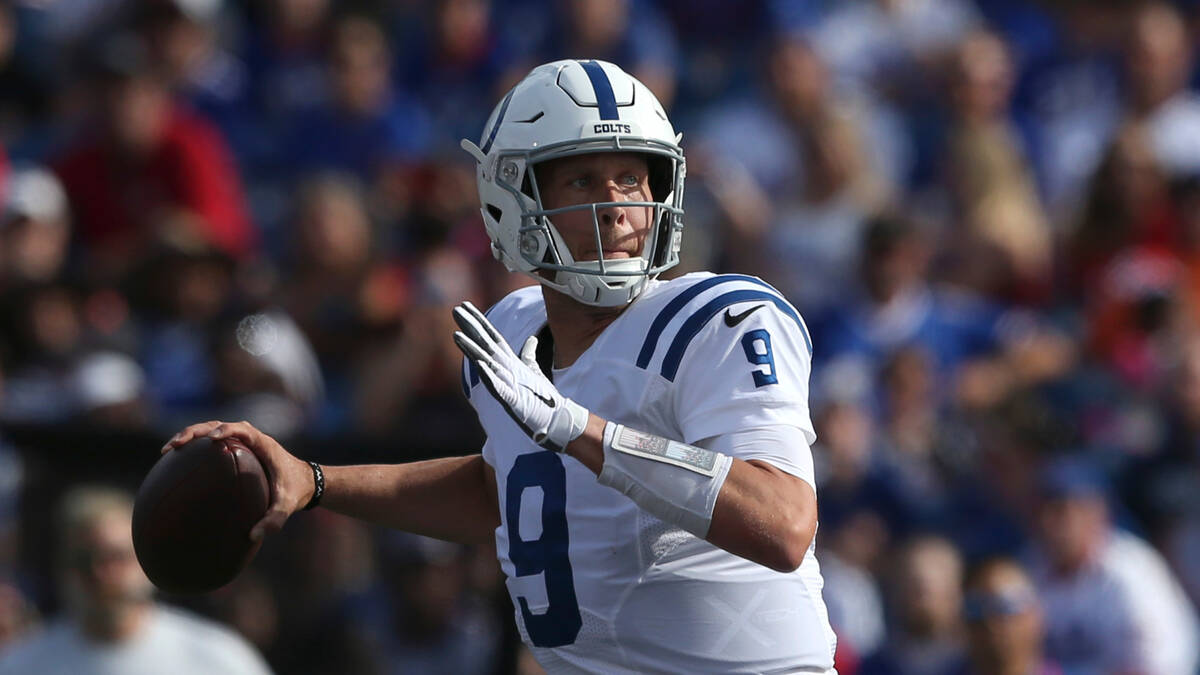 After 14 of the first 17 NFL preseason games went over, sportsbooks increased the totals for Week 2. By too many points, in the opinion of professional sports bettor Randy McKay.

“The books really overreacted,” he said. “They adjusted some totals around five points. I tried to get ahead of some totals with unders.”

McKay, a North Dakota native who was part of a group that claimed the $1 million grand prize last year for winning the DraftKings sports betting national championship, said he bet four totals, all unders.

Circa Sports and the Westgate SuperBook reported sharp action on unders.

“Last week, they all went over. This week, they’re betting every game under,” Westgate vice president of risk Ed Salmons said. “These totals are higher than they were last week, so there’s way more wiggle room.”

McKay’s under plays have moved down since he bet them. But he still recommends taking them at their current prices.

Circa took sharp action under 42½, as both coaches said they will rest most of their starters.

“For Detroit, it will be backups Tim Boyle and David Blough (at quarterback). And the coach likes to run anyway,” said McKay (@RR39). “For Indy, it’ll be Nick Foles, who looked shaky, and Sam Ehlinger.”

“They had joint practice so the teams get used to each other,” McKay said. “Kevin O’Connell is a new coach still working in his offense.”

McKay bet this one under 41.

This total dipped from 41½, as Lamar Jackson will sit and Kyler Murray won’t play in the preseason, giving him plenty of time to study film. Former Baltimore backup quarterback Trace McSorley is expected to start for Arizona.

“So lots of McSorley versus a deep Ravens defense which got more playing time because of injuries last year,” McKay said.

The Ravens are 5-point road favorites over the Cardinals as they try to extend their NFL record 21-game preseason win streak (19-2 ATS).

The line moved from 3½ to 7½ to 5. South Point sportsbook director Chris Andrews said he took sharp action on Arizona from +6½ to +5.

Salmons wouldn’t recommend a play on the Ravens at that price.

“They can win and not cover now,” he said. “That’s a big number in a preseason game.”

Los Angeles, which opened at -1, was reportedly also a play released by Right Angle Sports, a sharp betting service.

“Probably will be no starters for either team,” McKay said. “I like the advantage with (Chargers backup quarterback) Chase Daniel vs. (Cowboys backup) Cooper Rush.

“Dallas had 17 penalties last week. I expect the same this week.”

Atlanta opened as a 1-point favorite over a New York team dealing with injuries to key players. It lost quarterback Zach Wilson to a knee injury in its preseason opener that required surgery and lost offensive tackle Mekhi Becton this month to a season-ending fractured kneecap.

“I expect second-year coach Robert Saleh to play it careful and real generic,” McKay said. “Arthur Smith, on the other side, wants to win these games to build some culture and will use both Marcus Mariota and rookie Desmond Ridder.”

South Point and Circa took sharp action on the Bills, who moved from -3 to -6 over the Broncos, and the Chiefs (-3 to -5) over the Commanders.

Sharp bettors at Circa also took the Dolphins (+2 to +1) over the Raiders, 2-0 ATS this preseason.