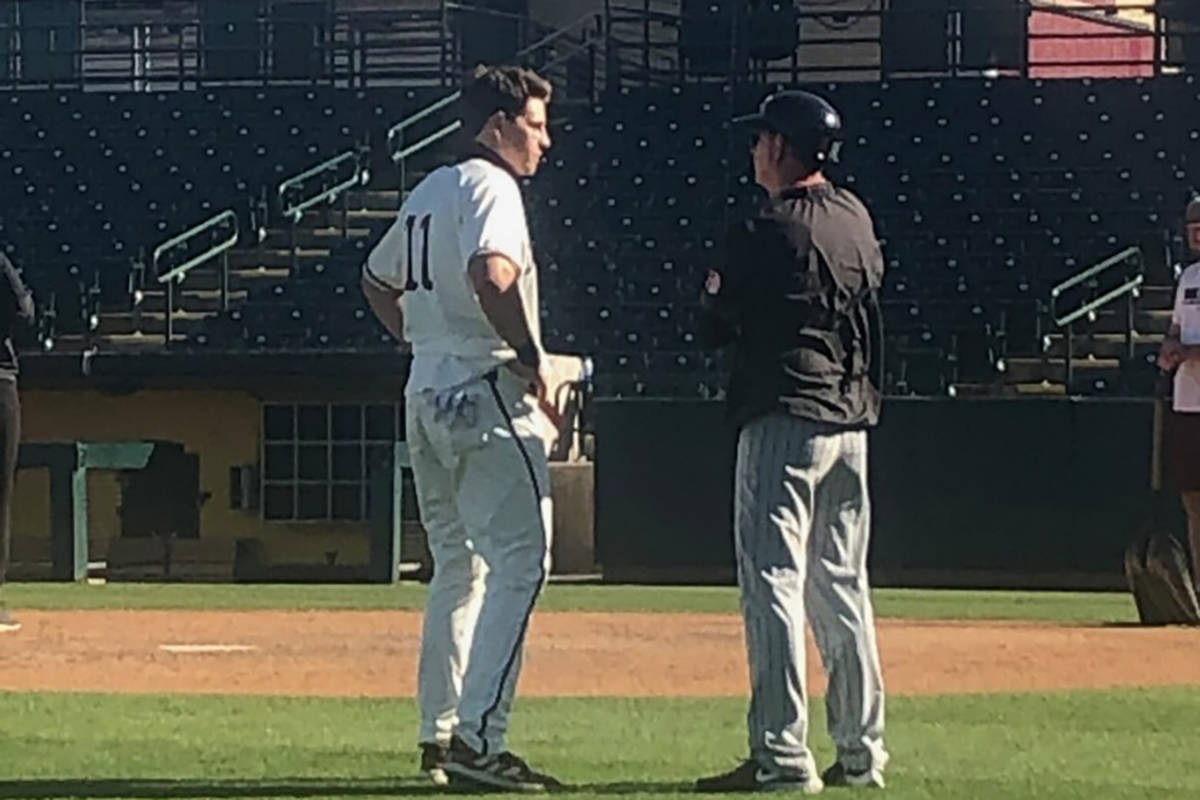 Kade Higgins, left, shares a moment with his father, Kevin, UNLV's associate baseball coach, after the Rebels' 10-9 victory at Phoenix Municipal Stadium March 16. Kade Higgins is following the footsteps of his father, who was an All-American infielder for the Sun Devils during the 1980s and went on to play for the San Diego Padres. (Courtesy: Dan Dolby)

The date was May 29, 1993. Kevin Higgins was a 26-year-old utility man for the San Diego Padres and went 1-for-4 and drove in two runs in his major league debut against the St. Louis Cardinals.

The longtime UNLV assistant baseball coach thought about that game and the thrill it brought when the Rebels played against his alma mater, Arizona State, Tuesday at Phoenix Municipal Stadium. Another kid with a big league dream named Higgins was in the starting lineup for the Sun Devils.

Kade Higgins, a freshman outfielder for ASU by way of Spring Valley High, went 3-for-4 with an RBI double. The Rebels won 10-9.

“It was pretty cool (but it) was nerve-racking,” Kevin Higgins said of coaching against his son. “I think I might have been more nervous than my first big-league at-bat. It was a proud dad moment. I’m glad he was successful, but I’m glad we came out on top.”

As for Kade becoming a Sun Devil rather than a Rebel (or a Stanford Cardinal), that was entirely his son’s choice, said Higgins, the former ASU All-American who in 1994 played all nine positions in one game for the old Las Vegas Stars.

“It’s tough being a coach’s kid. Can’t go 0-for-4 in your hometown when you’re playing for your dad.”

So far, Kade Higgins hasn’t gone 0-for-4 anywhere ASU has played. He is hitting .462 with six hits in 13 at-bats in six games, and he belted a home run in the Sun Devils’ recent 13-4 victory over UNR.

Although he wasn’t there to see it, that must have been a proud papa moment for Kevin Higgins, too.

B5: RBI Kade Higgins. The freshman hit a double off of the wall in center.

“Tommy was a baseball man through and through,” Aviators president Don Logan said of Appleyard, who was 72. “He loved the game, he loved the kids — as long as the kids wanted to work, he was out there with them any day, any time. Guys like him are why this is such a great baseball town. He put the kids and the game ahead of everything.”

R I P Coach Tom Appleyard! The entire LV community has lost a special person!! He’s impacted hundreds with his love, care, and knowledge of the game of baseball and the game of life! You will forever be missed and will be referenced forever!! Post 76!!❤️ #big20 #baseballislife

— As UNLV embarks on yet another search for somebody to coach its men’s basketball team, here’s something to consider: Oklahoma’s Lon Kruger, who coached the Rebels from 2004 through 2011 and was the last guy to escort them to the NCAA’s Sweet 16, is one of 11 head coaches with 11-plus NCAA Tournament bids since 2007.

The others are Mark Few, Tom Izzo, Bill Self, Mike Krzyzewski, Roy Williams, Jay Wright (a former Rebels assistant under Rollie Massimino), John Calipari, Matt Painter, Rick Barnes and Rick Pitino, whose wife the Rebels left on the curb at McCarran Airport (as the story goes) the time he actually was a serious contender for the UNLV job in 2001.

— The highest combined point total in NCAA Tournament history that did not include prolific Loyola Marymount as one of the participants was UNLV 121, San Francisco 95 in 1977. LMU’s 149-115 second-round victory over Michigan in 1990 remains the undisputed champion of run-and-gun tournament games. … The San Diego Legion was scheduled to kick off its fourth Major League Rugby season at a temporary stadium at James Regional Sports Park in Las Vegas Saturday after relocating amid the pandemic, but it is seeking to play its remaining matches at a more permanent facility such as Sam Boyd Stadium or Cashman Field. … NASCAR literally has gone to the dogs: COVID-sniffing canines reportedly will be used to identify those going into the garage area at its Atlanta race this weekend. …

Get this: NASCAR says it will use COVID-detecting dogs to screen people going in the garage at Atlanta. Apparently there’s a company that has successfully trained dogs to be able to sniff out COVID. NASCAR is going to see if this works for potential use on fans as well.

The NCAA is challenging a group of Virginia urologists who have trademarked the phrase “Vasectomy Mayhem.” The college sports governing body is claiming the term sounds too much like “March Madness” although filling out the paperwork for each will produce entirely different results.

“The NCAA is challenging a group of Virginia urologists who trademarked the phrase "Vasectomy Mayhem," claiming it's too close to its famed basketball tournament, "March Madness." Lolhttps://t.co/KMvYItYdv6 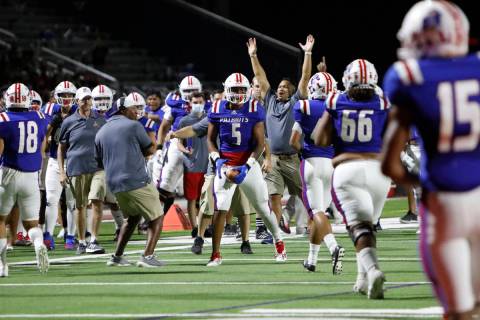 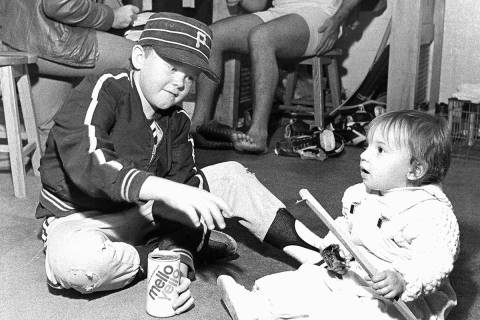