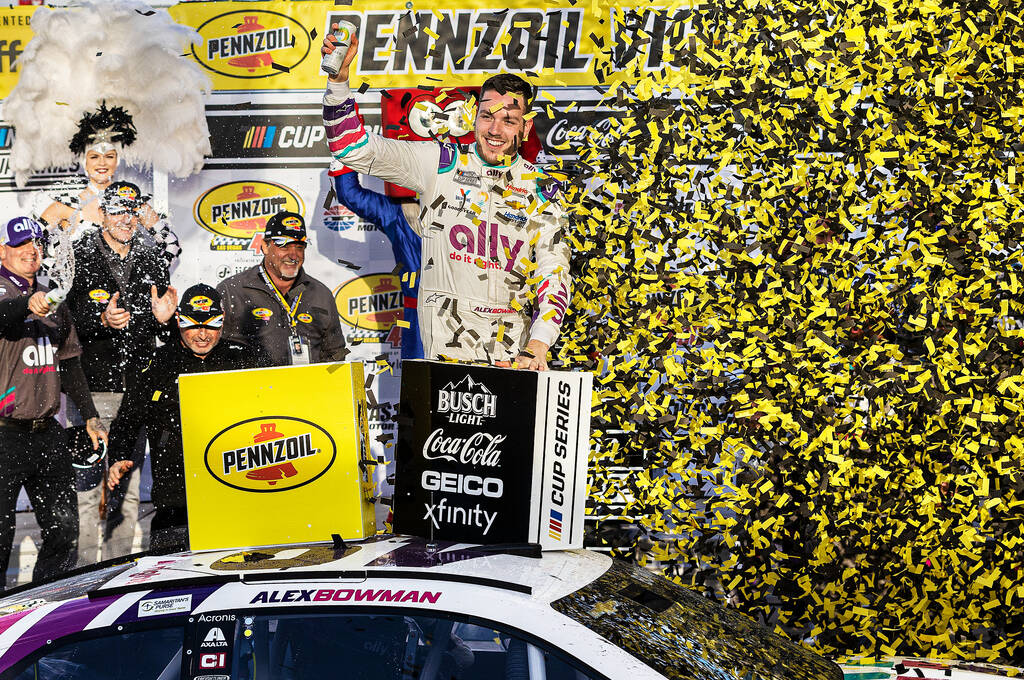 Tua Tagovailoa and the NFL aren’t the only ones with a serious concussion issue.

On the day before the Miami Dolphins’ quarterback was carted off the field after suffering his second apparent head injury in five days, I was speaking via cellphone to Alex Bowman, the NASCAR driver who had a minor brush with the wall during last week’s playoff race in Texas.

He chuckled wryly and said it didn’t feel minor to him.

That was Wednesday. On Thursday, Bowman was examined by doctors and declared unfit to drive in Sunday’s playoff race at Talladega Superspeedway in Alabama.

“There’s a lot of positive things about the cars, but like anything new, there’s learning curves, pluses and minuses,” Bowman said of the controversial Next Gen car.

The new car has leveled the playing field and lowered costs. It also has contributed to a rash of hard-to-explain crashes that have drivers on edge. Two — Bowman and Las Vegas’ Kurt Busch — have now been knocked out of championship contention.

“The back of that car is shorter and stiffer,” Bowman said before being relegated to watching on TV. “You never want to see anybody get hurt, and obviously we have Kurt sitting out now. I think NASCAR is working on making it better, but you can’t just throw parts at it in the middle of the season. I wish you could and things could change quicker.”

Busch was injured when he backed into the wall during qualifying at Pocono Raceway in July. He hasn’t raced since sustaining a concussion that not only ended his bid to win a second NASCAR championship but threatens his career.

He briefly spoke to media for the first time since the crash Tuesday during an appearance at Charlotte Motor Speedway.

“Each week is better progress, (but) I don’t know when I will be back,” said the 44-year-old veteran, who is planning to watch the Oct. 16 playoff race at LVMS from a trackside suite instead of the driver’s seat.

“I feel hopeful. I know I have more doctor visits and distance to go,” added Busch, who, like Bowman, said he was surprised by the severity of the impact after backing into the wall with the new car.

Adding to the angst is that Sunday’s race at Talladega — where the cars run together in high-speed packs — often produces violent multicar crashes and pileups.

If the gentlemen of NASCAR begin holding their breath upon starting their engines, it’s completely understandable.

Pretty disappointing that our sanctioning body refuses to acknowledge or accept any responsibility for drivers getting hurt. It’s the same THEY said. WE knew better. It’s wrong these drivers continue to get taken advantage of by the system.

Completely unacceptable that those in charge have let things get to this point. I remember it like it was yesterday @dennyhamlin in the presentation of the new car to the drivers pleading that the car was to stiff. Data didn’t agree. TIME TO LISTEN TO THE DRIVERS CRASHING THEM! https://t.co/Q9urnlbaWa

■ A young female reporter this week presented Kelsey Plum with homemade earrings inspired by Vegemite after the Aces’ guard recently was named one of the WNBA’s best-dressed players. It happened during the Women’s Basketball World Cup in Australia, Vegemite’s country of origin.

I’m told the sandwich spread is an acquired taste. But to Plum’s credit, when she received the wardrobe accoutrement she acted much the way she did when Tom Brady sent her an autographed jersey.

This afternoon @Kelseyplum10 top scored for @usabasketball in their win over Bosnia-H. Kelsey was voted best dressed WNBA player earlier this week, so I thought I’d make her a little gift. pic.twitter.com/lAHhaYqUH5

That’s cool. But only half as cool as when two former Las Vegas Stars — current UNLV assistant baseball coach Kevin Higgins and Keith Lockhart — did it in the same game in 1994 with the blessing of manager Russ Nixon.

On Monday, Camden Duzenack became one of the few pro players to play every position in one game. He discusses what that feat meant to him and how he's become such a versatile defender. https://t.co/RjQKyNrrdB

“It was a fastball, and it didn’t get to me,” Nixon said in 1998 after Mark McGwire and Sammy Sosa had launched their steroid-assisted pursuit of Maris’ record.

Former Rancho High quarterback (and UNLV basketball great) Greg Anthony was asked on social media if he ever took a hard hit on the high school gridiron.

“I had one and then went back to hoops,” he responded.

I had 1 and then went back to hoops 😂 https://t.co/rQSU0DJnCd 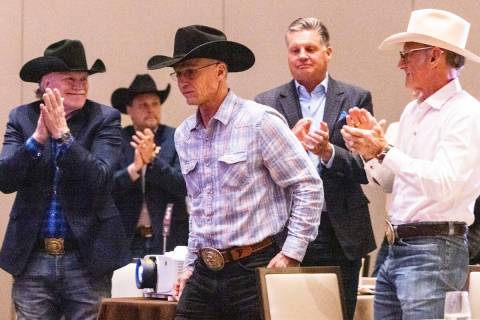 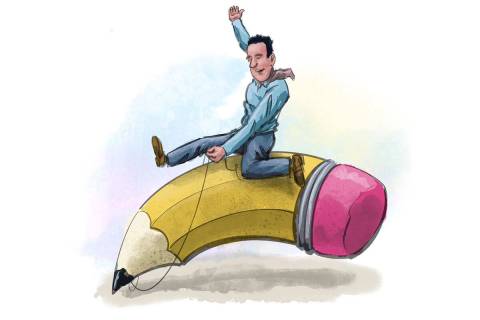 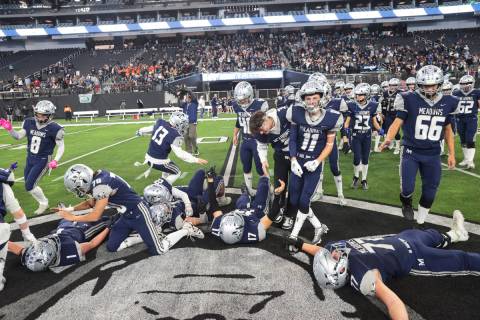 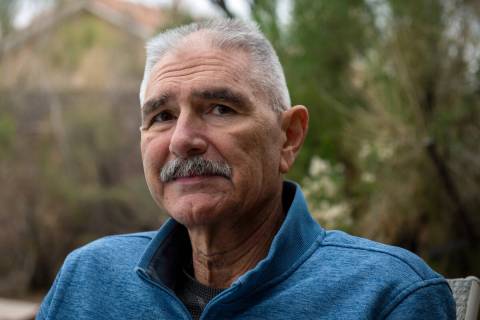 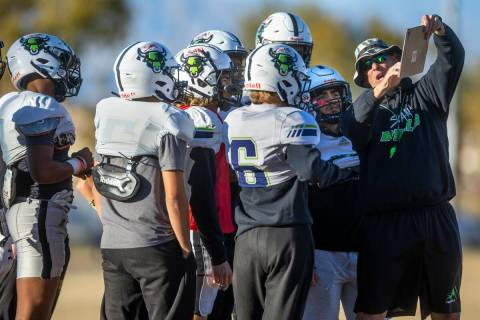 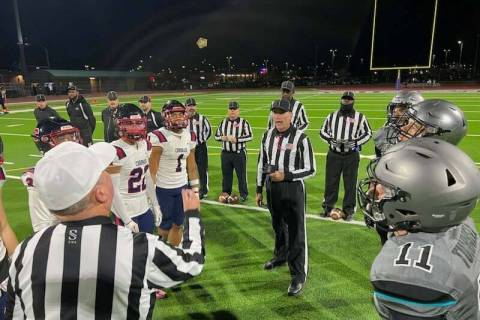 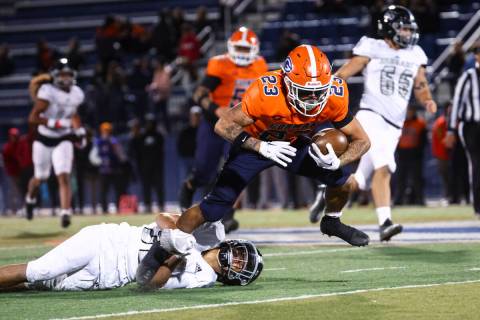 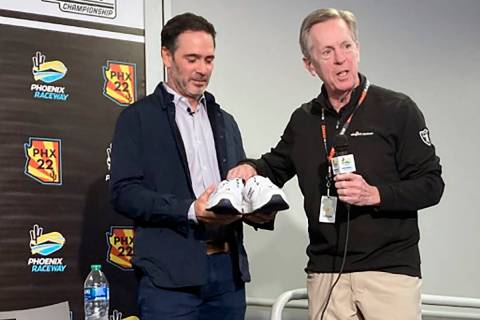 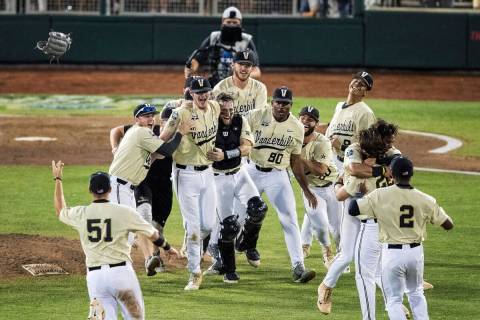 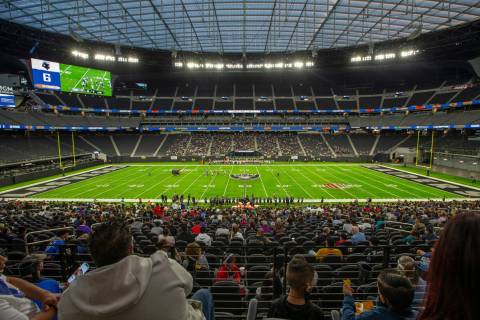