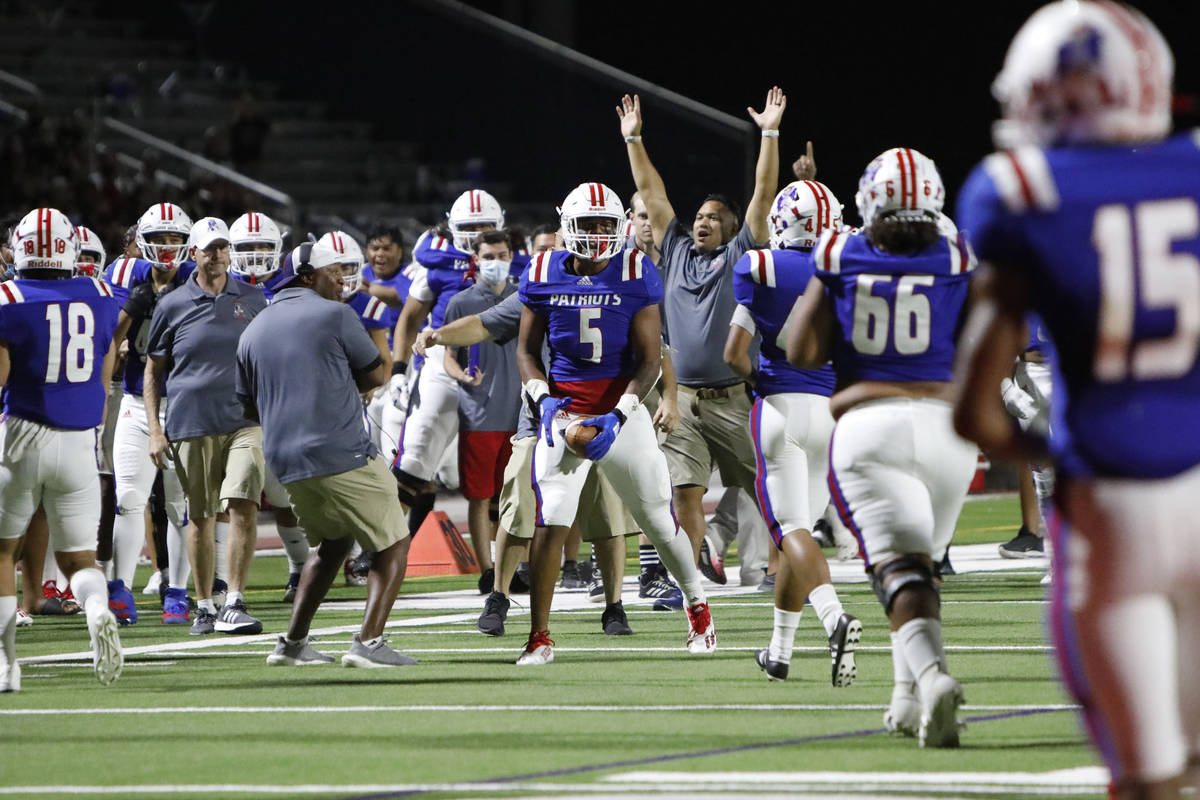 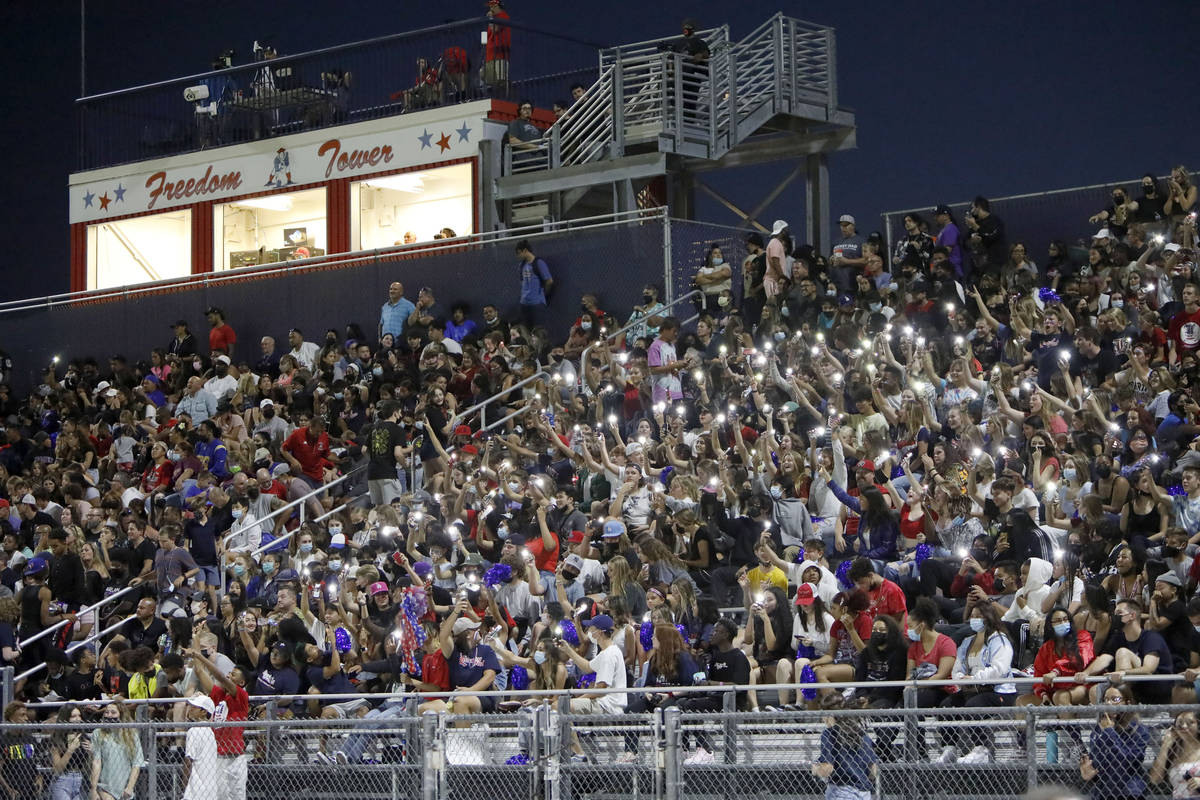 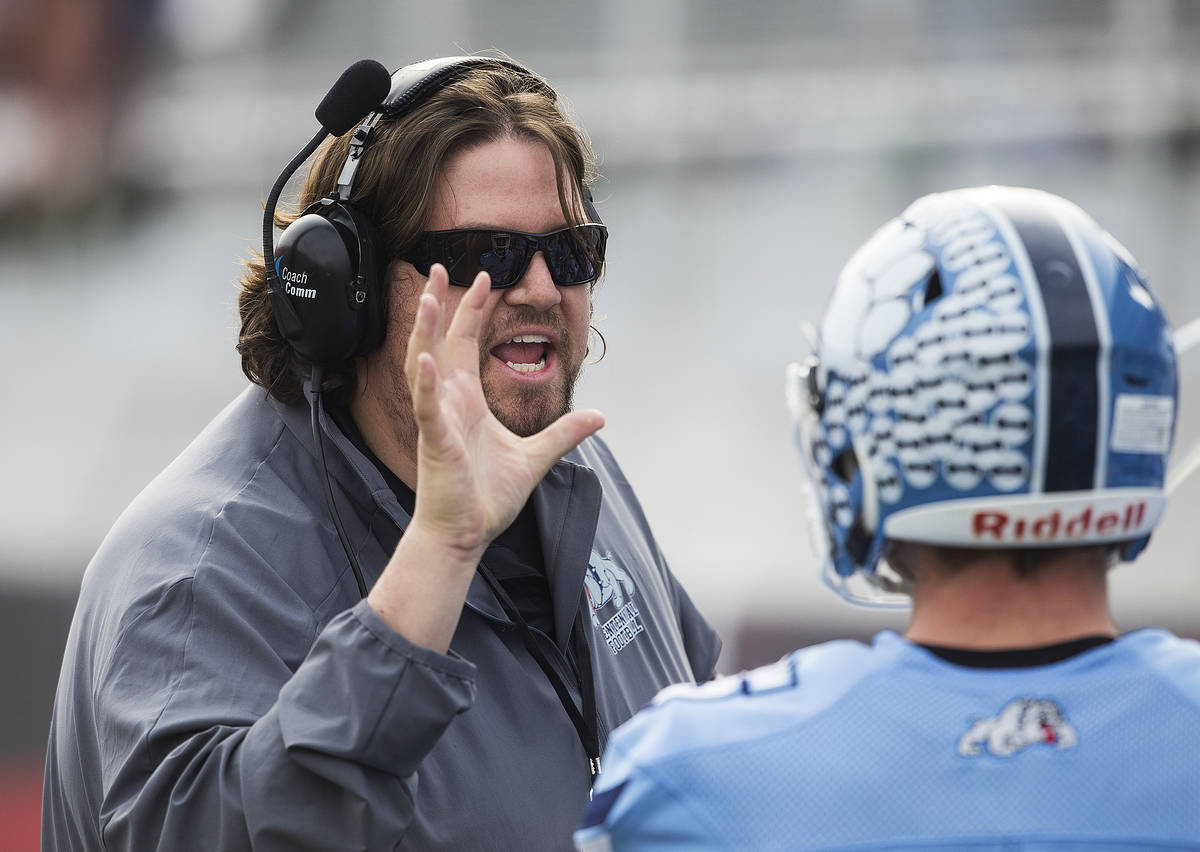 He was so excited to have high school football back Friday that Tim Jackson did look-ins of three games. Only he did it the old-fashioned way: By getting in his vehicle and driving, instead of using the remote control.

“Couldn’t get to all of them in one night, but I got to three (Arbor View-Liberty, Palo Verde-Desert Pines, Durango-Silverado), and the atmosphere was supercharged and the kids were just into it,” said Jackson, the Clark County School District athletic director. “It was good to see our kids being kids again.”

The first weekend back after the 2020 season essentially was canceled because of the COVID pandemic was considered a rousing success. But not all of the kids got seen. Three games in Southern Nevada and five up north were canceled by causes related to the pandemic, player eligibility or wildfires that continue to burn and foul the air.

One was canceled 17 minutes before kickoff.

It was like in the song “American Pie” in which the players tried to take the field and the marching band refused to yield. Only it was smoke from the brush fires that refused to yield, smoking out the Carson City-Sparks game.

On Tuesday, Bishop Gorman’s game against northern private school Bishop Manogue scheduled for Friday at Gorman was canceled by the brush fire smoke that has precluded the Miners from practicing. The Desert Oasis-Del Sol and Indian Springs-Sandy Valley games also were scuttled, with no reason given.

More cancellations are expected this week — and most likely in weeks to come — as the results of weekly COVID tests are learned.

Dustin Forshee, coach of 2019 state runner-up Centennial, said the Bulldogs have been quarantined three times for 30 days since the pandemic hit and narrowly avoided a fourth shutdown before losing 31-22 to Shadow Ridge on opening night.

“We missed the very first week we could have camp because we had a coach who tested positive,” said Forshee, adding that playing games would “absolutely” continue to be a week-to-week consideration amid COVID. He also said the staggered COVID tests — not all teams are tested the same day — could result in last-minute or at least day-of-game cancellations.

“Our test day is Monday, but … you’ll probably have a team that will test Tuesday — and this was what happened with the Bonanza game (against Cheyenne) — and then Friday they got the results, and they canceled the game. The varsity guys get their jerseys, they’re at school and then halfway through the day they (learn) you’re not playing tonight, because somebody tested positive.”

The Nevada Interscholastic Activities Association echoed CCSD’s Jackson by saying it was great to see a high percentage of games played as scheduled opening weekend. But it would take a Hail Mary of Roger Staubach to Drew Pearson proportions for one to expect the problem with COVID to go away anytime soon.

The issue of player eligibility should greatly clear up after the first grades of the semester are learned in another week or so. But the NIAA, in concert with the various school districts, already is working on a Plan B — and even Plans C and D — should the pandemic continue to wreak havoc with schedules. Other fall sports, such as soccer, also have lost games.

It’s problematic to reschedule football games because the rules allow teams to play only once during a five-day period.

“To try to restructure Friday games and move them to Monday to where it’s possible to play the next Saturday, it gets really difficult with transportation and officials involved,” said Bartt Davis, the NIAA’s coordinator of sports. “We’ve got plans in the back pocket, so to speak, but we’d rather not have to dig into them.”

But of all the actions being considered, most still like Tim Jackson’s of getting into one’s car and driving around town seeing smiles under Friday night lights the best. 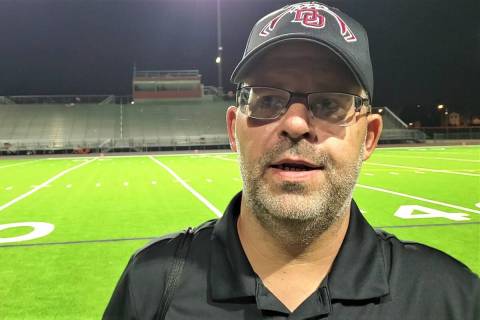 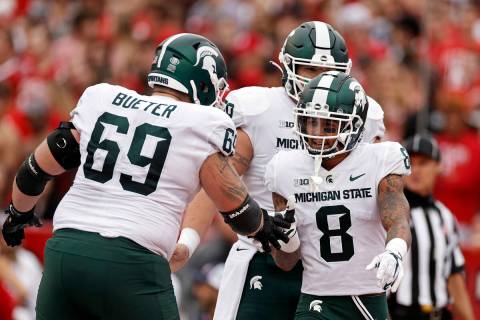 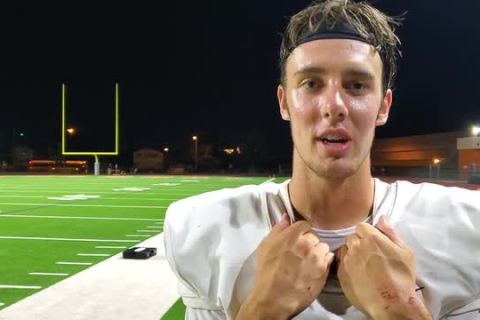 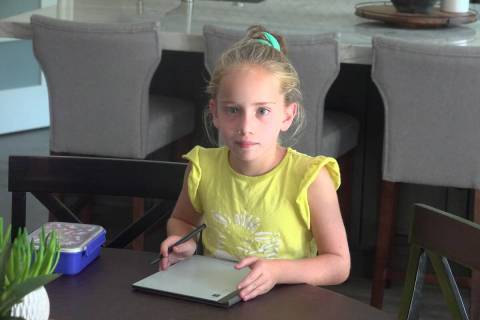 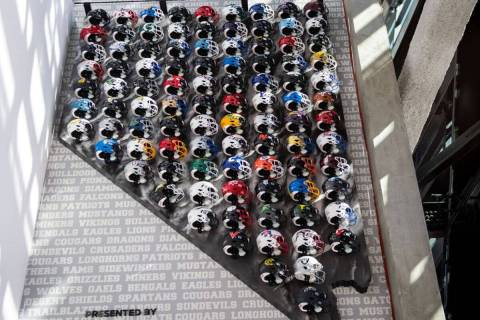 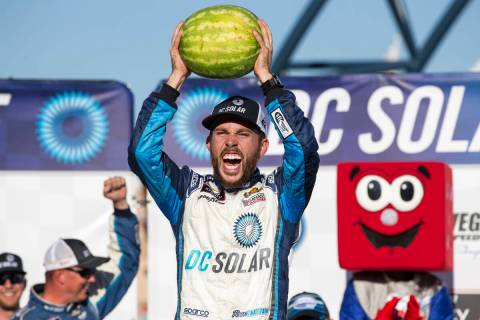