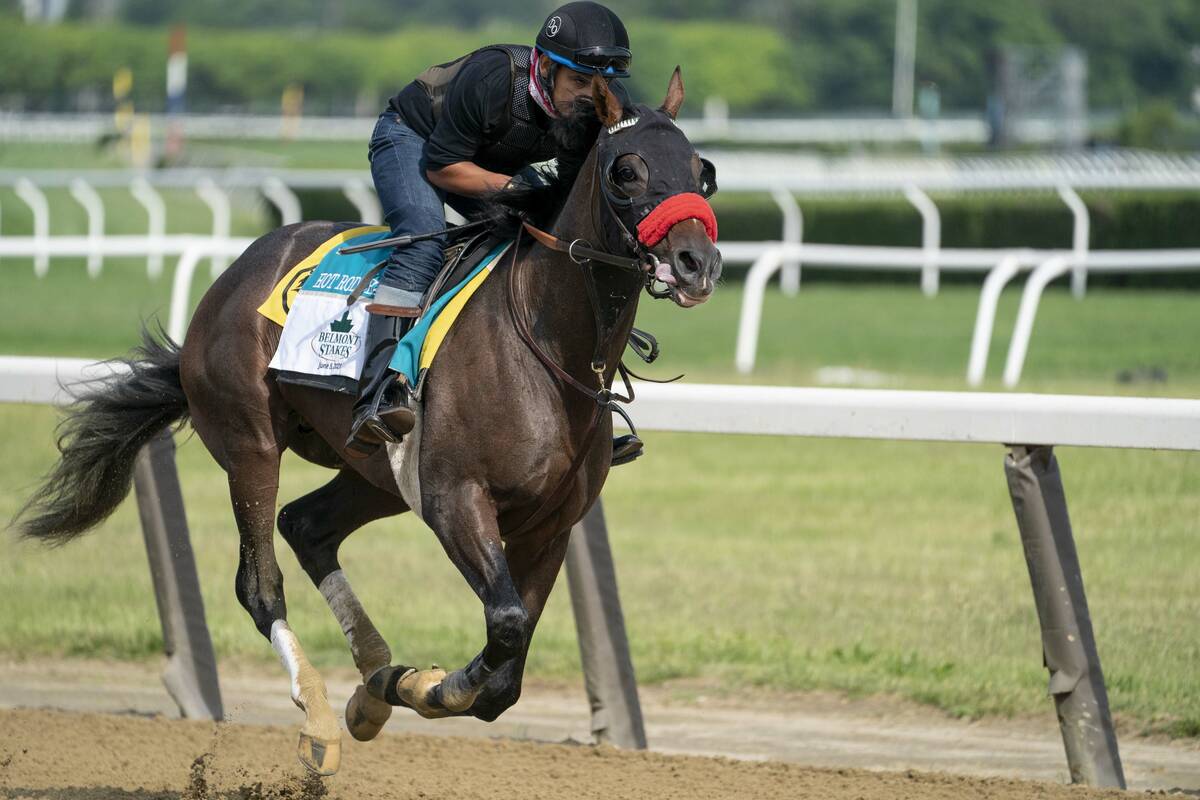 Like an abstract painting that you’ve stared at for far too long, the 38th running of the Breeders’ Cup – now just six weeks away – is suddenly snapping into shape.

Many horses whose connections are aiming for the two-day “World Championships” of thoroughbred horse racing already have earned a spot in the starting gate at Del Mar on Nov. 5-6, either via a “Win and You’re In” qualifying race or a victory in some other prestigious stakes.

For those that haven’t, it’s put up or shut up time in a flurry of races beginning this weekend.

Much of the focus Saturday will be on Parx Racing, formerly Philadelphia Park, where two stakes with possible Breeders’ Cup implications will be run.

Tops is the $1 million Pennsylvania Derby for 3-year-olds, led by 5-2 morning line favorite Hot Rod Charlie, runner-up in last year’s Breeders’ Cup Juvenile and this year’s Belmont Stakes, and his star-crossed rival Midnight Bourbon, who fell after clipping heels with Hot Rod Charlie in the Haskell Stakes at Monmouth Park, then was nipped by Essential Quality in the Travers Stakes last month at Saratoga.

The Grade 1 race, which also drew other familiar faces from the Triple Crown, Keepmeinmind (8-1), Weyburn (12-1) and Bourbonic (12-1), would have been even more interesting had trainer Bob Baffert not withdrawn Kentucky Derby winner Medina Spirit. Baffert made the call on Tuesday, saying he was unhappy that the colt drew the 9 hole for the race.

A victory in the 1⅛th mile race, which also features several late blooming sophomores, would likely pave the way for an entry in the $6 million Breeders’ Cup Classic on Nov. 6, where the victor can expect to face the likes of top older horse Knicks Go and likely 3-year-old champ Essential Quality, both trained by Brad Cox, as well as other seasoned foes like Code of Honour, Maxfield, Max Player and others.

The preceding race on Saturday at Parx, the $1 million Cotillion Stakes for 3-year-old fillies, also could have ramifications for the Breeders’ Cup Distaff. The Steve Asmussen-trained Clariere is the 2-1 morning line favorite.

A tragedy and a farewell

Very sad news from across the pond on Thursday when the Daily Racing Form reported that Santa Barbara, who captured two Grade 1 races in the U.S. this summer, had been euthanized after suffering complications from a fractured pelvis.

The 3-year-old filly had been considered likely to return for the $2 million Breeders’ Cup Filly & Mare Turf at Del Mar after capturing both the Belmont Oaks Invitational Stakes in July and the Beverly D. Stakes last month at Arlington Park with an explosive turn of foot.

Trainer Aidan O’Brien had said earlier in the week that the daughter of Camelot, whom he and his wife also bred, had suffered a “setback” after the injury.

It pales in comparison, but it was announced Thursday that the sensational mare Monomoy Girl has been retired after suffering a minor injury while training at Churchill Downs on Tuesday. The 6-year-old mare, who will be bred at Spendthrift Farm, wraps up her scintillating career with 14 wins from 17 starts and two divisional championships for Cox.

Finally, Arlington Park will run what may be its final race on Saturday, after which owner Churchill Downs Inc. is expected to quickly announce which bidder will get the coveted property outside Chicago. Most observers are betting that won’t include horse racing, but slivers of hope remain for now.