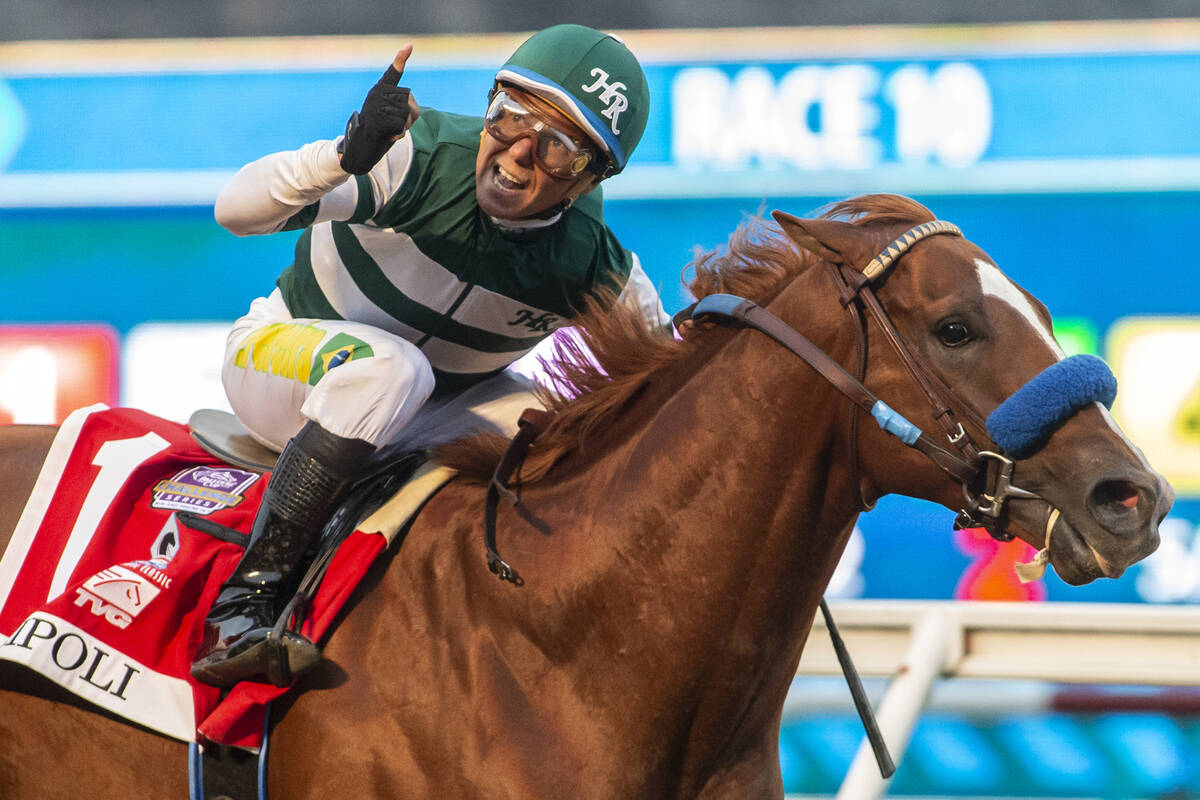 The latest testimony in support of that maxim comes from Del Mar and Saratoga, both of which smashed handle records at their just-concluded summer meets.

Saratoga blasted past its previous high mark of $705 million from 2019, with $815.51 million and change passing through the windows and computers during its 40-day meet that ended on Labor Day.

If you don’t want to whip out your calculator, that works out to a 15.6 percent increase and an average daily haul of $20.39 million despite a fair number of weather-hampered days.

The historic upstate New York track also had fans pouring through the turrets, with attendance reported at 1.05 million. That’s in contrast to last year, when COVID-19 cleared the grandstands at both tracks.

Del Mar’s summer program, meanwhile, which was climbing off the gurney last year after being forced to cancel a weekend’s worth of races following a slew of COVID cases in the jockeys’ room, rebounded nicely as well.

The surge was in large part driven by field size, which increased from an average of 8.36 starters per race in 2020 to 8.45.

Yes, it helps if you are located in an area where post cards are a major source of revenue. But as Kentucky Downs has proven, it’s not a requirement

That’s worth serious consideration by track executives and racing authorities as the population of racehorses continues to dwindle and the sport faces increasing wagering competition.

On the subject of Kentucky Downs, the only European-style turf track in the U.S. has two more racing days left before it wraps up its two-weekend run.

Saturday’s card is particularly strong, with five stakes races headlined by the $1 million Calumet Turf Cup Stakes, a Grade 2 contest for 4-year-olds and up at 1½ miles that features two-time race winner Arklow and Zulu Alpha, winner of the 2020 Pegasus World Cup Turf Invitational Stakes (Grade 1) among other top turf runners.

Trainer Mike Maker, the all-time leading trainer at Kentucky Downs, will have ’em surrounded, saddling five — and possibly six if Dynadrive draws in from the also-eligible list — of the 12 horses expected to start in the race, including Zulu Alpha.

I mentioned last week that many handicappers struggle to find winners over the unique undulating oblong course, but it took only two words to ensure a nice day at the windows over the first two days of racing at the Franklin, Kentucky, track co-owned by Las Vegas resident Ron Winchell. They were “Joel” and “Rosario.”

The peripatetic rider won 10 races out of the 17 he rode, returning a flat $40 profit to anyone who blindly backed him with $2 win bets during his opportunities.