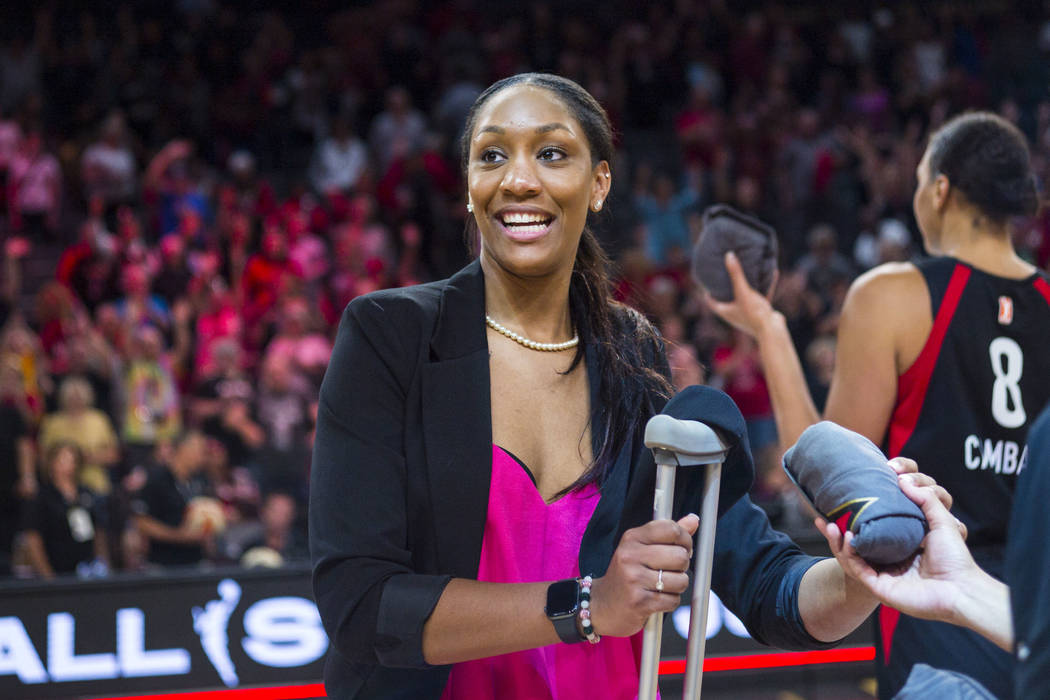 They traded coaches, too.

Wilson, who stars for the Aces and Delle Donne, who leads the Washington Mystics, will team with their own head coaches in Saturday’s 12:30 p.m. game at Mandalay Bay Events.

Aces coach Bill Laimbeer was supposed to coach Team Delle Donne while Washington coach Mike Thibault was scheduled to coach Team Wilson. But the two made an informal agreement two switch ahead of the draft, and the rest of the league’s coaches backed it — prompting Delle Donne to propose the swap.

“That was the biggest thing for me,” Wilson said with a smile. “I was like ‘Come on. I have to get Bill.’ ”

Wilson rounded out her prospective starting lineup with Seattle Storm forward Natasha Howard and Chicago Sky guard Diamond DeShields. She injured her ankle last week and won’t play Saturday, and will decide with Laimbeer on her actual replacement in the starting lineup.

The Aces’ rivalry with the Mystics continues — even at the All-Star Game.

The All-Stars are set to practice Friday at Mandalay Bay Events Center.

“It’s a pain,” Laimbeer said with a laugh of his role as an All-Star coach. “I’d rather have the time off than have to go to parties, and have to coach the game, and have to go parties. … This is what my players got for me. So I guess, all right. Whatever.”