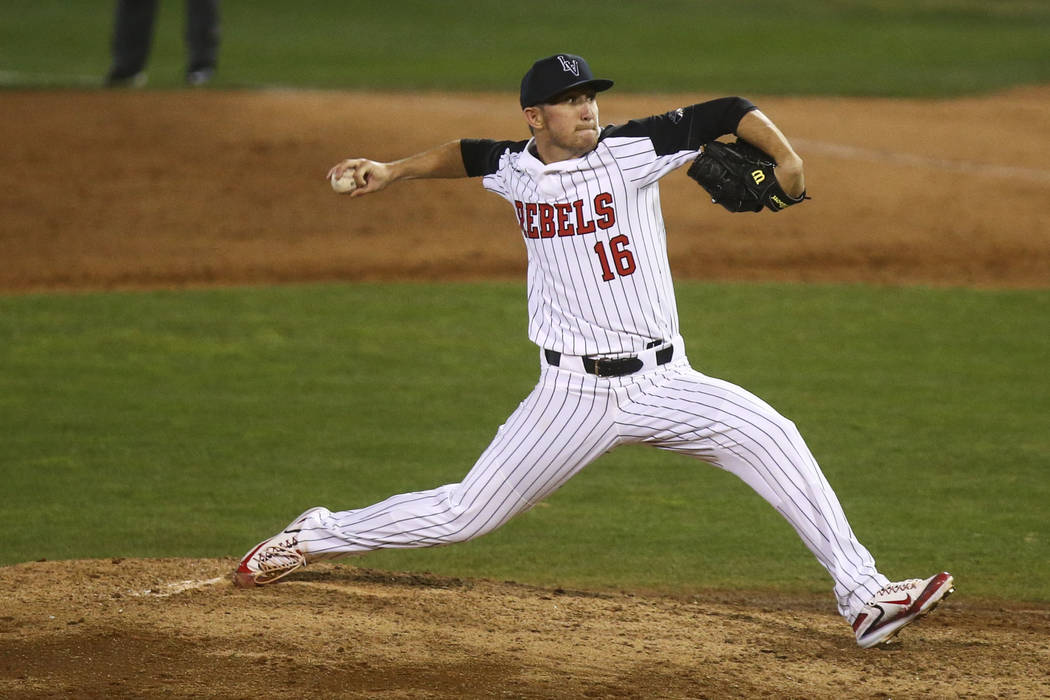 Right-hander Alan Strong gave UNLV what it needed while his team’s offense did its part.

The Rebels’ bullpen was another story in Thursday’s first-round game of the Mountain West baseball tournament at San Diego’s Tony Gwynn Stadium.

UNLV blew a seven-run lead to UNR, but some clutch pitching in the bottom of the eighth inning and a five-run outburst in the ninth allowed the Rebels to escape with a 13-8 victory.

“We were cruising at 8-1, but I never felt comfortable in the playoffs, and Nevada’s a good team,” UNLV coach Stan Stolte said. “But I knew that we could hang on and get this back. We showed great poise coming back and scoring five runs.”

Backed by Strong’s six innings in which he gave up five hits and two runs, UNLV took an 8-1 lead over the Wolf Pack. The Rebels’ bullpen allowed six runs and seven hits in the final three innings, but reliever Bryan Menendez (3-1) got UNLV out of a bases-loaded, no-out situation in the eighth to preserve a tie.

Five UNLV players had two hits apiece, with Kyle Isbel and Nick Rodriguez each driving in three runs. Isbel also homered and made a diving catch in center field.

Isbel and Bryson Stott were named to the all-conference first team Thursday, and teammates Nick Ames, Menendez, Rodriguez and Strong were selected to the second team.