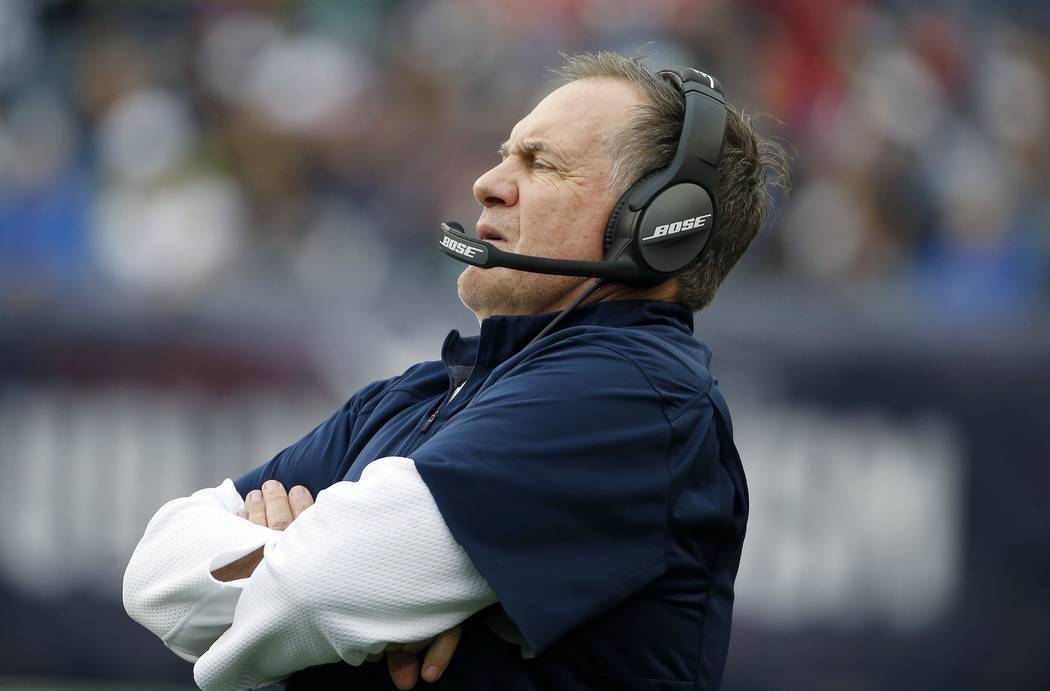 New England Patriots head coach Bill Belichick watches from the sidelines during the second half of an NFL football game against the Los Angeles Chargers, Sunday, Oct. 29, 2017, in Foxborough, Mass. (AP Photo/Michael Dwyer)

Just a shot in the dark here, but we’re guessing Bill Belichick’s favorite holiday is Halloween.

The perpetually dour-looking Patriots coach doesn’t need a costume. He can just wear his trademark blank facial expression that would be perfect for The Hoodie’s signature Halloween mask.

Belichick was wearing that expression after New England’s 21-13 win over the Chargers on Sunday, when a reporter asked, “Coach, the game was played predominantly in the teens. Is that a style that you’re comfortable with playing?”

Belichick gave his inquisitor a cold stare before responding, “What are you talking about?”

Reporter: “Well, not scoring a lot of points … more low-scoring, grind-it-out. Is that a style you like, the team prefers?”

“Well, we prefer to win. OK. I don’t know,” Belichick said before shrugging his shoulders and shaking his head in disgust.

Money-line bettors simply prefer to win, too. In a relatively new wagering trend, bettors are taking the point-spread out of the equation and parlaying favorites on the money line.

The strategy worked almost flawlessly Sunday as favorites went 10-1 straight up and 6-5 against the spread.

“We needed to get one of those favorites to lose outright. That really hurt us because everybody does teasers and money-line parlays,” CG Technology sports book director Jason Simbal said. “There are way more people than I can ever remember that are taking favorites on the money line in parlays.

The Panthers pulled off the only outright upset in a 17-3 win over the Buccaneers. But the game was essentially a pick’em with Tampa Bay closing as a 1-point favorite over Carolina, which was one of Sunday’s most popular plays.

Stephen Gostkowski kicked a 29-yard field goal with 1:08 left to give the Patriots a 21-13 lead and cover as 7-point favorites over the Chargers.

While our weight went up and bankroll went down this weekend, the biggest losers for Las Vegas sports books Sunday were the Vikings, Cowboys and Eagles.

The wise guys and regular guys were both on Minnesota, which outscored the Browns 21-3 in the second half in London to cover as 11-point favorites in a 33-16 win.

“Whenever the sharps are against the Browns, we know where the public is going to be,” Simbal said. “That’s never a good recipe.”

The pros and Joes also were both on Dallas, which got two touchdowns from Ezekiel Elliott and forced three turnovers to cover as 3-point favorites in a 33-19 win over Washington.

“We were up a little bit before that game but it flipped us and made us a medium-sized loser,” The Mirage sports book director Jeff Stoneback said. “We not only had a casino player place a six-figure bet on the Cowboys (Saturday) but money came in late (Sunday) on the Cowboys by the professionals.”

Stoneback said MGM Resorts sports books got middled in the Saints’ 20-12 win over the Bears, who were getting 9½ points early in the week and closed as 7½-point underdogs.

Double-digit underdogs were 5-2 this season before going 1-2 Sunday. Of course, we were on the the only double-digit favorite that didn’t cover in the Bengals, who barely beat the Colts, 24-23, in the best decision of the day for the books.

The so-called sharps were on the 49ers early in the week but the public was all over the Eagles, who cruised to a 33-10 win and cover as 12½-point favorites to run their NFL-best record to 7-1.

Minnesota, which hosts Super Bowl LII in February, enters its bye at 6-2 and the Saints, Rams and Seahawks are each 5-2.

“I like the Vikings a lot,” Simbal said. “That’s not a defense I would want to be messing around with come January.”

The Patriots and Steelers are tied for the AFC’s best mark at 6-2, while the Chiefs and surprising Bills are each 5-2. Pittsburgh covered as 3-point favorites Sunday night in a 20-15 win over Detroit.

Houston rookie quarterback Deshaun Watson put on his young Russell Wilson costume and busted Seattle’s Legion of Boom defense for 469 yards and four TDs in his first trip to CenturyLink Field. The Texans covered as 6½-point underdogs but lost 41-38 when Wilson threw a TD pass to Jimmy Graham with 21 seconds left in the most entertaining game of the year.

“I’m super impressed with Deshaun Watson,” Sunset Station sports book director Chuck Esposito said. “I was stunned at how many points were scored there. He went to two of the toughest places in the NFL, in New England and Seattle, and could’ve easily won both games.” 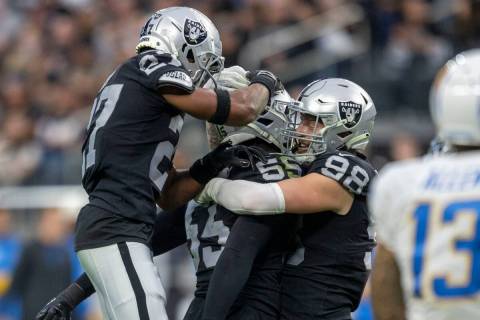