For the second straight game, the Aces built a big lead only to watch it wither away in the final minutes.

But just like in Saturday’s win over the first-place Seattle Storm, Las Vegas managed to hold on Tuesday for a 96-92 win over the Dallas Wings.

A’ja Wilson had 26 points and nine rebounds, and Dearica Hamby finished with 18 points and 14 rebounds for Las Vegas (11-3), which has won 10 of its past 11 games and finished the season sweep of Dallas.

Rookie Satou Sabally had 28 points and 11 rebounds for the Wings (5-10), who also received 21 points and five assists from Arike Ogunbowale, the league’s leading scorer.

“I was worried about the energy going into this game, but they brought the energy,” Aces coach Bill Laimbeer said. “A’ja did a nice performance tonight and really carried us most of the way, and Hamby had a very solid basketball game.”

Here’s three takeaways from the win:

The Aces led by as many as 17 points in the third quarter and by 13 with less than four minutes to play.

The Wings never made an extended run, but they made three 3-pointers and all three free throws after being fouled on a long-range shot. The last of those 3-pointers came from Sabally with 2.8 seconds left and made the score 94-92, but Lindsay Allen then hit two free throws for the Aces.

“We let them back in the game, so that’s a little disturbing,” Laimbeer said. “We can’t let that happen. It’ll burn us one day. We get a lead, and we start throwing the ball over the gym, turnovers — bad turnovers — rushed shots. Hopefully we learn from this.”

One of the reasons the Aces have survived in the fourth quarter has been their play in the second. They outscored the Wings 29-19, the third straight game in which they’ve won the second quarter by at least 10.

Big night from the line

The Aces led the WNBA in free-throw attempts with 23.4 coming into the game, and they increased that number Tuesday by going 32-for-37 from the line.

Wilson was the main contributor with a 12-for-12 performance that tied the franchise record and the league high for the season for free throws without a miss. The Wings used a small lineup for much of the night, and the Aces took advantage by getting the ball in the paint.

“Any lineup they had in, we were told to get the ball in,” Hamby said. “But obviously we took advantage of it when they had their smaller lineup in.”

Dallas dials in from deep

By the end of the first quarter Tuesday, Dallas had made five and was on its way to a 15-for-40 night from the 3-point line, a 37.5 percent clip that helped keep it in the game.

“We saw a team tonight shoot 40 3-balls against us,” Laimbeer said. “And they made a lot of them, a lot of tough shots, a lot of weird shots, but we still persevered.”

Two of Dallas’ 3-pointers came at the end of the second quarter from Kayla Thornton that banked in and from Marina Mabrey at the end of the third. Both shots left the Wings trailing by nine and within striking distance.

The Aces will face the Storm (12-3) for the second time in three games Thursday. Las Vegas won the first meeting 82-74 on Saturday. 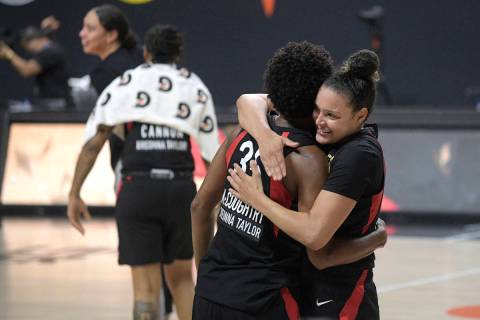 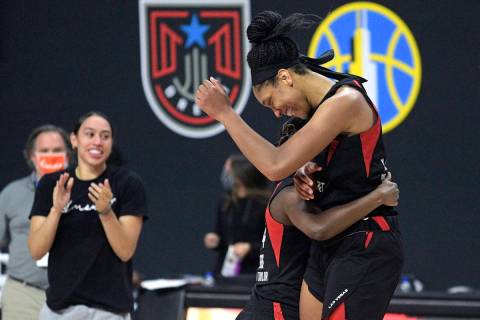 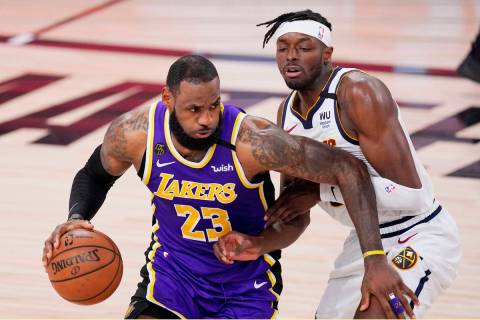 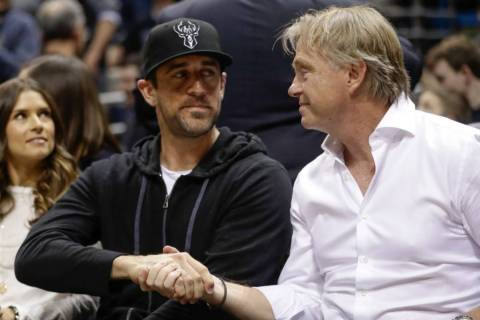 Bucks owner says it’s ‘when, not if’ an NBA team lands in Las Vegas
By Mick Akers / RJ

With the culmination to the long, strange trip of an NBA season kicking off Wedensday with the NBA Finals inside the Florida bubble, a question remains, could that trip one day include Las Vegas? 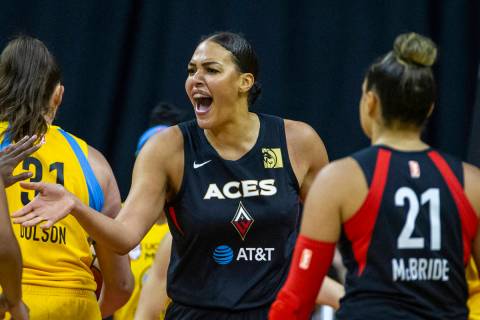 Las Vegas Aces star Liz Cambage, who opted out of the WNBA season because of COVID-19 concerns, talked about her personal life in an interview with Playboy. 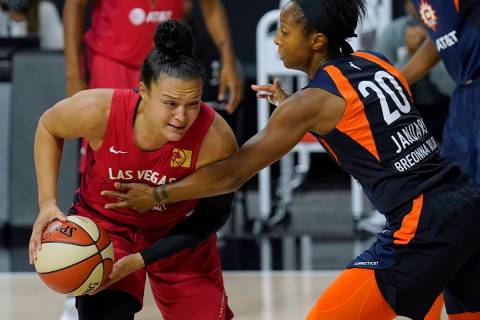 The Aces face a deciding Game 5 against the Sun and hope to avoid being the first No. 1 seed in the current playoff format to not reach the WNBA Finals. 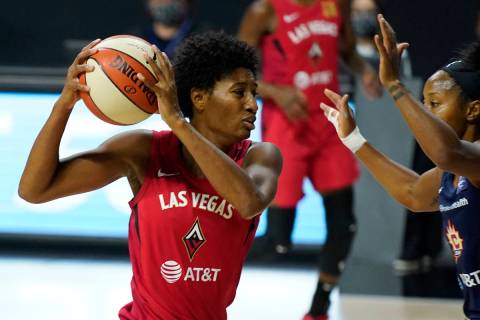 Aces forward Angel McCoughtry scored 16 of her 29 points in the third quarter, and the Aces beat the Sun 84-75 to force Game 5 in the WNBA semifinals. 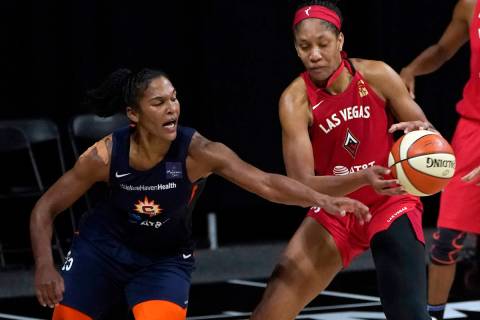 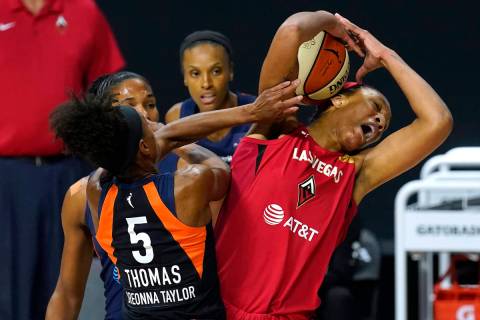 Aces collapse late, on brink of elimination in playoffs
By Mark Anderson / RJ

The Connecticut Sun closed Thursday’s WNBA playoff semifinal game with a 20-4 run to defeat the Aces 77-68 and take a 2-1 lead in the best-of-five series. 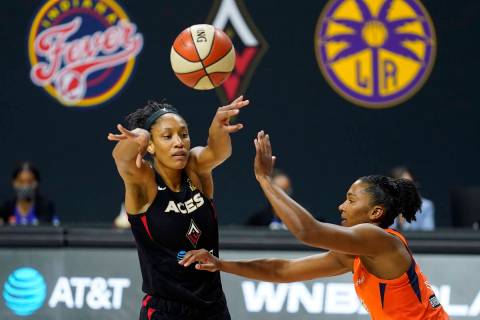 The Aces were the No. 1 seed for the playoffs despite shooting by far the fewest 3-pointers in the regular season at 254. They made 93, the only team that hit fewer than 100.