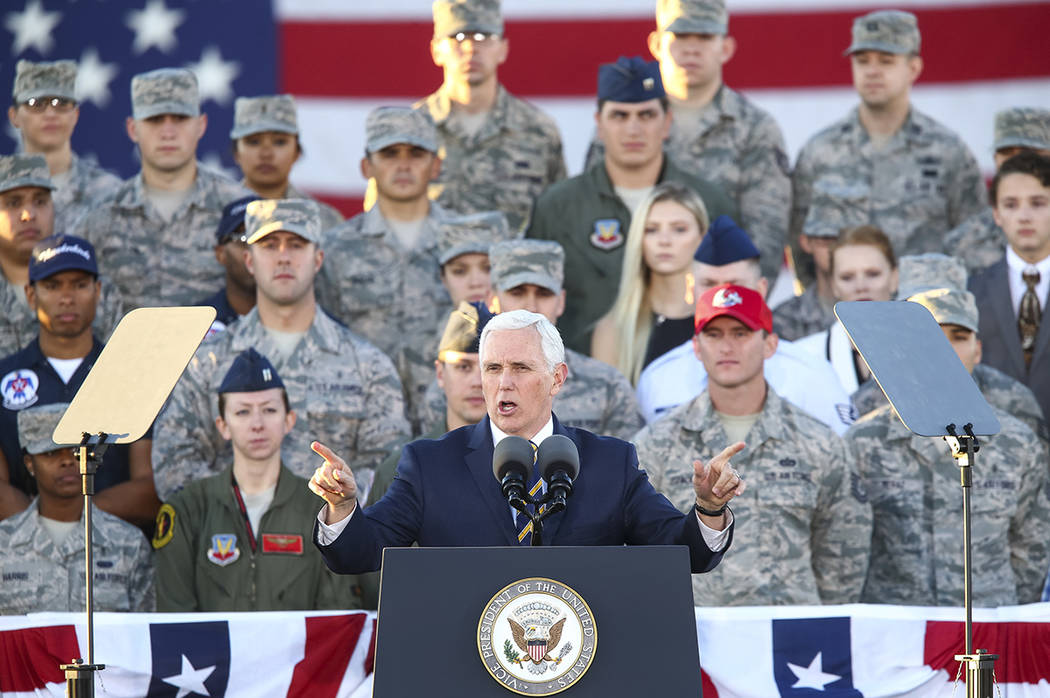 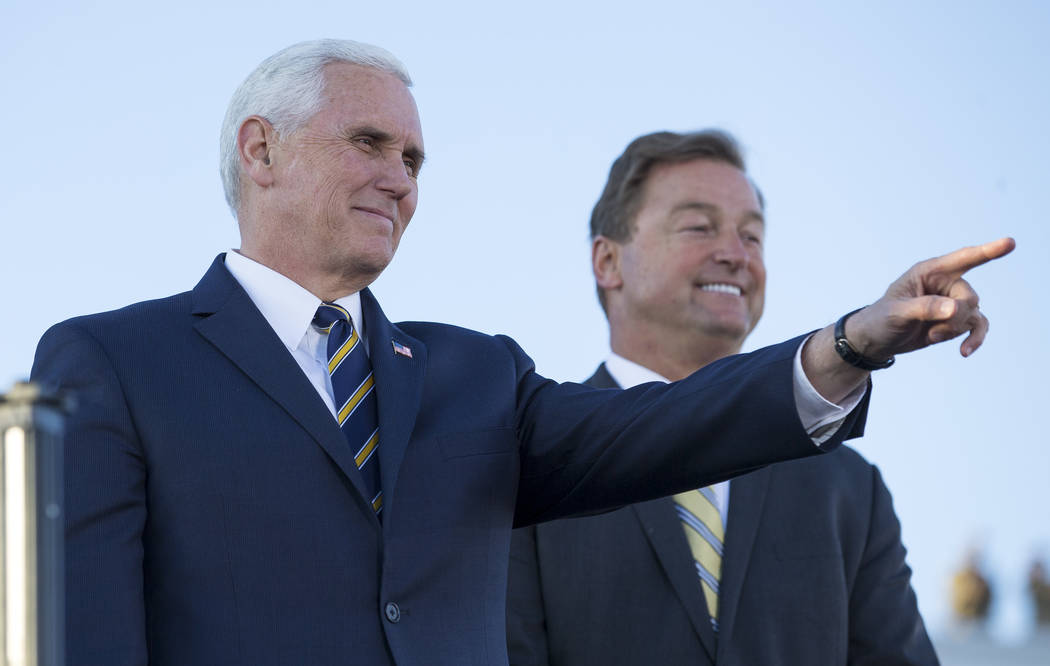 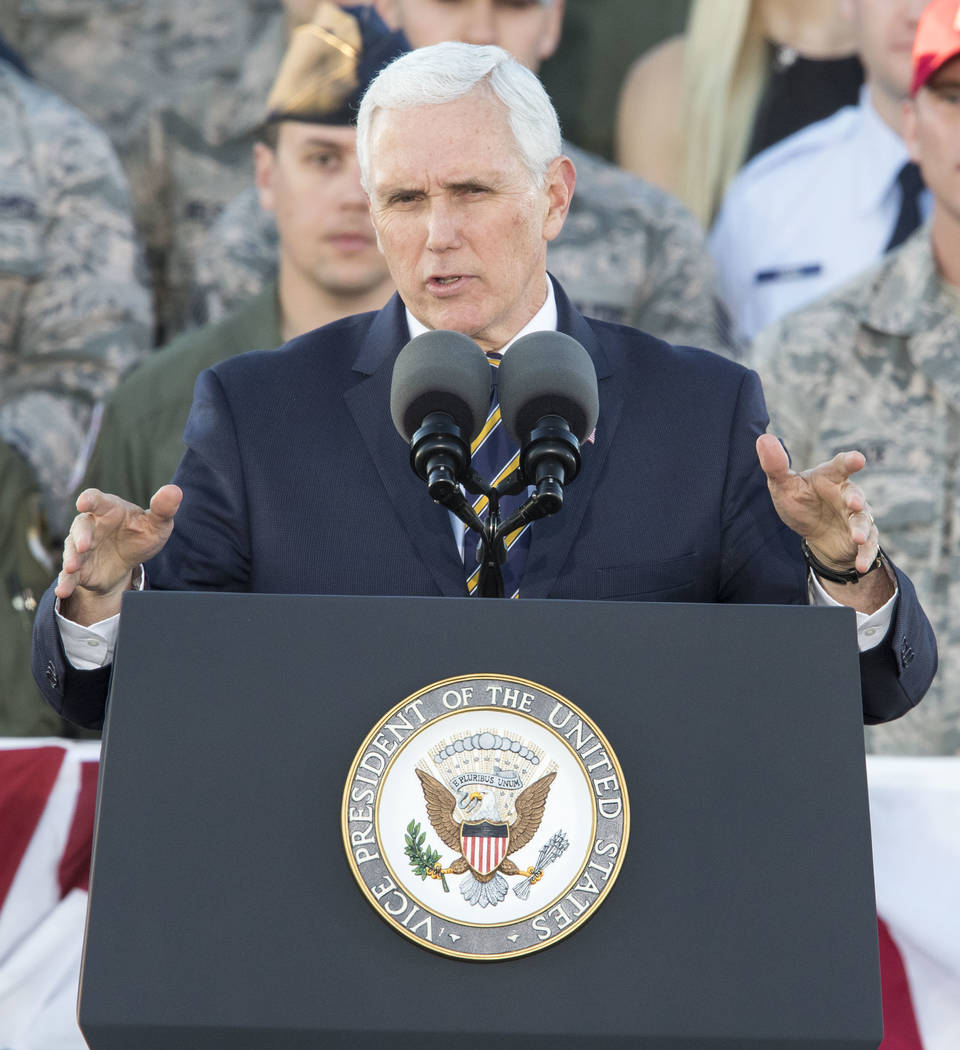 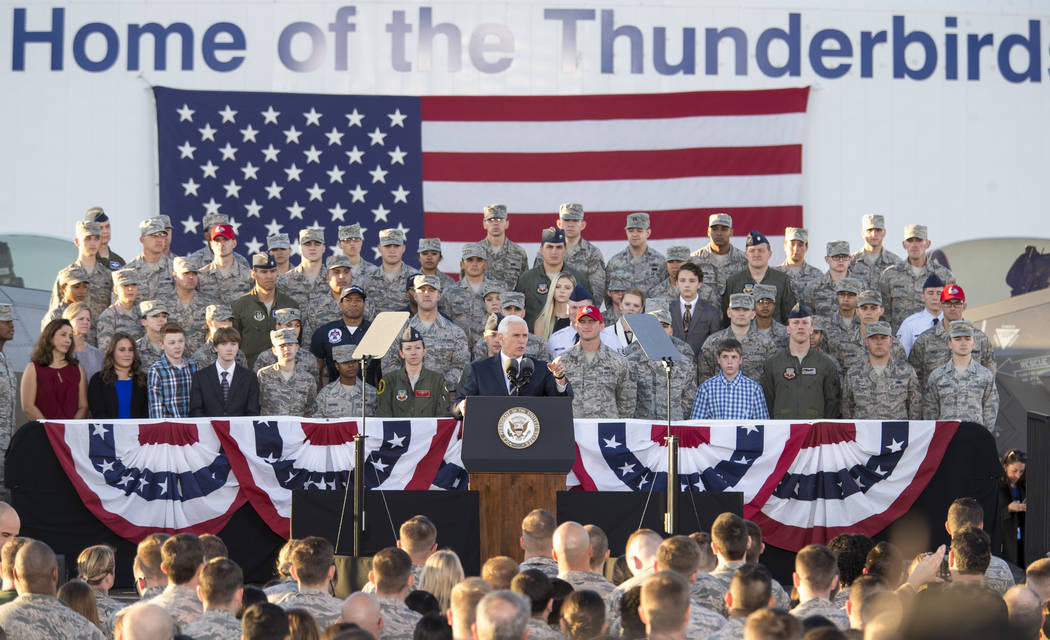 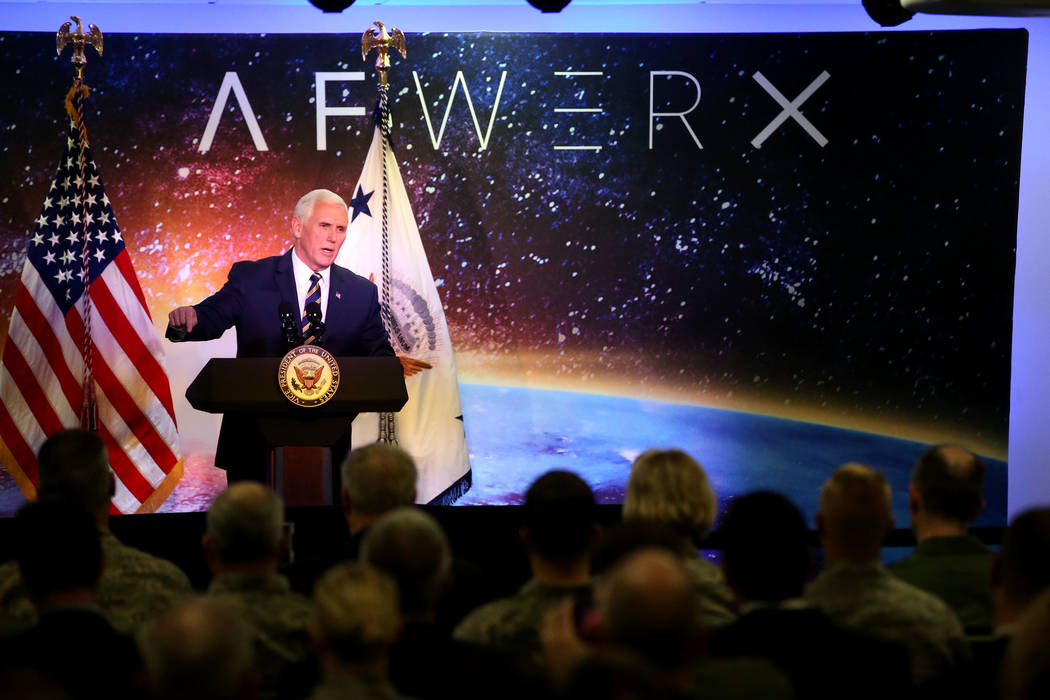 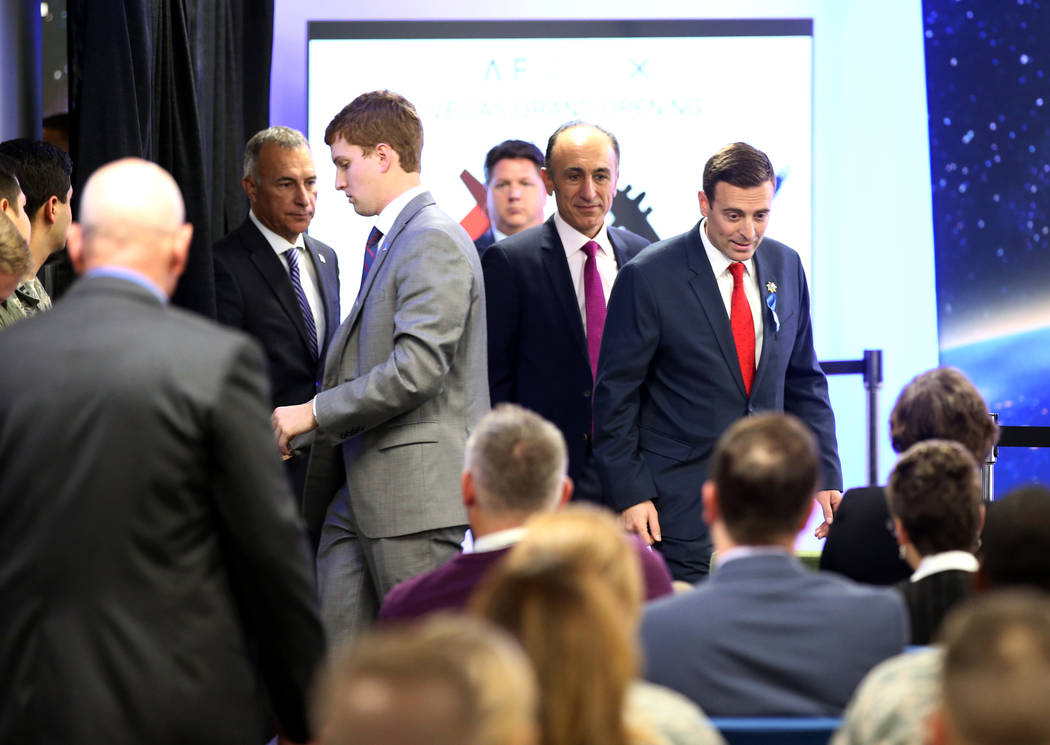 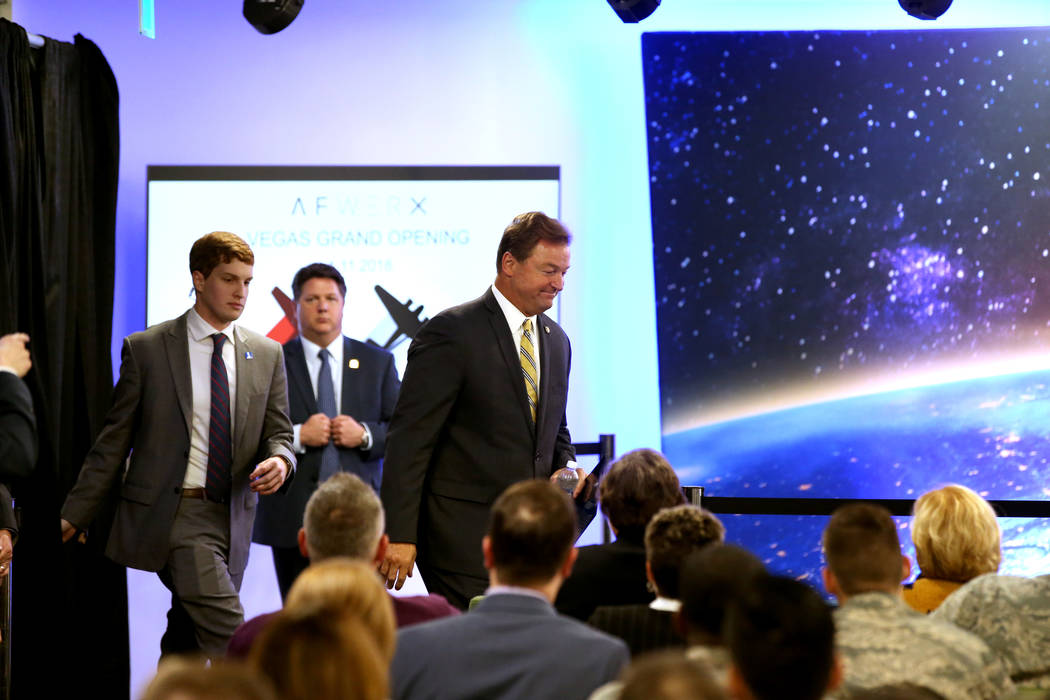 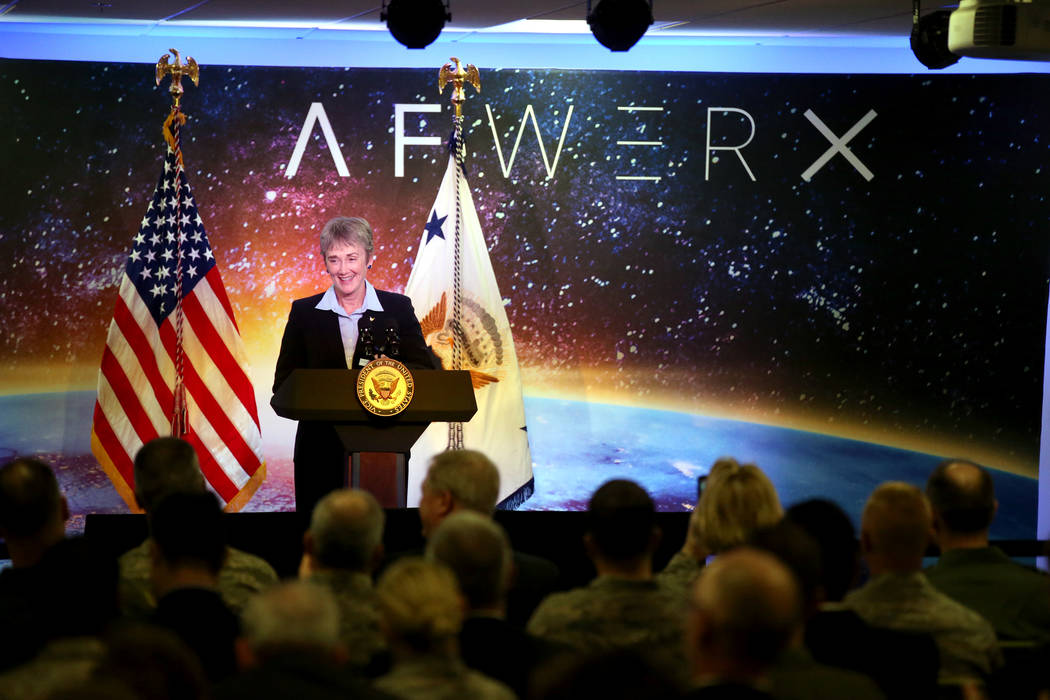 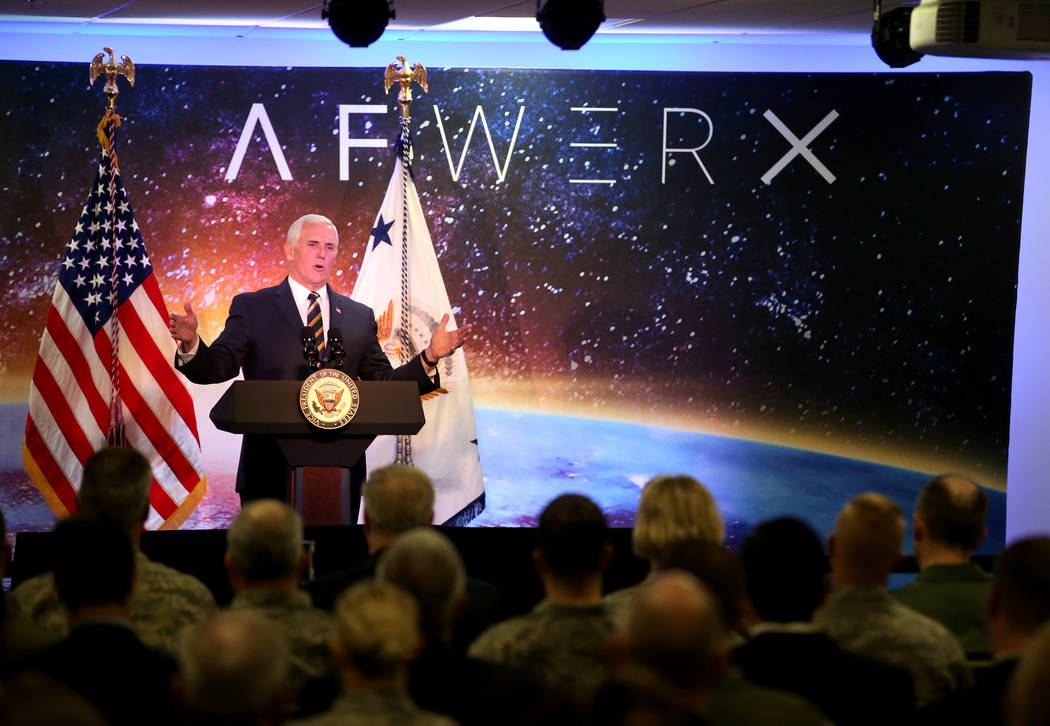 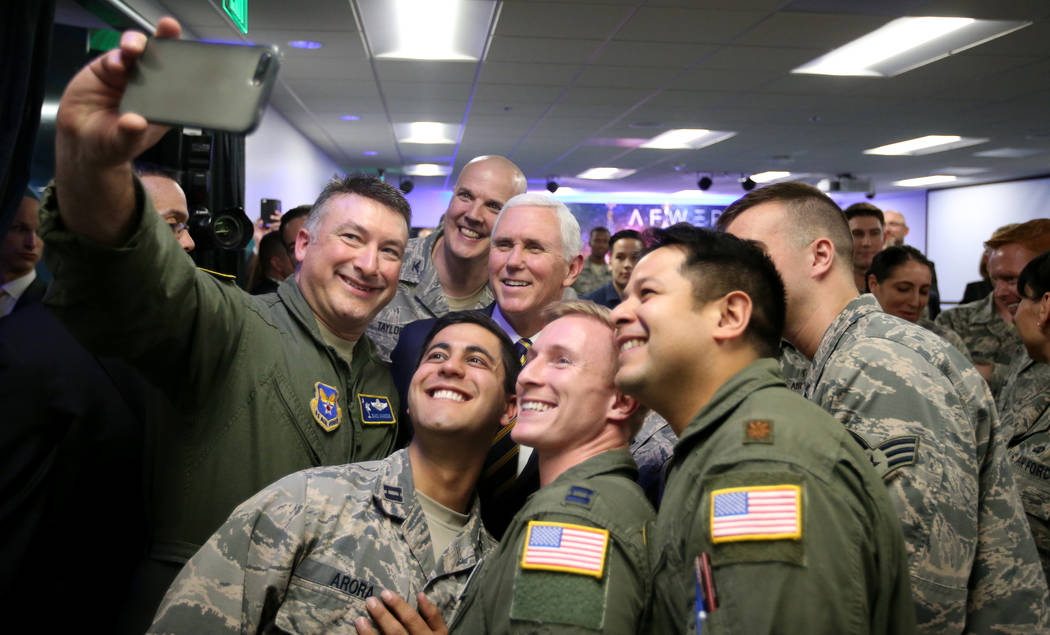 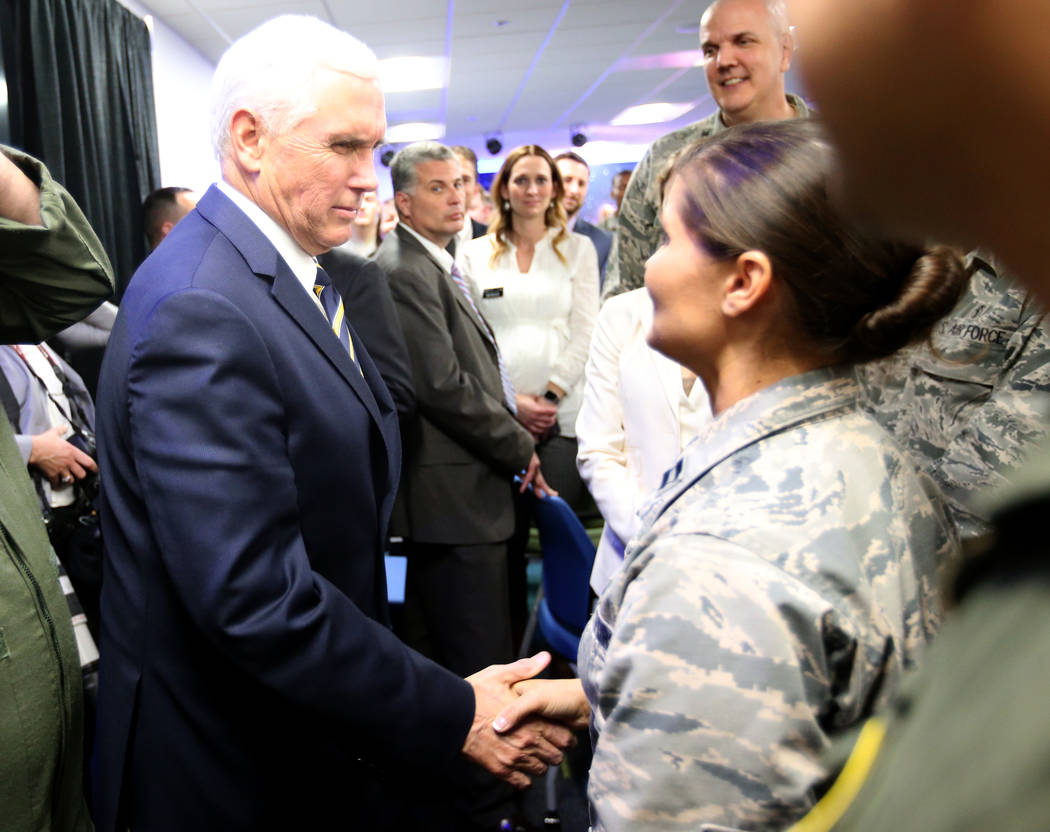 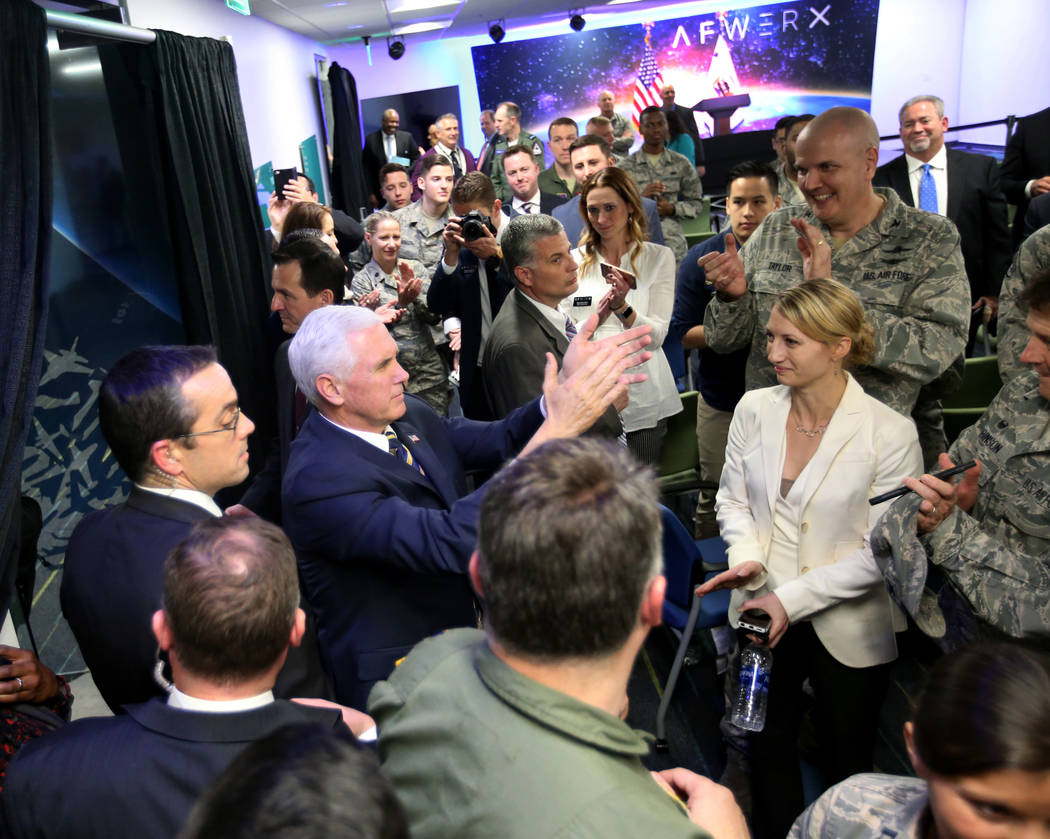 Pence’s first appearance was for the grand opening of the Air Force’s AFwerX “innovation hub,” where tools and resources will be brought together under one roof — a 30,000-square-foot space in the Hughes Center, near UNLV — for ideas to flourish.

“If you have a good idea and want to pitch it to the Air Force, we’ll give you access,” Pence said to the group of about 110 people, comprised mostly of military.

U.S. Sen. Dean Heller, R-Nev., then introduced Pence at a Nellis Air Force Base event, which was launched with a flyover from the 6th and 433rd Weapons Squadrons that are stationed at the base.

Though it was not an official campaign event, Pence praised Heller, who faces a primary challenge from businessman Danny Tarkanian, and Nevada Attorney General and GOP gubernatorial candidate Adam Laxalt, who also attended the event.

Pence thanked the airmen and their families for their service to the country during a roughly 15-minute speech at Nellis.

He called President Donald Trump a “tireless champion of the men and women of the armed forces,” and he touted Trump’s push to give pay raises to military members.

Pence also spoke about the looming deadline for Congress to pass a new federal budget. He called on Congress to put aside partisan differences and work toward passing that budget before any kind of shutdown could happen, and he told the airmen they can rest assured defense funding will not be slashed.

“The era of budget cuts to the armed forces of the United States is about to end,” Pence said, echoing statements he made earlier in the day.

Pence also touched on some of the rising tension between the U.S. and North Korea and said Trump is committed to forcing North Korea to abandon its nuclear weapons program.

“As the president has made clear, all options are on the table,” Pence said.

The AFwerX center aims to connect people from industry, government and academia to foster a culture of innovation. Pence even called for the “garage tinkerers” to bring ideas forward.

“The best way to prevent conflict is to be prepared,” Pence said. “And that really is what AFwerX is all about.”

Pence said the center’s opening is in line with Trump’s investment in military spending, and he added that the country is entering a “new era of American strength.”

AFwerX has locations in Las Vegas and Washington, with possible future locations in Boston, Colorado Springs and Austin, Texas.

Wilson said the “startup” nature of Las Vegas and its proximity to Nellis make Southern Nevada a good choice for the program.

Innovations that could come out of the center include finding answers to several problems, including countering drones or ensuring that an isolated, downed airmen stays hydrated, Wilson said.

Partnerships with UNLV are possible, too.

“We’re excited about seeing what they have to offer,” said Zachary Miles, associate vice president for economic development at UNLV. “We’re continuing to talk with them on how the collaboration will go and on the different areas they want to work with us.”

Miles said he sees opportunities for students to engage in real-world, entrepreneurial projects and to take part in internships. 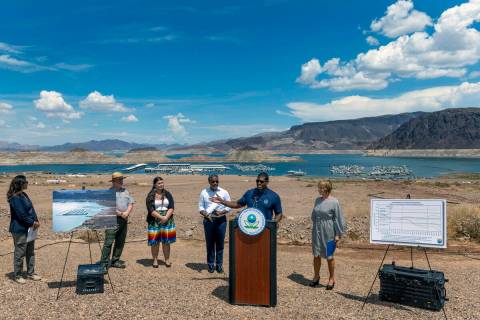 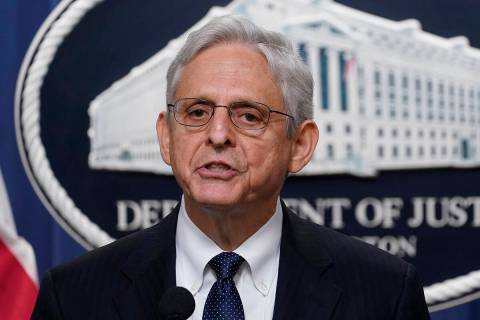 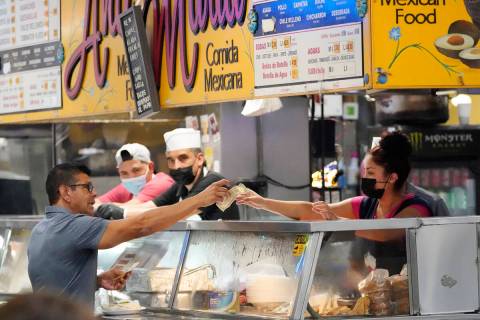 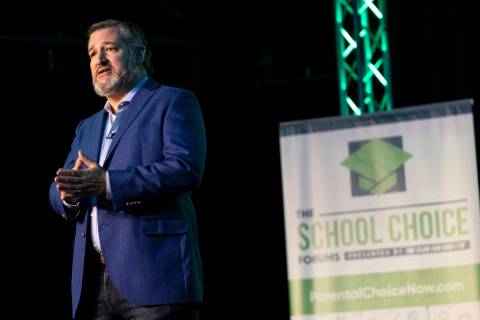 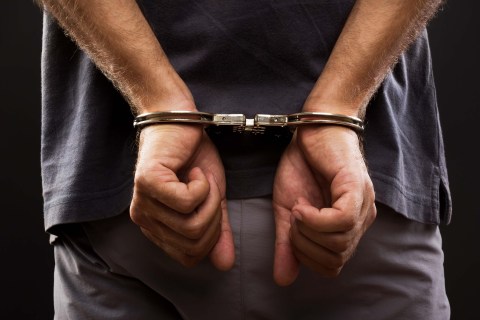 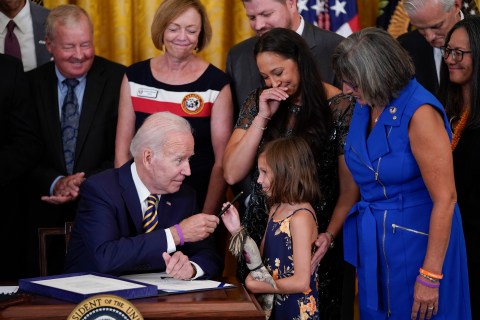