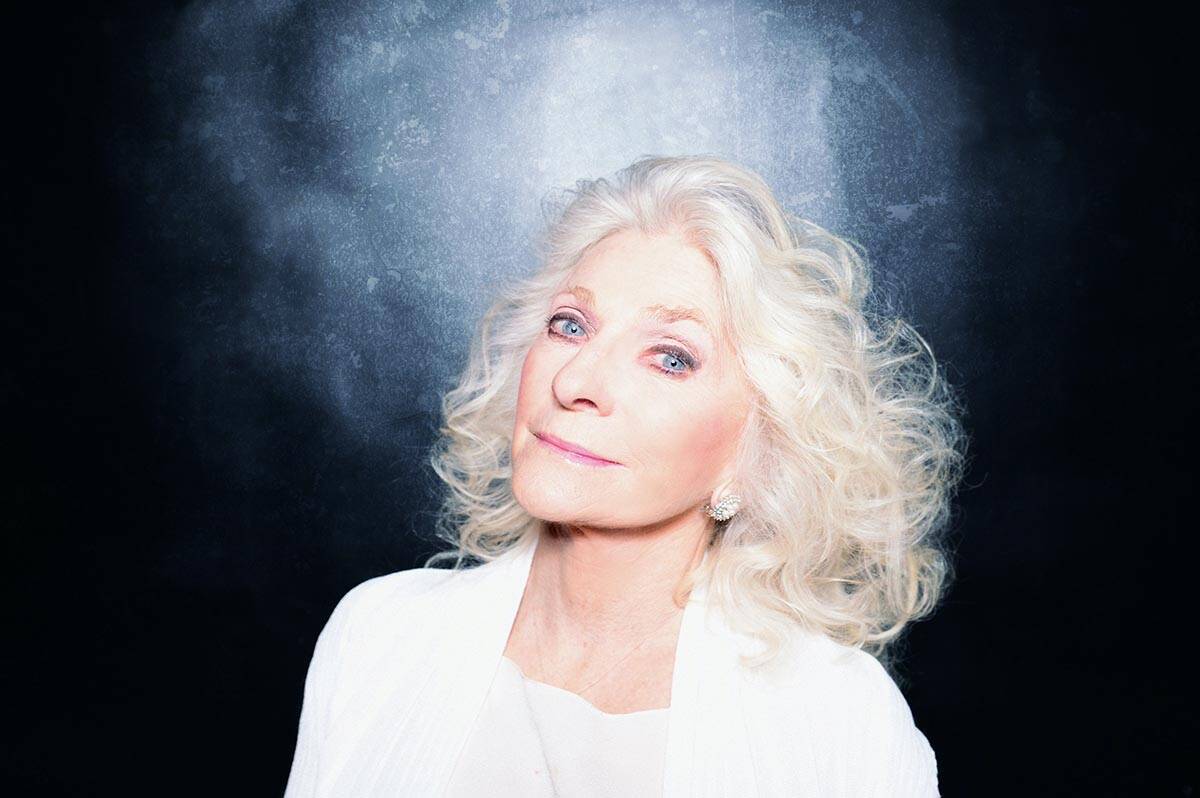 Recording icon and social activist Judy Collins is being honored as Nevada Ballet Theatre's Woman of the Year at the 38th annual Black and White Gala in January at Encore Las Vegas. (Encore Las Vegas) 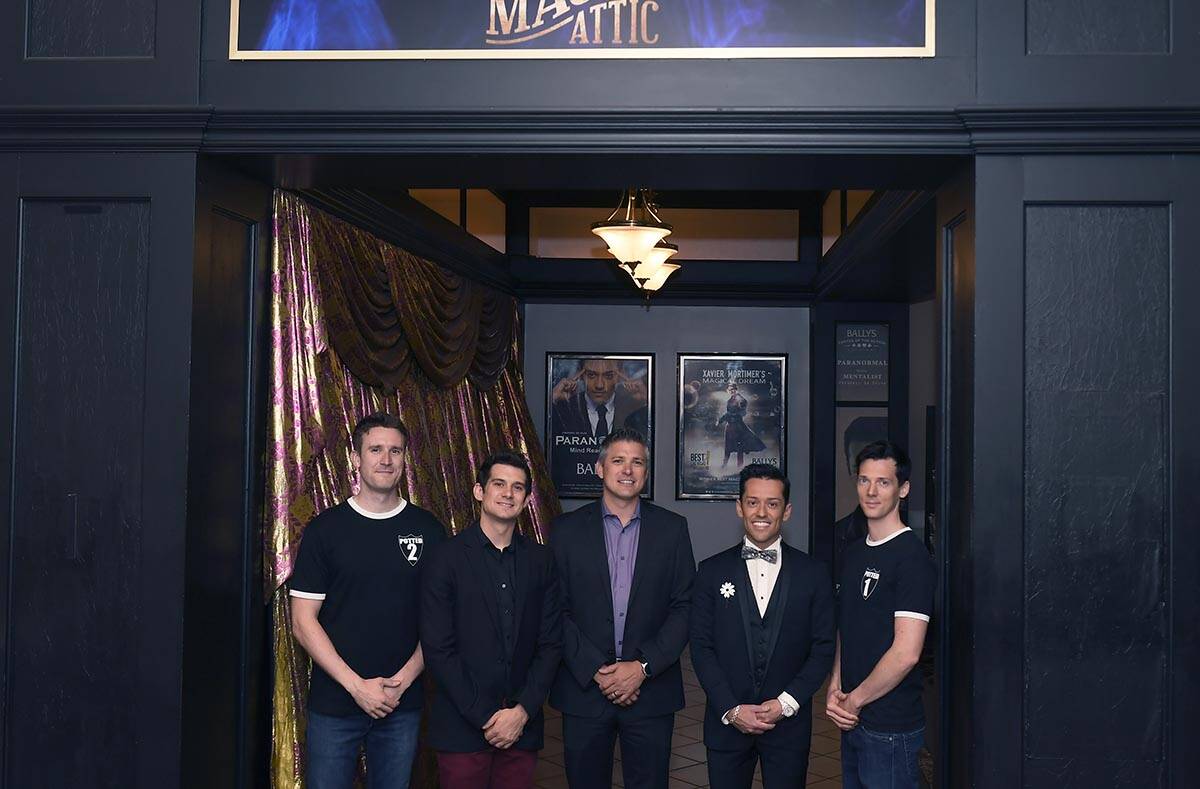 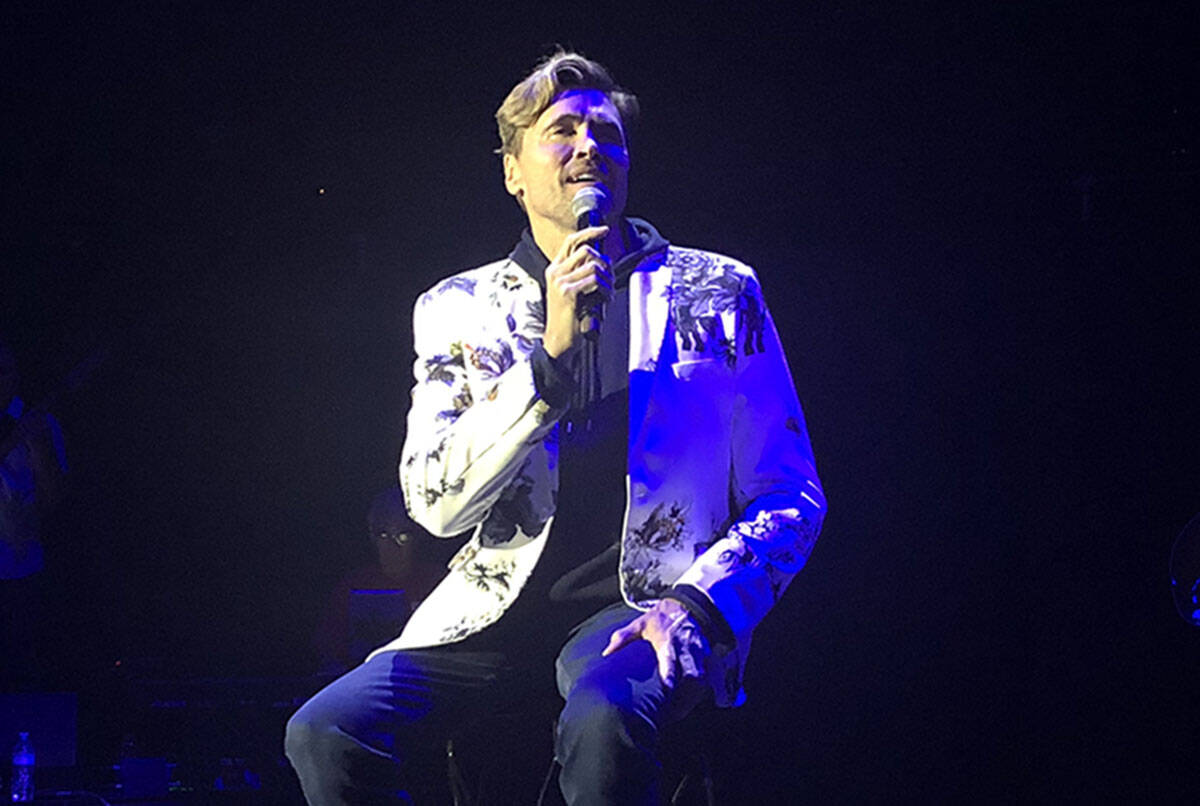 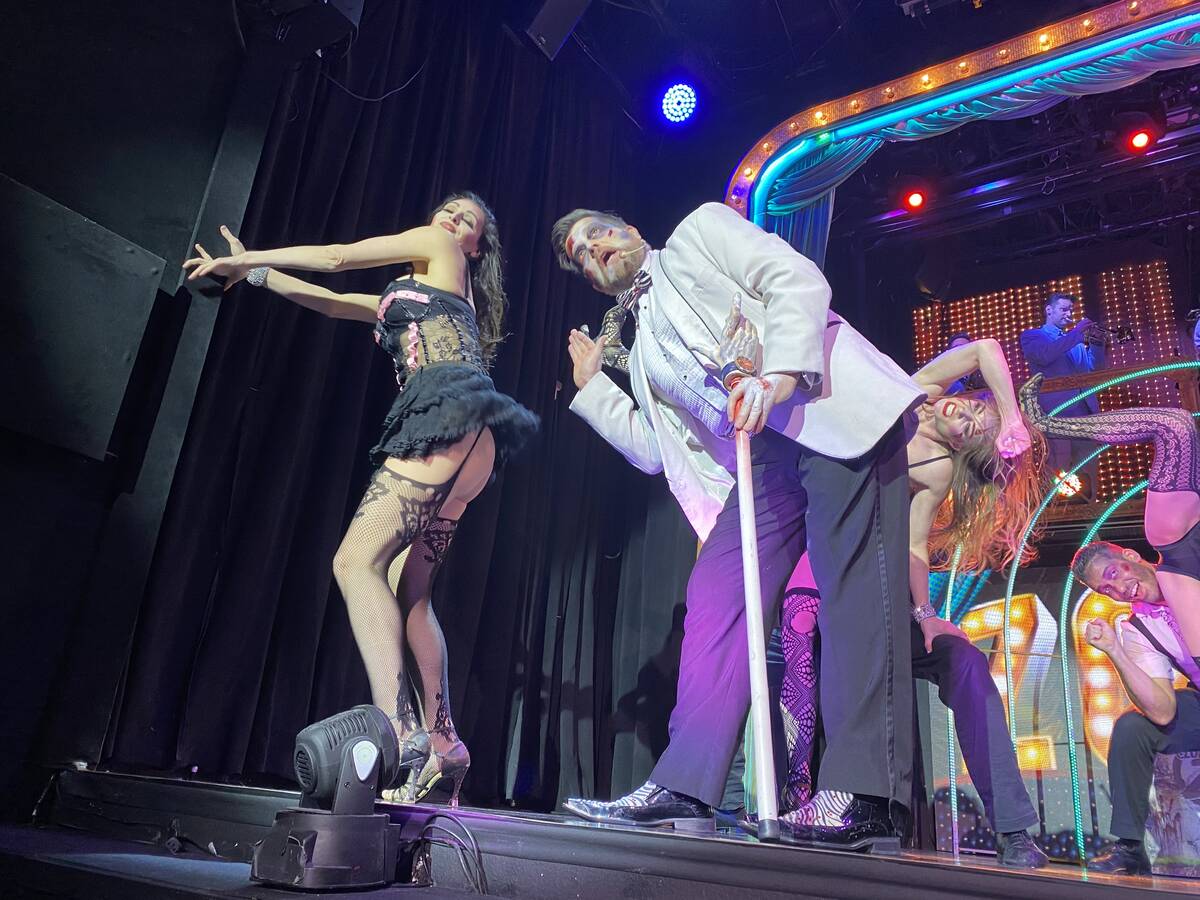 Enoch Augustus Scott and Sophia Monica are shown in "Zombie Burlesque" at V Theater at Miracle Mile Shops at Planet Hollywood on Tuesday, March 17, 2020, the final show on the Strip to perform before the shutdown of all entertainment in Las Vegas. (John Katsilometes/Las Vegas Review-Journal) @JohnnyKats 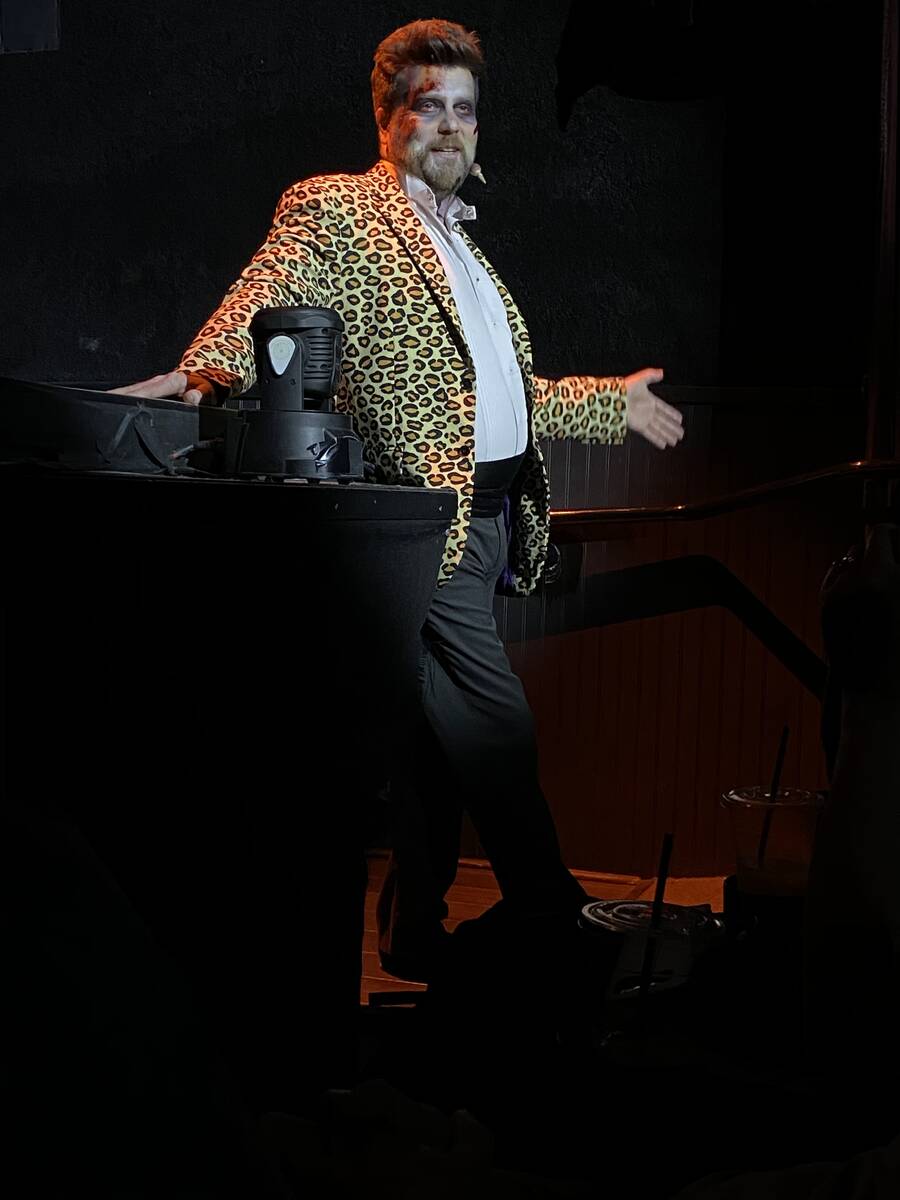 Enoch Augustus Scott is shown in "Zombie Burlesque" at V Theater at Miracle Mile Shops at Planet Hollywood on Tuesday, March 17, 2020, the final show on the Strip to perform before the shutdown of all entertainment in Las Vegas. (John Katsilometes/Las Vegas Review-Journal) @JohnnyKats 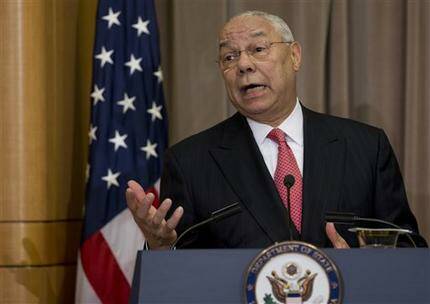 The Kats! Bureau at this writing is Tom’s Urban at New York-New York. Just around the bend and up the elevator is Liberty Loft, and inside is Terry Fator’s latest Strip residency. We have not seen the show in this cozy club, but we understand Fator has developed a joke about yours truly in his new act. Country crooner Walter T. Airedale, who is drunk, tells the joke. I’m buying him a shot later.

More from this scene and beyond:

The big dance is back for Nevada Ballet Theatre in January.

Recording legend Judy Collins will be the honoree at the 38th annual NBT Black and White Ball, set for Jan. 22 at Encore Ballroom at Encore Las Vegas. Collins, 82, is still busy on the road, and is actually breaking from a U.S. tour of her new album, “Girl in Colorado,” to appear at the NBT event. She appeared as co-headliner with Stephen Stills at Reynolds Hall in September 2017.

She followed up with the it singles “Someday Soon”, “Chelsea Morning”, “Amazing Grace” and “Cook with Honey.” Her 1975 album, “Judith,” went to No. 1, boosted by her recording of Stephen Sondheim’s “Send in the Clowns.”

Throughout her career, Collins has used her fame to enact cultural change. She has been active in combating social injustices, supporting environmental causes, and taking the lead in mental-health awareness.

“Judy Collins is a bonafide superstar who has spanned the generations and continues to enlighten, entertain, and inspire with her music and humanitarian efforts,” NBT co-founder and co-chair Nancy Houssels said in a statement. “From arts and entertainment to championing mental health awareness, we are elated to honor this legendary artist whose extraordinary life and career has made an unforgettable impact on our world.”

One of the producers who made the move happen is familiar with that venue.

Damian Costa, longtime entertainment executive with Caesars Entertainment, is co-producing the show in his Pompey Entertainment company along with John and Shannon Bentham’s Ivory Star Productions.

Costa left Caesars in September after spending about 8 1/2 years with the company. Prior to that tenure, he was entertainment director at South Point for nearly four years. He’s been pitched for shows continually in that span. Now he’s a pitcher.

“I can tell you a little better in a couple of months what that is like,” Costa said Wednesday. “Right now I’m just putting the company together.” He says the timing is right for Farrell’s show. “It’s a family market, and having somebody in town who can leave people clapping and feeling joy, feeling elated — that’s what we want to magic to bring to Las Vegas.”

And Pompey is derived from Pompey the Great, the Roman general. It’s a sly nod to Julius Caesar, from Costa’s former position. Very clever.

Cleveland Clinic Lou Ruvo Center for Brain Health founder Larry Ruvo was saddened to learn of the death of Colin Powell. The four-star general in the U.S. Army and former Secretary of State died Monday at age 84 of COVID complications. Powell was among the earliest dignitaries to tour the Ruvo Clinic just after it opened in 2012. Presidents Bill Clinton, George H.W. Bush and George W. Bush also visited the complex in the early days.

“He was one of our first, and biggest, supporters,” Ruvo said Tuesday. “He was in one of our first auctions, in ‘98 or ‘99, to have lunch with him in Washington D.C.” Powell was later appointed Secretary of State under Bush 41, and the gift had yet to be claimed. He called Ruvo, saying that under normal circumstances he would not be allowed to participate in the auction gift, but had requested and been granted permission because the offer was made before he joined the Bush cabinet.

“It was one of our first very huge donations,” Ruvo recalled. “It was a big moment for us, for the charity. It was pretty remarkable, looking back on hit. He was a great friend and his involvement made a big impact.”

It’s been more than 19 months since “Zombie Burlesque” was the last show to close on the Strip before the COVID shutdown of March 2020. The adult comedy/musical revue is back at 8 p.m. Thursday, returning to V Theater at Miracle Mile Shops at Planet Hollywood. Enoch Augustus Scott and Sophia Monica return to their plumb roles in the show. Rehearsals have been nails, aside from a slight production issue involving a lack of proper lighting. No worries. “Zombie” is a force.

“I actually teared up during rehearsals,” producer and sudden softie David Saxe says. “I didn’t think it would hit me. But the show is great, and it will be amazing to see it finally get back onstage.”

Broadway star and Las Vegas resident Brent Barrett (Billy Flynn in “Chicago,” the lead role in “Phantom” in at The Venetian) celebrates his career with “40 Years on Broadway” on Thursday at Italian American Club Showroom. It’s another winner for this column fave, doors at 6 p.m., dinner at 6:30 p.m., show at 8 p.m. Barrett brings badk his band of pianist Philip Fortenberry, sax player Eric Tewalt, drummer Jakubu Griffin, and bassist David Ostrem. Joan Sobel and Bernard Blanks jump in as guest singers. The entire prize package is $65. Hit up the club for further direction. 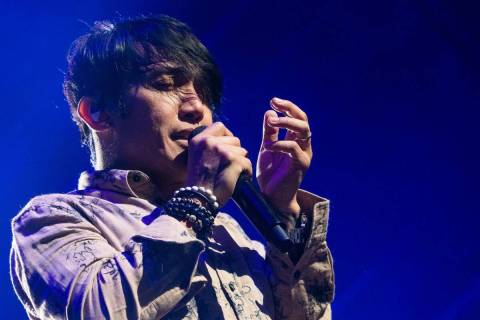 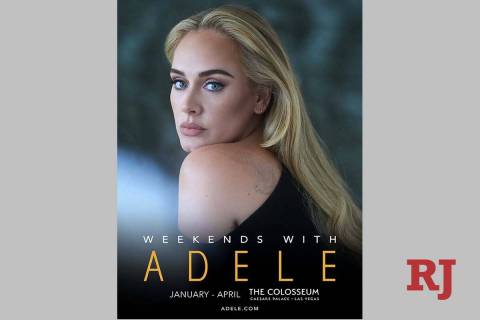 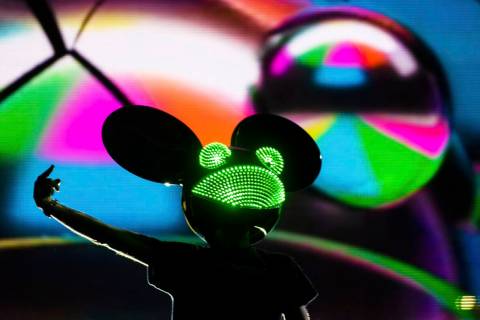 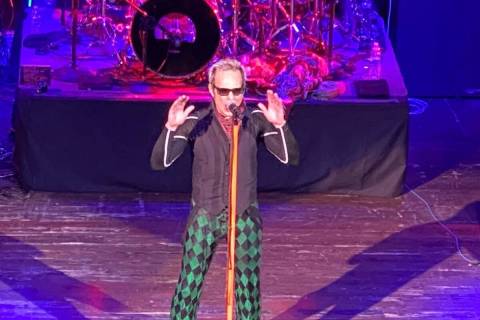 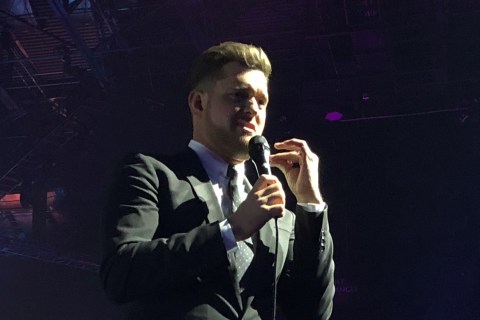 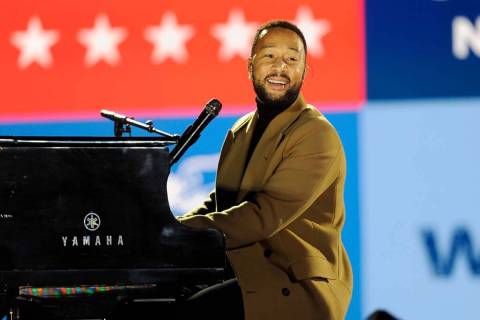 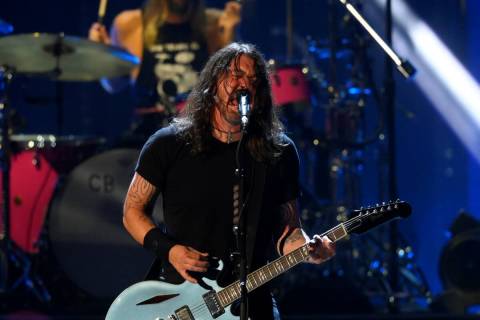 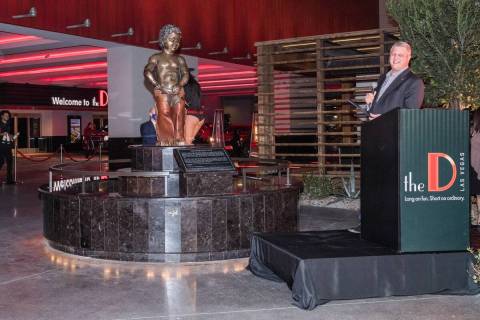 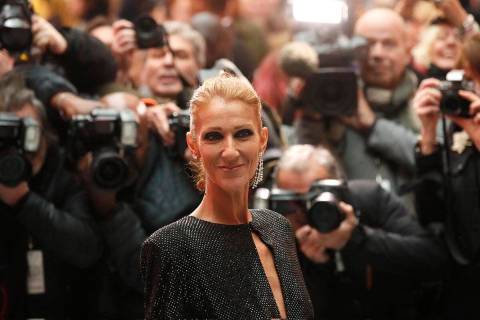 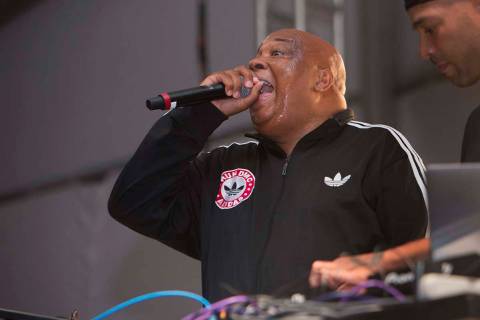