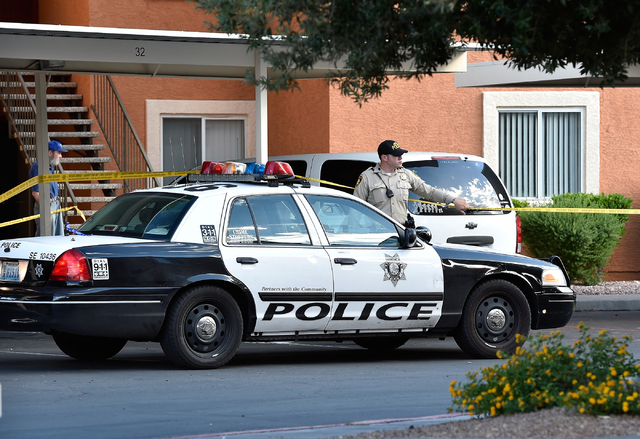 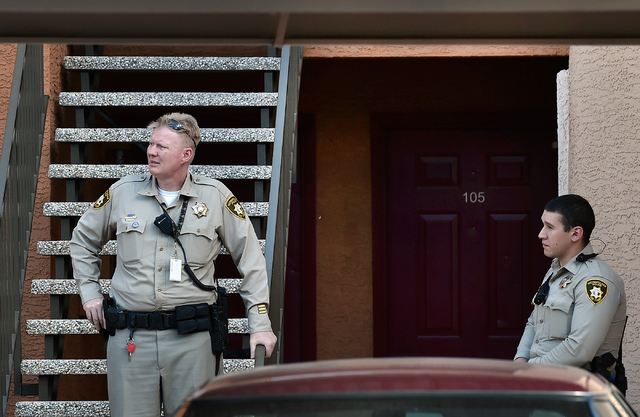 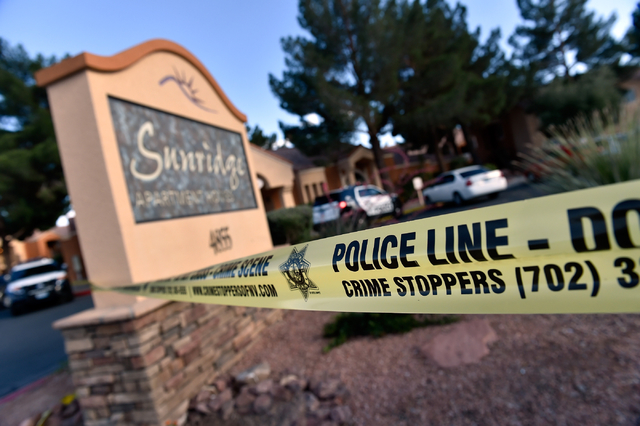 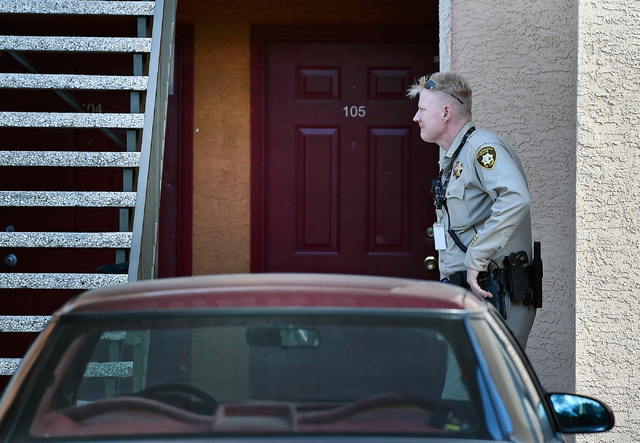 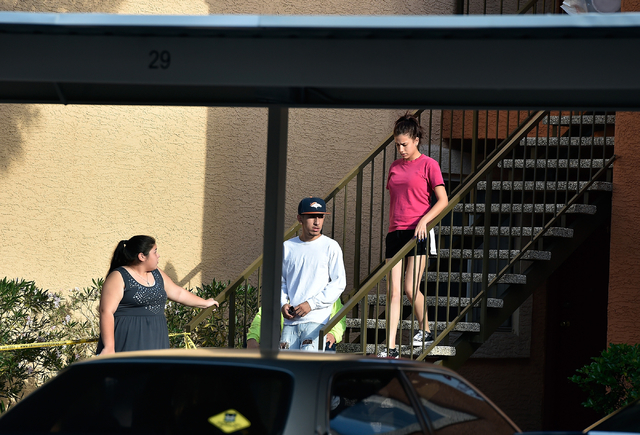 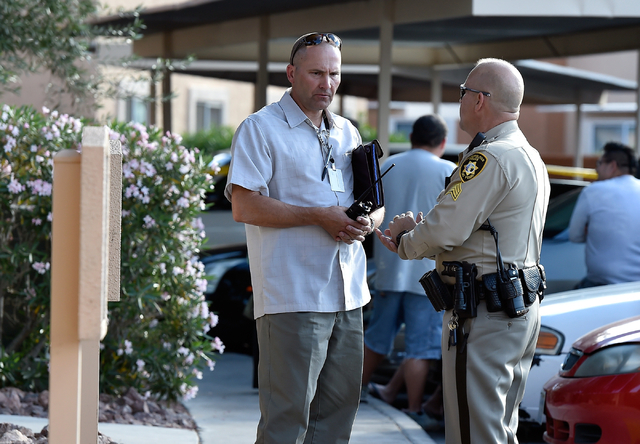 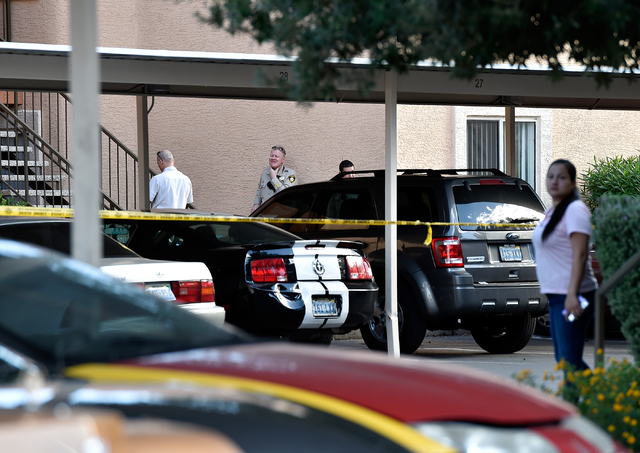 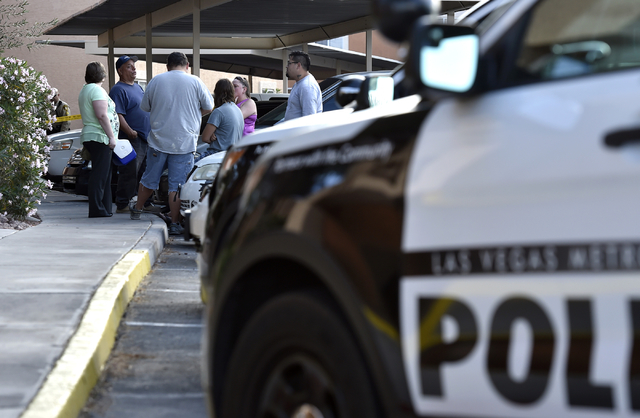 A woman and a man were down, and early reports said the man may have stabbed the woman, then himself. Both were taken to Sunrise Hospital and Medical Center where they later died, homicide Lt. Dan McGrath said.

McGrath said the couple had a history of unreported domestic violence and that she was leaving him Monday when he exploded, stabbing her five or six times before stabbing himself in the chest before turning the knife on himself.

As the murder-suicide unfolded, a handful of family members were in the apartment, including two young children; one of them was the couple’s child, and that child was taken into protective custody as detectives investigated.

The woman’s death was the 69th homicide that Metro has investigated this year. Because the man apparently killed himself, his death is being investigated as a suicide.

The coroner will name the couple once all their immediate relatives have been notified.