A 15-year-old boy initially suspected of accidentally shooting a relative’s boyfriend last month has been arrested in the death.

Metropolitan Police Department Lt. Ray Spencer confirmed Wednesday that, after consultation with the district attorney’s office, a teenager was arrested in the fatal shooting of Alfonzo Tuttle, 22.

Tuttle died Oct. 1 from a gunshot wound to the head after he was shot the night before, and his death was ruled a homicide, according to the Clark County coroner’s office.

Police were called at 9:39 p.m. Sept. 30 to the 5500 block of Ness Avenue, near South Lindell Road and West Hacienda Avenue, for what was initially investigated as an accidental shooting, Spencer said at the time.

The boy was arrested sometime after Oct. 7, according to records maintained by the Review-Journal.

Further information, including the charges he faces, was not provided by police because he is a juvenile. 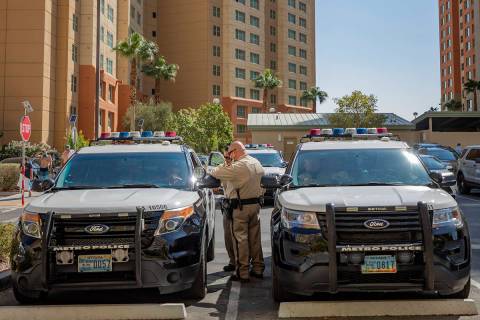