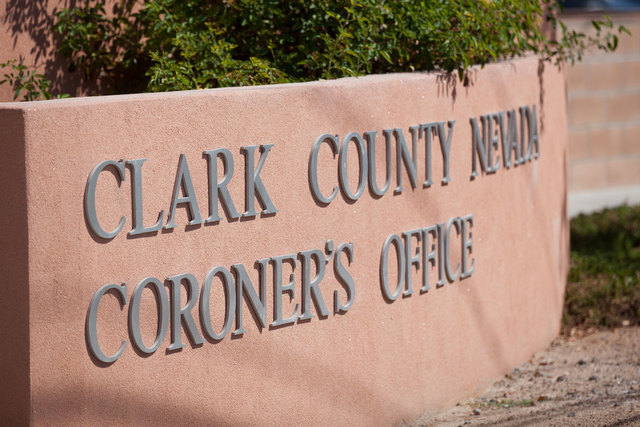 The man who died Monday after he crashed his car while calling dispatchers to report he was shot has been identified by the Clark County coroner.

Christopher G. Stewart, 49, of Henderson was on the line with dispatchers just before 4 a.m. when he crashed his vehicle into a light pole near Anthem Parkway and Bicentennial Parkway, Henderson police said in a statement.

Stewart died of a gunshot wound to the chest, the coroner’s office said; his death was ruled a homicide.

Stewart was taken to St. Rose Dominican Hospital, Siena campus, where he died. His cause and manner of death are pending, the coroner’s office said.

Stewart might have been at The Bar, at 11624 Bermuda Road, until 3:45 a.m., the statement said. He was shot while he was in the car, Henderson police spokeswoman Michelle French said.

Police are asking for the public’s help in determining where the man’s vehicle was between 3:45 a.m. and 4 a.m.