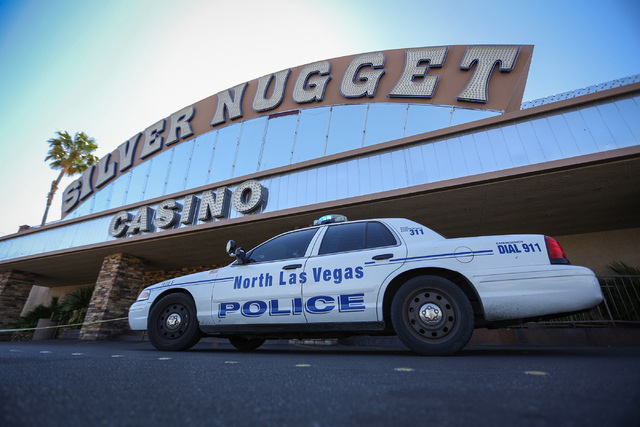 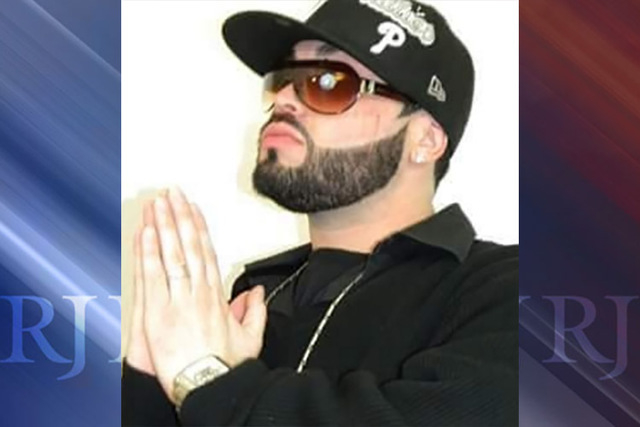 Jeremias Cruz, 30, was identified as the man fatally shot by police. (Gofundme.com) 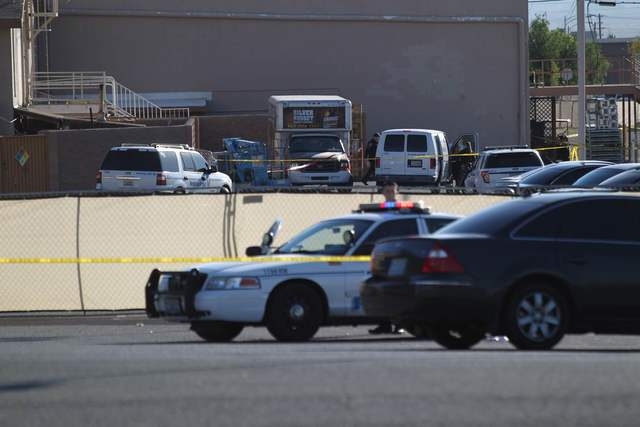 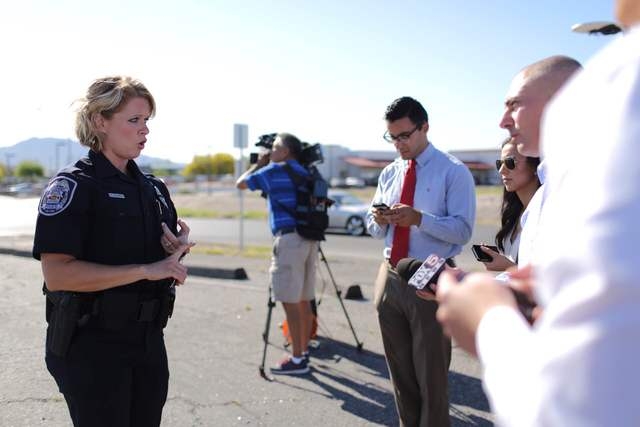 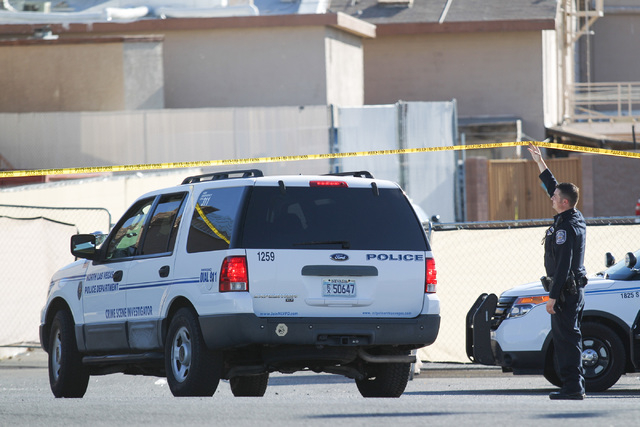 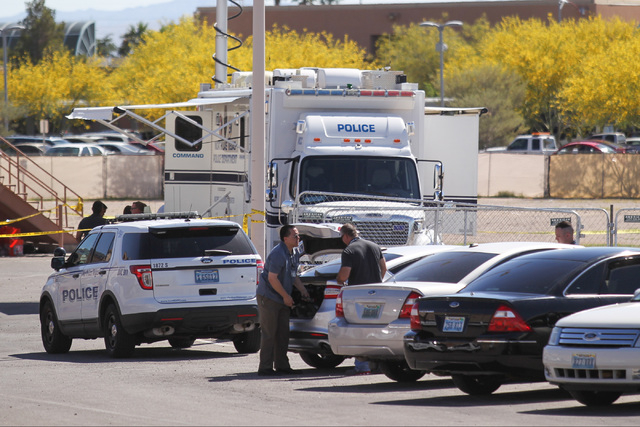 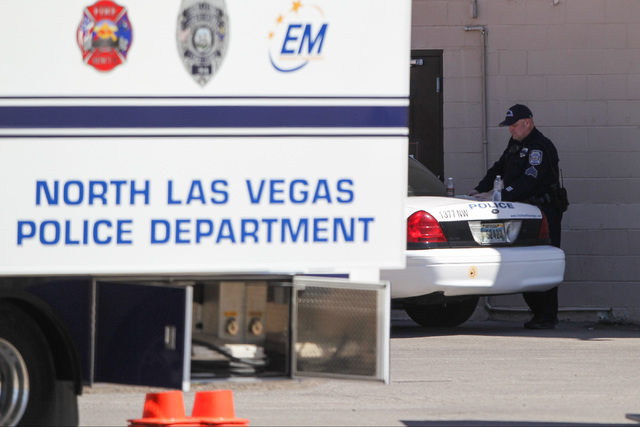 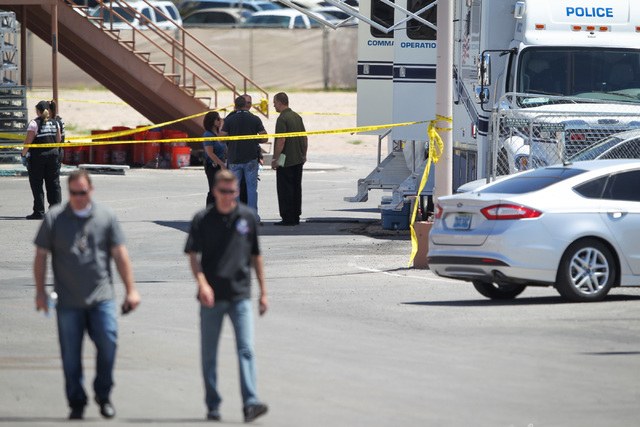 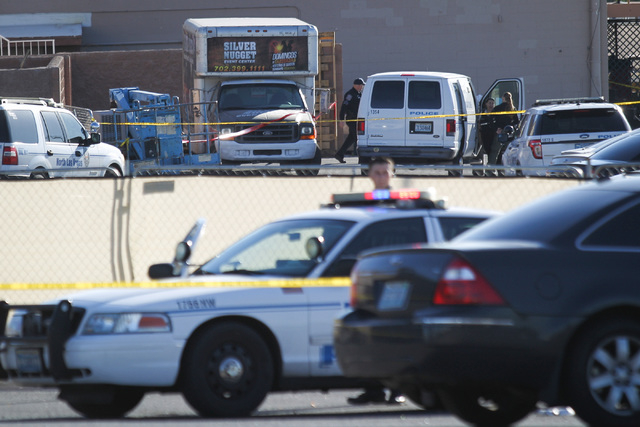 One of them, 64, was the victim of a homicide. The other, 30, was the suspect, shot by a North Las Vegas police officer.

Police were initially dispatched about 5:45 a.m. to the casino at 2140 Las Vegas Blvd. North to investigate a call about a hysterical beating happening inside the building, with several callers reporting someone was “possibly being killed,” department spokeswoman Ann Cavaricci said.

As officers headed to the scene, dispatchers upgraded the call to a homicide.

One man was found dead in an employee-only area after extensive, visible head trauma, Cavaricci said. Nearby in a casino store room, officers confronted the suspect.

“That state can be caused by several different factors,” Cavaricci said, unable to confirm whether the man had a known mental illness. “Typically it’s abnormal, aggressive behavior.”

At one point, officers used a less-than-lethal weapon to subdue the man, but he wasn’t fazed, Cavaricci said. As he continued toward the officers, “attempting to attack them,” one officer fired his weapon, hitting the suspect, who later died at University Medical Center.

It’s not clear why the 64-year-old homicide victim was singled out during the violent beating. As of Thursday, it was also unclear if the two men knew each other.

Before the fatal beating, the suspect got into an altercation with another employee, Cavaricci said, but that employee wasn’t seriously injured. No one else was hurt during the ordeal.

After the incidents, police blocked off the small casino and taped off the parking area behind it. Cavaricci said officers would be conducting parallel investigations — into the homicide and the fatal police shooting — well into the afternoon.

The 24-hour casino was expected to reopen Thursday night. Representatives from Fifth Street Gaming, which runs a handful of smaller resorts, local casinos and restaurants — including the Silver Nugget, Lucky Club and Downtown Grand —were not available for comment Thursday afternoon.

Police did not name the officer who fired his weapon, but Cavaricci said the department would likely name him Monday. He was placed on routine paid administrative leave.

Through social media and a GoFundMe account set up by family, the man fatally shot by police was identified as Jeremias Cruz, a 30-year-old father of four — with another child on the way — who was originally from New Jersey.

The man who died during the beating was not named. The coroner’s office will confirm the identities of both men killed once their families have been notified.

This was the department’s first police shooting in 2016.

Safety at the Silver Nugget became an issue in a Nevada Supreme Court case a few years ago.

After Allen Tyrone Smith Jr. was fatally shot at the casino by Daniel Ott on June 25, 2006, Smith’s family sued the casino. The family argued the Silver Nugget had liability under a Nevada law that puts responsibility on the owners if harm is foreseeable. The trial court had ruled in favor of the Silver Nugget without a jury trial. Smith’s estate had argued that several fights and robberies inside the casino in the five years prior to the murder, coupled with reports of gunshots or people showing weapons outside, showed the casino had a problem.

However, the state high court said in 2011 that its review showed the Silver Nugget had taken “basic minimum precautions to ensure the safety of its patrons” and had no reason to suspect Ott was carrying a gun.

Several other homicides have occurred in Las Vegas Valley casinos over the years: