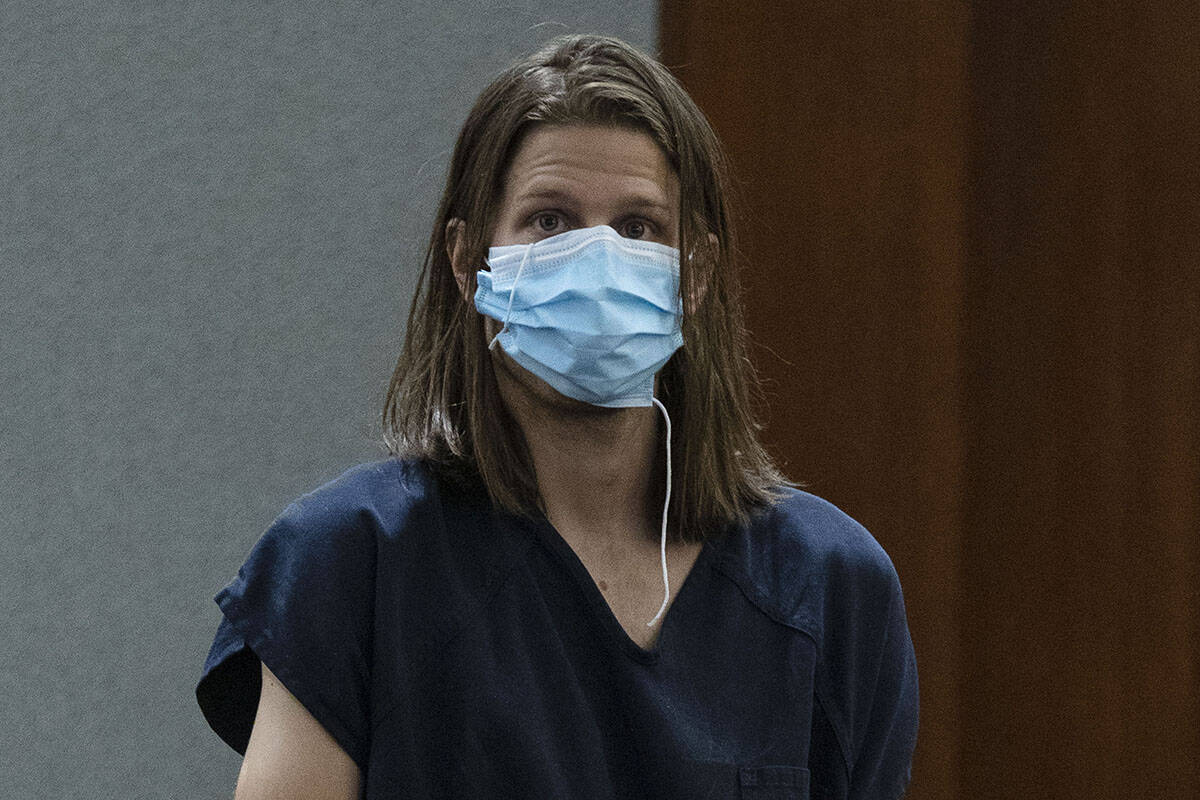 Erik Legried, the suspect in the Red Rock OIS from last week, appears in court during a status check at the Regional Justice Center, on Tuesday, Nov. 16, 2021, in Las Vegas. (Bizuayehu Tesfaye/Las Vegas Review-Journal) @bizutesfaye 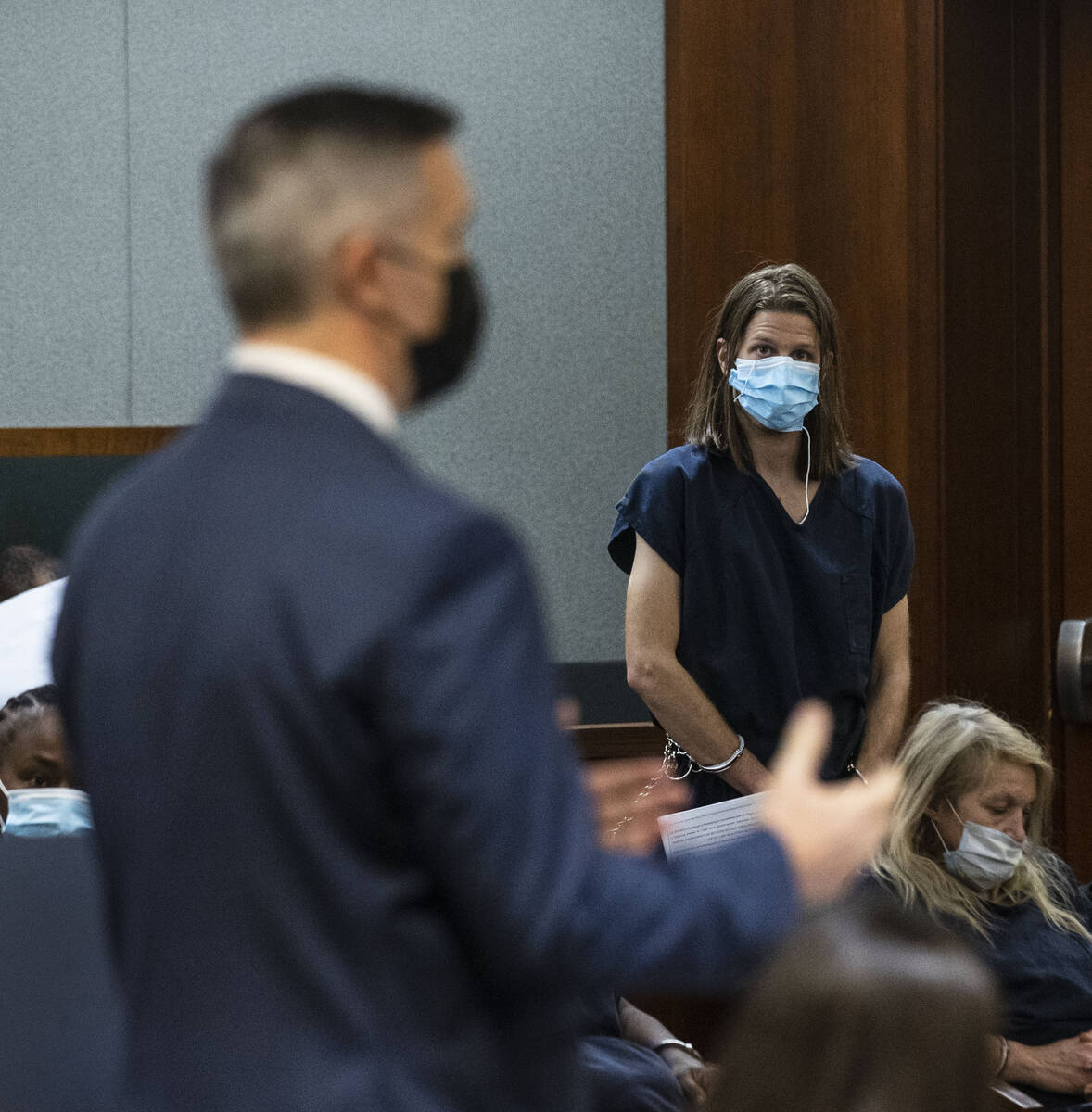 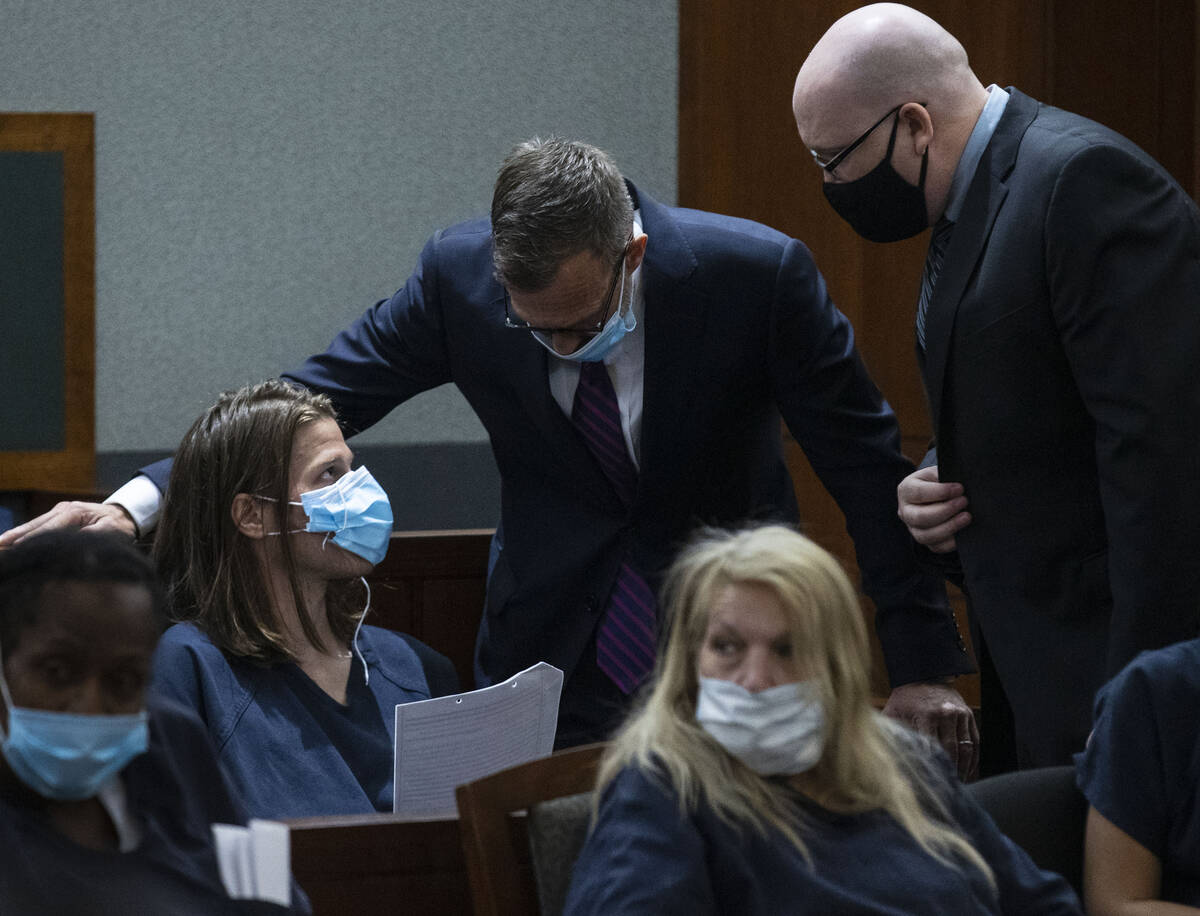 Erik Legried, left, the suspect in the Red Rock OIS from last week, discusses with his attorneys William Brown, center, and Christopher Mishler, during a status check at the Regional Justice Center, on Tuesday, Nov. 16, 2021, in Las Vegas. (Bizuayehu Tesfaye/Las Vegas Review-Journal) @bizutesfaye

A Colorado man who was shot by police in November at the Red Rock Canyon National Conservation Area was sentenced to probation on Monday.

“I’m sorry,” Erik Legried told District Judge Ronald Israel during his sentencing hearing. “It was an exceptional situation, a mental health crisis, and I’ve taken the steps so that it would never happen again.”

Defense attorney William Brown said Legried was a good candidate for probation because he had no criminal record, a consistent work history and a college degree.

During a previous court hearing, Legried described himself as a debate instructor, artist and musician.

In May, Legried pleaded guilty to a felony count of assaulting a first responder with a deadly weapon.

Legried was released from custody on his own recognizance after his guilty plea, court records show. A judge had previously set his bail at $100,000.

During Monday’s court hearing, Israel placed Legried on probation for no more than three years. He is also required to have mental health treatment.

If Legried successfully completes his probation, he will be allowed to withdraw his plea and plead guilty to a gross misdemeanor count of battery on a protected person.

At about 7 a.m. on Nov. 11, a family member called police to report that Legried was suicidal, prosecutors have said. Nevada Highway Patrol troopers later found him driving a black Toyota Tacoma near the Red Rock Canyon scenic loop visitor center.

Legried was speeding and crashed into a fence, Clark County Chief Deputy District Attorney Giancarlo Pesci said during a court hearing in November. After troopers stopped him, Legried sped off again and slammed into one of the trooper’s vehicles.

At least one trooper shot at Legried, who was struck in the leg. He was treated at a local hospital before he was booked into the Clark County Detention Center.