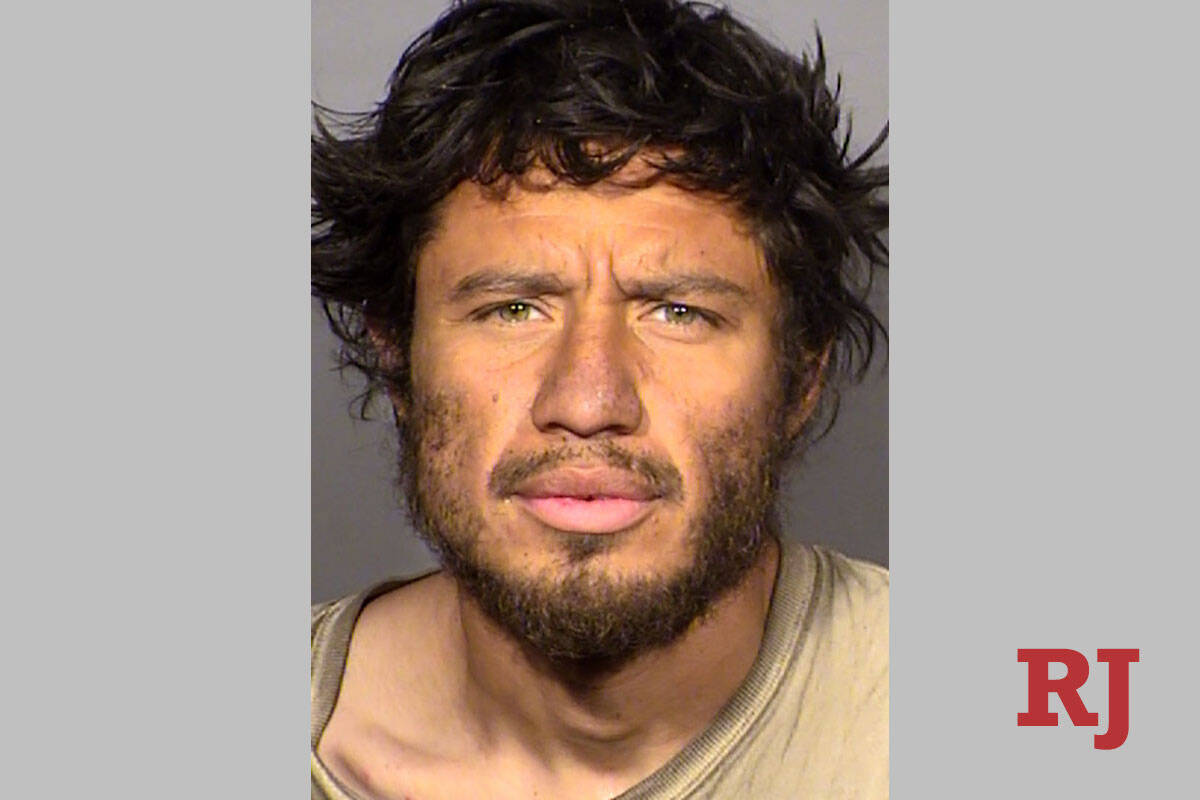 A man indicted Wednesday on a murder charge had been released from jail about a week before the December killing.

James Nava-Prieto, 33, is accused of killing a 58-year-old man by striking him over the head with concrete stones, court records show.

Anthony Finsland’s body was found Dec. 6 in a vacant lot at 1124 Pearl Avenue, near Charleston Boulevard and the 215 Beltway, according to a Metropolitan Police Department arrest report.

Nava-Prieto initially was charged in March and was indicted by a grand jury Wednesday on one count of murder with a deadly weapon in connection with Finsland’s death, court records show.

At about 3 p.m. on Dec. 6, a man called 911 to report Finsland’s body, which was found covered in blood, lying on an overturned couch in the vacant lot, according to the suspect’s arrest report. An officer wrote in the report that Finsland appeared to be homeless.

“The murder weapon(s) consisted of several concrete, paver type stones, which were lying about the crime scene,” the report said.

The Clark County coroner’s office has ruled Finsland’s death a homicide due to blunt head trauma.

The heavily redacted arrest report indicated that police took DNA samples and fingerprints from the scene before identifying Nava-Prieto as a suspect.

Prosecutors did not reply to a request for comment on Thursday, and attempts to reach the Clark County special public defender’s office, which is representing Nava-Prieto, were not successful.

Court records show that on Nov. 29, a week before Finsland’s body was found, Justice of the Peace Joseph Bonaventure released Nava-Prieto on his own recognizance during an initial appearance hearing in connection with a separate case, in which he faces felony counts of home invasion and residential burglary.

Police interviewed Nava-Prieto on Dec. 13 in connection with Finsland’s death. He told investigators that he was homeless and had recently stayed at the vacant lot on Pearl Avenue, which he called “The Mansion,” the report said. But he denied having any involvement with Finsland’s killing.

Nava-Prieto was arrested again after a bench warrant was issued for him on Dec. 27 for failing to appear for a court hearing in the home invasion and burglary case, court records show. He was again released on his own recognizance and placed on intensive supervision on Jan. 31.

Further details about Nava-Prieto’s home invasion and burglary charges, which are still being litigated, were not immediately available on Thursday.

By the time Nava-Prieto had been charged with murder, he already had been arrested on a second bench warrant for failing to appear in court for a preliminary hearing in the other case. Justice of the Peace Suzan Baucum, who had released Nava-Prieto in January, ordered him held without bail after his arrest on March 3, court records show.

Nava-Prieto is scheduled to appear for an arraignment in the murder case on July 21. He remained in the Clark County Detention Center on Thursday without bail.