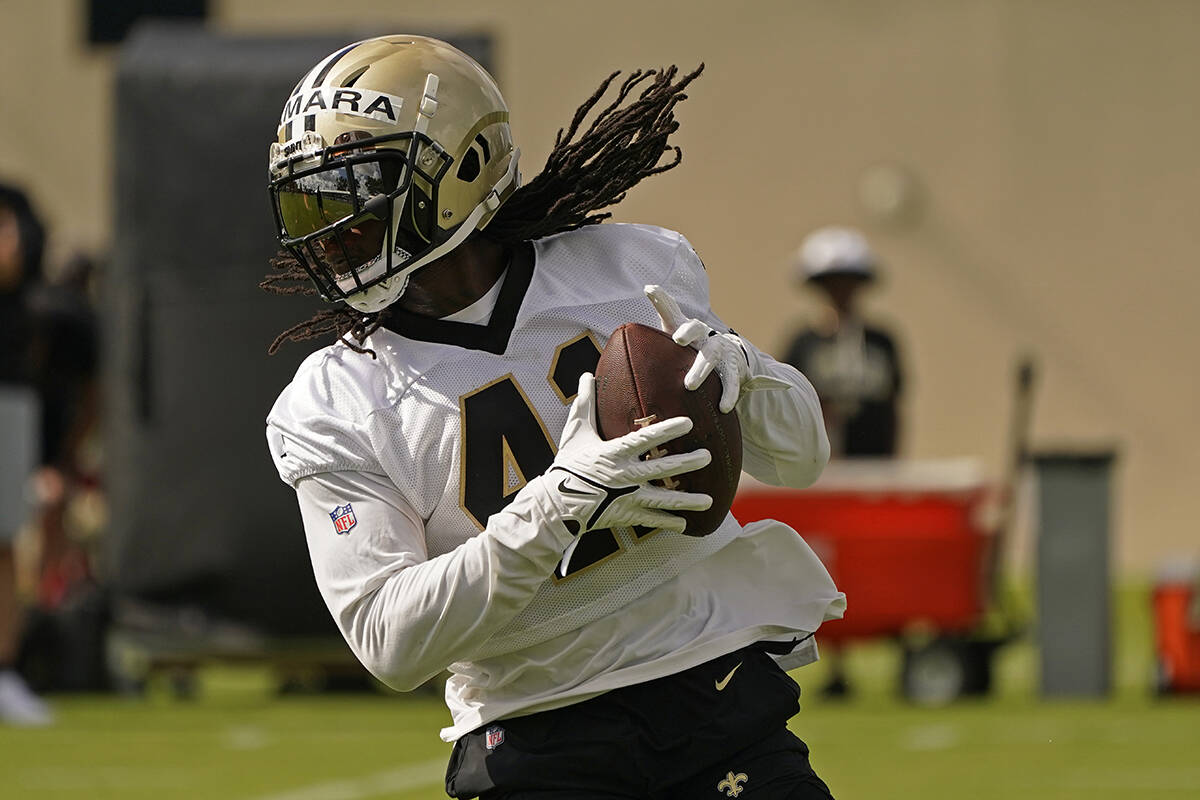 A battery case involving New Orleans Saints running back Alvin Kamara was delayed for two months during a court hearing on Monday.

Kamara and his co-defendants — Kansas City Chiefs cornerback Chris Lammons, Percy Harris and Darrin Young — did not appear during the hearing at Las Vegas Justice Court. The hearing was set to discuss negotiations in the case, according to court records.

Defense attorney Ross Goodman, who is representing Lammons, asked for another hearing to be set in two months.

“I think that defense lawyers have agreed to that and in my discussions with the prosecutor, that’s what they’re asking for,” Goodman said.

Justice of the Peace Pro Tem Colleen McCarty ordered a status hearing in the case for Sept. 29.

The defendants all face a felony count of battery resulting in substantial bodily harm and a gross misdemeanor count of conspiracy to commit battery in connection with a Feb. 5 brawl at The Cromwell.

Police arrested Kamara just after he played in the NFL Pro Bowl game at Allegiant Stadium, the day following the alleged attack.

Kamara told police that as the group was leaving the casino, he punched a man who was running away, and said he thought the man had done something to someone in his group, the report said.

Police said the footage did not show the man running away but rather being attacked by Kamara and the other men.

Harris and Young were arrested Feb. 14, while Lammons turned himself in at the Clark County Detention Center a few days later. All four of the men were released from custody after posting bail.