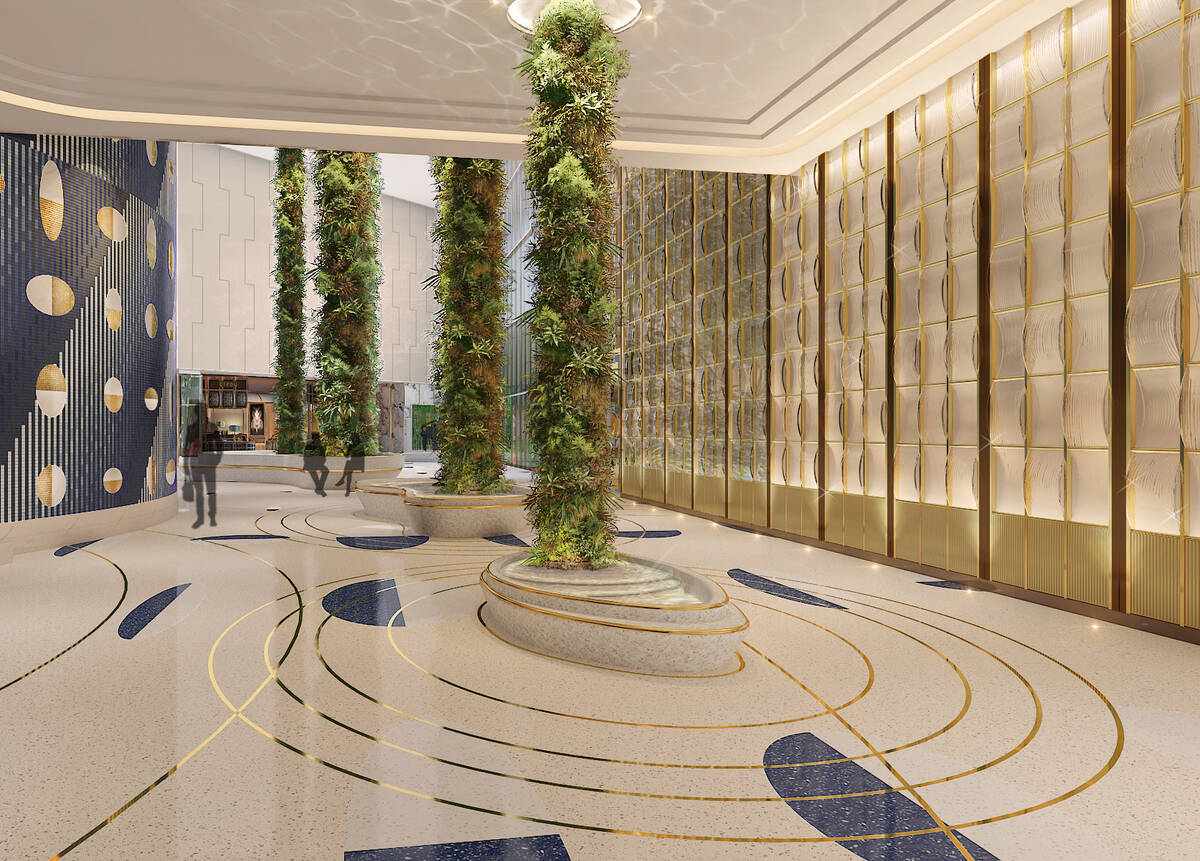 An artist's rendering of retail space at Fontainebleau Las Vegas, a 67-story hotel-casino scheduled to open in the fourth quarter of 2023. (Fontainebleau Development) 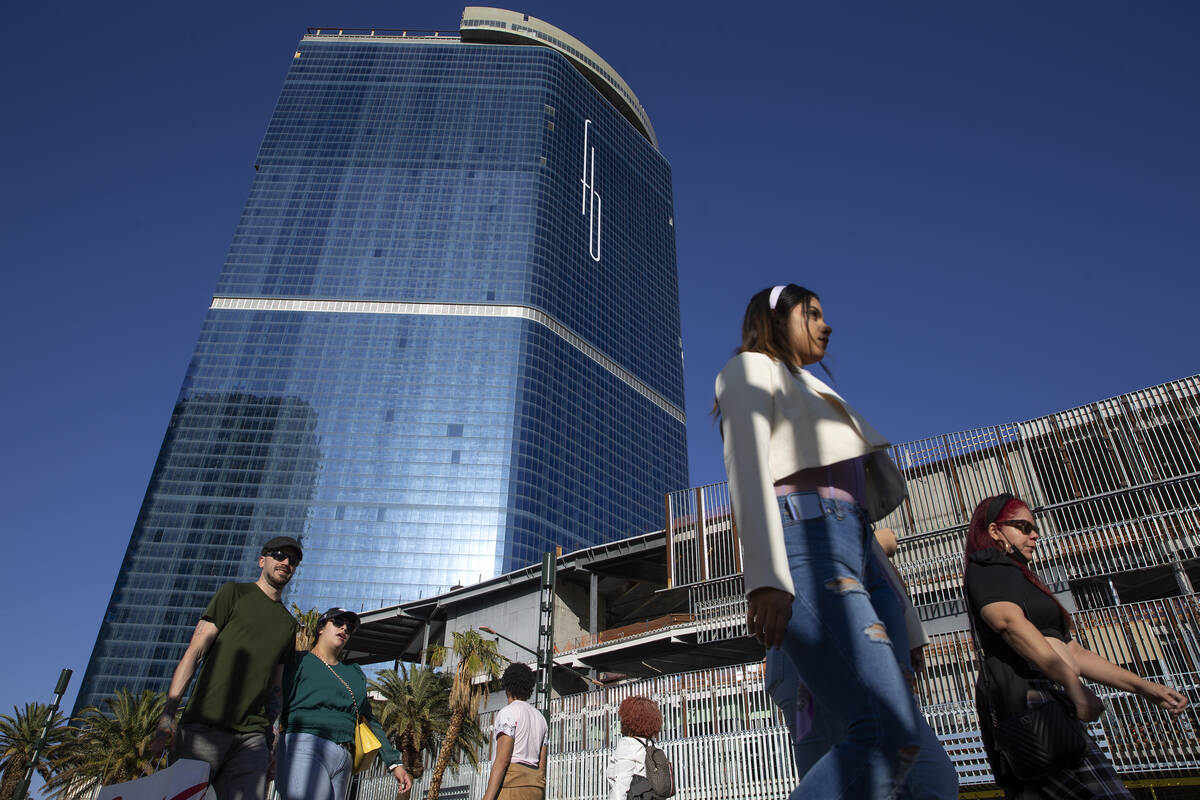 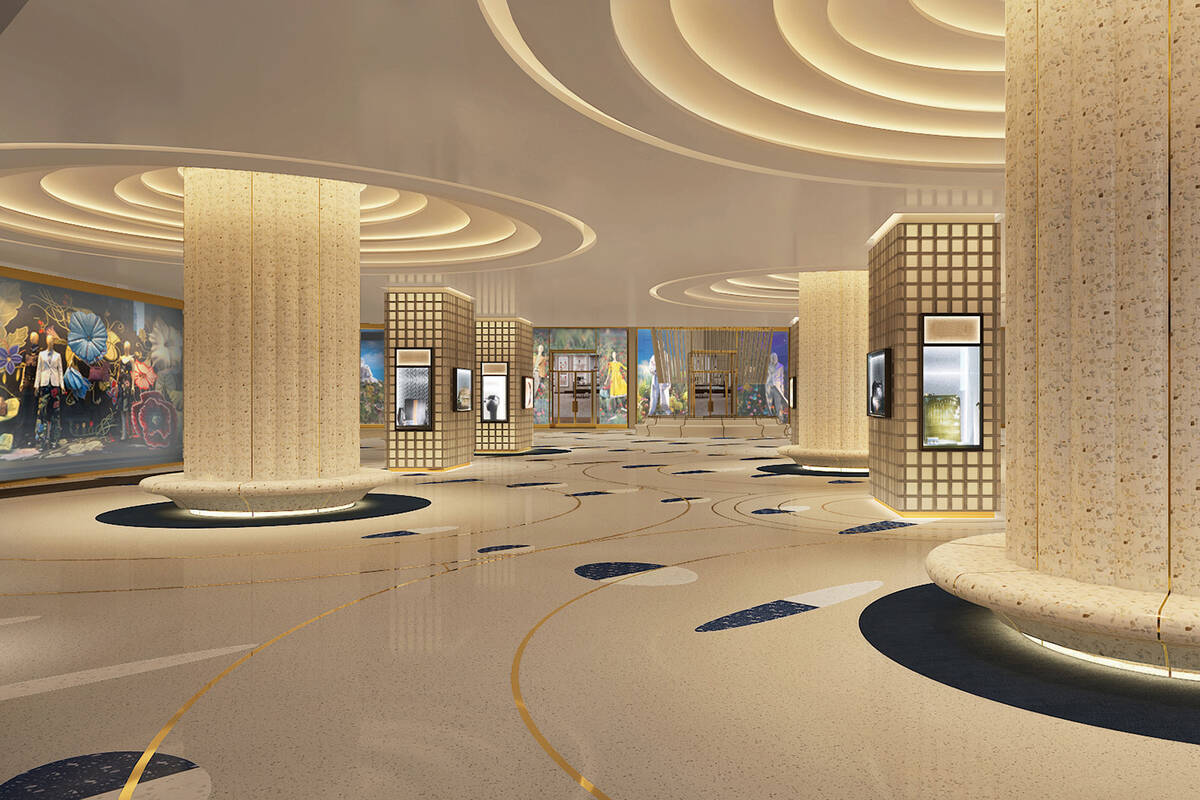 An artist's rendering of retail space at Fontainebleau Las Vegas, a 67-story hotel-casino scheduled to open in the fourth quarter of 2023. (Fontainebleau Development)

Fontainebleau Las Vegas is giving a peek at its retail offerings.

Developers of the north Strip hotel-casino, slated to open next year, released renderings Wednesday showing portions of its high-end retail section, with gold-colored designs in the flooring, walls and columns.

The shopping district overall will span 90,000 square feet and feature around 35 “luxury retail concepts,” according to the news release.

It also will be “conveniently connected and highly visible” through the broader resort property, the developers said.

After the property changed hands a few times over the years, Soffer teamed with Kansas conglomerate Koch Industries to reacquire the still-unfinished skyscraper in February 2021.

At the time, the project was 75 percent complete, the new owners said.

The 67-story resort is scheduled to debut in the fourth quarter of 2023, according to Soffer’s company, Fontainebleau Development.