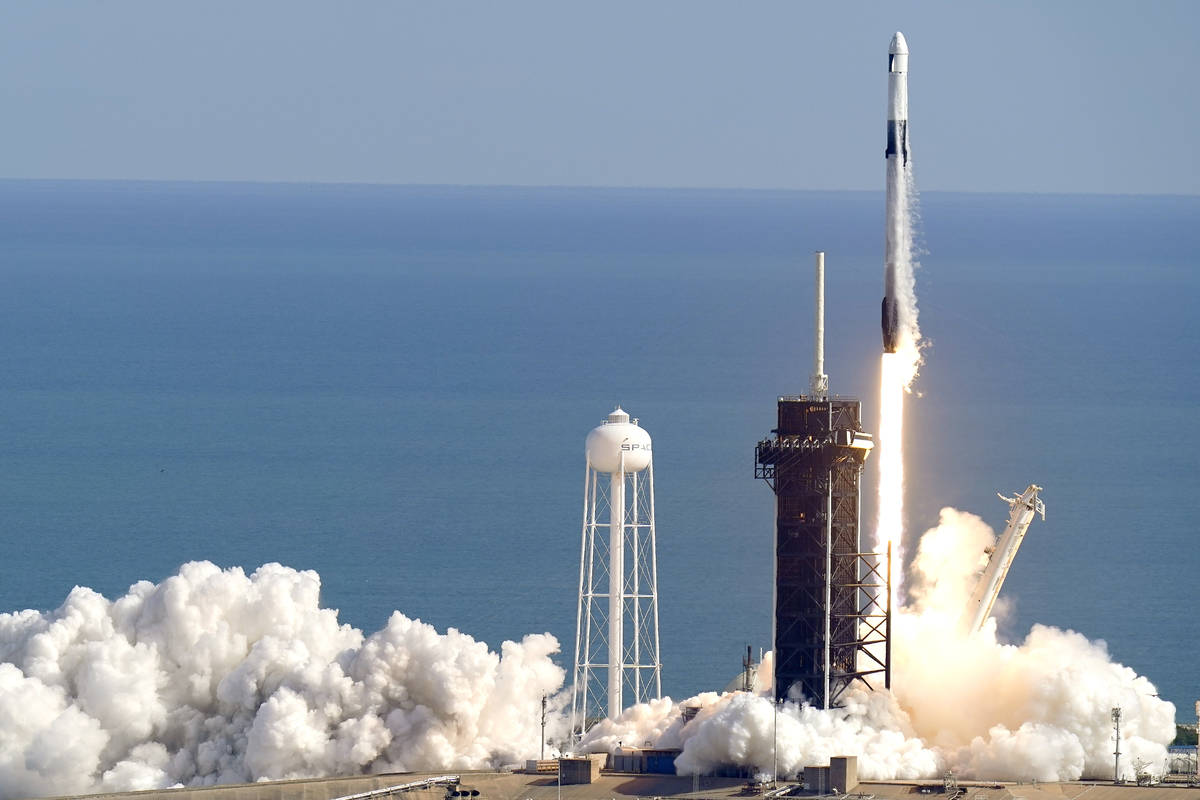 A SpaceX Falcon 9 rocket on a resupply mission to the International Space Station lifts off from pad 39A at the Kennedy Space Center in Cape Canaveral, Fla., Sunday, Dec. 6, 2020. (AP Photo/John Raoux)

Space represents an out-of-this-world opportunity for research and development, and the International Space Station continues to play a significant role in how microgravity conditions can help humans better understand space and their own world.

Astronauts at the station conduct experiments around the clock at the station, ranging from cellular, physical and material science, said Serena Auñón-Chancellor, a NASA astronaut and physician who spent nearly 200 days in 2018 as the only American on the space station.

“If you look at the amount of science that we can perform nowadays on station, simultaneously during the day with astronauts compared to 10 years ago, it’s gonna blow your mind,” she said, later adding, “We’re these tremendous science experiments ourselves when we’re up there.”

The space station also will factor into NASA’s Artemis program to send the first woman and the next man to walk the moon by 2024.

These lunar astronauts will need significant protections and preparations to endure the hostile conditions of space. Artemis missions must consider how they plan to reclaim water or build exercise equipment for its astronauts on the moon, she said.

Radiation from far-off space poses an invisible threat to astronauts with the potential to cause cancer or other major health problems, she said.

“Actually in low-Earth orbit, where the station is right now, we’re pretty well-protected from space radiation,” Auñón-Chancellor said, “and that changes the moment we head back to the surface of the moon.”

Weapons, military and aerospace corporation Lockheed Martin began initial testing this week of its radiation protection vest on the space station, said Kat Coderre, a systems engineer for human spaceflight programs. Space station astronauts wear the vest for an “ergonomics” test: Is it comfortable and does it do what it needs to do?

Some of the experiments are more hands off.

Research and development company Space Tango manufactures health and technology products in space using automation. The company views space as an opportunity to do research in otherwise nonreplicable conditions, according to commercial innovation officer Jana Stoudemire. Space Tango provides an avenue for other companies to conduct their own work at the station.

Space Tango facilitates many of the experiments on board the space station. She said astronauts install Space Tango experiments on the station, and the company controls them from the ground; Auñón-Chancellor previously worked on one such experiment involving a muscle tissue chip.