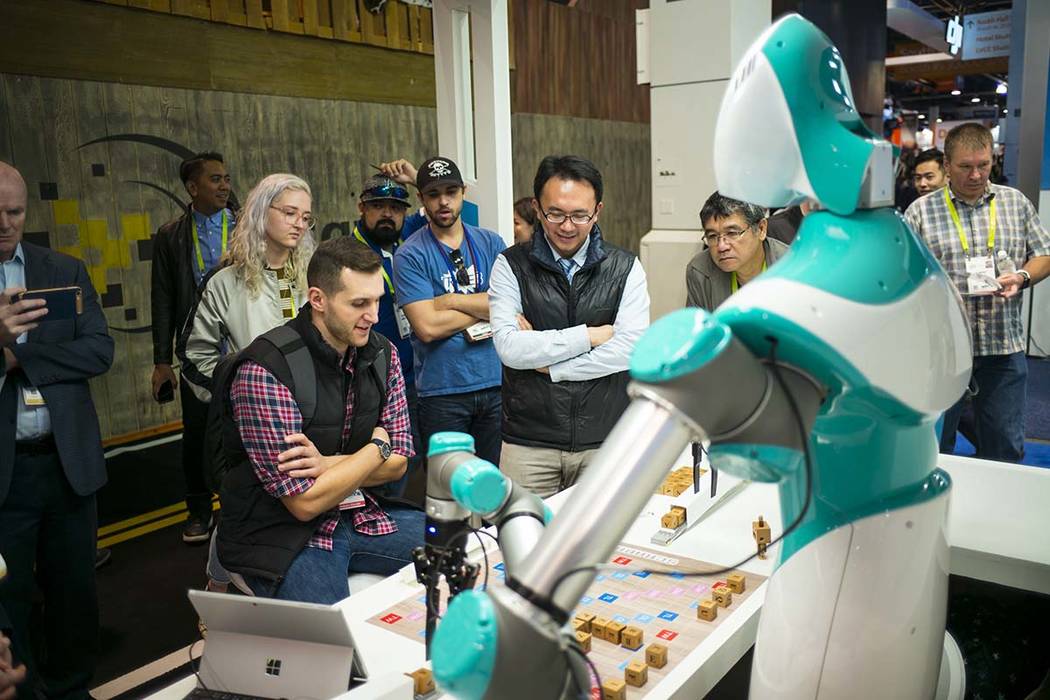 Mark Guarraia of Cambridge, Mass. plays in a game of Scrabble against a robot created by Industrial Technology Research Institute during CES at the Las Vegas Convention Center in Las Vegas on Friday, Jan. 12, 2018. Chase Stevens Las Vegas Review-Journal @csstevensphoto 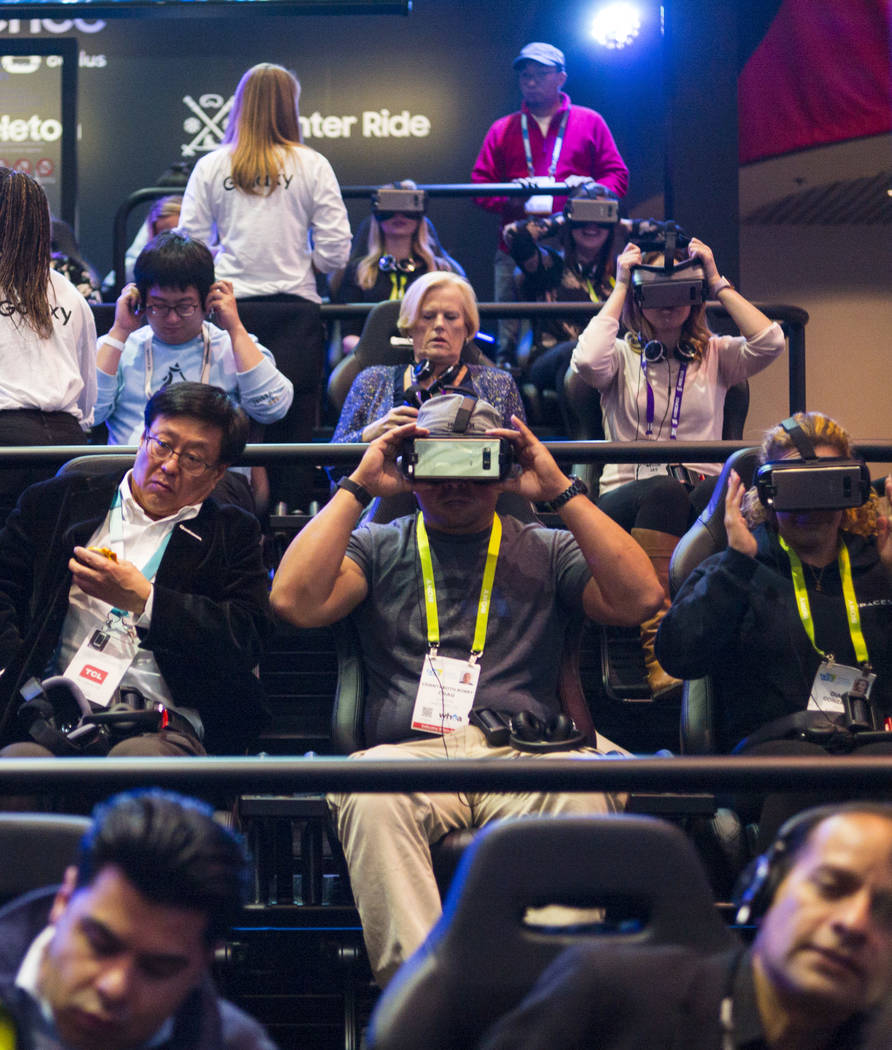 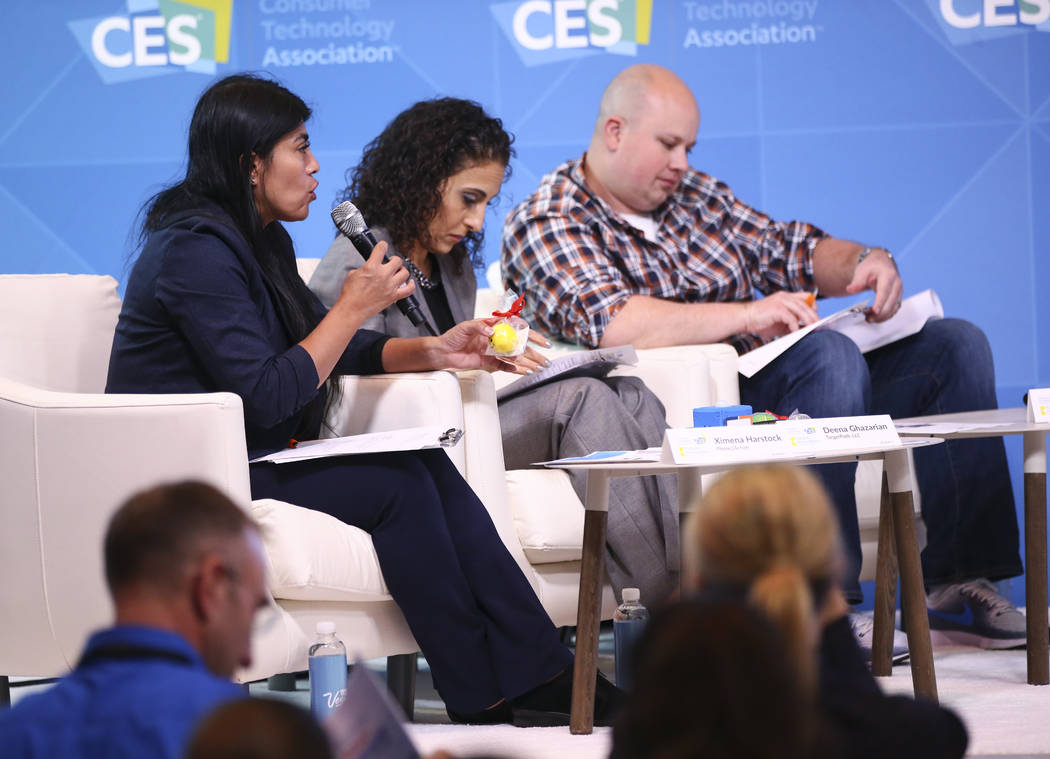 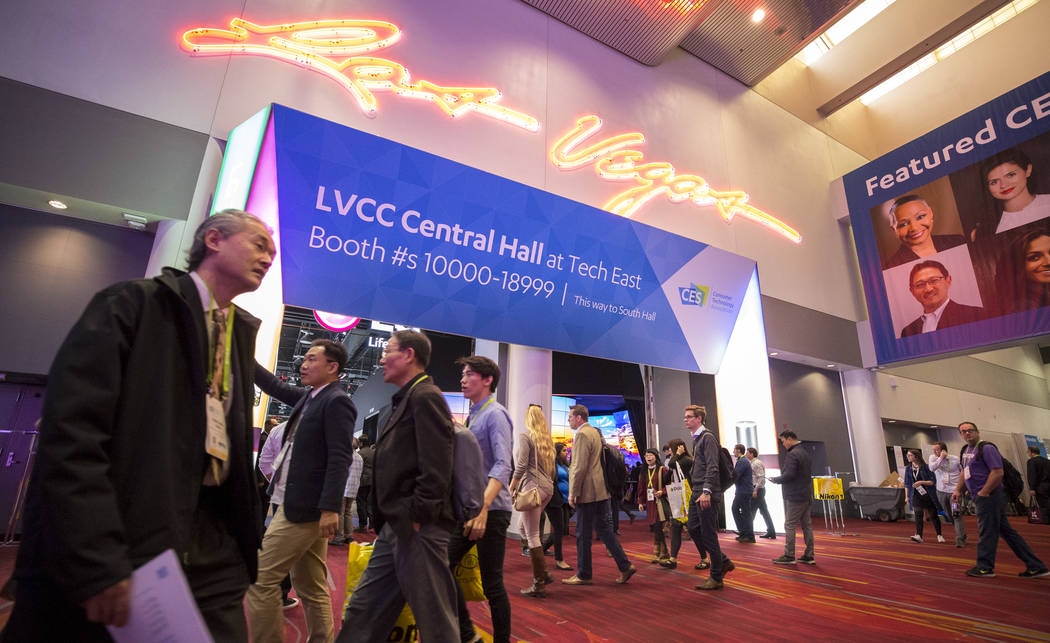 And a whole lot of noise.

With more than 4,500 exhibits showcasing the newest technology at CES Tuesday through Friday, attendees can expect an abundance of lights and sounds as each booth vies for attention. Seasoned attendees and local experts doled out advice on how to best manage the convention’s crowds.

Lori Schwartz has spent about eight years as a CES tour guide for independent consultancy StoryTech, pointing out some of the biggest trends on the show floor to C-suite executives.

She said it’s important to realize that CES will require attendees to be on their feet the majority of time, which means appropriate clothing is important. Her go-to shoes are usually Vans.

“You want to be light on your feet and not carrying anything heavy,” she said. “Be dressed comfortably, but still professionally. … I always have fun kicks but a suit of some kind.”

All that walking can be exhausting, but Schwartz said it can be a challenge to find food to recharge.

“I would say forego lunch and carry snacks” like health bars, she said. “It’s not easy to get food. There are long lines. … Some leave, but it’s hard to move around Vegas that week (with traffic).”

For those who do want to get away from the crowds, Schwartz suggested heading to Henderson to find food or downtime. She said hotel rooms also offer solace.

Attendees can expect CES booths to be fighting for their attention, according to Joel Snyder, an associate professor of psychology at UNLV whose research focuses on how people process sounds in complex environments.

He said CES visitors often showcase the cocktail party effect— the ability to focus on one point of sound when there’s surrounding chatter.

“As we get older, we get worse and worse at this,” Snyder said.

Distractions can be both auditory and visual, Snyder said. He suggested attendees plan their day in advance using the convention’s app to make sure they hit the booths and sessions they want before becoming distracted on the show floor.

“If it’s loud or bright or happens suddenly, you can’t help but turn our head towards it,” he said.

As for the exhaustion that can follow a day surrounded by the convention’s lights and sounds, Snyder said a good night’s sleep can be “really helpful.”

To make sure all of the information absorbed isn’t wasted, he recommended taking notes and photos.

“We miss a lot of stuff, and we forget stuff pretty fast,” he said. “Every time you recall a memory, things change about it. … Taking a picture is better than taking a mental picture.”