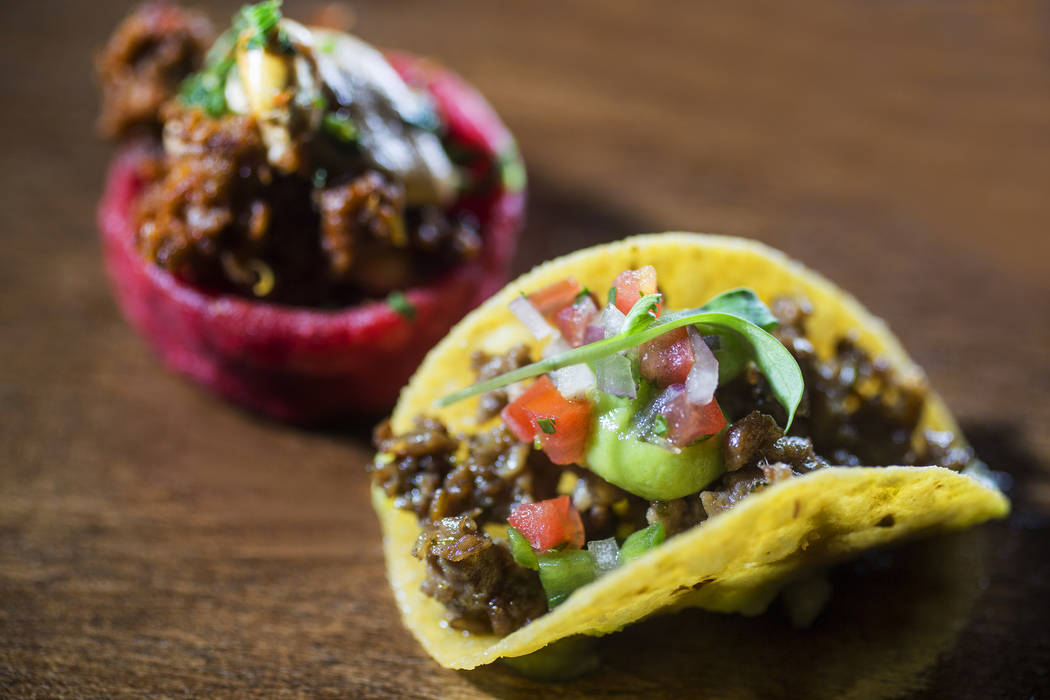 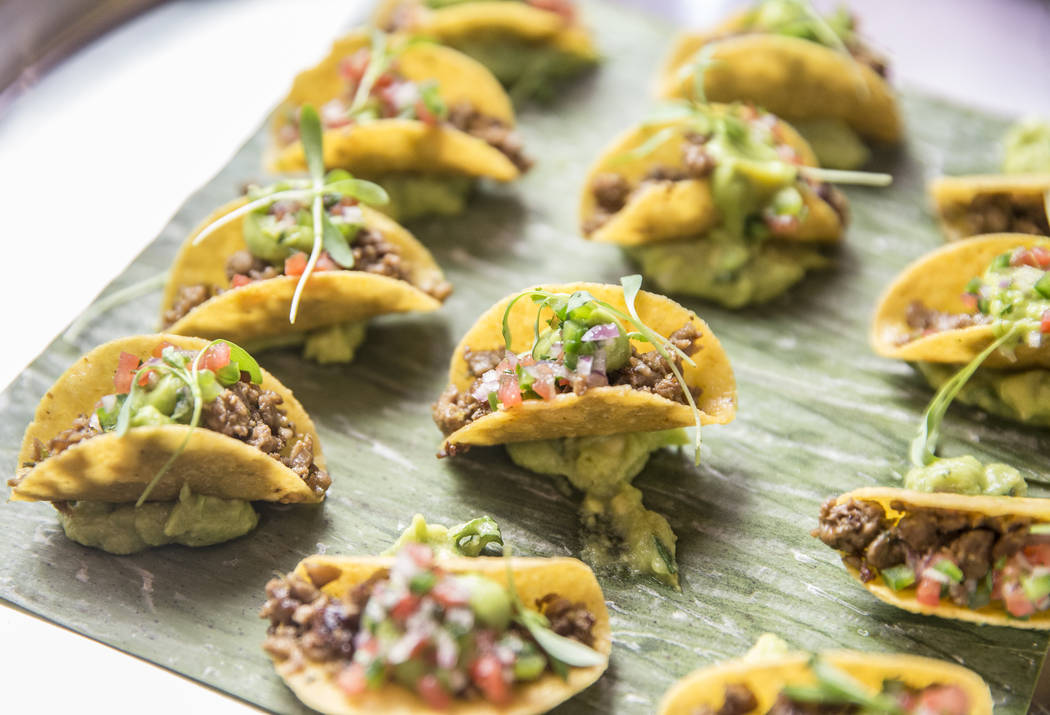 A tray of Impossible Tacos during the launch of Impossible Burger 2.0 at Border Grill on Monday, Jan. 7, 2019, at Mandalay Bay, in Las Vegas. Benjamin Hager Las Vegas Review-Journal 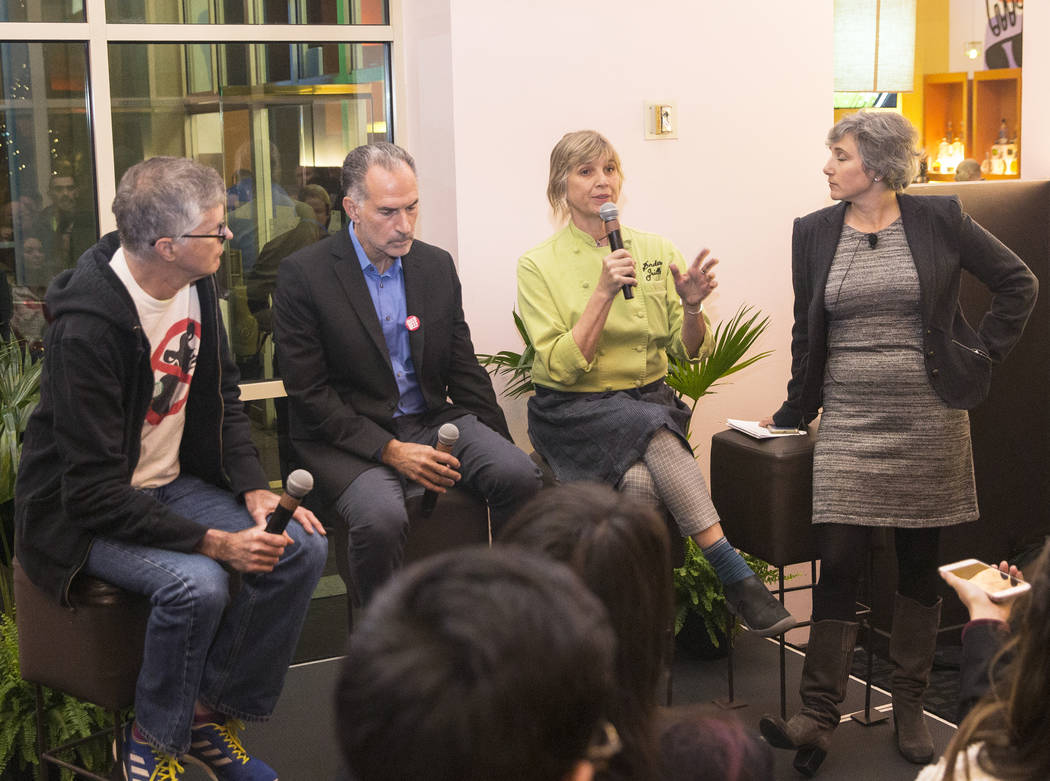 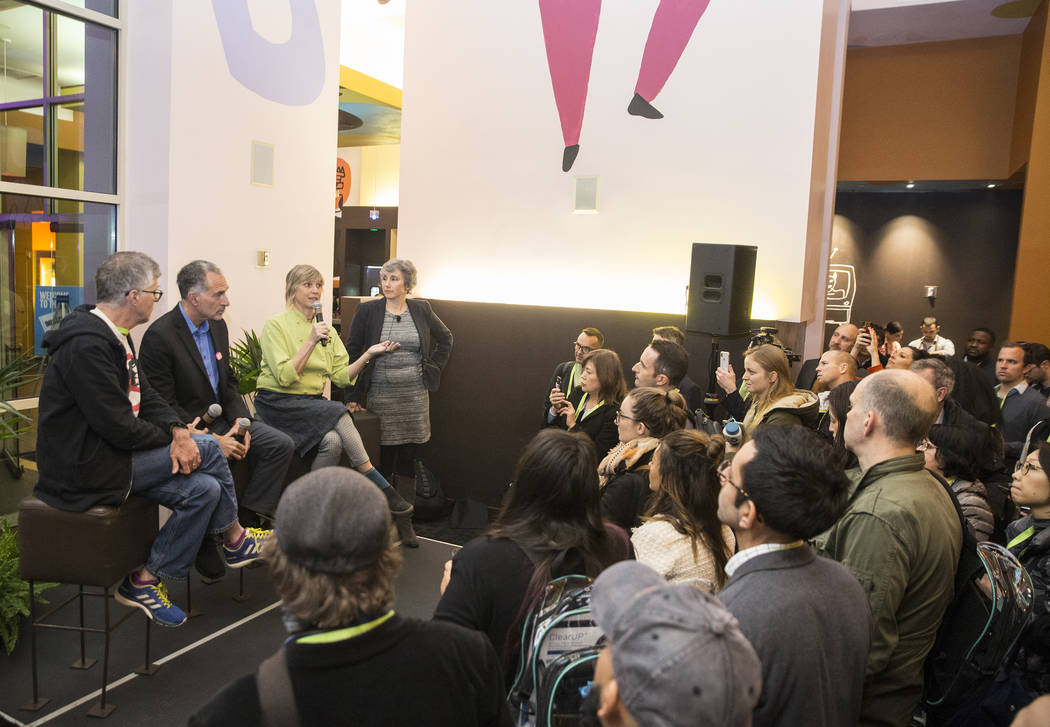 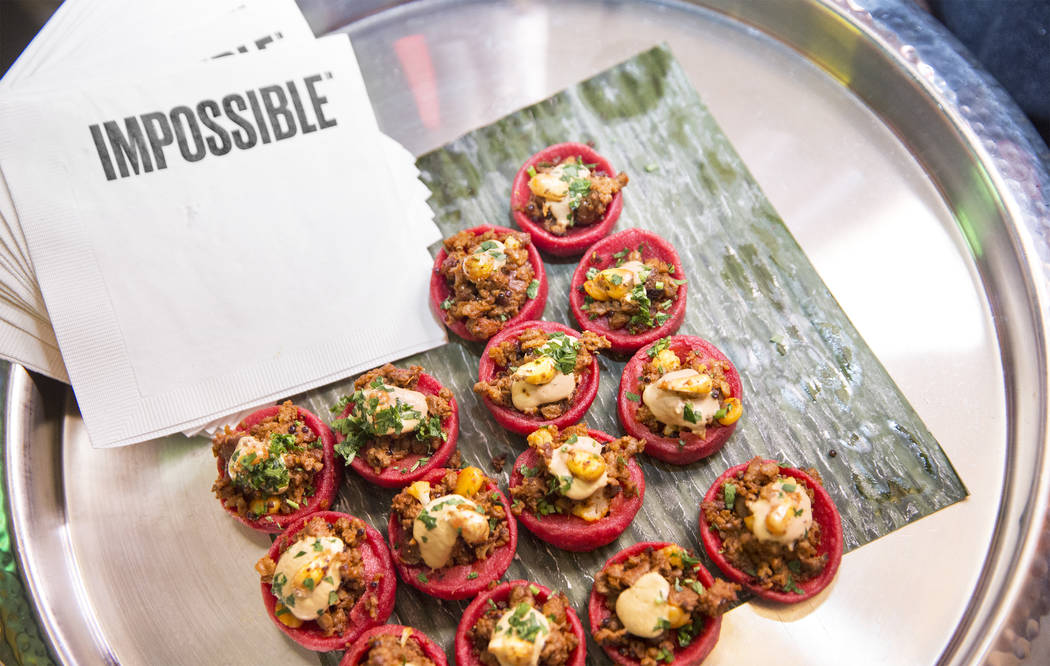 A tray of impossible sope during the launch of Impossible Burger 2.0 at Border Grill on Monday, Jan. 7, 2019, at Mandalay Bay, in Las Vegas. Benjamin Hager Las Vegas Review-Journal

Impossible Foods — the company famous for making a burger substitute so much like the real thing it even “bleeds” — unveiled Impossible Burger 2.0 on Monday evening at a packed media event at Border Grill at Mandalay Bay. The event was part of the annual CES technology convention being held at sites across the city this week.

The biggest improvement: Impossible Burger, which originally was designed for restaurants’ flat-top grills, now can be steamed, seared or grilled, and mimics the transformative processes of beef as its heated. It can be used in place of ground meat in dishes such as meatballs, chili and more. Monday night’s samples included sliders that tasted like perfect, juicy mini-burgers — perhaps not surprising, since White Castle now serves Impossible Sliders in some locations.

Monday’s mini-sopes were made with crusts of beet-tinted cauliflower (instead of the customary masa) and dabs of vegan crema on top of the Impossible Burger 2.0, crumbles so flavorful and richly textured it relegates all other meat substitutes to the back burner.

Border Grill became the first restaurant anywhere to serve the 2.0 version on Jan. 7, and chef and co-owner Mary Sue Milliken, who spoke at the event, said she’s excited about the product’s possibilities. Milliken said she has long been interested in Impossible Foods because of their potential to help reduce the negative impact beef cattle have on the environment. Launched in 2016, the Impossible Burger now is served in more than 5,000 spots across the country.

The company expects to serve at least 12,000 free samples during CES from a food truck outside the Las Vegas Convention Center. Impossible Foods said it’s the first time CES has featured a food as technology.