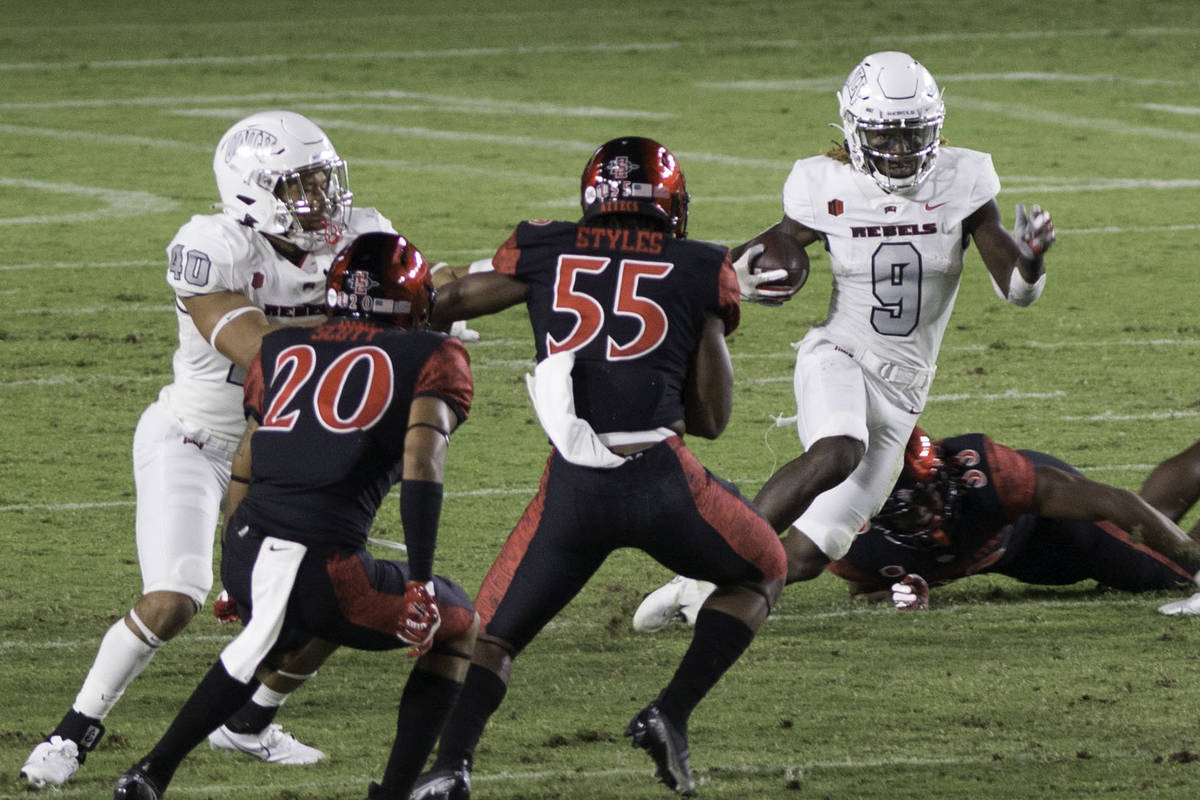 UNLV’s Tyleek Collins runs the ball back on a kickoff return during Saturday's Mountain West conference game against San Diego State at Dignity Health Sports Park in Carson, CA on October 24, 2020. Special to the Review-Journal.

CARSON, Calif. — The question of who would start the season at quarterback for UNLV was finally answered when Max Gilliam trotted onto the field to take the first snap against San Diego State on Saturday at Dignity Health Sports Park.

Gilliam, a senior who started seven games for the Rebels in 2018 but didn’t take a snap last season, was the 12th player to start the season at quarterback for UNLV in the past 17 seasons.

Armani Rogers had started the past three openers for the Rebels, one of only four quarterbacks to start multiple season openers during that span.

Gilliam was listed as a co-starter with sophomore Kenyon Oblad, who started nine games for the Rebels last season, and sophomore transfer Justin Rogers. Oblad and Rogers also played in the first half.

None of them was able to move the offense in the first half, when the Rebels totaled 25 yards and trailed 27-0 at halftime. They lost 34-6.

Justin Rogers picked up the only UNLV first down of the half on a 12-yard run midway through the second quarter, but the Rebels went backward from there and punted.

Gilliam led UNLV on an 81-yard drive to start the second half, capped by a 4-yard touchdown pass to Steve Jenkins for its first points of the season.

Thompson laid out and swatted the ball off Tanner Brown’s foot, setting up the Aztecs with the ball at the UNLV 16.

Four plays later, Greg Bell ran in from 3 yards to give San Diego State a 21-0 lead with 7:51 left in the second quarter.

Last season in Las Vegas, Thompson scored on a blocked punt that turned out to be a key play in the Aztecs’ 20-17 win.

Marcus Arroyo’s tenure at UNLV got off to a rough start with the loss.

Rebels coaches are 5-7 all time in their debut with the school.

Tony Sanchez, who went 3-9 in his first season at UNLV, lost his first game 38-30 to Northern Illinois in 2015. His team started 0-3 before he got his first victory.

San Diego State’s 7-0 lead after the first quarter was nothing new to this series.

In the past 18 games, the Aztecs have outscored the Rebels 141-54 in the first quarter. San Diego State has won 14 of those games.

Saturday was UNLV’s first neutral-city matchup in several years, even though San Diego State was technically the home team. 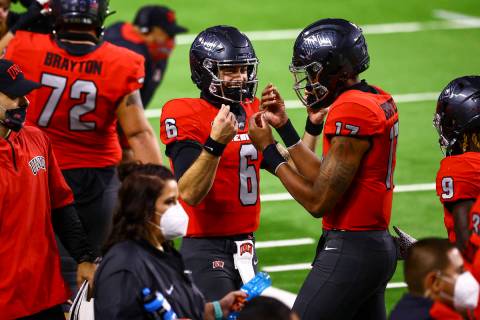 Max Gilliam has started all five games and received the bulk of playing time, but the Rebels have used four quarterbacks this season, including Doug Brumfield on Friday. 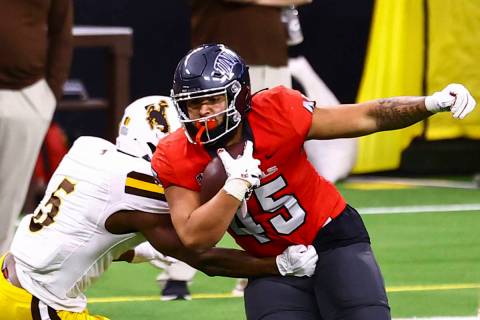 Of the 51 players UNLV used in its 45-14 loss to Wyoming on Friday at Allegiant Stadium, 12 were freshmen and seven were walk-ons. 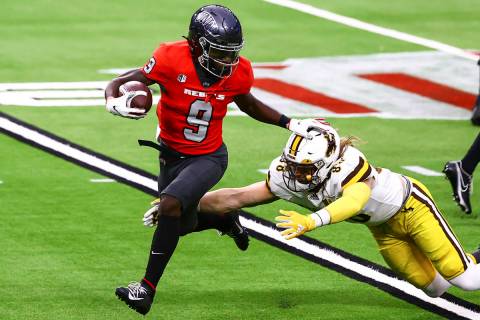 Wyoming scored on the second play of the game and cruised to a victory over UNLV, dropping the Rebels to 0-5 in Marcus Arroyo’s first season as coach. 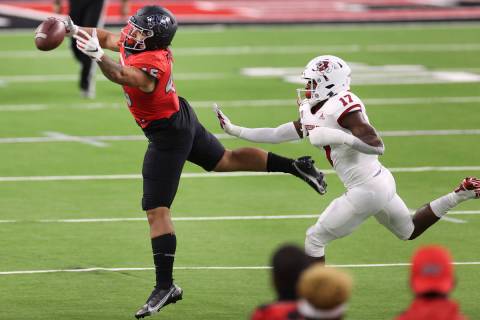 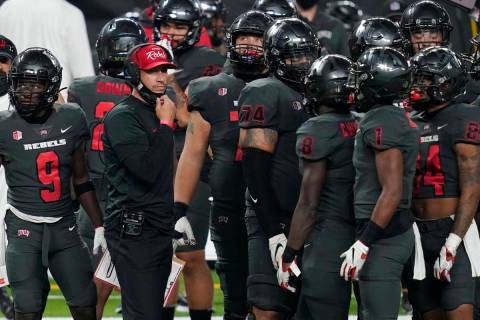 UNLV took last week’s game being canceled as an opportunity to get back to work on the practice field in advance of Friday’s game against Wyoming. 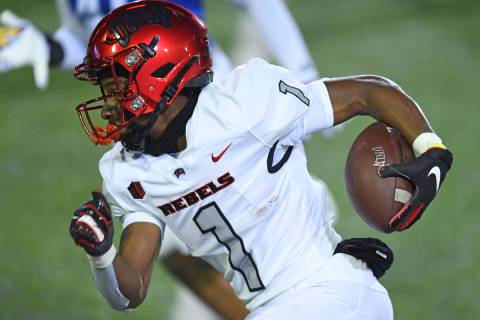 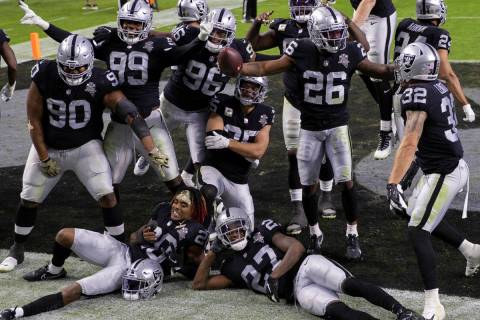 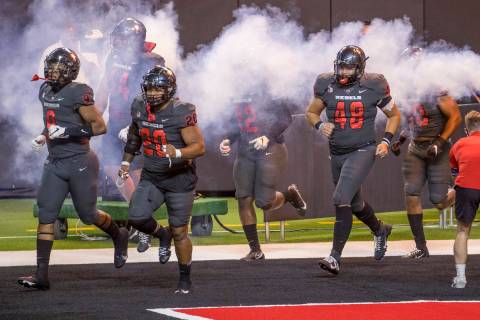 Four UNLV players tested positive for COVID-19, resulting in the first cancellation for the Rebels this season and the second for Colorado State. 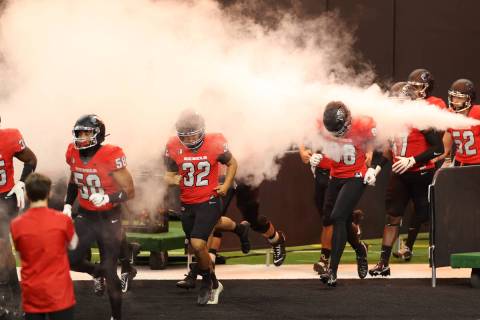 A report Tuesday said UNLV’s football game against Colorado State on Saturday has been canceled, but was later updated to say it has not been. 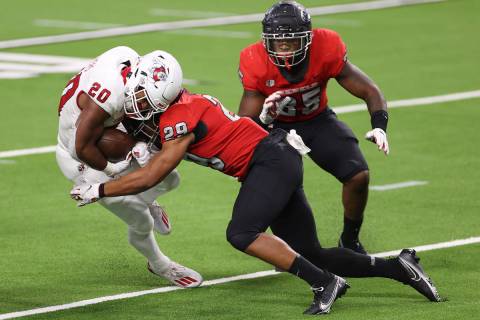 The Rebels fell to 0-4 with a loss to San Jose State on Saturday, but the Rebels are taking steps in the right direction, according to first-year coach Marcus Arroyo.