Here’s the grade we give each area of the UNLV football team for this season:

Despite being decimated by season-ending injuries to four starting receivers and starting three different quarterbacks, the Rebels finished with their highest scoring average (31.6 points per game) in 36 years and finished 16th in the country in rushing, one spot behind Alabama, with 241.5 yards per game. UNLV, behind a line that featured the same five starters every game, set a school record for fewest sacks allowed (10) and tied the school record for fewest fumbles lost (three). The offense had the potential for an A if not for one of the weakest passing attacks in the country. The Rebels finished with the country’s fourth-worst completion percentage (46.9, 138 of 294) and was in the bottom 15 in passing offense (162.9 ypg) while throwing for only 16 touchdowns.

Despite starting seven seniors — including first team All-Mountain West linebacker Tau Lotulelei — UNLV finished in the bottom 20 in the nation in scoring defense, allowing 36.8 points per game while surrendering at least 42 points in six games (1-5). The Rebels finished in the bottom 15 in interceptions (five) and bottom 25 in sacks (19). UNLV, which has given up more than 30 points and 400 yards in nine straight seasons, actually improved its total defense (430.1 yards per game) by 27 ypg from last season but gave up three points more per game. The Rebels simply couldn’t defend the deep ball, allowing 243.2 passing yards per game and 23 touchdowns while allowing teams to convert third downs 44.7 percent of the time (80 of 179) and fourth downs at a 63.2 percent clip (12 of 19). They also faltered down the stretch against the run, giving up consecutive season highs in rushing yards in its final two games — 271 to Boise State and 318 to UNR — while missing countless tackles.

This grade would have been an F if not for a stellar season by kicker/punter Evan Pantels, who made 13 of his 14 field-goal attempts (92.8 percent) to break the school record for field-goal percentage (88.2 percent, Jim Cook, 1987). Pantels hit a game-winning 28-yard field goal at Hawaii, and backup kicker Nicolai Bornand booted a game-winning 40-yarder against Wyoming in his only attempt of the season. Pantels wasn’t as consistent as a punter, but still averaged 41.7 yards and put 12 inside the 20.

Besides the kicking, UNLV’s special teams were anything but. The Rebels finished next to last in the nation in punt returns with minus-1 yard on 12 returns. They actually totaled minus-12 yards on 11 conventional punt returns, but were awarded 11 yards on Aaron Borg’s recovery of a blocked punt in the end zone for a touchdown at Central Michigan. UNLV was 96th in the country in kick returns (18.94-yard average), 113th in punt return defense (11.75) — giving up a return of at least 58 yards in each of the final three games — and 119th in kick return defense (25.05).

Perhaps Tony Sanchez’s biggest accomplishment in his second season at UNLV was raising most of the funds needed to build the Fertitta Football Complex, a state-of-the-art football training facility expected to cost about $25 million and break ground in the spring. In trying to change the culture of the long-suffering program, Sanchez also brought in arguably the best recruiting class in school history in February and has improved its academics and strength and conditioning in short order. But the bottom line in coaching is wins and losses, and the Rebels made marginal improvement, winning one more game than last season while finishing 4-8.

UNLV fell short of its goal to go to a bowl game despite a schedule that saw it favored in six games. The Rebels lost four of those, including two in which they were double-digit home favorites (Idaho, UNR). UNLV also pulled off two upsets as underdogs of more than a touchdown (Hawaii, Wyoming).

The offense, for the most part, overcame an avalanche of injuries along the way, but the defense, despite seven senior starters, didn’t improve. It actually regressed down the stretch, giving up 43.8 points in its final six games.

Injuries are one thing, but the team just wasn’t ready to play in three of its final five games, trailing 35-0 at halftime to Colorado State, 27-10 to San Jose State and 27-7 to UNR. 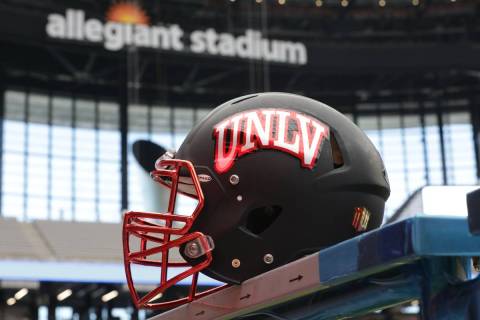 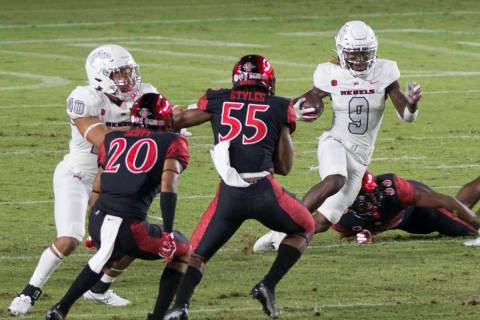 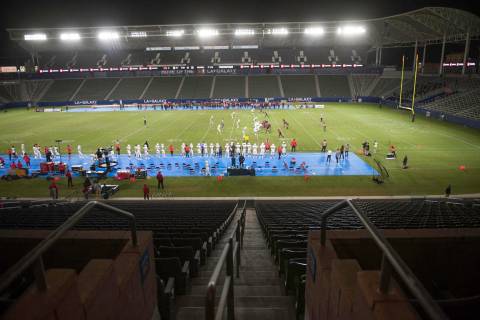 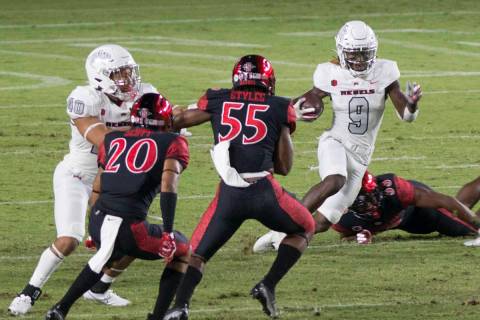 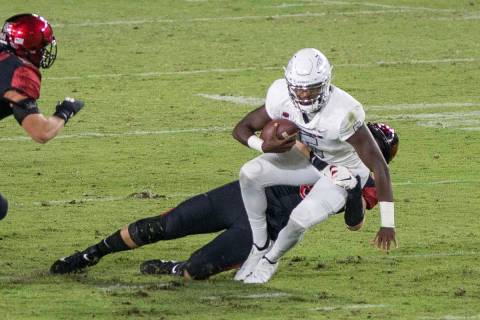 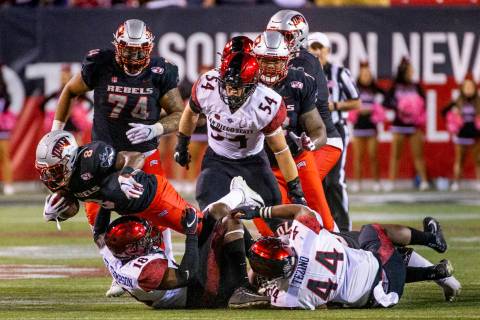 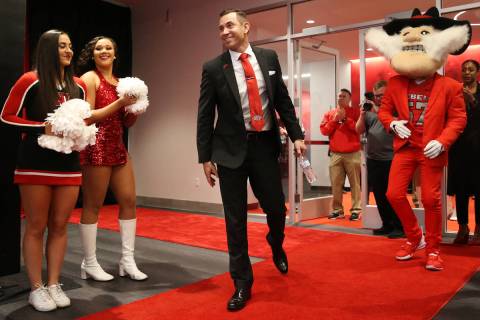 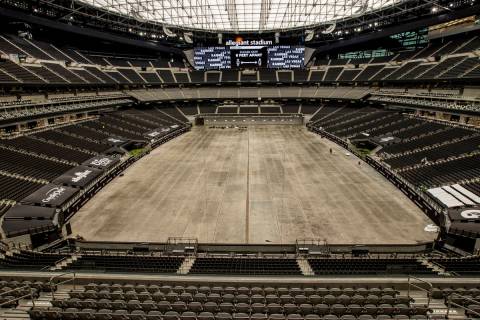 Fans will be in the stands for UNLV’s first two football games at Allegiant Stadium after the school’s plan was approved by local and state officials Friday.