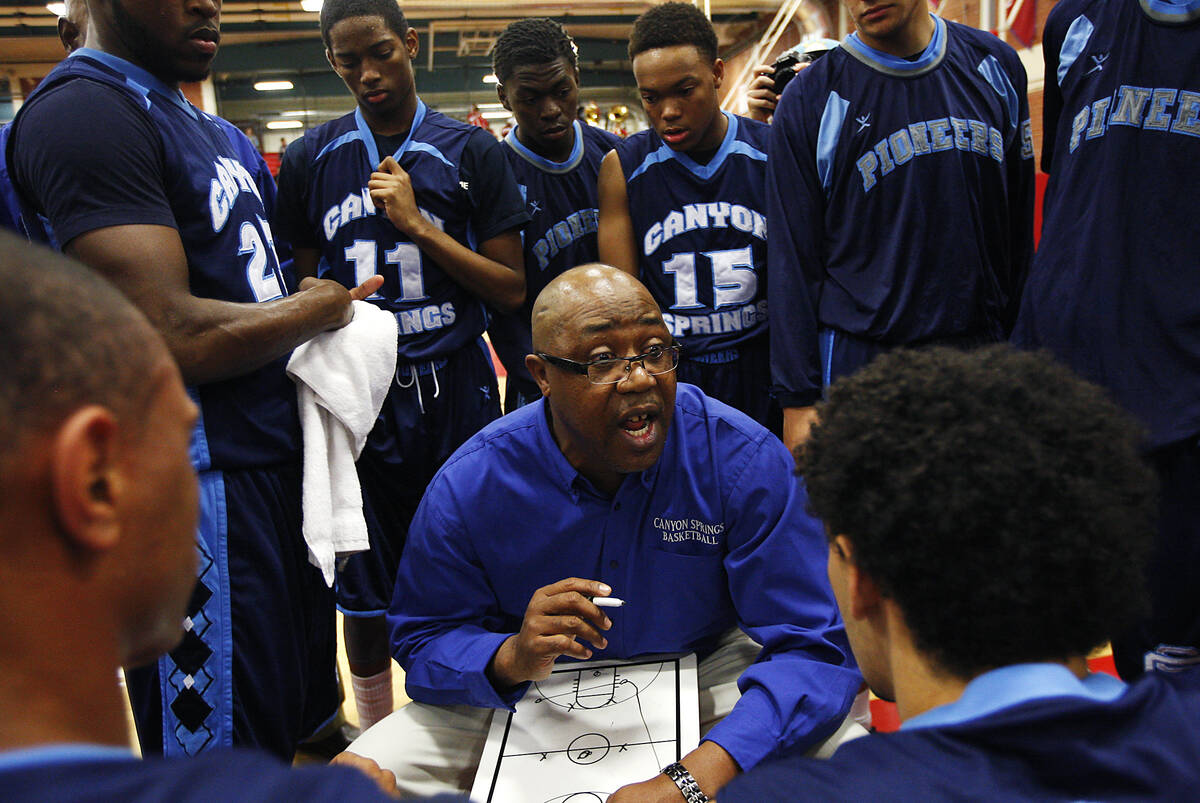 Canyon Springs head coach Freddie Banks talks to his team during a time-out against Valley High School in Las Vegas on Jan. 12, 2012. Banks played for both Valley High and UNLV during his basketball career in Las Vegas. (Las Vegas Review-Journal) 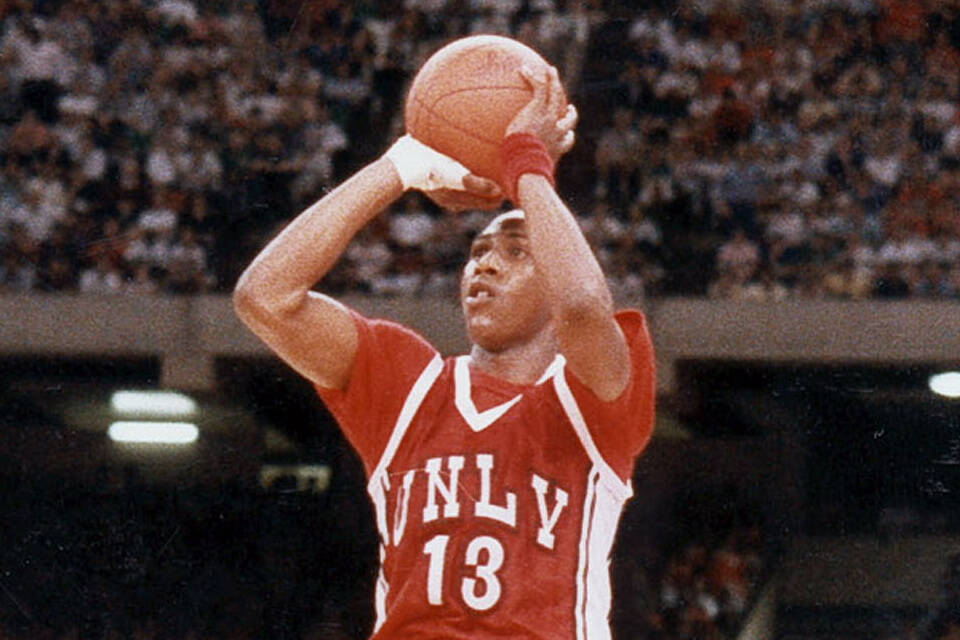 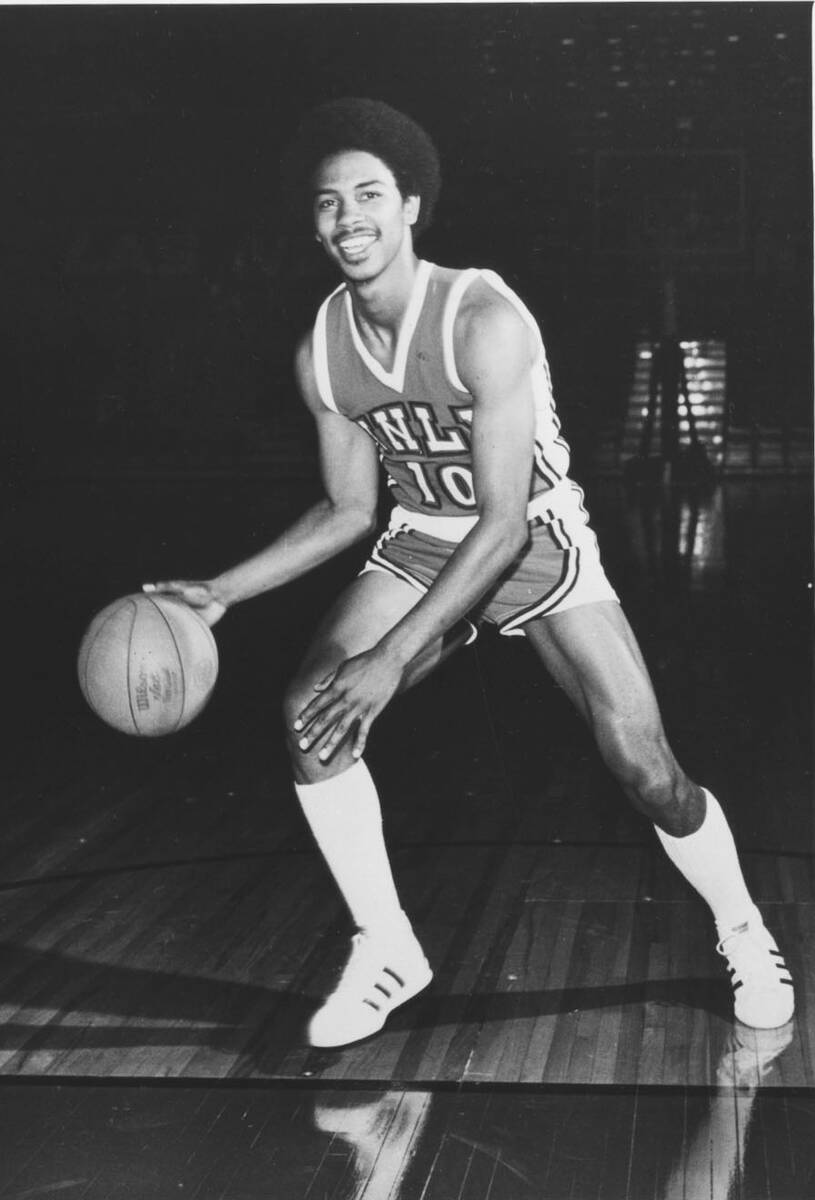 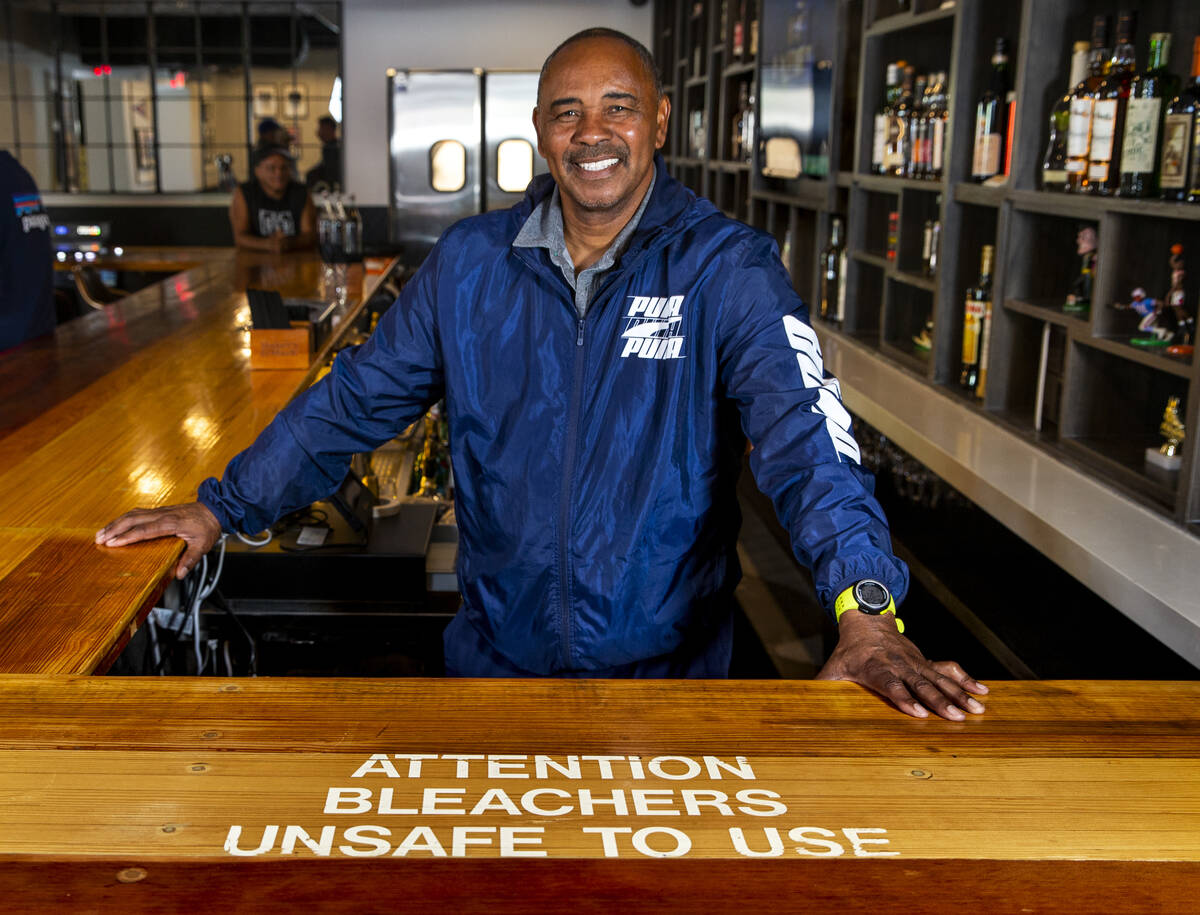 Banks will be honored during the Nov. 27 home game against UCLA. Smith’s number will rise Feb. 19 when Colorado State visits.

UNLV on Wednesday also unveiled its nonconference schedule. The UCLA game isn’t the only marquee matchup.

The Rebels also host California on Nov. 13, play at T-Mobile Arena against Michigan on Nov. 19 and Arizona or Wichita State two days later, and visit Southern Methodist on Dec. 1. They also play two games at Michelob Ultra Arena — Seattle on Dec. 8 and Hartford on Dec. 11.

Banks, who coaches Canyon Springs High School, was relieved to find the UCLA date doesn’t conflict with his team’s schedule.

“I didn’t schedule a game that day, so I’m good,” Banks said laughing.

Banks, who made the 1983 McDonald’s All-America Team at Valley High School, helped lead the Rebels to the 1987 Final Four. He made an NCAA Tournament record 10 3-pointers in the semifinals against Indiana and averaged 19.5 points that season. His 152 3-pointers that season remain the school record.

“It means a lot to me because it’s been a long time coming,” Banks said of the UNLV honor. “I’m thankful to God that it happened now while my mother and father are still here.”

Smith was the point guard on UNLV’s first Final Four team, which set national records with 3,426 points and 23 100-point games. He led the nation that season in free throw percentage at 92.5 and twice led the Rebels in assists.

He was the Rebels’ radio game analyst for 10 years before suffering a stroke two years ago.

“(The honor is) long overdue and incredibly well-deserved and very gratifying,” UNLV play-by-play announcer Jon Sandler said. “I wish it had been done prior to Robert getting ill. But he’s at a point now where it will register and it will mean a great deal to him.”

It also will mean a lot to the Las Vegas community, Sandler said. “He’s such an important part of this community and has been for so long.”

Sandler said though Smith’s condition has improved, he still has a lot of work ahead.

“Each time I’ve seen him, he’s been a little bit better,” Sandler said. 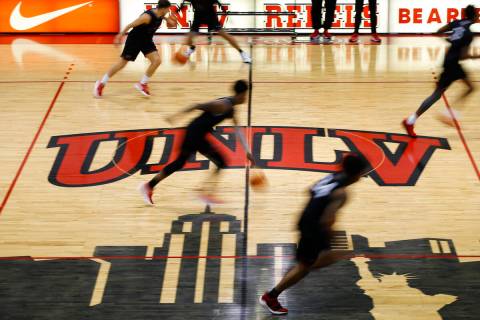 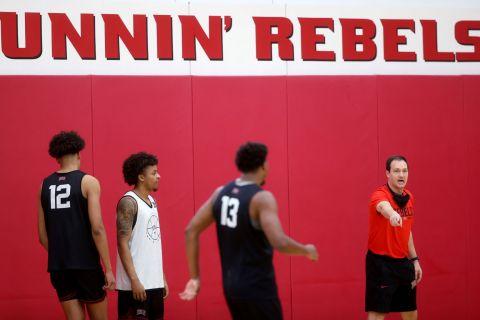 Players on the men’s basketball team will receive a $500 per month car allowance for a year through Findlay Toyota, Blueprint Sports announced Tuesday. 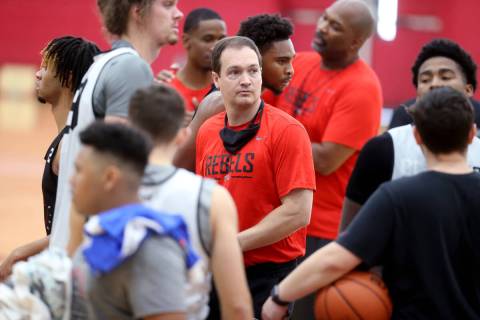 Rare was the familiar face running up and down the Mendenhall Center courts for a UNLV team featuring nine transfers. But the effort and intensity were there. 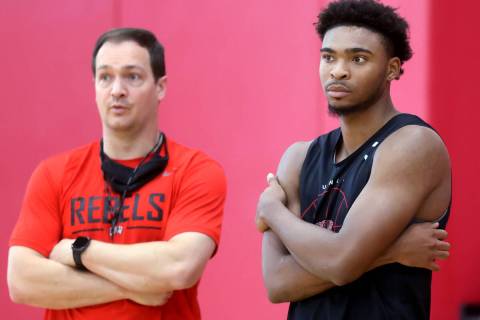 Bryce Hamilton is returning to the Rebels for his senior season after an offseason in which he declared for the NBA draft and entered the NCAA’s transfer portal. 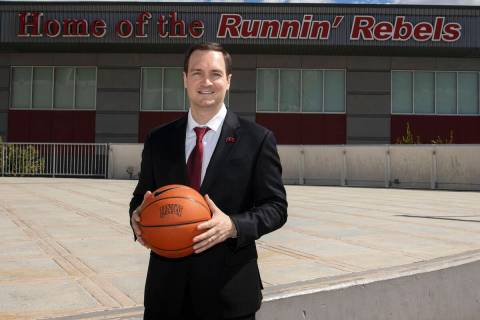 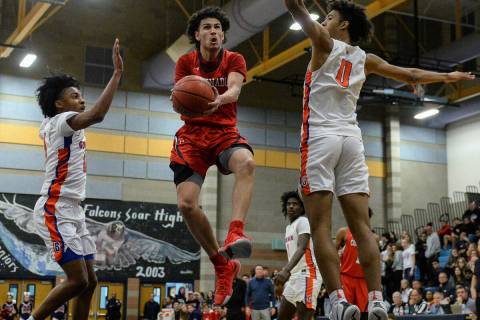 A point guard, Richard Isaacs played at Coronado as a freshman before departing for Wasatch Acaemcy, which plays a national schedule. He’s returned to Coronado for his senior season. 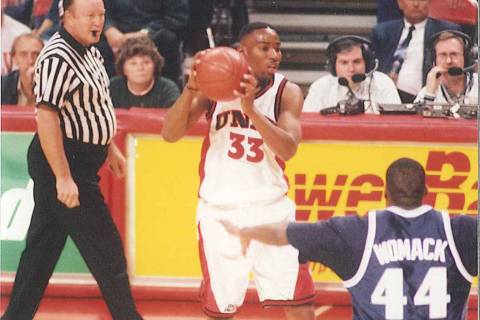 Wes Reed, a former UNLV basketball player who went on to become a coach, mentor and fixture in the high school community, died Sunday from complications of COVID. 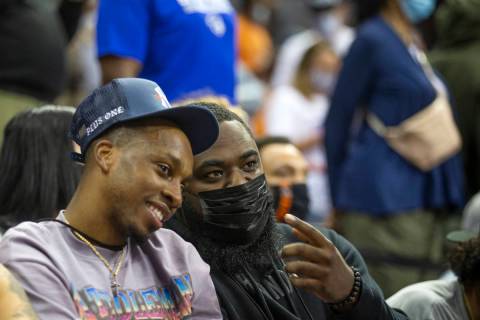 Former UNLV wing Jordan Cornish returned to the Thomas & Mack Center this week for the first time since leaving the program in 2016. He’s now an NBA agent with Beyond Athlete Management. 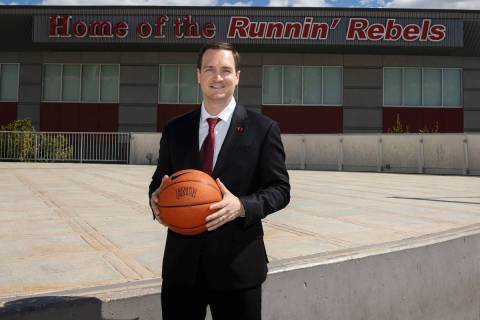 Other notable matchups include a home tilt Feb. 1 against UNR, a Feb. 22 trip to Reno and a Feb. 19 meeting with Colorado State. Conference play concludes March 5 against New Mexico.