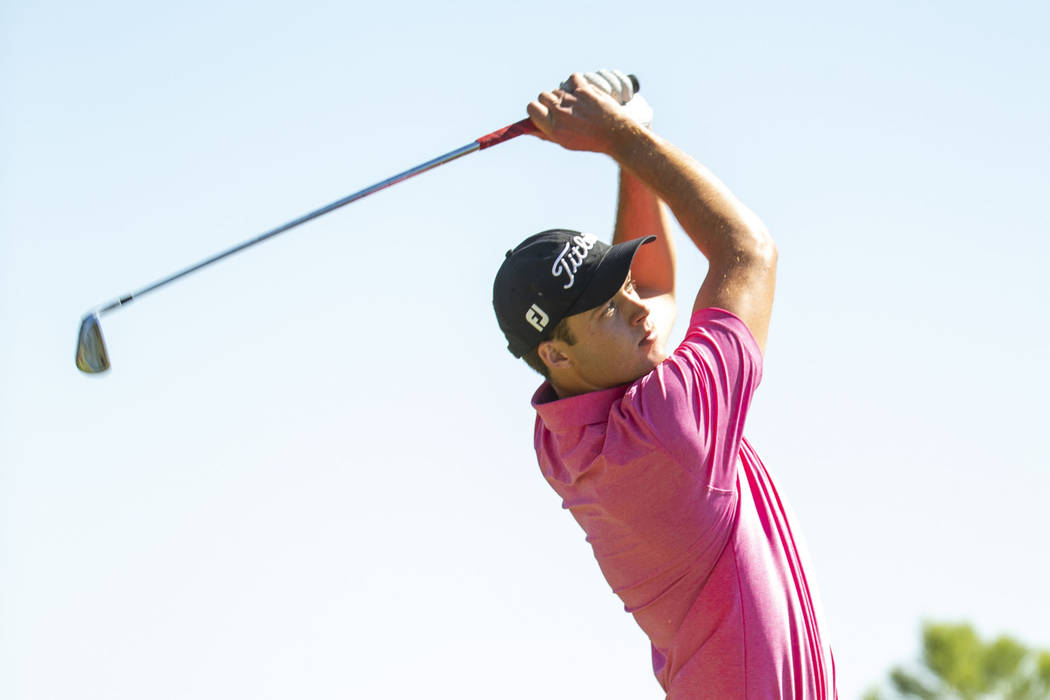 UNLV junior Jack Trent follows through on his shot from the fourth tee in the fourth round of the Shriners Hospitals for Children Open at TPC Summerlin on Oct. 6. (L.E. Baskow/Las Vegas Review-Journal) @Left_Eye_Images

Trent was the lone amateur to make the cut in the Shriners Hospitals for Children Open at TPC Summerlin. Making his PGA Tour debut, the native of Sunshine Coast, Australia, tied for 29th at 14-under-par 270.

In his lone college event during October, Trent tied for seventh at the Tavistock Collegiate Invitational at 4-under 212.

Eighteen ballots are eligible to be cast, with 15 coming from members of the Hogan Trophy Foundation and Friends of Golf and three social media fan ballots. Those votes are issued to the top vote-getter (likes) on Twitter, Instagram and Facebook.

In line with the yearly Ben Hogan Award, voters consider all college, amateur and professional event results. Winning a monthly award is not a prerequisite to be named a Ben Hogan Award semifinalist, finalist or winner.

The Ben Hogan Award is given each May to the top men’s college golfer, taking into account all collegiate and amateur competitions over the previous 12 months.

At Fertitta Tennis Complex, senior Samantha Li recorded a singles victory and teamed with sophomore Connie Li for a win in doubles on the first day of the three-day Rebel Invitational.

At Los Angeles, junior Jesse Cawley placed fifth in the 3-meter event (554.20), and sophomore Montse Moreno was 10th in the 1-meter event (495.25) on the first day of the three-day, nine-team Trojan Invitational.