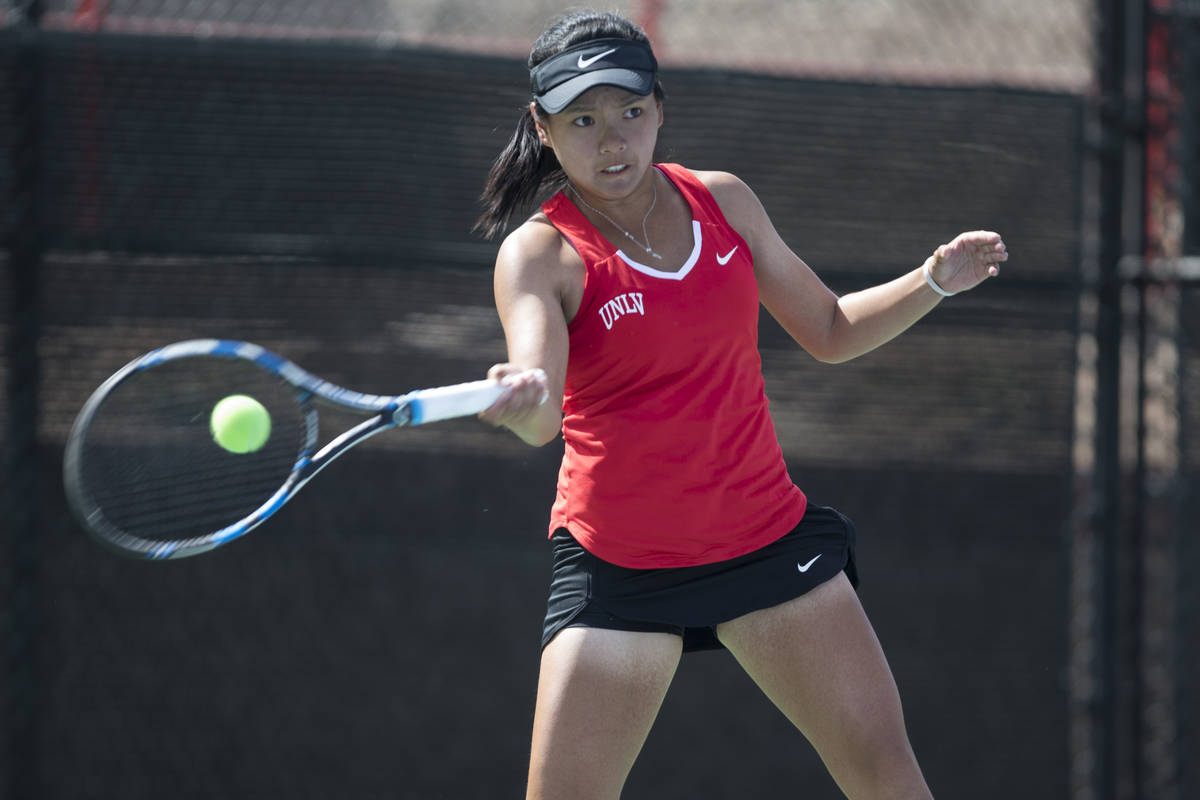 UNLV senior En-Pei Huang, shown in 2017, was named All-Mountain West in doubles for a fourth time and in singles for a second time. (Erik Verduzco/Las Vegas Review-Journal) @Erik_Verduzco

UNLV junior Izumi Asano and senior En-Pei Huang were named to the All-Mountain West women’s tennis team in singles and as a doubles team, the league announced Thursday.

It marked the third singles honor for Asano and second for Huang, who was honored in doubles for a fourth time.

Asano, from Kasugai, Japan, went 8-6 in singles, including 4-3 from the No. 1 spot in dual matches. She was named the Mountain West’s player of the week in two straight weeks in February.

Huang, from Kaohsiung City, Taiwan, went 9-8 in singles, including 4-3 in duals from the No. 2 spot.

As a doubles team, Asano and Huang went 15-3, including 6-0 in dual matches. They won the program’s first ITA regional doubles title in the fall and then rose to No. 13 in the national rankings before finishing No. 20.

Kobelt, from Columbus, Ohio, transferred to UNLV from Ohio State. He went 14-5 in singles, including 7-2 at the No. 1 position. He teamed with Sauer, from Pretoria, South Africa, to go 12-5 in doubles, including 9-4 in duals from the No. 1 spot.

Samuelsson, from Ahus, Sweden, went 11-3 in singles, including 10-1 from the No. 2 position. He was named league player of the week twice en route to his second all-league designation.