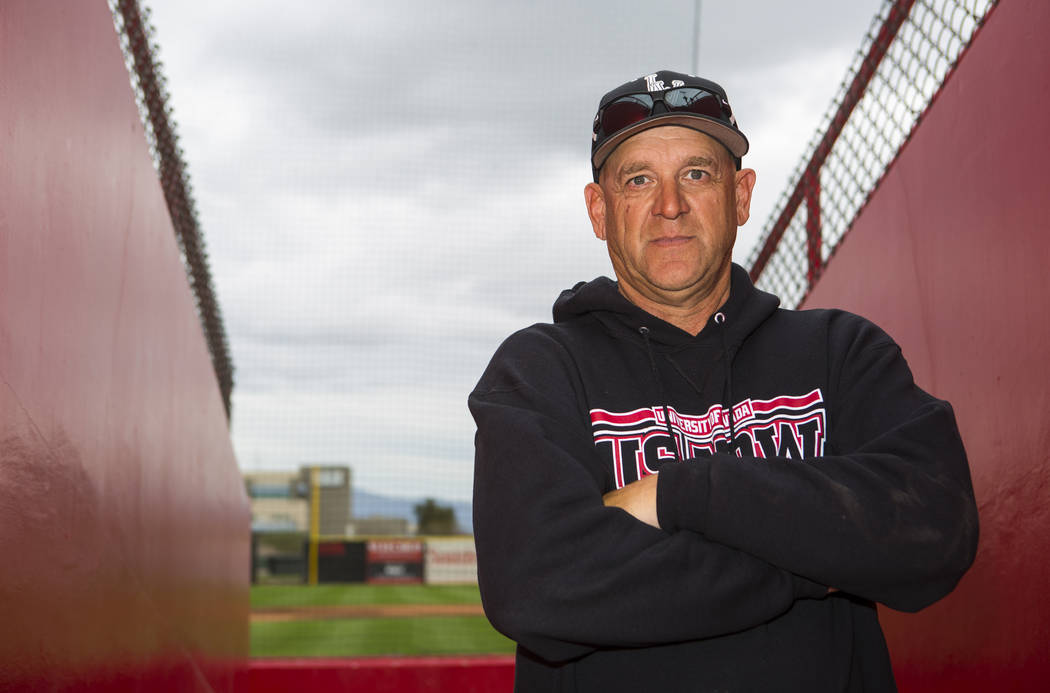 UNLV had to claw its way into the Mountain West baseball tournament, but once the Rebels arrived in San Diego, they didn’t want to leave.

The Aztecs, though, had the final say. Jordan Verdon delivered a one-out, bases-loaded sacrifice fly to left field to score Jacob Maekawa for a 4-3 victory in the 12th inning.

“I couldn’t be more proud of how hard we fought,” Rebels coach Stan Stolte said.

If the Aztecs win, they take the tournament championship and automatic bid to an NCAA regional. If they lose, a winner-take-all game will be at 1 p.m. Sunday.

UNLV and San Diego State each scored three runs in the third inning before the bats went quiet for both sides.

UNLV right-hander Trevor Horn pitched eight innings and allowed nine hits, but only four after the third. Closer Bryan Menendez relieved Horn in the ninth and took the Rebels into the 12th inning, allowing one hit in 3 2/3 innings.

“Bryan Menendez was unbelievable, the toughness he showed pitching four innings on one day’s rest and just battled so hard,” Stolte said. “I’ve never been more proud of a kid in all my years of coaching. The whole team fought. We couldn’t get any hits, it seemed, for the last 10 innings.”

San Diego State pitchers retired 17 in a row at one point.