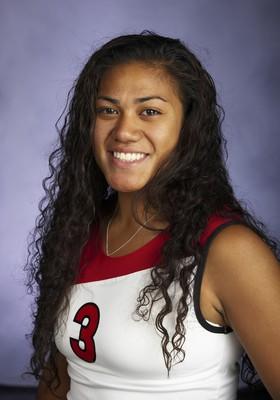 UNLV volleyball coach Allison Keeley subscribes to a one-game-at-a-time philosophy, but add all those games together and things have gone pretty well for her team over the last three years.

Since taking over in 2004, Keeley has turned a perennial last-place program into a legitimate Mountain West Conference contender.

That trend shows no signs of stopping this year. Keeley will send another strong squad onto the Cox Pavilion court for the Rebels’ 7 p.m. season opener against Arizona State on Friday.

"I like this team," said Keeley, whose squad went 20-10 last season, 10-6 in the Mountain West. "We are more physical and more confident, and we have more depth. And we’re a little hungrier because we have four seniors."

Indeed, the veterans are eager to prove themselves. Despite helping lift UNLV to its first 20-win season since 1998, the team was snubbed by the NCAA selection committee last November.

"Last year we didn’t end the season like we wanted to, and we knew we were going to need some luck (to reach the NCAA Tournament)," junior setter Melody Nua said. "This year we know we’re going to make it."

Though UNLV’s stature has grown considerably under Keeley, Nua said she believes the Rebels are not getting the recognition they deserve.

"We’re still on the rise," said Nua, who logged seven double-doubles (assists and digs) last season. "This year we’re very athletic and we have a chance to take the MWC. A lot of teams don’t know that."

Keeley is more reserved about the Rebels’ chances, but agrees that her team should contend for its first NCAA tourney bid.

"I think with one more big win last year, we would have been in the tournament," she said. "But this is a new year."

Keeley’s squad will get several chances to prove itself against reputable teams, starting with this weekend’s UNLV Tournament. After opening against Arizona State, the Rebels will face Texas Tech and Virginia. In Mountain West play, they’ll see perennial national powers Brigham Young, Utah and Colorado State.

The seniors will be the key. Keeley will have considerable experience on the court at all times, thanks to outside hitters Maria Aladjova and Brittani Lumsden, middle blocker Lauren Miramontes and libero Jada Walker.

Even so, Keeley is trying to work through some snags. Middle blocker Michelle Banks and libero Kritsin Koochi graduated in the spring, and Lumsden will start the season on the bench nursing an abdominal injury. Keeley said her team’s success might hinge upon its ability to compensate for the ailing veteran.

"She needs to come back healthy," Keeley said. "Or we need to find another person to step up."

Among the top candidates to fill in for Lumsden could be one or more of eight freshmen on the roster. Though Keeley acknowledged their inexperience, she said she thinks two or three have the skills and energy to fill the void.

The league’s coaches appeared uncertain about UNLV’s success in their annual preseason poll, selecting the Rebels fourth behind BYU, Colorado State and Utah.

Keeley said her squad will again have to prove itself in order to gain the league’s respect.

"Last year we were a little more experienced," she said. "But this year we have more options and a little more firepower. We’re playing at a much higher level."

The Rebels had no trouble beating former UNLV players in the annual alumni game Saturday. Keeley liked her team’s intensity, but said she’s eager to see her squad against legitimate competition.

"We’ll just take one game at a time," she said. "We’re going to focus on the first tournament, then we’ll go on to the second."