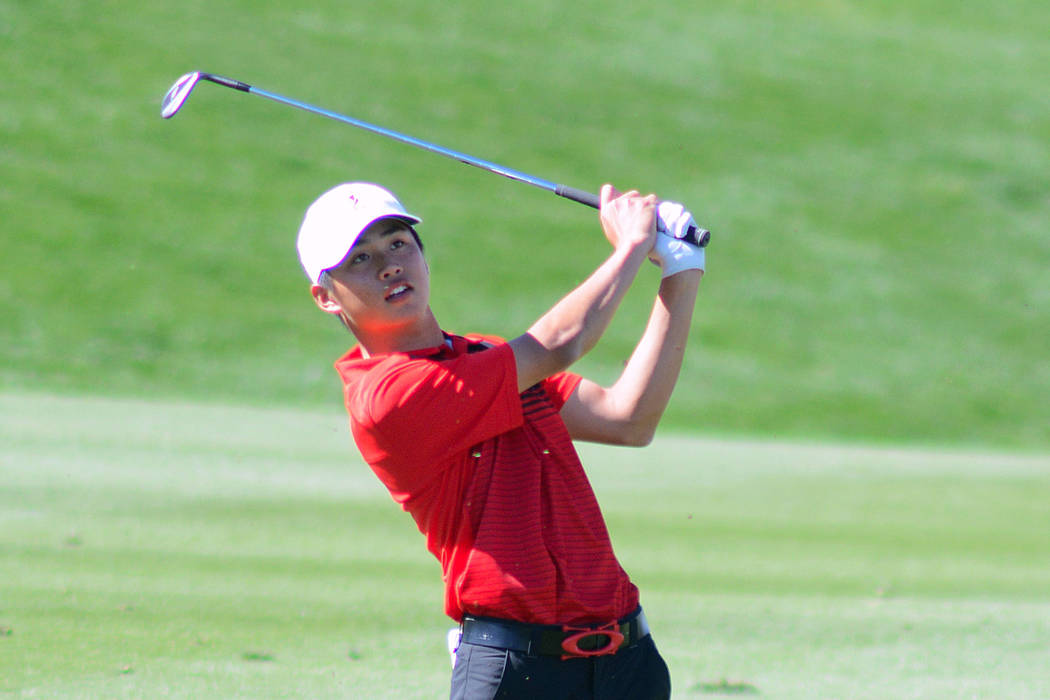 UNLV entered the third round of the NCAA championships hoping to make a run at the top 15, but the Rebels never got their game going and their stay in Stillwater, Oklahoma, became an abbreviated one.

UNLV shot 13 over par Sunday and finished at 27 over to tie Iowa State for 19th at Karsten Creek Golf Club.

“Pretty much every tournament we played in this year we had a chance to win or were right there at the top, and we won three times,” Rebels coach Dwaine Knight said. “So from that point we were disappointed we weren’t competing for the championship. We weren’t as consistent there as we needed to be for sure.

“Our program’s built on competing for national titles. When you don’t get to do it the last two days here, that stings.”

UNLV’s Shintaro Ban advanced to the individual round 0f the championships with a 1-over 73, which brought his tournament score to 1 over. Ban, who is tied for 30th, birdied the final two holes to make the cut.

“We were walking down the fairway, and I was just smiling at him,” Knight said. “He had two great shots on the last hole to get it up right around the green. I just said, ‘You’re awesome. Your ability to dig deep and make things happen has been about as good as anybody at the college age I’ve seen.’ He’s really got a good future ahead of him.”

The top nine individuals not part of advancing teams made the final day of medalist competition.

As for the team, Knight said the knee-deep rough was an especially big challenge for his players.

“The course played really hard today,” he said. “The rough just off the fairways is brutal. It’s about as hard as any course I think you would play anywhere. You’ve got to be able to drive it good, and you’ve got to have the ball in play off the tee. We really didn’t do that great a job of that. I think next year we’ll look for courses in our regular season that will kind of mimic this one as far as really being difficult.”