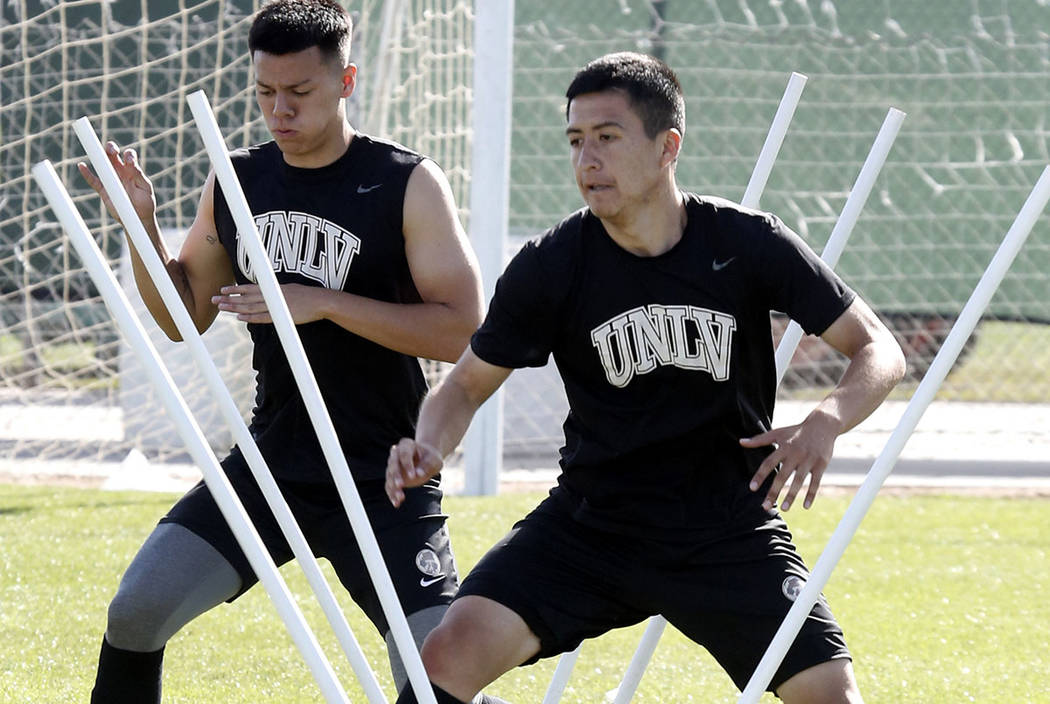 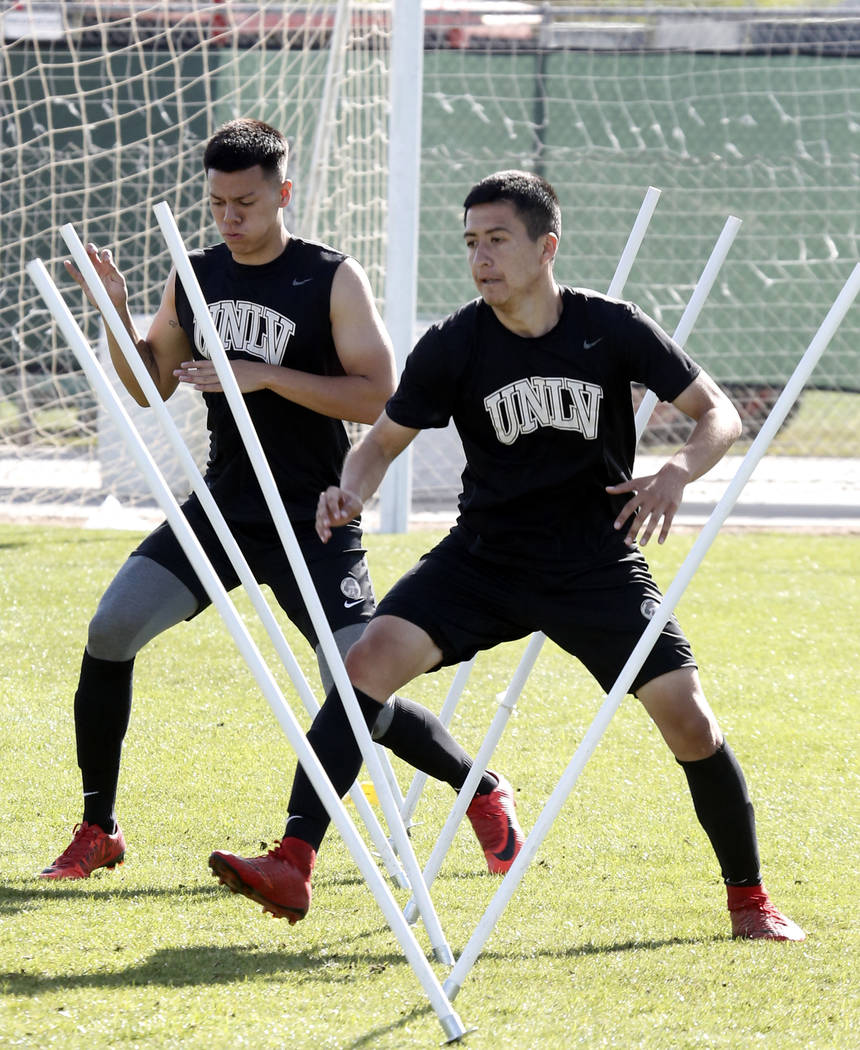 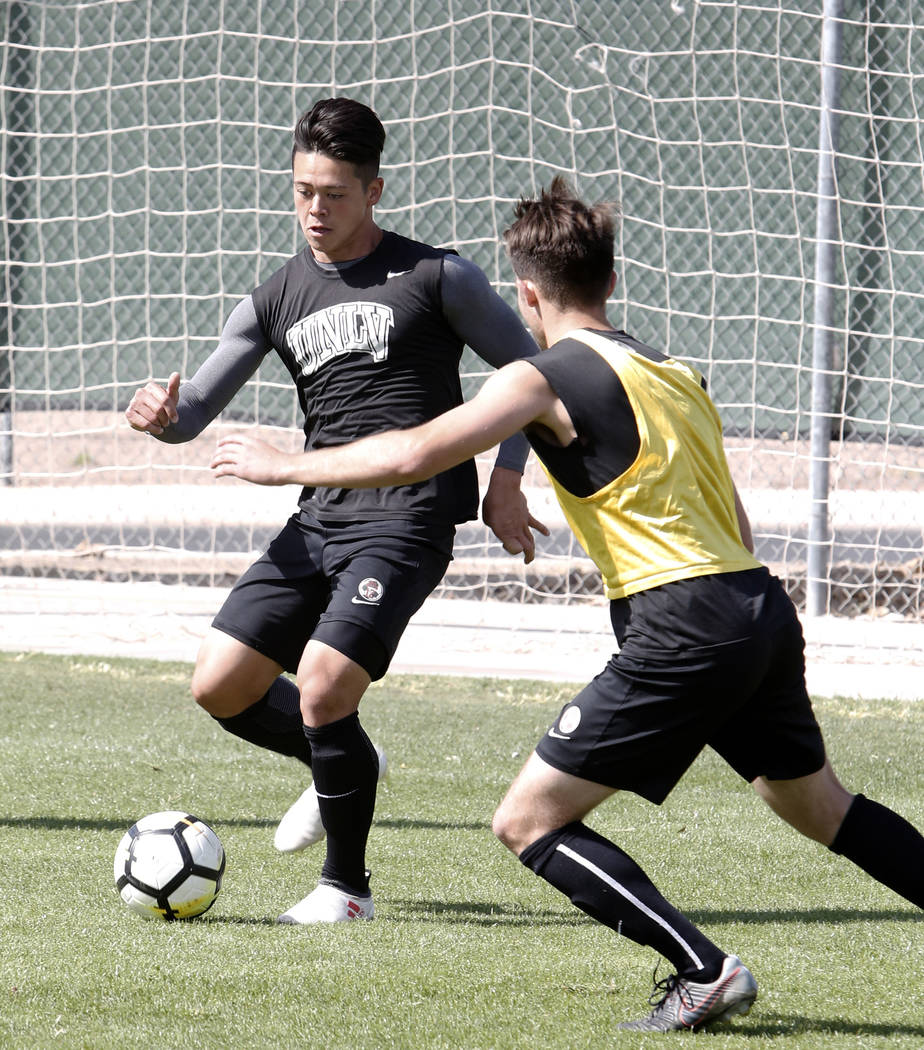 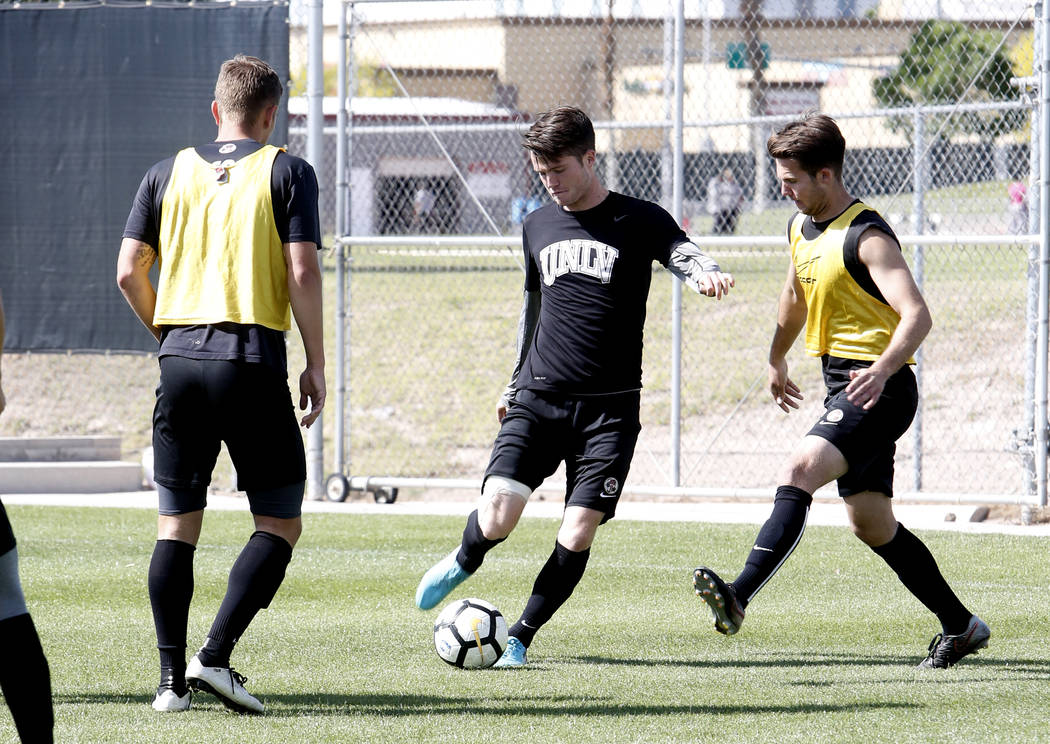 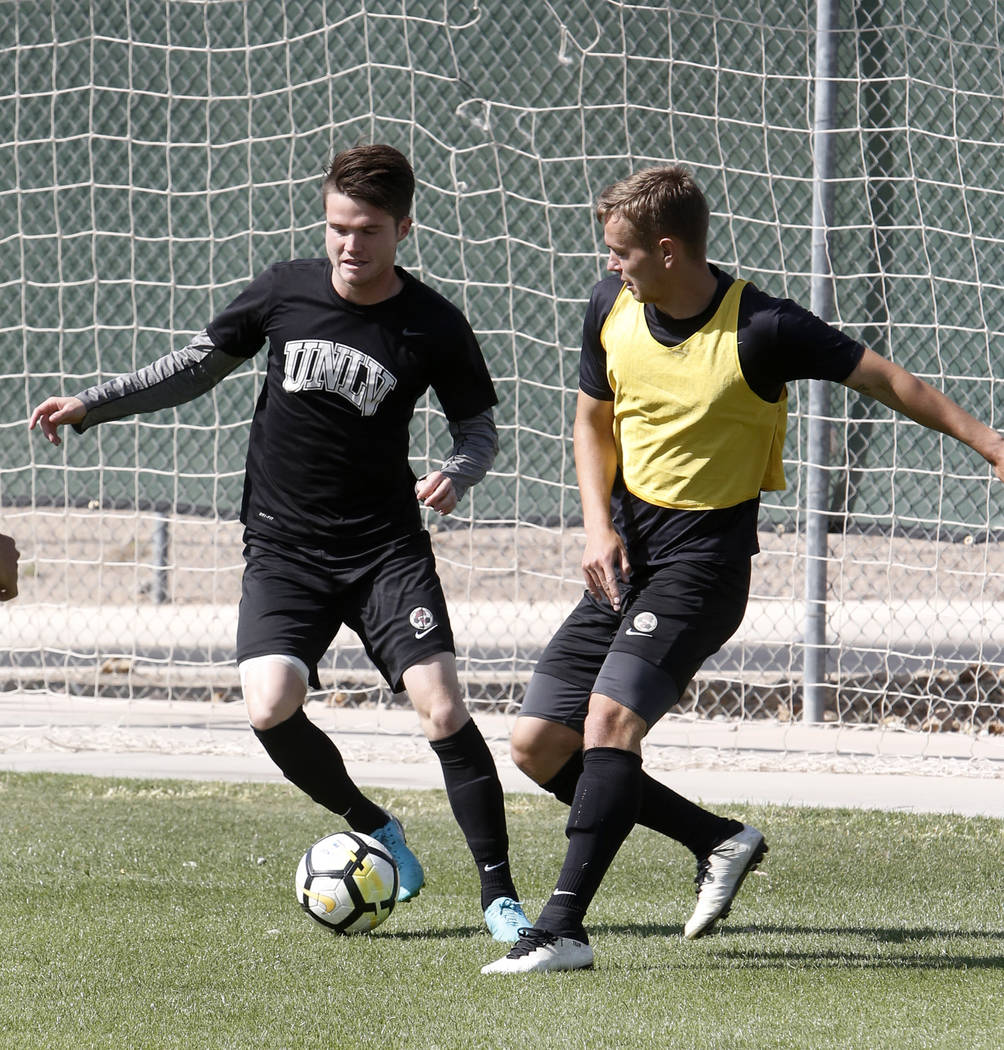 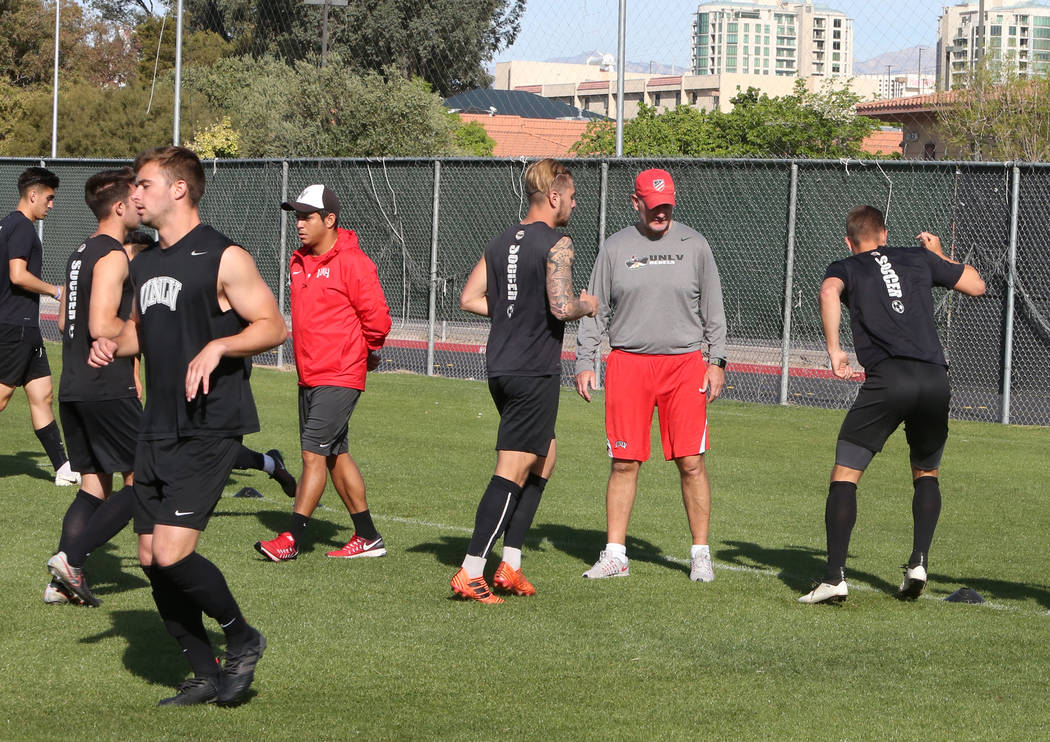 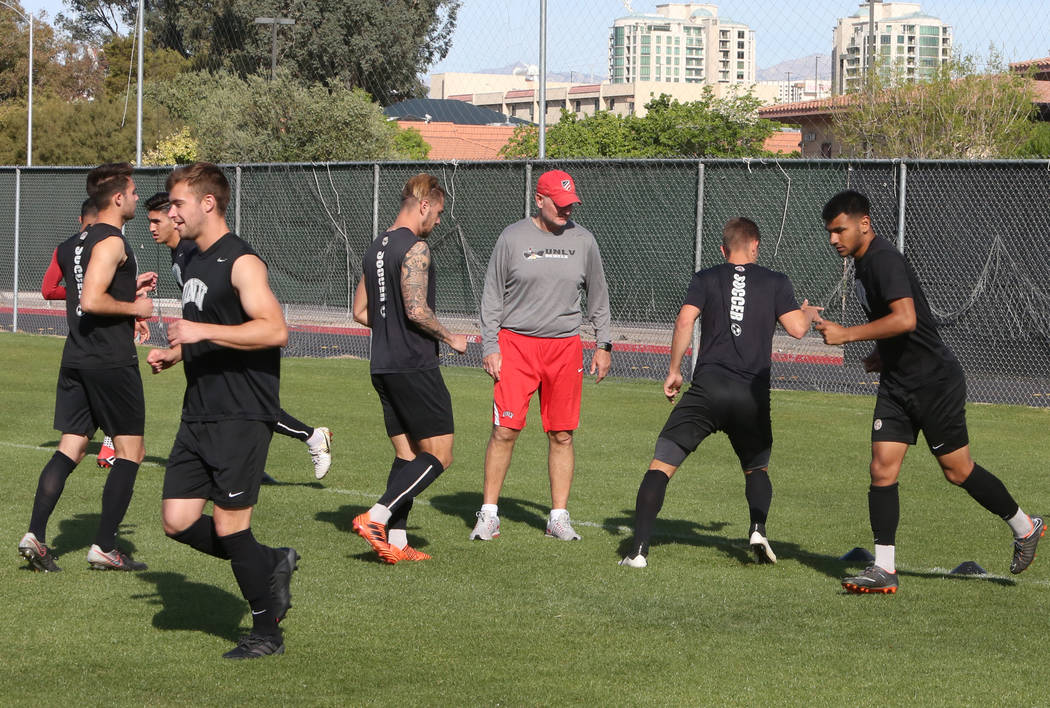 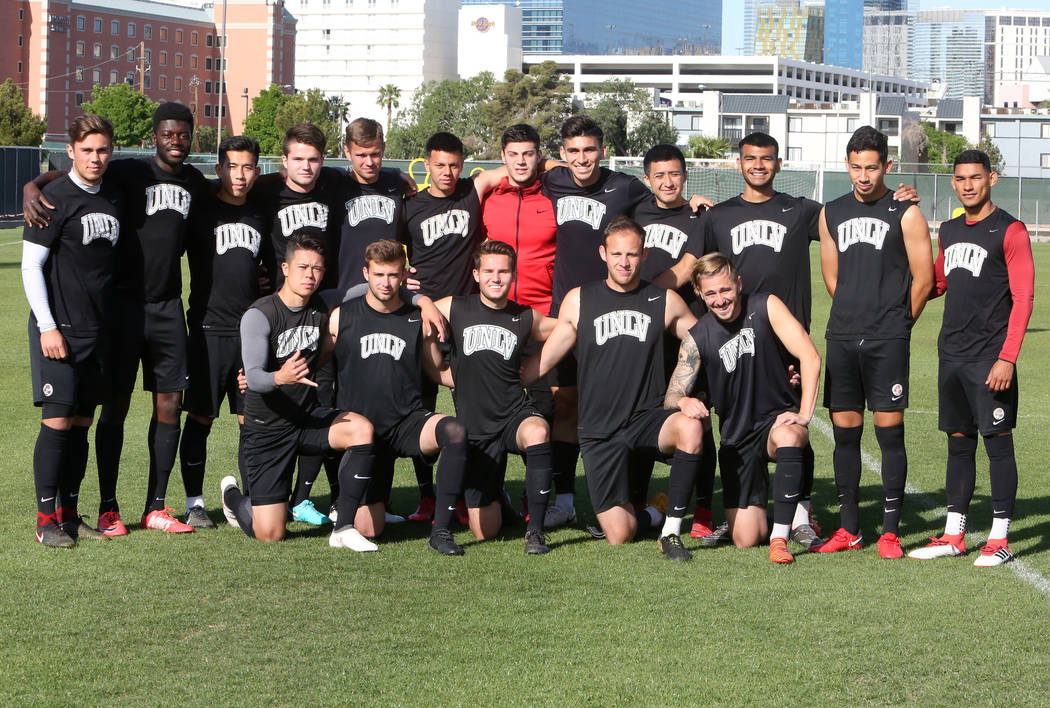 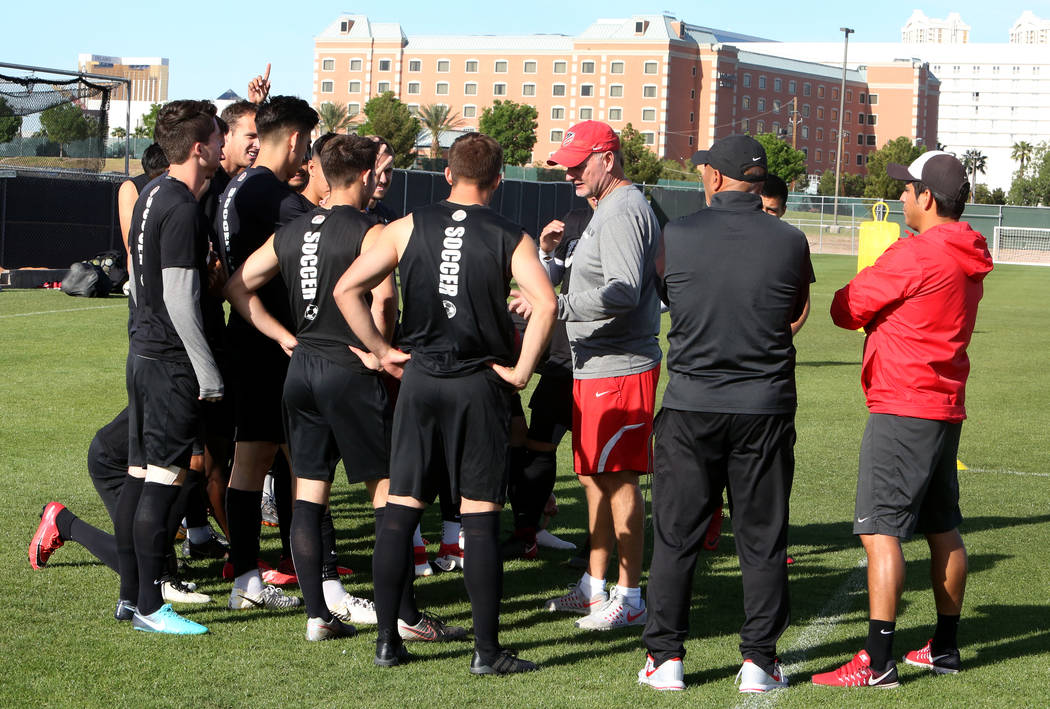 Jose Antonio Gonzalez dropped out of high school and went to work, and as he got older and raised his own family, he did what he could to support them.

He is a tile layer in Las Vegas, but his son has grand dreams of being a professional soccer player or eventually starting his own clothing line.

That vision is the hope that comes with a college degree. Marco Gonzalez is a UNLV soccer player and first-generation college student.

“My dad always said school comes before soccer because you never know if you break your leg and what are you going to do with the rest of your life?” Gonzalez said. “He always kept that in mind and always told me to stay strong in school.”

Gonzalez, a sophomore-to-be, is far from alone among first-generation college students on his team. Of the 28 players on last season’s men’s soccer roster, 17 were such students. Nine of the 11 starters also fell into that category.

The Rebels return 12 first-generation players from that team.

“It’s giving an opportunity, especially for our local players, that might not be there if we didn’t have the program,” UNLV coach Rich Ryerson said. “We can get their education taken care of while playing at a very high level. This is a steppingstone to the pros, so it’s a great way to get these guys really an advantage not only for themselves right now but for generations to come.”

The Rebels are going through their offseason conditioning program. They went 11-9-1 last season, including 7-3-1 in the Western Athletic Conference.

Growing up was not easy as his family struggled to make ends meet.

Getting a college diploma would be important for him and his family, and in case a pro soccer career doesn’t work out, Gonzalez wants to use his business management degree to make his mark in the clothing profession.

“(My dad) would be extremely proud because it’s been a long road for him,” Gonzalez said. “I always wanted to go pro, so I hope I can go pro and get a degree as well.”

Gonzalez’s teammate, Jesus Partida, also is a first-generation college student, but not the first in his family to attend a university. His older brother, Kevin, was a senior on last season’s UNLV team and graduated in December with a degree in kinesiology. He now plays for Reno 1868 FC of the United Soccer League.

Jesus Partida, who will be a sophomore, plans to major in psychology. Like Gonzalez and his brother, his hopes are to eventually play professionally, but as a backup plan he would like to perhaps become a guidance counselor.

A UNLV degree would give him his own story to share with high school students trying to find their way.

“It’s a huge deal because the costs are being taken care of because of scholarships,” Partida said. “So we get the opportunity to not only play the sport we love, but also we get a good education while not putting that burden of getting a lot of debt from college.”