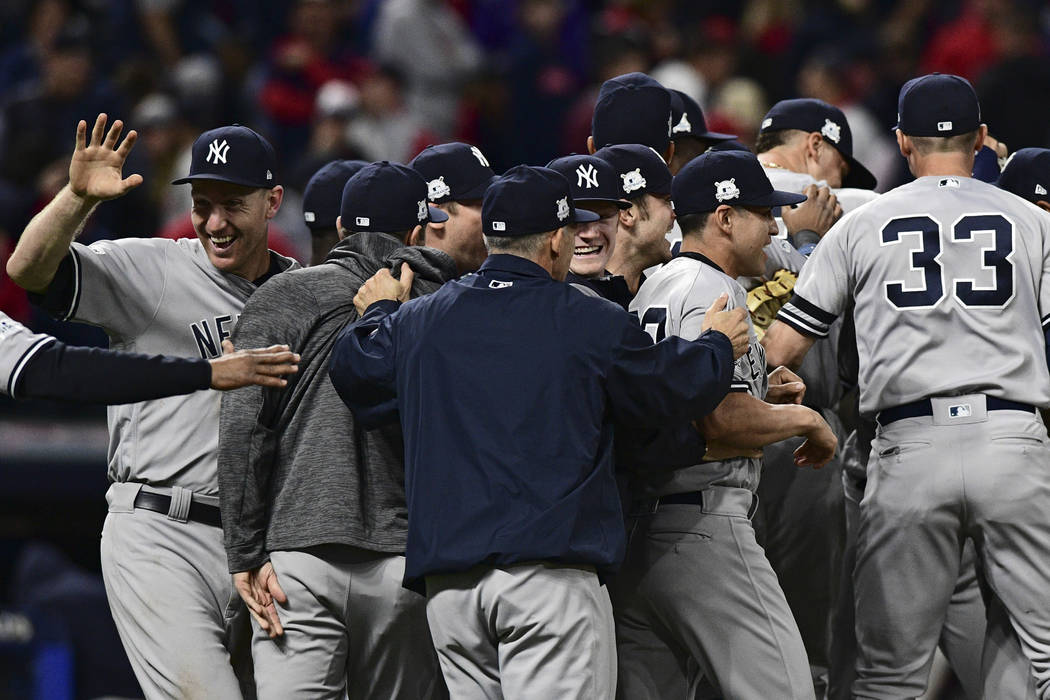 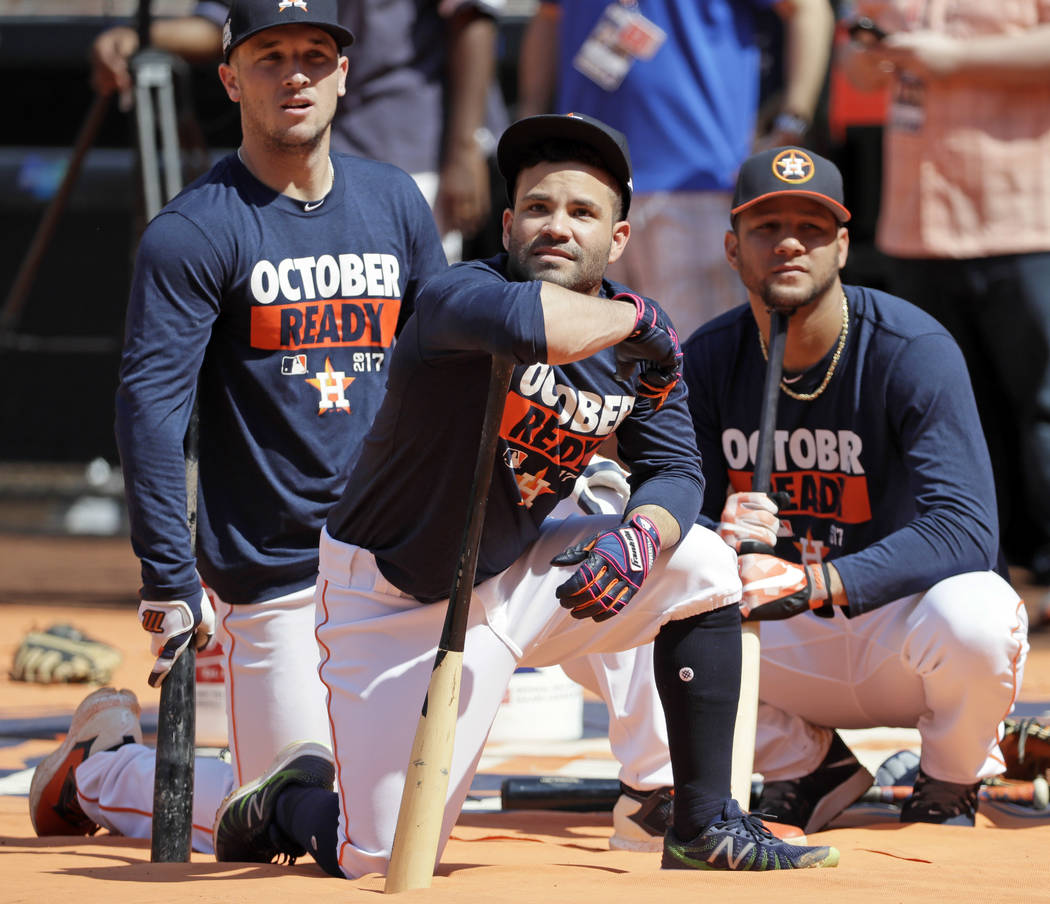 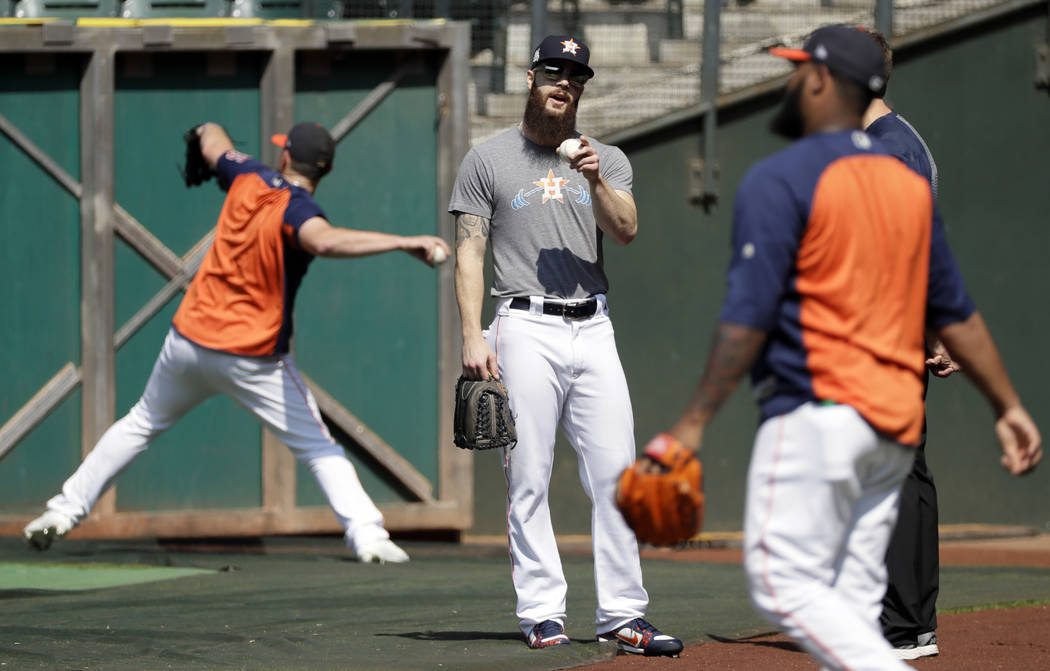 Houston Astros starting pitcher Dallas Keuchel warms up during practice Wednesday, Oct. 11, 2017, in Houston. The Astros beat the Red Sox to advance to the ALCS which is set to begin Friday. (AP Photo/David J. Phillip) 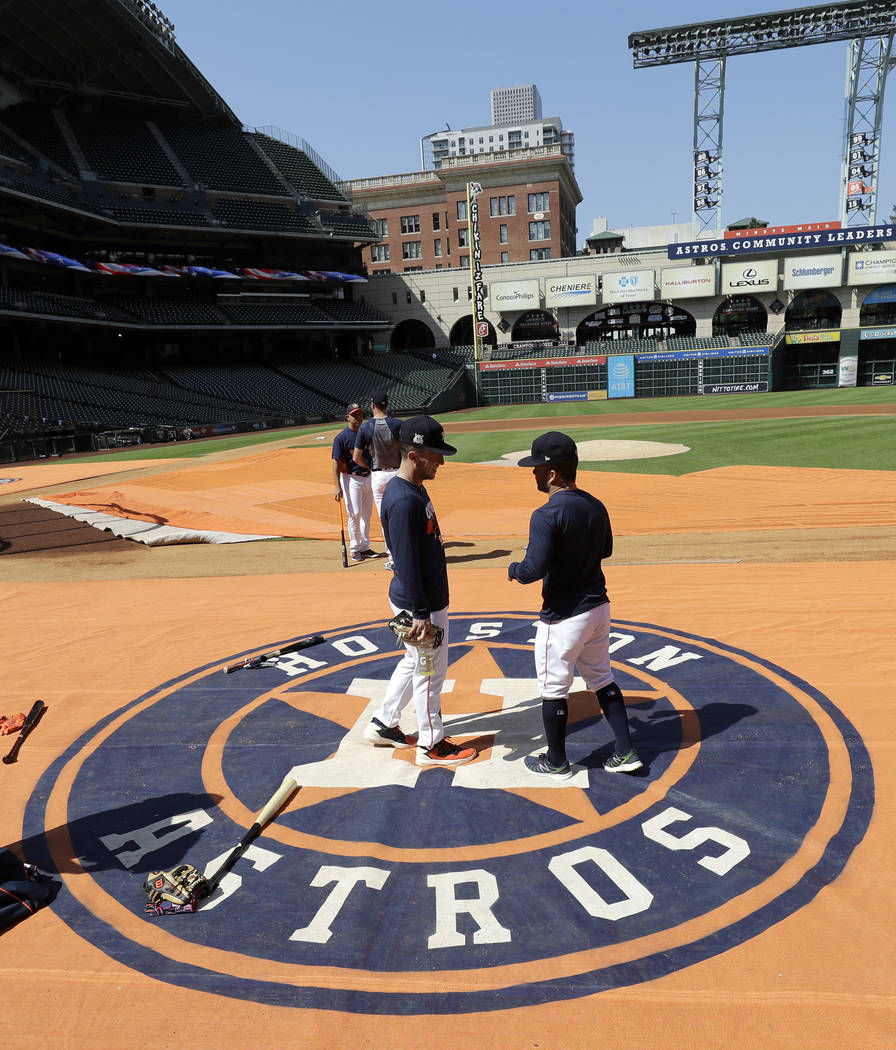 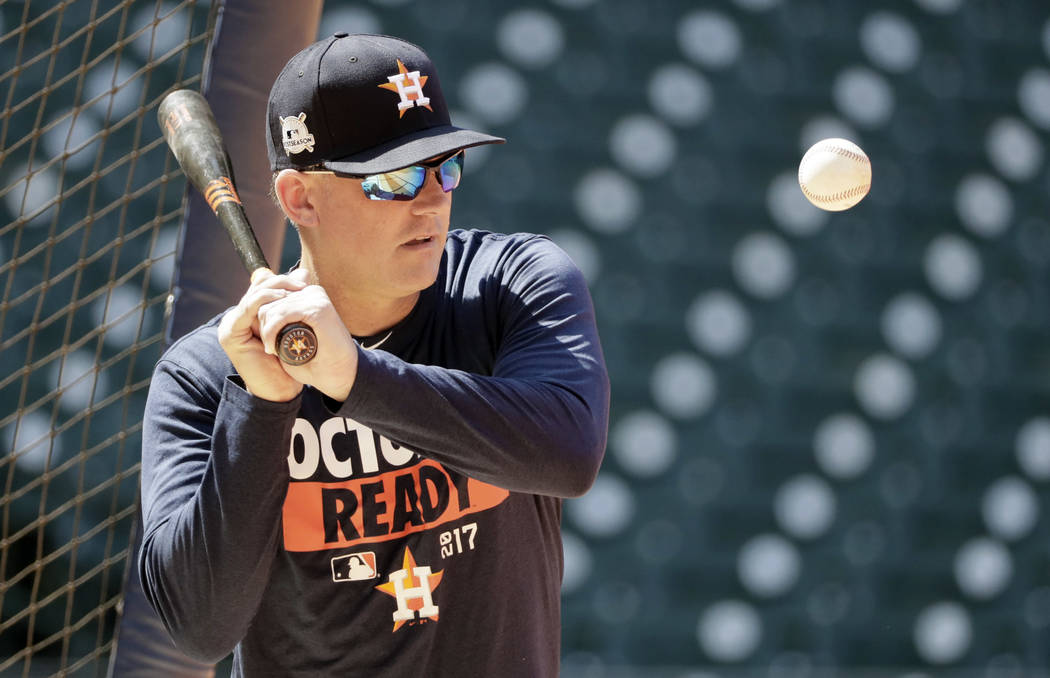 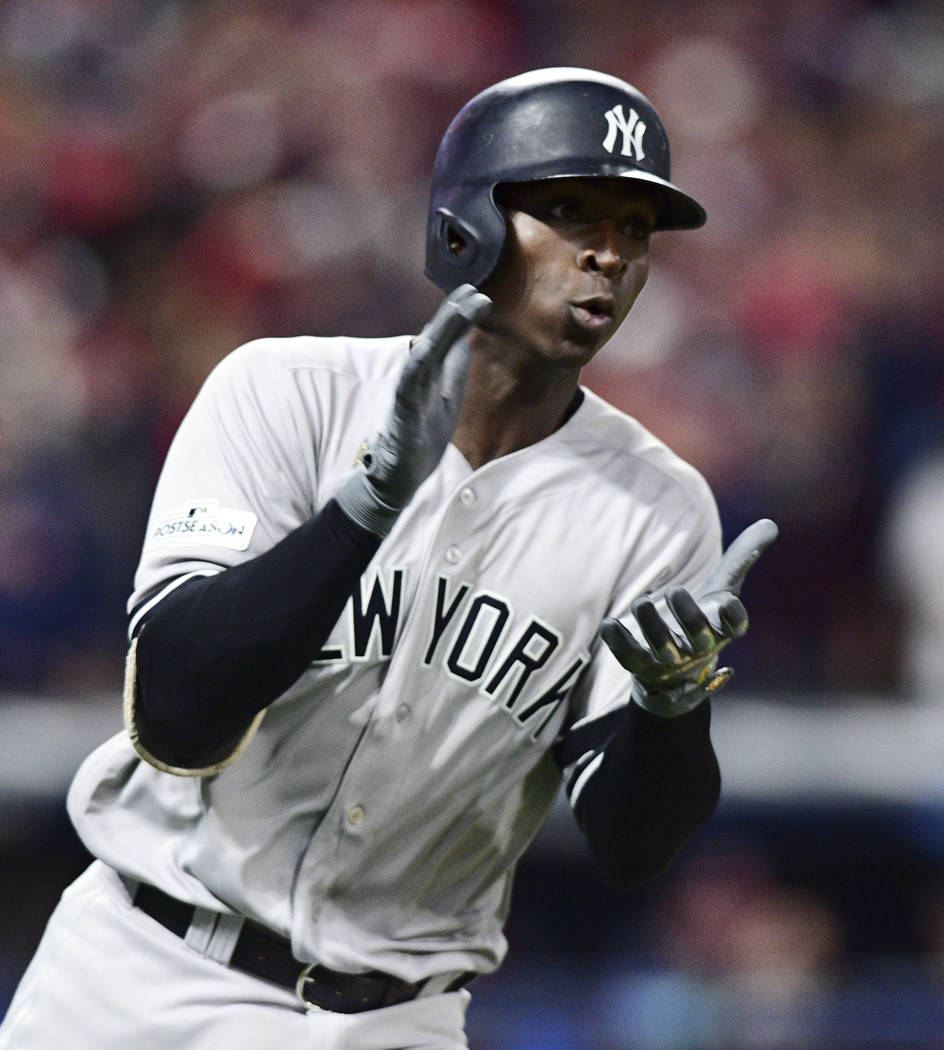 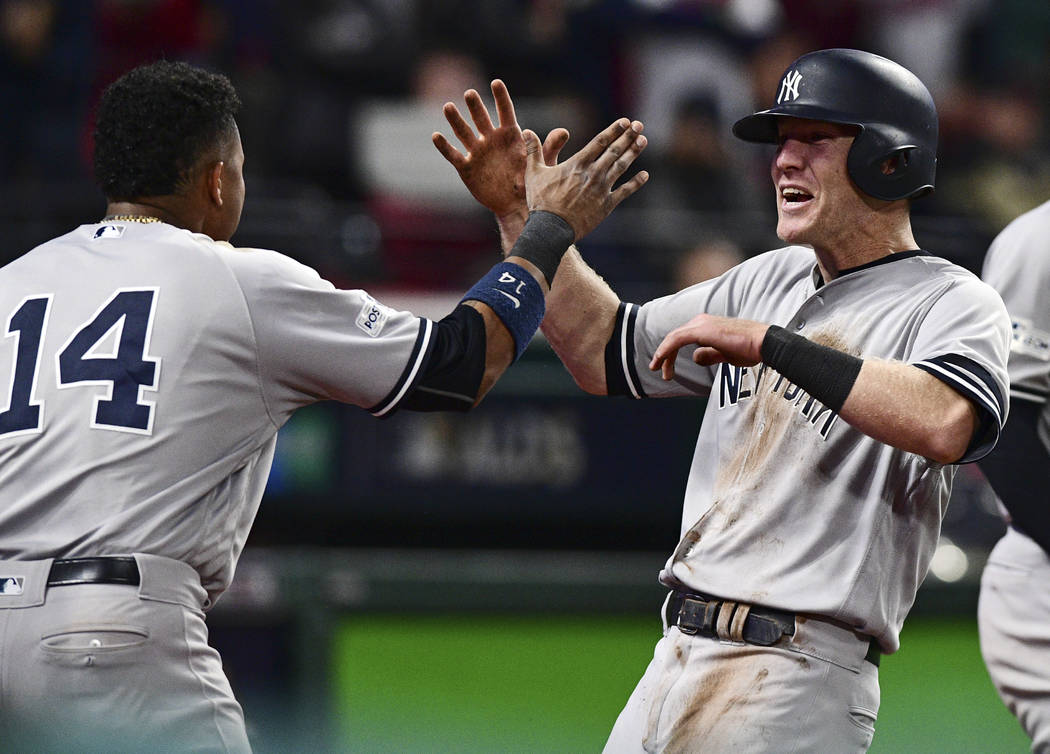 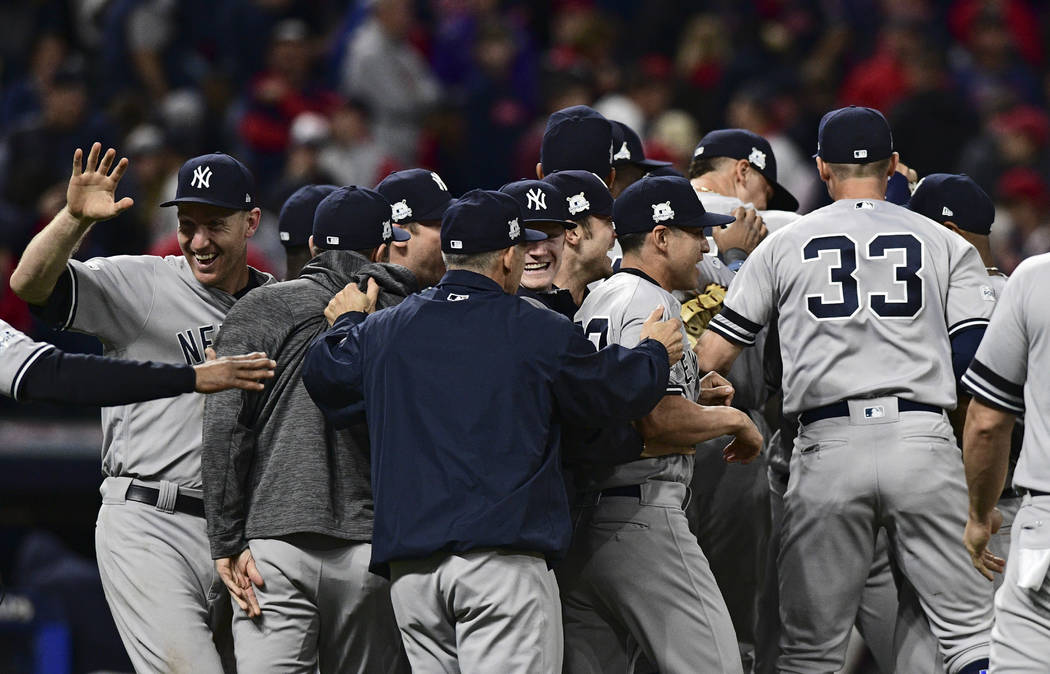 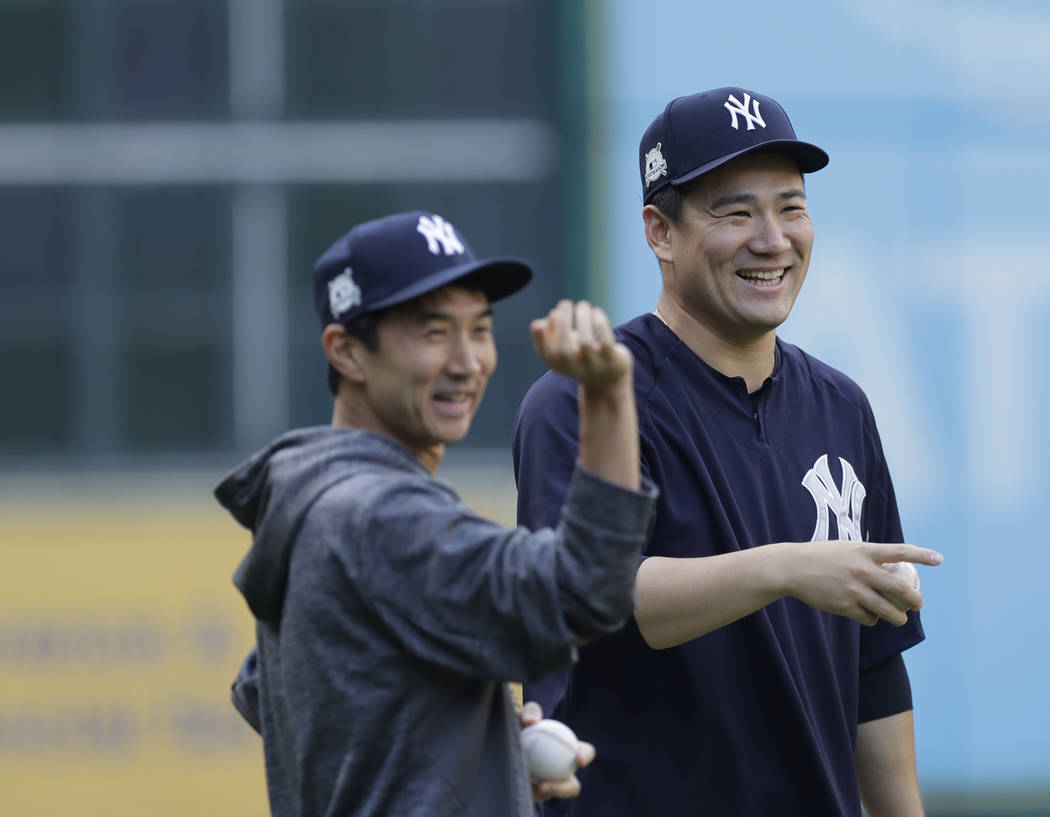 The New York Yankees are ready to party like it’s 1996, when their homegrown core of young talent won the first of four World Series titles in five years.

The 2017 Baby Bombers were 20-1 to win the pennant on Saturday, when they trailed the Cleveland Indians 2-0 in the American League Division Series. But the resilient Yanks swept the final three games to advance to the AL Championship Series against the high-powered Houston Astros.

The Astros, who dispatched the Boston Red Sox in four games, are a minus-175 series favorite over the Yankees (plus-155) and a minus-160 favorite in Friday’s Game 1, which pits Dallas Keuchel against Masahiro Tanaka (plus-150).

Roberts is backing New York in the series and series opener.

“The Astros deserve to be favored, but momentum is huge after that emotional series win over Cleveland,” he said.

While Roberts has plenty of respect for Astros ace Justin Verlander, he’s not worried about Keuchel and Houston starters Charlie Morton and Brad Peacock.

“They’re good, but not dominant like CC Sabathia has been and (Luis) Severino and Tanaka can be,” he said. “I also like the Yankees bullpen better, and that’s what it will ultimately come down to.

“To be able to bring in (David) Robertson, (Aroldis) Chapman and (Dellin) Betances, that’s a huge advantage.”

Roberts noted that Verlander is on an incredible run in which his team has won the past eight games he’s pitched and he’s allowed two earned runs or fewer in 10 straight outings.

“He only needs two runs on the board,” Roberts said. “I don’t know what happened. He was an old pitcher winding down his career, and out of nowhere, he’s back to his 2011 (Cy Young) form.”

Roberts said he’s sticking with his preseason prediction of the Dodgers winning their first World Series title since 1988.

“They got their groove back. They are back to being the team we thought they were. They’re that team from July and August again,” he said. “They just look like champs.

“But I said that last year, too, and they lost to the Cubs.”

There aren’t any Top 25 college football matchups on the board this week, but every game is compelling if you have action.

He said sharps also are on North Carolina (+4) over Virginia, Iowa State (-22½) over Kansas, Texas Christian (-6) over Kansas State and West Virginia (-3½) over Texas Tech.

“I’m really perplexed by this line. I would’ve had this line 7,” he said. “The line seems too cheap. There’s not too many freebies in the world.”

Hopefully this is one of them. We’re taking the Mountaineers again after they covered for us in Saturday’s 31-24 loss at No. 6 TCU.

No. 12 Oklahoma, coming off a stunning 38-31 home loss to Iowa State, is a consensus 8½-point favorite over Texas. Salmons likes the Sooners to bounce back and cover the spread, as the Westgate had Oklahoma favored by double digits since the summer in their games of the year.

“This line seems awfully short. It feels like it should be 10½ or 11½,” Salmons said. “I look for Oklahoma to come out with fire this week. It’s a classic overadjustment because they played a bad game.”

Las Vegas sports books were buried by the Golden Knights in Tuesday’s home opener, a 5-2 victory over the Arizona Coyotes.

Bettors were all over the Knights, who closed as minus-125 favorites and cost William Hill sports books almost six figures.

“Everybody bet the Knights like they knew what was going to happen,” William Hill sports book director Nick Bogdanovich said. “I was shocked that game drew that much action. At one point we had 280 tickets (on the Knights) to 25 (on Arizona). We never even write 280 tickets on the whole day of hockey, let alone on one team.”