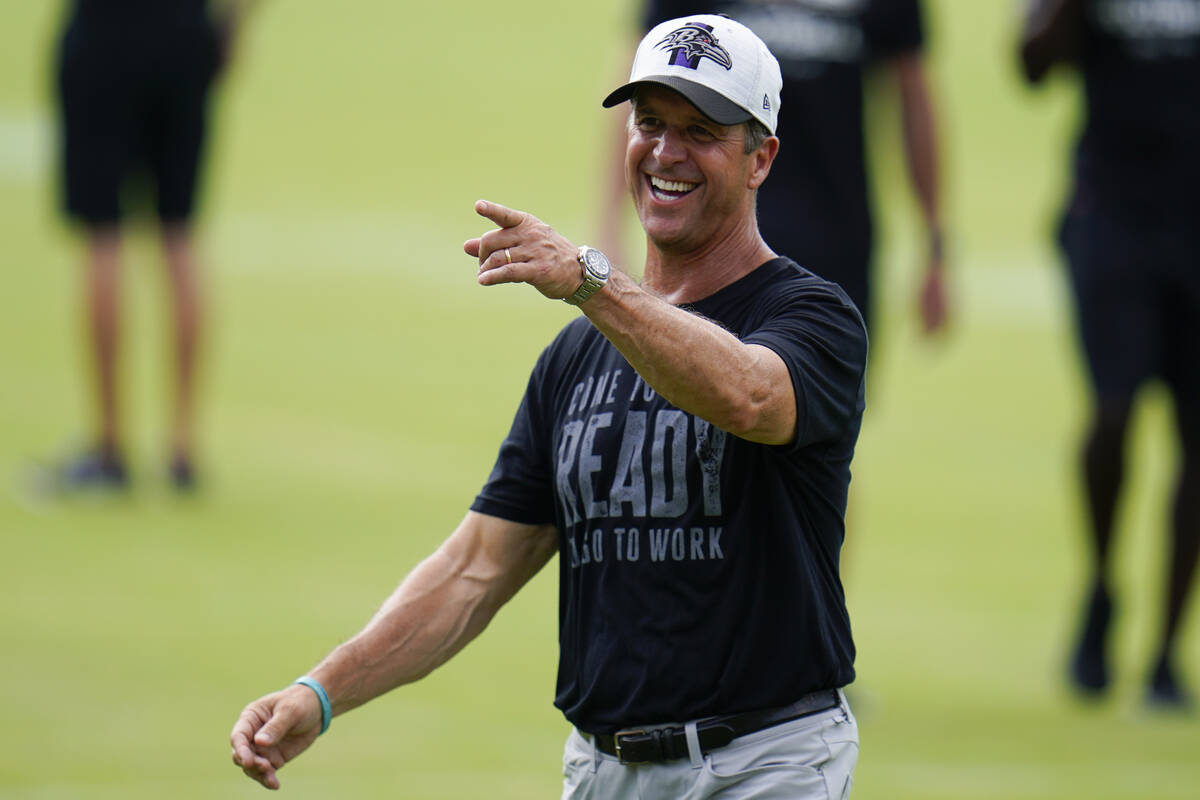 The days of being called crazy or a degenerate for betting on NFL preseason games should be long gone. But they’re not.

“I still get faces in the back room when I’ll say ‘The NFL is starting next week.’ They’ll say, ‘Not until September,’” longtime Westgate SuperBook oddsmaker Ed Salmons said. “People look at you like ‘How do you bet that stuff?’ But I’ve loved the preseason for as long as I can remember.

“For the most part, it’s been a steady moneymaker through the years.”

The Raiders are 1½-point favorites over the Jacksonville Jaguars in the NFL preseason opener Thursday in the annual Hall of Fame Game at Canton, Ohio.

There’s a reason most sportsbooks have limits of only $2,000 or $3,000 on the NFL preseason as opposed to $20,000 in the regular season. And it’s not because bettors are losing a lot of money.

The preseason is largely the domain of professional bettors, who typically find more edges than they do in the regular season.

“In preseason, you’re probably looking at 80 to 90 percent sharp money,” Salmons said. “They bet on any line difference and preseason lines can move seven points. That’s why the limits are what they are.

“The public really shies away from the preseason.”

Coaches and quarterbacks are the biggest keys to cashing tickets in the preseason. In general, it’s wise to back teams with quarterback competitions and coaches who want to win, including ones in their first year with a team.

Ravens coach John Harbaugh has clearly has made winning a priority in the preseason. Baltimore has gone undefeated in the past five preseasons and is riding an NFL preseason-record 20-game win streak and 18-1-1 ATS run.

When the Ravens opened as 3-point home favorites over the Titans in their Aug. 11 preseason opener, Salmons bet on them. The line is now -4 at Caesars Sportsbook and -4½ at the Westgate.

“That’s an automatic bet,” he said. “You bet the Ravens until they say they don’t care anymore. They’ve just been a machine built to win preseason games with their quarterback rotation.”

“You have to understand the quarterback rotations,” Salmons said. “Some teams are good in the preseason because their third-string quarterback can play and the other team’s third stringer can’t.”

Pro sports bettor Jeff Whitelaw and Salmons both said Carolina could be a team to back behind former starters Baker Mayfield and Sam Darnold.

“With the two guys competing for the starting job, they figure to get a little more playing time than normal,” Whitelaw said. “You’re basically getting two starting quarterbacks and they’re both motivated.

“And when both quarterbacks are in, they’re not going to leave them unprotected so the (starting) offensive line is going to be in there a little bit more.”

Salmons can see a similar scenario play out on the Seahawks, where Geno Smith and Drew Lock are competing for the starting job.

“If you want to give them each a fair chance, it means you have to use the first-string offensive line,” he said. “It’s just a matter of finding out if they’re actually going to do that or not.

“Look for any bit of information you can get. Look for a coach to say anything about winning games. Or if there’s any new coach who wants to go out and prove something. Coaches are huge.”

On the flip side, look to bet against coaches who clearly don’t care about winning in the preseason. Rams coach Sean McVay leads that list after he sat his starters for the fourth straight preseason last year while going 0-3.

“They simply don’t care,” Salmons said. “And they won the Super Bowl, so I don’t expect them to change their approach.”