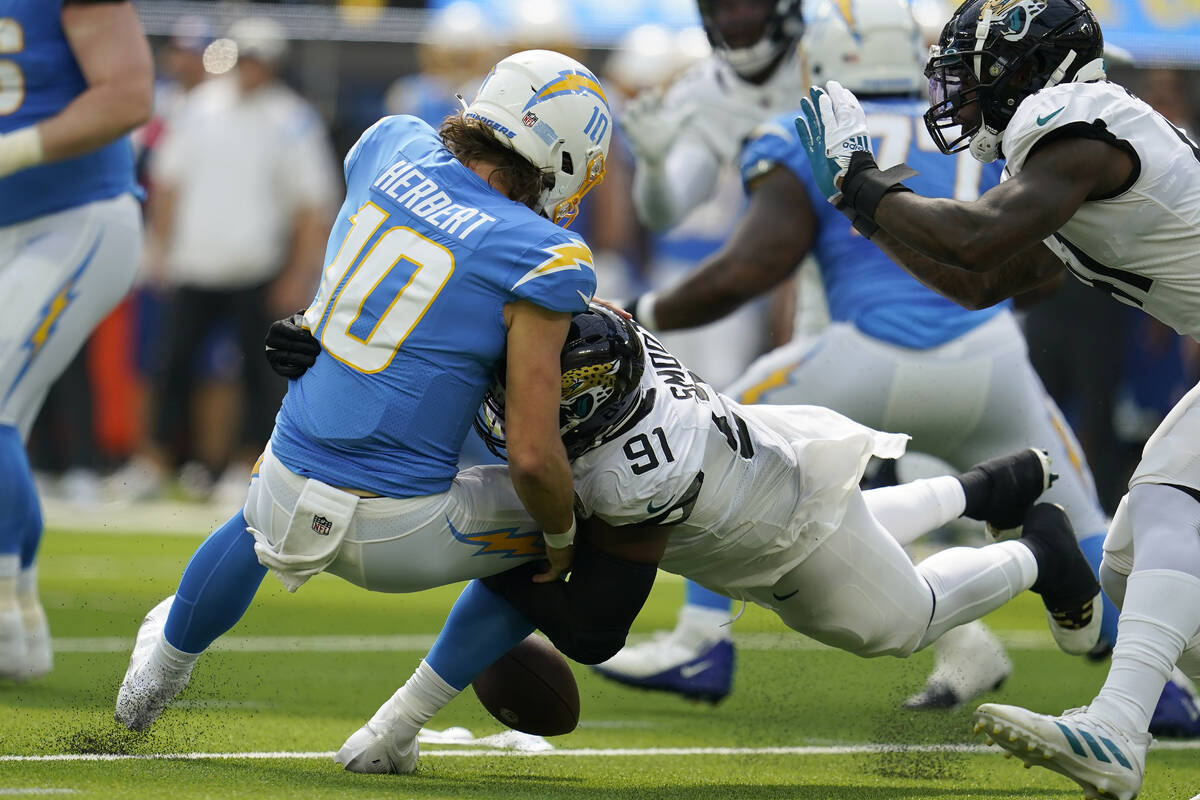 They all appeared poised to close the gap on the six-time defending division champion Kansas City Chiefs.

After three weeks, that take has aged like milk. The Raiders are the only 0-3 team in the NFL, and the division is a combined 5-7 straight-up and 3-6 against the spread. The projected high-octane offenses haven’t materialized, either, as the teams have gone under in eight of their 12 games.

Kansas City and offensively challenged Denver are 2-1, and injury-riddled Los Angeles is 1-2, with its lone win over the Raiders.

After talk of all four teams possibly making the playoffs, the Chiefs are the only one favored at Caesars Sportsbook to reach the postseason (-450). The Chargers are listed at pick’em (-110), Denver is even-money, and the Raiders are +370 long shots to return to the playoffs.

The prevailing opinion now is that the AFC West is overrated. But professional sports bettor Jeff Whitelaw begs to differ.

“It still is the best division in football,” he said. “Even though right now it doesn’t look that way, from top to bottom power rating-wise, they’re the strongest.

“When you add up the wins at the end of the year, I still think the AFC West will have the most. The Chiefs and Broncos will probably be close to double digits. Depending on how quickly the Chargers get healthy, they’ll be right there. And the Raiders will be close to .500.”

The Chargers have been decimated by injuries, losing left tackle Rashawn Slater and defensive end Joey Bosa, among others, while star quarterback Justin Herbert played with fractured rib cartilage in last week’s 38-10 home loss to the Jaguars.

“This team seems to be snake-bitten every year,” Red Rock Resort sportsbook director Chuck Esposito said. “The Chargers were kind of the vogue team to win the division, AFC and ultimately the Super Bowl. At 1-2, they’re definitely in the mix for biggest early-season disappointment.”

Wilson, 33, has looked like a shell of his former self, throwing for two touchdowns in three games.

“Maybe he just needs a few more weeks to jell,” Whitelaw said. “Or maybe he’s just past his prime a little bit.”

Denver’s offense has been anemic, ranking next-to-last in the league in scoring with 14.3 points per game.

“You watch Denver and it’s like a horror show,” Westgate SuperBook oddsmaker Ed Salmons said. “Their offense looks worse than it did last year when they had Drew Lock and Teddy Bridgewater playing.

”They look completely lost on offense, and they’re still 2-1.”

The Chiefs traded star wide receiver Tyreek Hill to the Dolphins in the offseason. But despite Sunday’s 20-17 loss at Indianapolis, the Chiefs still look like Super Bowl contenders with former NFL MVP Patrick Mahomes running the show.

“Kansas City is still a very, very good team,” Whitelaw said. “They lost to the Colts, but they outplayed the Colts.”

And then there’s the Raiders, who blew a 20-point halftime lead to the Cardinals in Week 2 and had the ball in the final minutes with chances to win at the Chargers in Week 1 and to tie at Tennessee last week.

The Raiders are 0-3 in games decided by six points or fewer after going 7-1 in those games last season.

“The script that played out for them last year as cardiac kids hasn’t been the same this year,” Esposito said.

After three weeks in the $1,000-entry Circa Survivor contest, 75 percent of the starting field of 6,133 entrants has been eliminated. Only 1,550 entrants remain alive in the quest for the $6 million grand prize.

In Station Casinos’ NFL Last Man Standing contest, only 608 entrants remain from a field of 6,284.

In Station’s college football LMS, only 387 entrants remain from a field of 2,908.