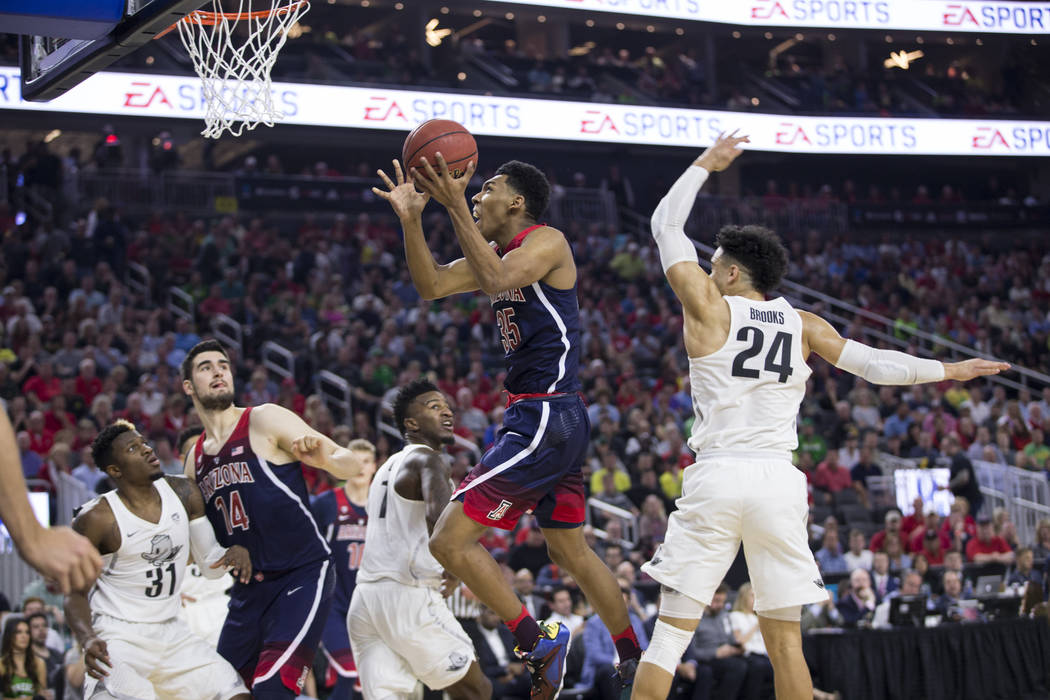 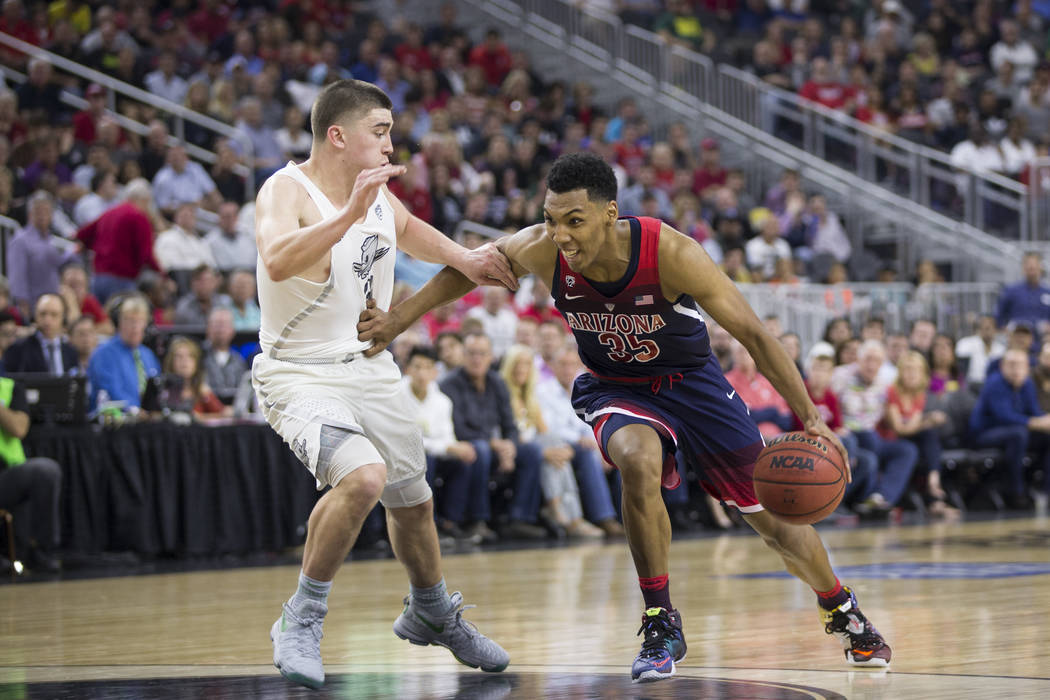 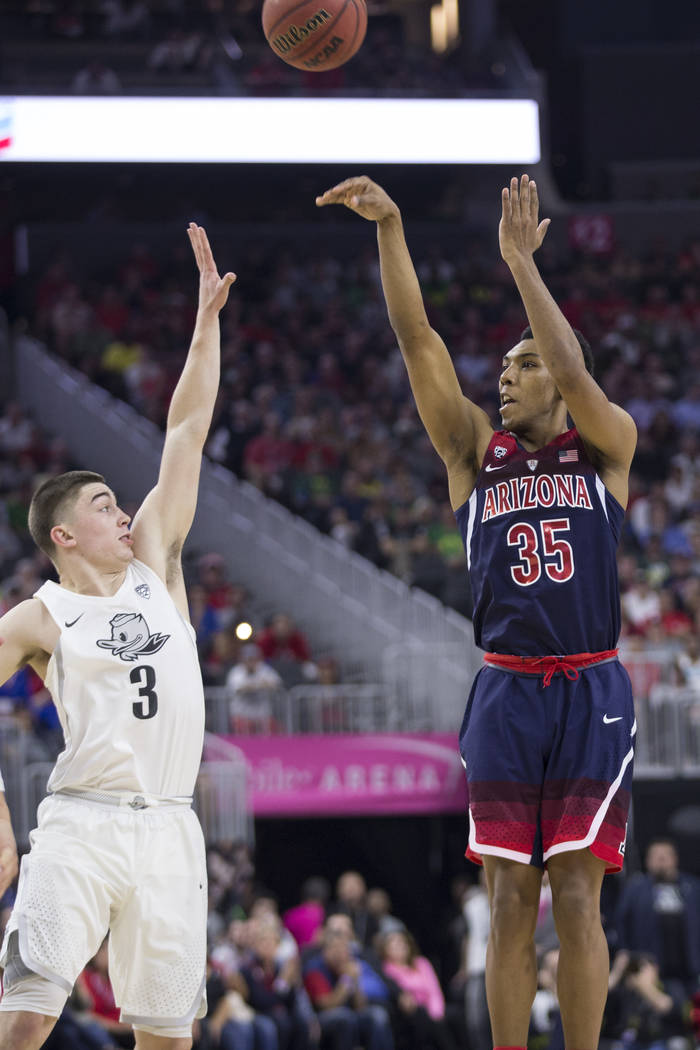 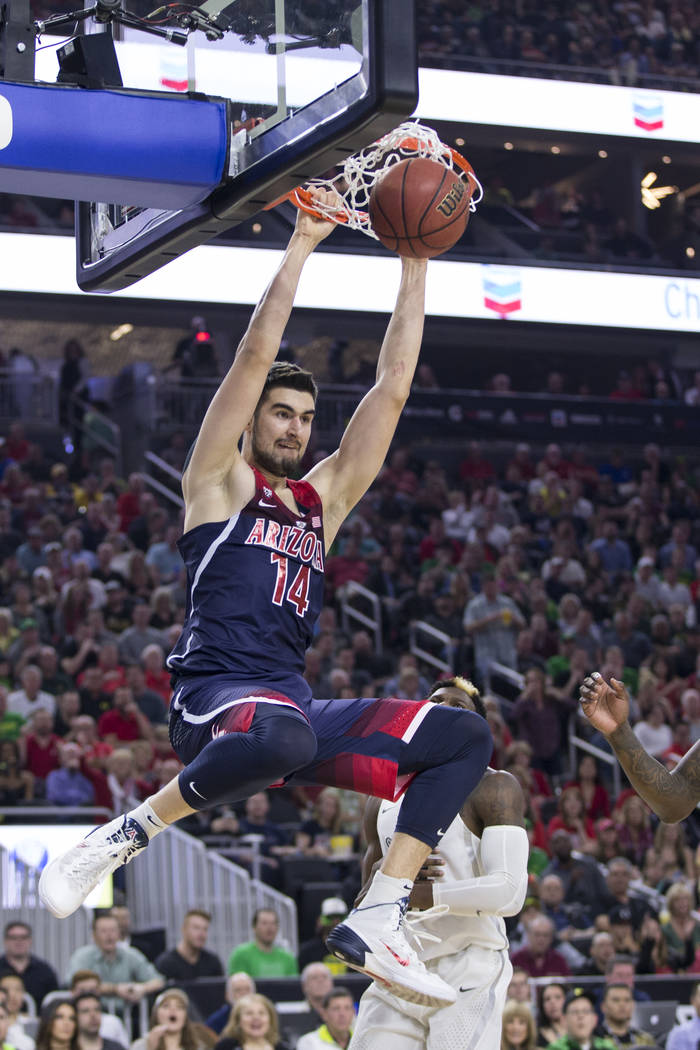 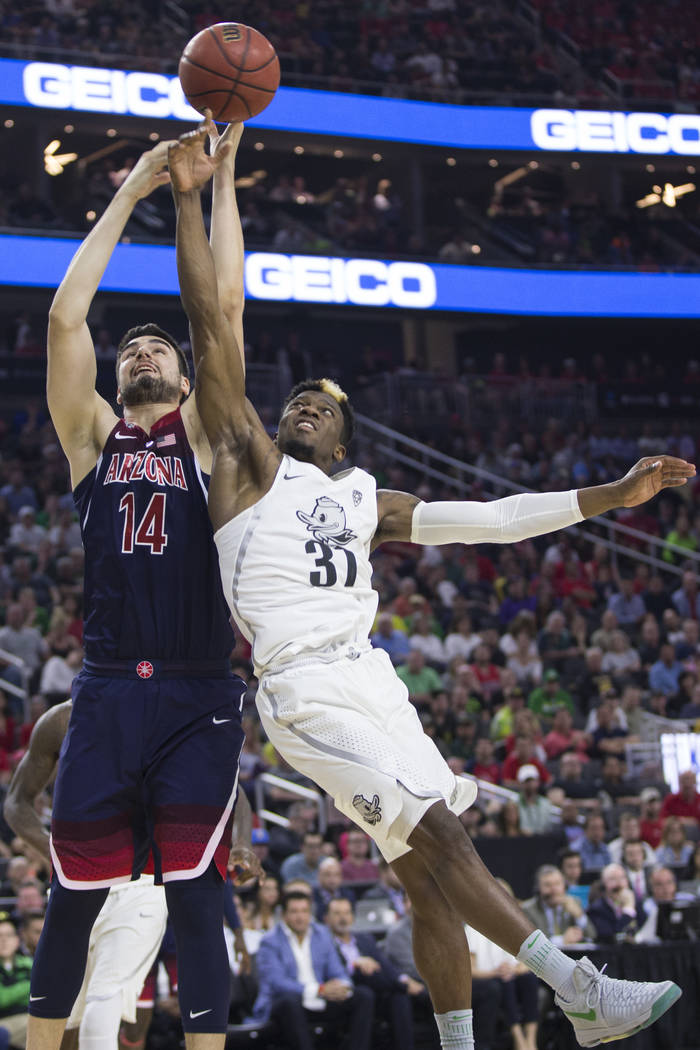 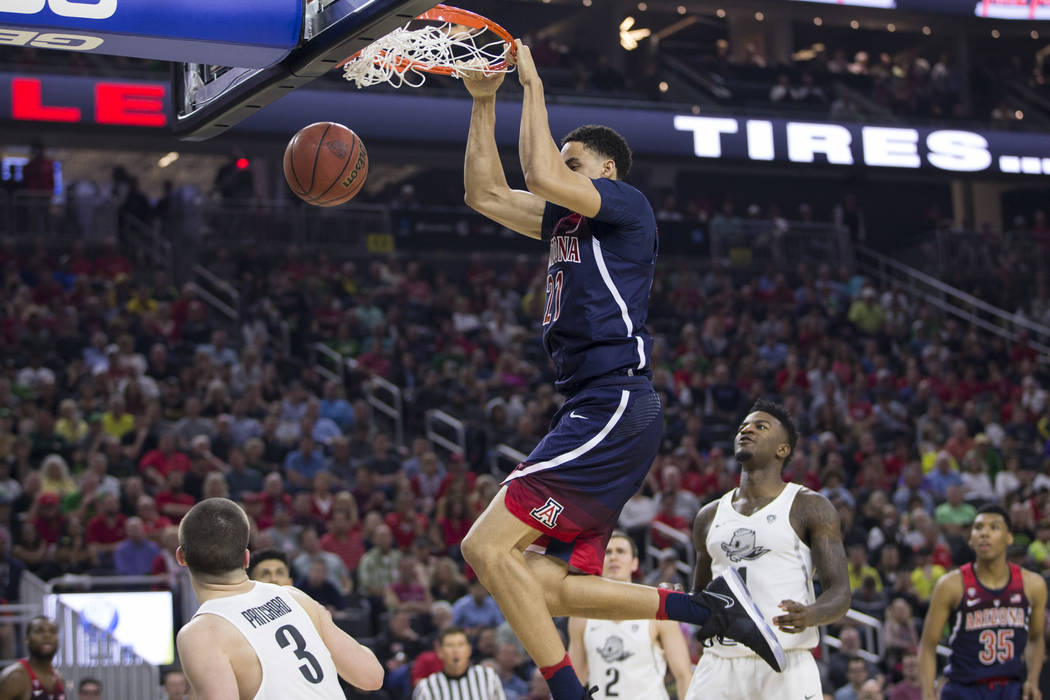 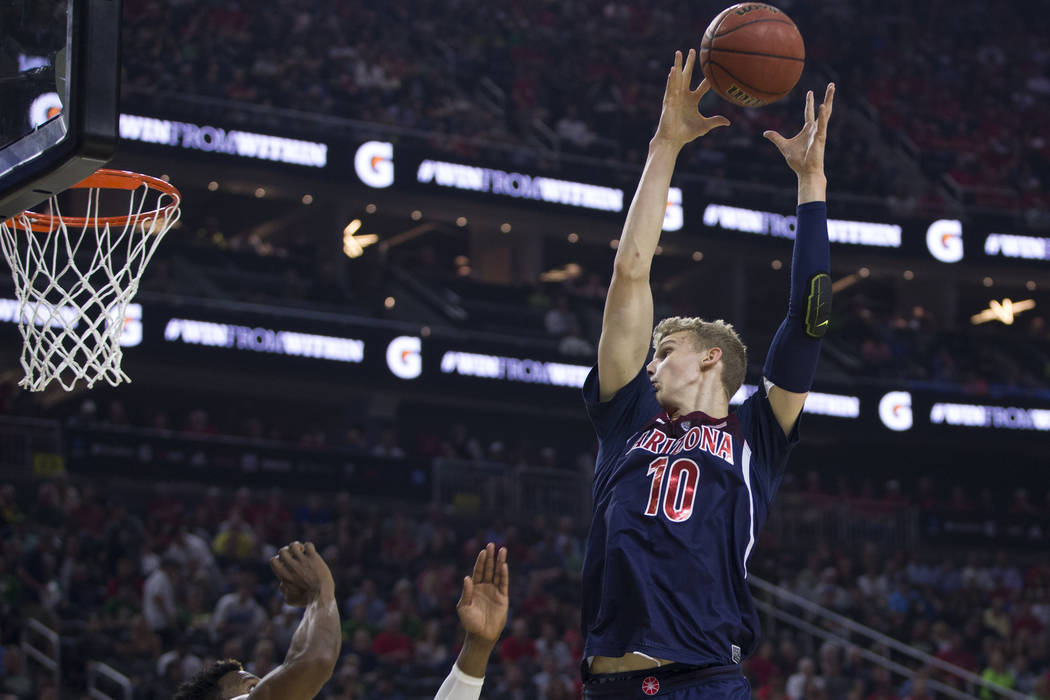 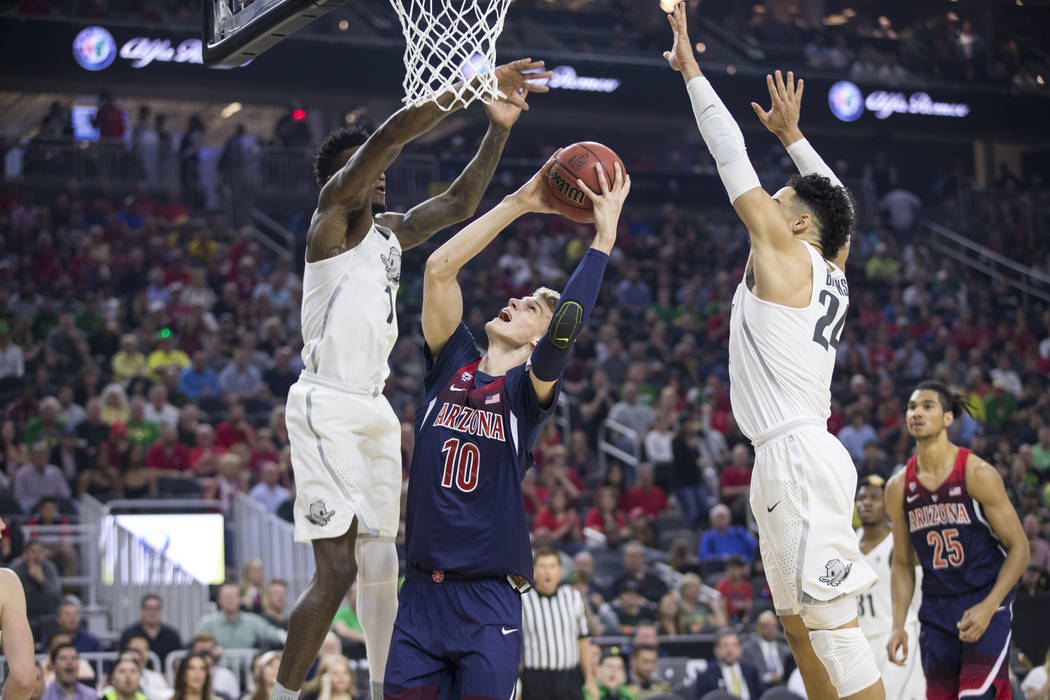 Will a Wildcats team win the NCAA Tournament?

Las Vegas radio host Brian Blessing bet Yes (plus-280) on the intriguing prop that includes Villanova, Kentucky, Arizona, Northwestern and Kansas State while at Sunset Station on Tuesday night as part of a panel of handicappers for a college basketball seminar.

“I have Arizona and Kentucky in my Final Four and Duke beating Villanova in the Elite Eight. If somehow Villanova snuck through, I could conceivably have three of the Final Four be Wildcats and if North Carolina gets to the final game, you can hedge,” he said. “It’s kind of a quirky offering, but the thing that enhances it is you get three legitimate contenders in different regions, so they’re not going to beat each other.”

Looking for some last-minute value on futures bets to win it all? The Gold Sheet handicapper Bruce Marshall — who joined Blessing, Gaming Today columnist Andy Iskoe and former ESPN analyst Hank “The Hammer” Goldberg — has Butler and Oklahoma State in his Final Four.

“They’re relentless. A lot like Villanova,” he said. “They’re pretty deep. They bring their top scorers off the bench, which I like. Their rotations are very potent.”

My long shot to win it all is Notre Dame, a No. 5 seed that has advanced to the Elite Eight each of the past two years. Marshall agrees there’s value at 80-1 with the Irish.

“They lead the nation in free-throw percentage and are second in turnover-to-assist ratio. That speaks to how efficient their offense is,” he said. “When you have two key stats like that, you can beat anybody.”

But first things first. Here are the best first-round bets (with money-line odds for underdogs) from a survey of six handicappers:

Marshall (Goldsheet.com): “I think Wilmington really plays Virginia down to the wire. They’re plus-7½ against a team that can’t score much. Wilmington played Duke very close in the first round last year, and they’ve got basically the same team back. They’re a very fun team to watch with those guards. They score about 85 points a game. They’re not going to score that much against Virginia, but Virginia has only got one double-digit scorer and is a very pedestrian offensive team. I think Virginia is probably going to win this game really close, but 7½ is too much.”

Iskoe (Thelogicalapproach.com): “Getting double digits is attractive because Butler isn’t the type of team to trust to lay double digits against good, unfamiliar foes. Winthrop tends to be fundamentally smart. It used to be a frequent visitor to the tournament and is the kind of team that won’t be intimidated by Butler. I don’t expect them to win, but I expect them to cover.”

Based on his power ratings, Doug Fitz (Systemplays.com) also made Winthrop his best bet in the Review-Journal’s Madness Challenge contest, and it was one of Goldberg’s best bets, too.

Goldberg (Vegas Insider, National Sports Service): “Florida Gulf Coast is well-coached, they’re a high-scoring team and they’re playing close to home in Orlando. They have a better team this year than they had when they caused a stir a couple years ago. They can win it outright.”

Paul Stone (Vegassportsauthority.com): “North Dakota faced the 301st-ranked schedule in the country this year and didn’t face any teams in Jeff Sagarin’s top 50. They like to play a fast tempo, but they certainly haven’t faced anyone with the length and athleticism of Arizona, which has held its last 10 opponents to almost eight points below their season average. I’m not sure North Dakota is going to score 60.”

Blessing (Sportsbookradio.com): “Iona is a high-scoring team that rarely plays defense. With Oregon’s talent and depth, they’ll score a boatload of points. I follow the Metro Atlantic, and it’s just a ridiculous over conference.”

Marshall also had this over as one of his best bets. Iona has gone over in 15 of its past 21 games, and the Ducks have gone over in six of seven.