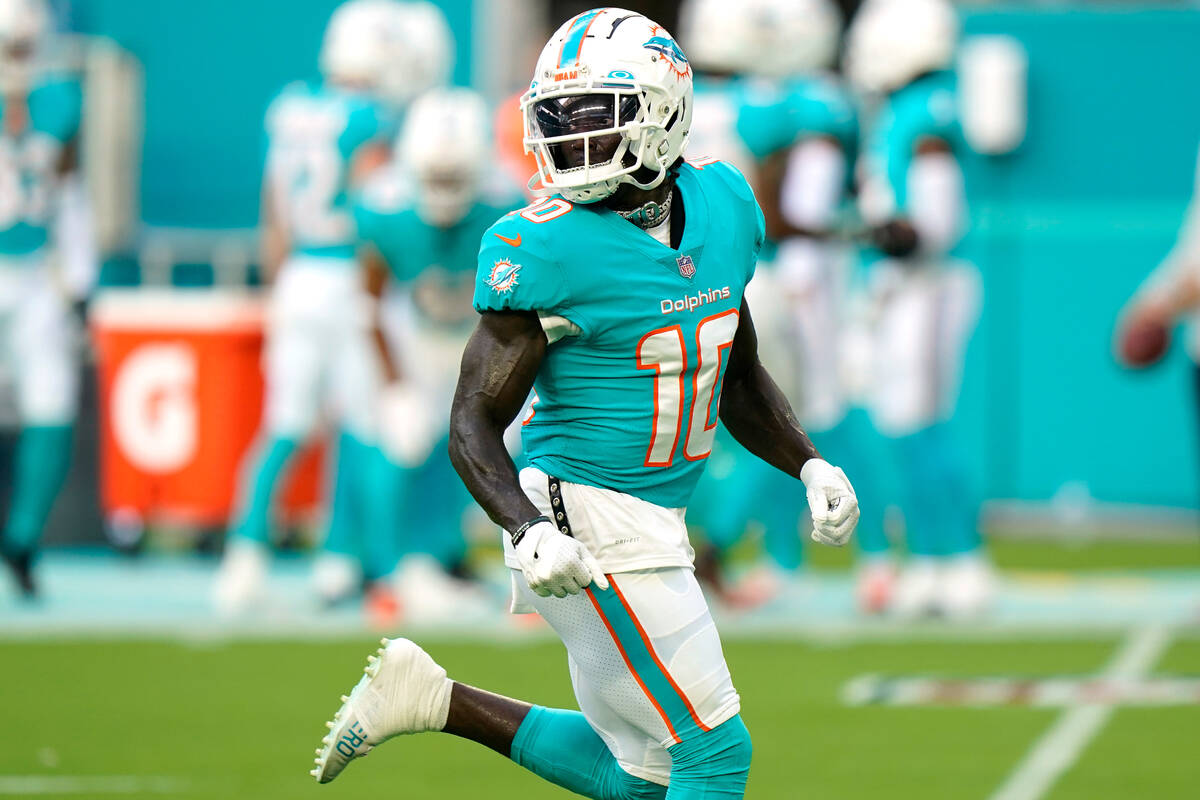 The Dolphins opened as low as 1½-point home favorites over the Patriots in May before settling at -3. Books moved Miami to -3½ on Tuesday after Right Angle Sports, a respected professional betting syndicate, released a play on the Dolphins.

“Right Angle Sports has pretty good influence and a pretty good track record,” Circa sportsbook director of risk Chris Bennett said. “Obviously, three is the most valuable number in the NFL, so that’s significant. I agree with the Dolphins move.”

Miami, which added coach Mike McDaniel, former Chiefs wide receiver Tyreek Hill and former Saints left tackle Terron Armstead, inched up to -4 at Circa on Thursday before dropping back to -3½.

“The Dolphins have better receivers than they’ve had in a very long time and the Patriots kind of faded at the end of last year,” Bennett said. “Their offense wasn’t very dynamic and it looks kind of similar this year. There are some concerns about their defense as well.

“It almost seems like people are down on Bill Belichick. We haven’t taken a significant bet on him for Coach of the Year.”

Right Angle Sports also influenced two other line moves after releasing plays on the Jaguars over the Commanders and the Chiefs over the Cardinals.

Jacksonville, which opened at +3½, dipped from +3 to +2½ at Washington. Westgate SuperBook vice president of risk Ed Salmons said he bet the Jags at +3, partly because Commanders pass rusher Chase Young is out.

“When you look at those two teams, there’s no way you can tell me Washington is better than Jacksonville, especially with Young being out,” he said. “That’s a big loss for Washington.

“The other thing is (Jaguars coach) Doug Pederson was in that division for years and he coached (Commanders quarterback) Carson Wentz. No one knows him better.”

Kansas City opened -3 at Arizona and was at -4½ Tuesday before shooting up to -6. The Cardinals will be without suspended wideout DeAndre Hopkins, while receiver Rondale Moore and tight end Zach Ertz are banged up.

“Nobody likes the Cardinals,” Bennett said. “They don’t have the firepower they had most of last year. Even though the Chiefs lost Tyreek Hill, they look significantly better than the Cardinals.”

Another betting syndicate influenced a line move when they released a play on the Texans over the Colts, who dropped from 8-point road favorites to -7.

“A respected group in town played that,” Salmons said. “I get why they played that. It’s hard to give more than seven on the road.

“Getting eight points at home is a lot of points in the NFL.”

The biggest line move saw Carolina flip from a 4½-point underdog to a 2½-point favorite after Cleveland QB Deshaun Watson was suspended for the first 11 games and former Browns QB Baker Mayfield was named the Panthers starter.

“I don’t think Brissett is that terrible,” he said. “Cleveland is a better team than Carolina and their defense will be able to control them.”

Whitelaw also likes the Vikings (+1½) over the Packers and the Buccaneers (-2½) over the Cowboys, though he bet Tampa Bay -1.

The Ravens climbed from -4½ to -7 at the Jets after former Baltimore QB Joe Flacco was named New York’s starter.

The Broncos shot up from -4 to -6½ at the Seahawks in Russell Wilson’s return to Seattle on “Monday Night Football.”

“At some point, unless someone takes 6½, you’re going to see someone go to 7, if not higher.”