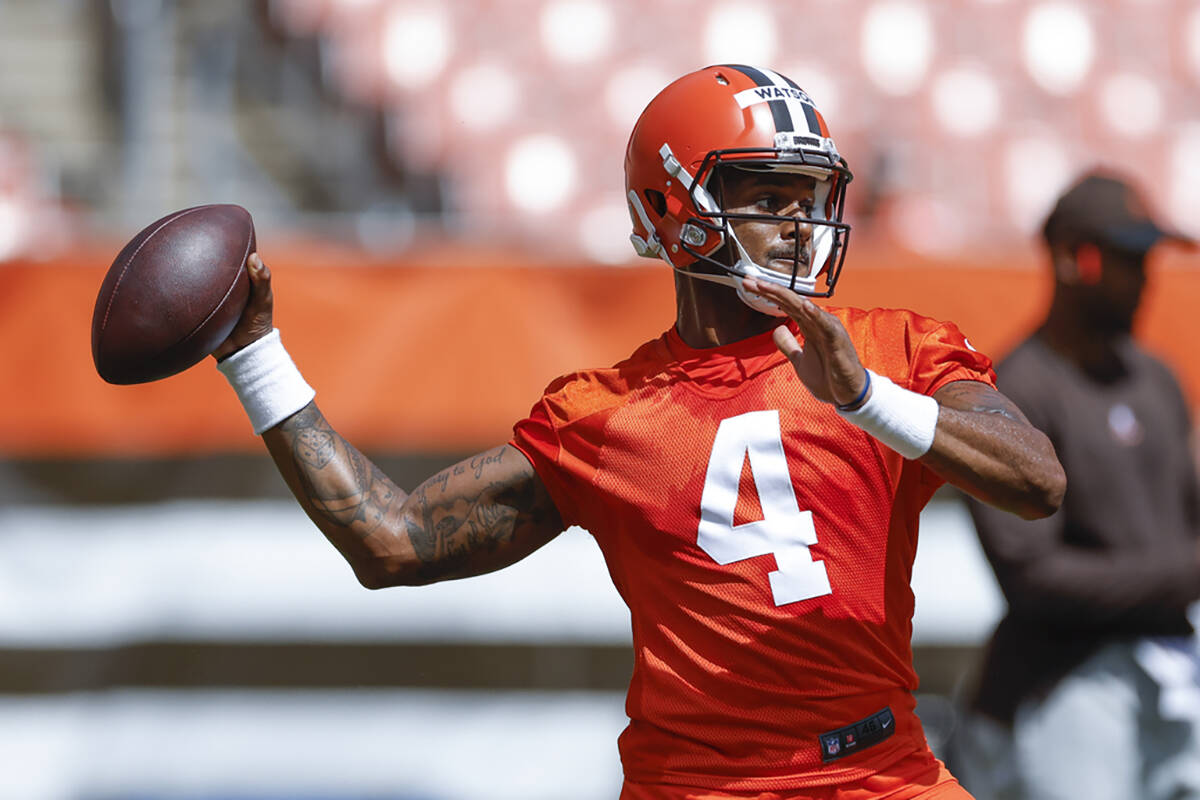 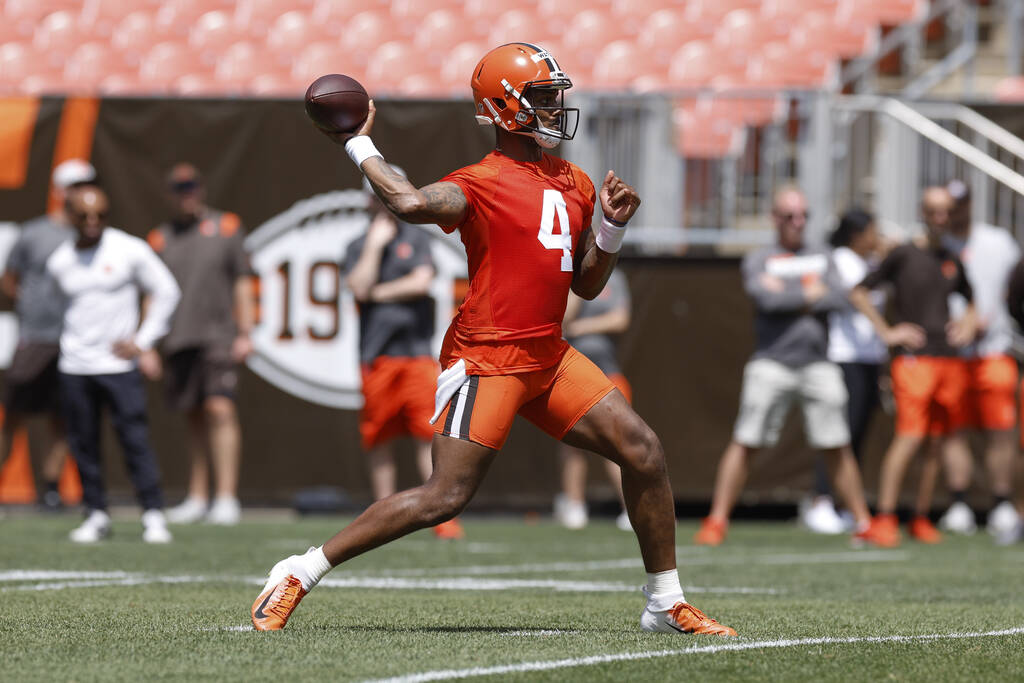 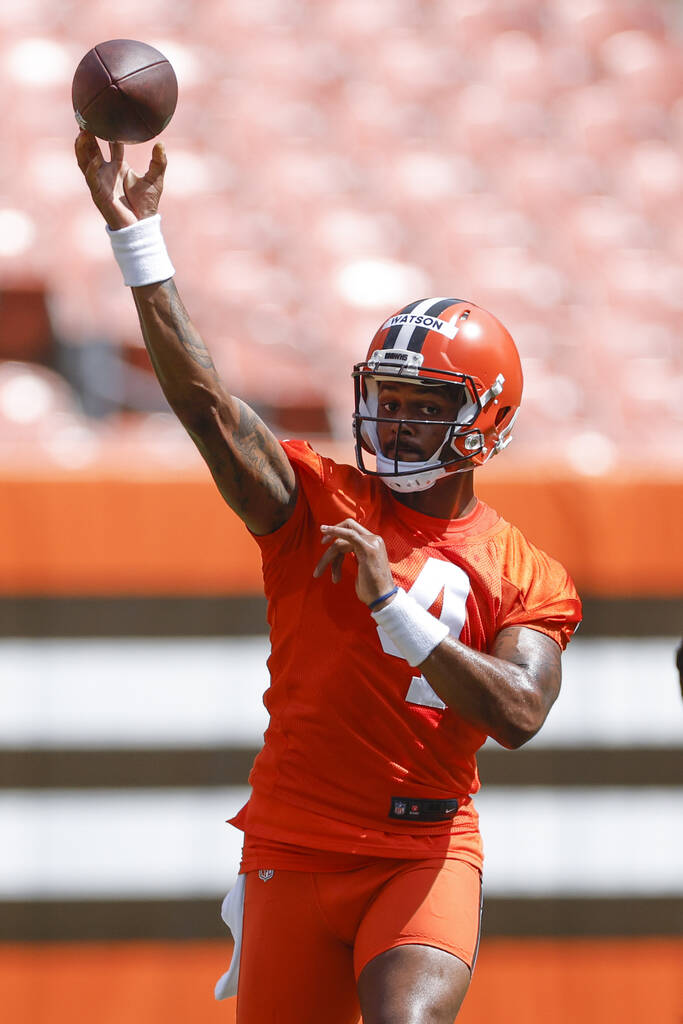 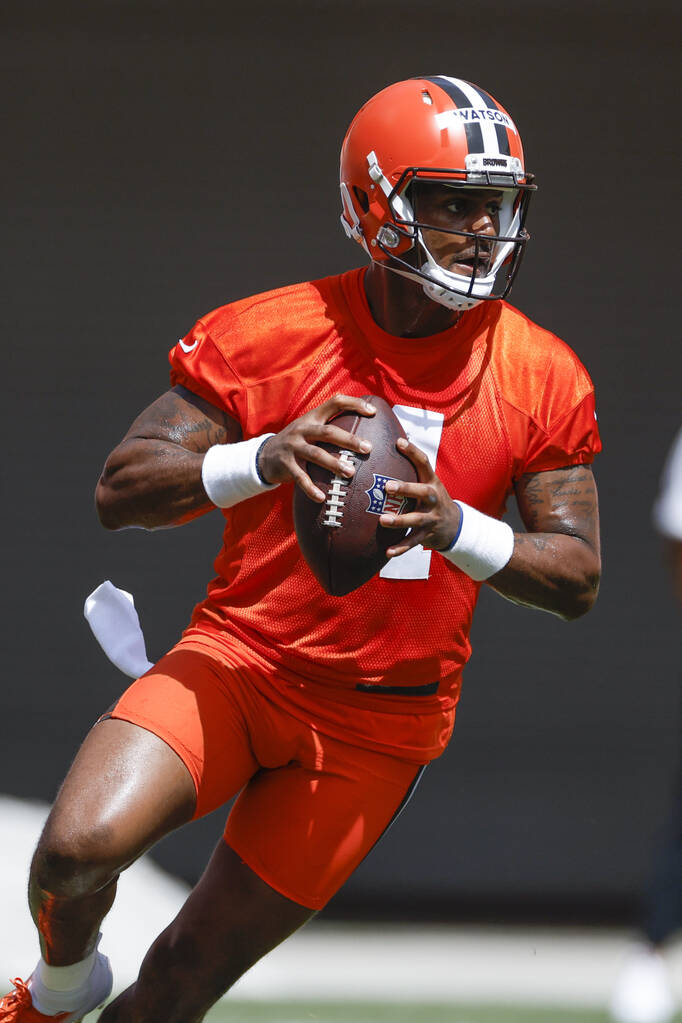 Time will tell if long-suffering Cleveland fans add “The Trade” to that list of painful sports moments. But the odds are already trending that way less than four months after the Browns shipped six draft picks, including three first-rounders, to the Houston Texans for embattled quarterback Deshaun Watson.

After Cleveland gave Watson a fully guaranteed $230 million, five-year contract in March that included a $44 million signing bonus, the Westgate SuperBook slashed the Browns’ odds to win the Super Bowl from 60-1 to 16-1, making them top-10 contenders to win their first NFL title since 1964.

But Cleveland’s odds have since soared back to 60-1 amid reports that the NFL wants to suspend Watson for at least the 2022 season because of two dozen allegations of sexual misconduct.

“I kept raising them every week until I got some bets,” SuperBook NFL oddsmaker Ed Salmons said. “Someone bet $500 the other day at 60-1.”

Watson has been cleared of criminal charges and reportedly settled 20 of the 24 lawsuits against him. But the NFL, which has concluded its investigation, has yet to announce a suspension.

“The league was pushing for a full year. I feel like I would make that the favorite if I was taking bets on the length of suspension,” Circa Sports NFL oddsmaker Chris Bennett said.

Sharp bettors agree. They’ve pounded the Browns to go under their season win total at Circa, causing the number to drop from 10 to 8½ (-120).

The Westgate took Cleveland’s win total off the board at 9½ and also took down their playoff odds and regular-season lines in Weeks 2 to 18.

“When they first traded for (Watson), people were gung-ho on the Browns,” Salmons said. “As time went by and there were whispers he could still get suspended, it stopped. We had to turn everything off Cleveland except Week 1, the Super Bowl, conference and division.

“We were writing all under money (on the win total). It was one-way action. No one’s going to bet over unless Watson plays.”

If Watson is suspended for the season, journeyman backup quarterback Jacoby Brissett is expected to start after Cleveland traded four-year starter Baker Mayfield to the Carolina Panthers on Wednesday for a 2024 fifth-round pick.

The deal didn’t impact the Super Bowl odds on either team at the Westgate, where the Browns stayed at 60-1 and the Panthers at 200-1.

“Jacoby Brissett is serviceable,” Cleveland native and handicapper Doug Fitz said. “But in that division with Cincinnati and Baltimore, is this guy going to mount any kind of serious challenge to win the division? I don’t think so. They’ve got a good defense with Myles Garrett and Jadaveon Clowney, but that can only carry them so far.

“Cleveland has got a Super Bowl defense and a phenomenal running game with Kareem Hunt and Nick Chubb,” Red Rock Resort sportsbook director Chuck Esposito said. “They can win that division, no question about it. But they’re going to need a quarterback. If Watson is suspended, I think you’ll see Jimmy Garoppolo in play.”

The Browns will open their season against their former No. 1 pick Mayfield at Carolina. Cleveland opened as a 4½-point favorite at the Westgate before dropping to -2½ amid the Watson suspension reports. The line dipped to -1 on Wednesday after Mayfield was dealt.

Station Casinos posted a passing yards prop pitting Mayfield against all Browns quarterbacks in the Week 1 matchup. The line is pick’em.

“They say it’s an open competition between Sam Darnold and Mayfield, but I clearly think Mayfield is going to start,” Esposito said. “Mayfield playing against his old team makes it one of the most intriguing games of Week 1 now.”