He is one baseball’s most famous players to be named later, in the literal sense.

Before he became known as Giancarlo Stanton, hitter of prodigious home runs, including six in his first five playoff games this season, he was Mike Stanton, high school baseball and football prospect.

Who was recruited heavily by UNLV. And had the Rebels on his short list.

Stanton was a three-sport star — baseball, basketball, football — at Notre Dame High School in Sherman Oaks, California, where he apparently caught the eye of then-Rebels coach Mike Sanford. As a former backup quarterback at Southern Cal, Sanford had strong ties to the area.

Pete Carroll was the USC coach when Stanton, a 6-foot-5-inch, 215-pound wide receiver, built a big reputation in high school. Steve Sarkisian was one of Carroll’s assistants.

“That was one of my (recruiting) schools, and I was very aware of who he was,” Sarkisian said of Stanton’s football prowess at Notre Dame High in a 2016 Bleacher Report story. “He was a big, physical guy who was very competitive and came from a great program. We were very aware of him.”

Bleacher Report mentioned UNLV’s interest in Stanton, who also considered UCLA but initially committed to Tulane to focus on baseball.

“My high school football coaches worked with NFL guys,” Stanton said in 2016. “They watched me play against current NFL guys and believed I could have made it.”

But when the Florida Marlins picked him in the second round, 71st overall, in the 2007 draft, Stanton took the $450,000 in bonus money and his talents to South Beach, or at least to the Jamestown Jammers of the New York-Penn League on his way there.

In November 2014, Stanton signed a 13-year, $325 million deal that at the time was the most lucrative contract in North American team sports history.

His choice to play baseball turned out to be the right one, although Mike Sanford might beg to differ.

— If the Golden Knights decide to keep Robin Lehner and Marc-Andre Fleury next season, it will in theory give them one of hockey’s best modern-day goaltending tandems. But all time, I’m still going with the Hall of Fame duo of Glenn Hall and Jacques Plante of the 1967-68 expansion St. Louis Blues.

Like Fleury, who will turn 36 in November, both were a little long in the tooth by then — Hall was 37 and Plante 40. They shared the Blues’ netminding duties almost straight down the middle, with Hall posting a 2.17 goals-against average in 41 games and Plante a 1.96 in 37.

True, the Blues did play a lot of games against the Oakland Seals that season, and they were swept in the Stanley Cup Final by the vaunted Montreal Canadiens — albeit by closer-than-anybody expected scores of 3-2 in overtime, 1-0, 4-3 in OT and 3-2.

Hall was particularly brilliant in Game 3, during which the Canadiens outshot the Blues 46-15, an effort that helped “Mr. Goalie” earn the Conn Smythe Trophy as the playoffs’ MVP in a losing cause.

— It was assumed that when Natalie Decker failed to pass the NASCAR medical protocol before the recent truck series race at Las Vegas Motor Speedway, it was because she had tested positive for COVID-19.

But in a Twitter video, Decker said she wasn’t feeling well on race day and went to the infield care center at LVMS, where she was diagnosed with a high heart rate and high blood pressure. She is feeling better, she said, but still hasn’t been cleared to return to the track.

NEWS!!
Update on my Heath and Racing! I love you all so much and thank you for all the kind words and prayers! I will be back in the car soon💕💕 pic.twitter.com/YFKSSrUsEd

— According to a news release, with four helmets, three jerseys and two sets of cleats, UNLV’s new football look includes 180 possible uniform combinations. While impressive, it still pales in comparison to Oregon, which at last count had a bazillion and one.

USA Today headline on a story about Oregon’s football uniforms: “Oregon could wear a different uniform every game until the year 3344.”

Penn State, on the other hand, could wear a different uniform every game until its next one.

Danny Musovski had a breakout game for Los Angeles FC on Oct. 11, scoring two goals and adding an assist in a victory over the Major League Soccer champion Seattle Sounders. 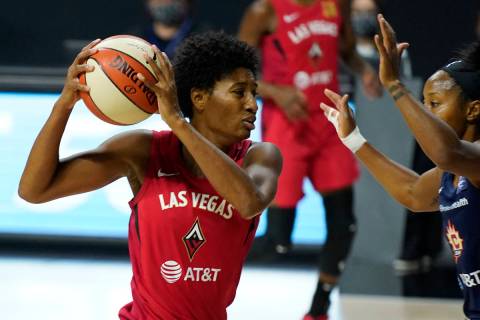 After receiving a psychological assist from Seattle’s Sue Bird in the WNBA semifinals, Angel McCoughtry and the Aces are being deluged by the real kind by the Storm. 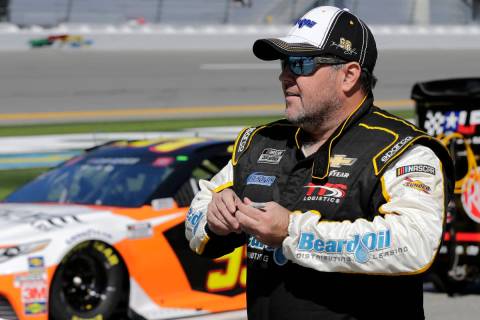 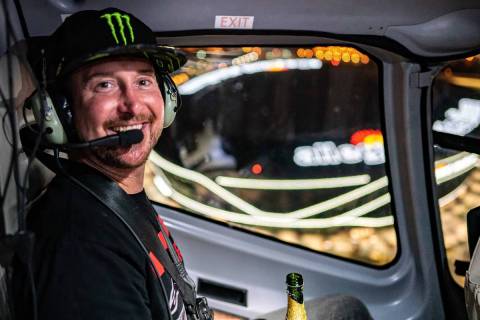