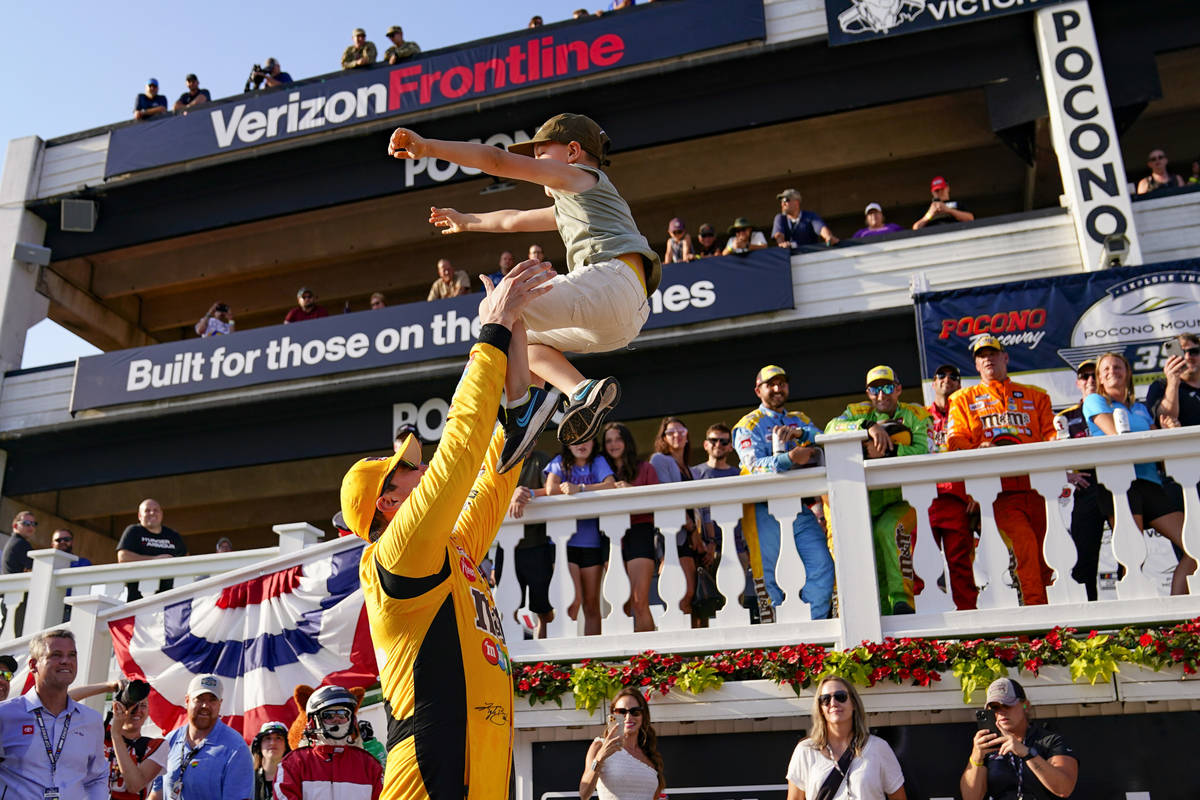 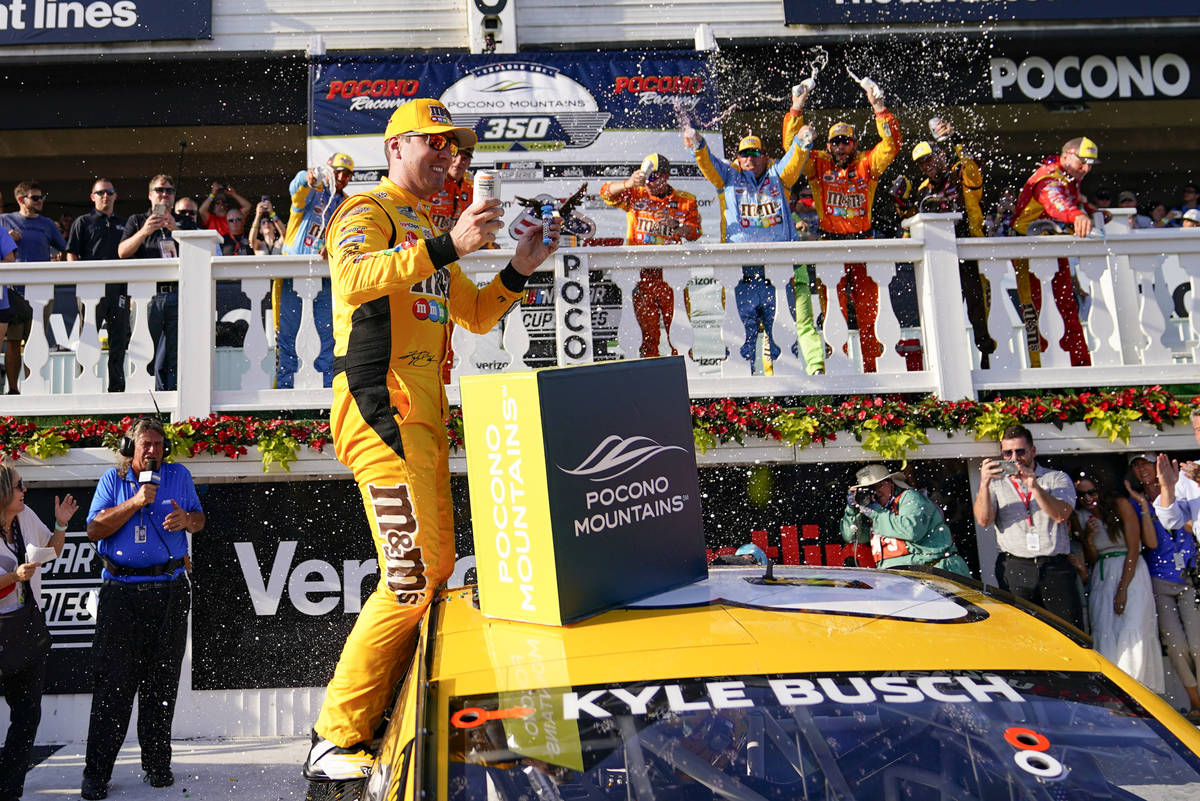 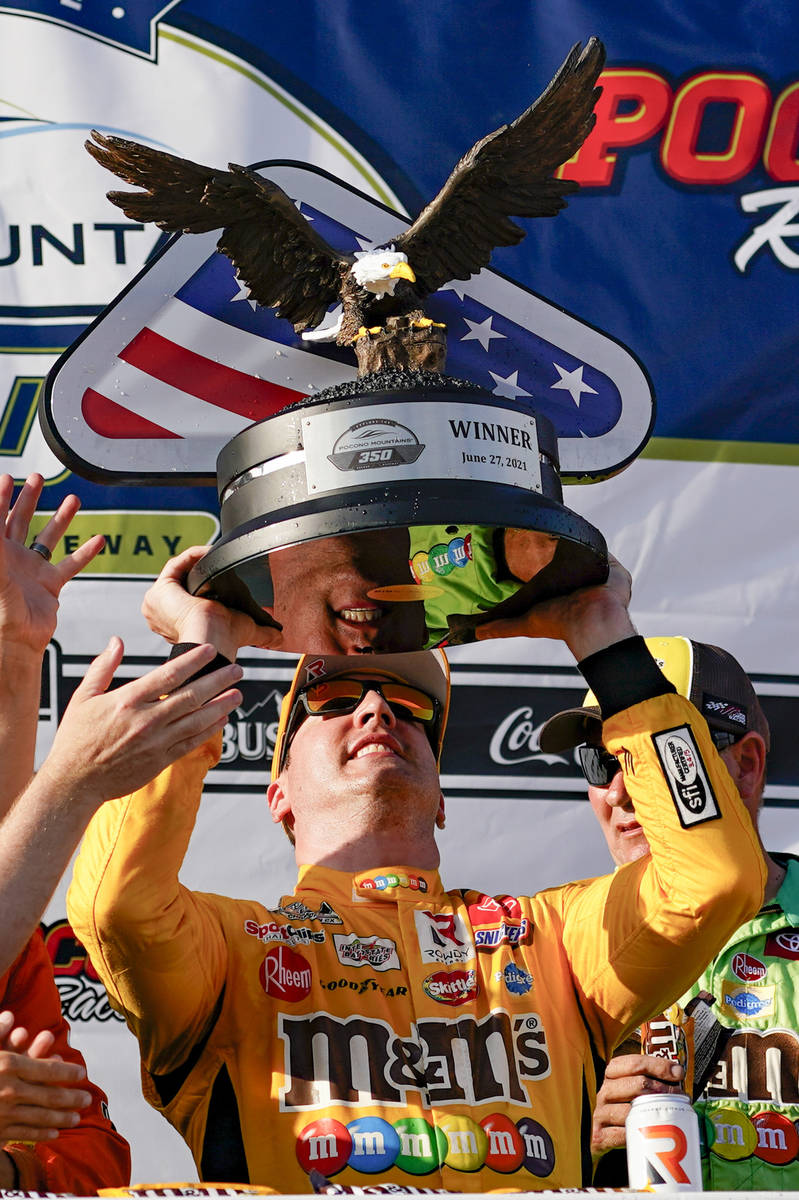 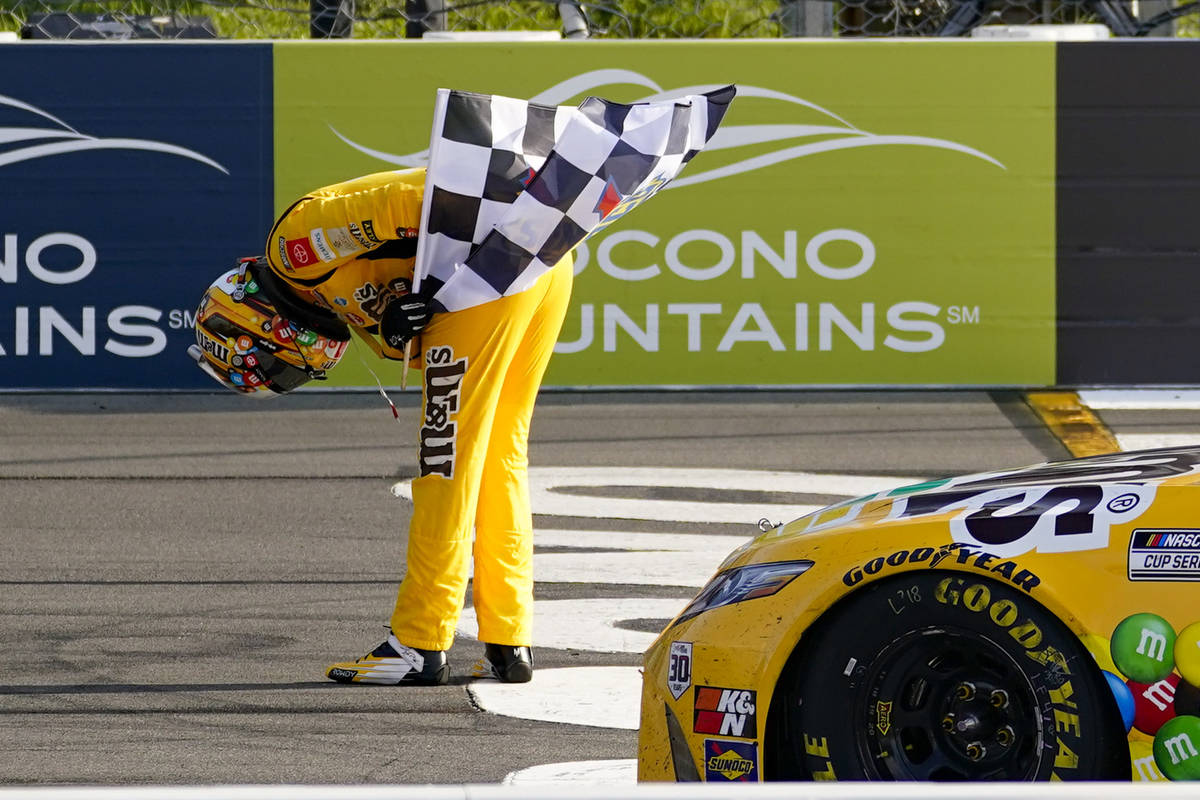 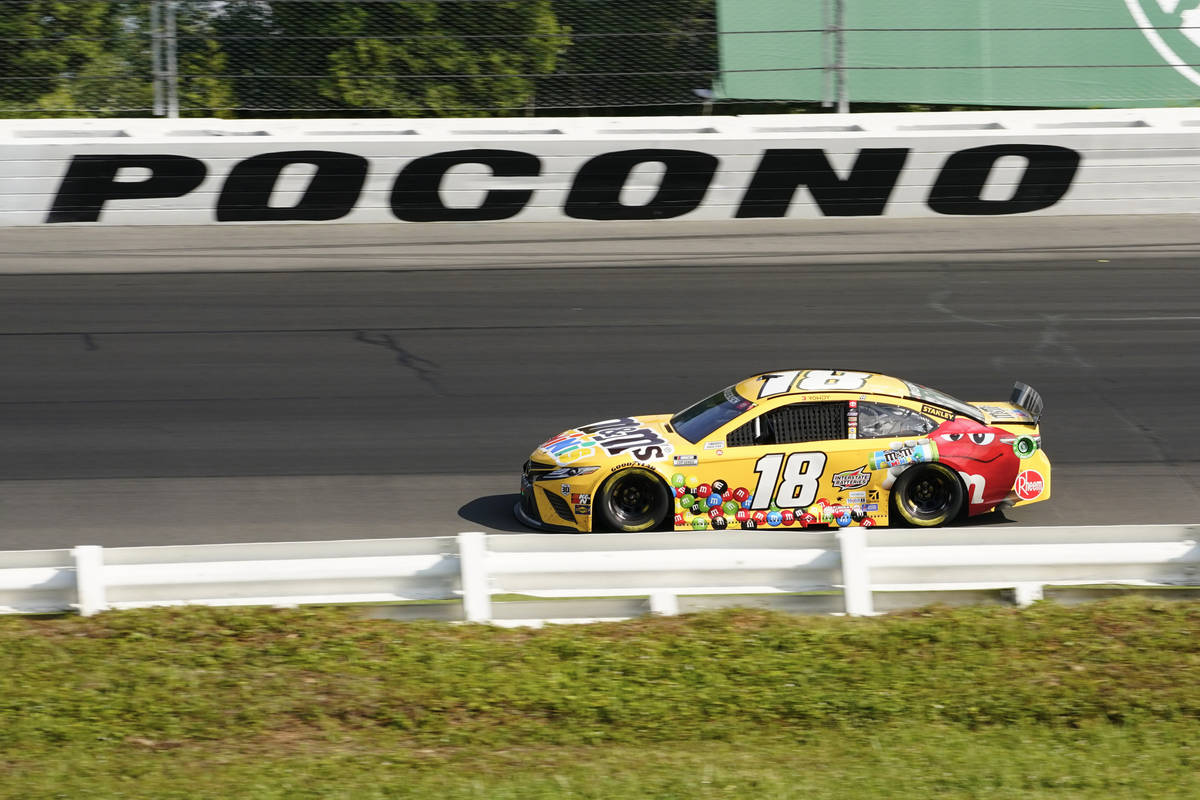 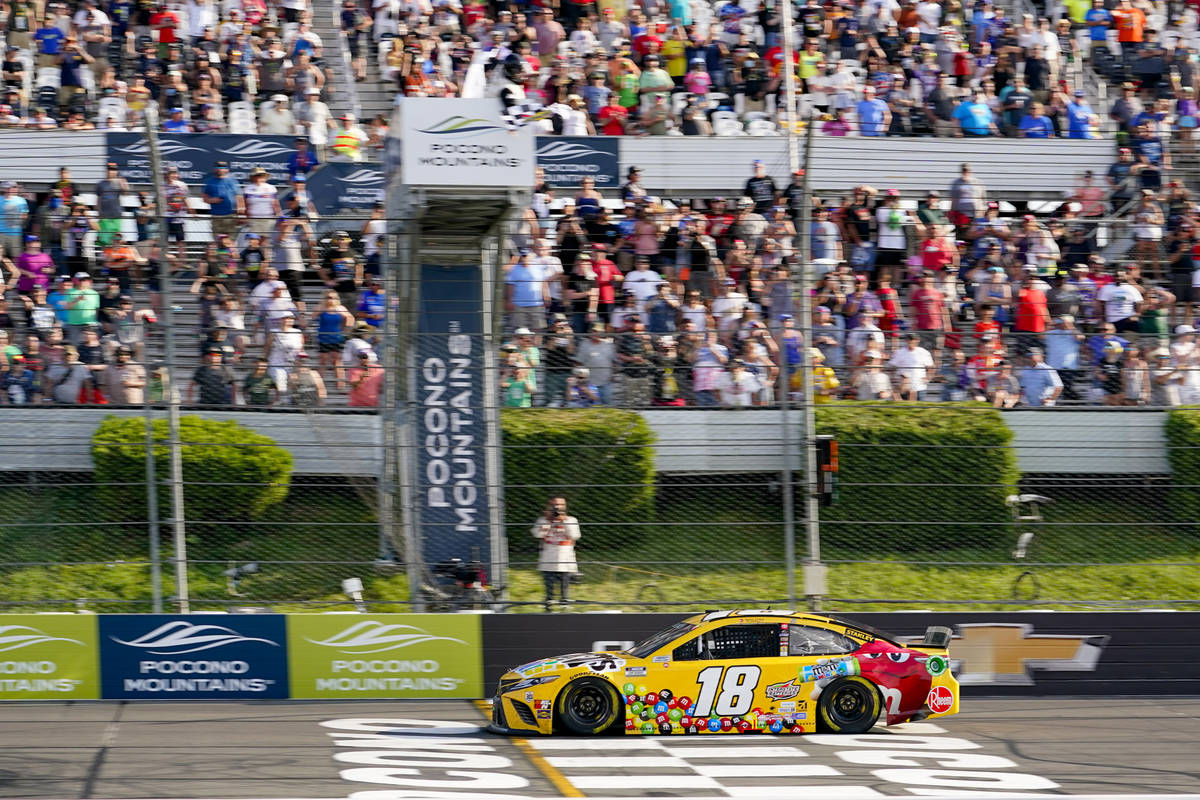 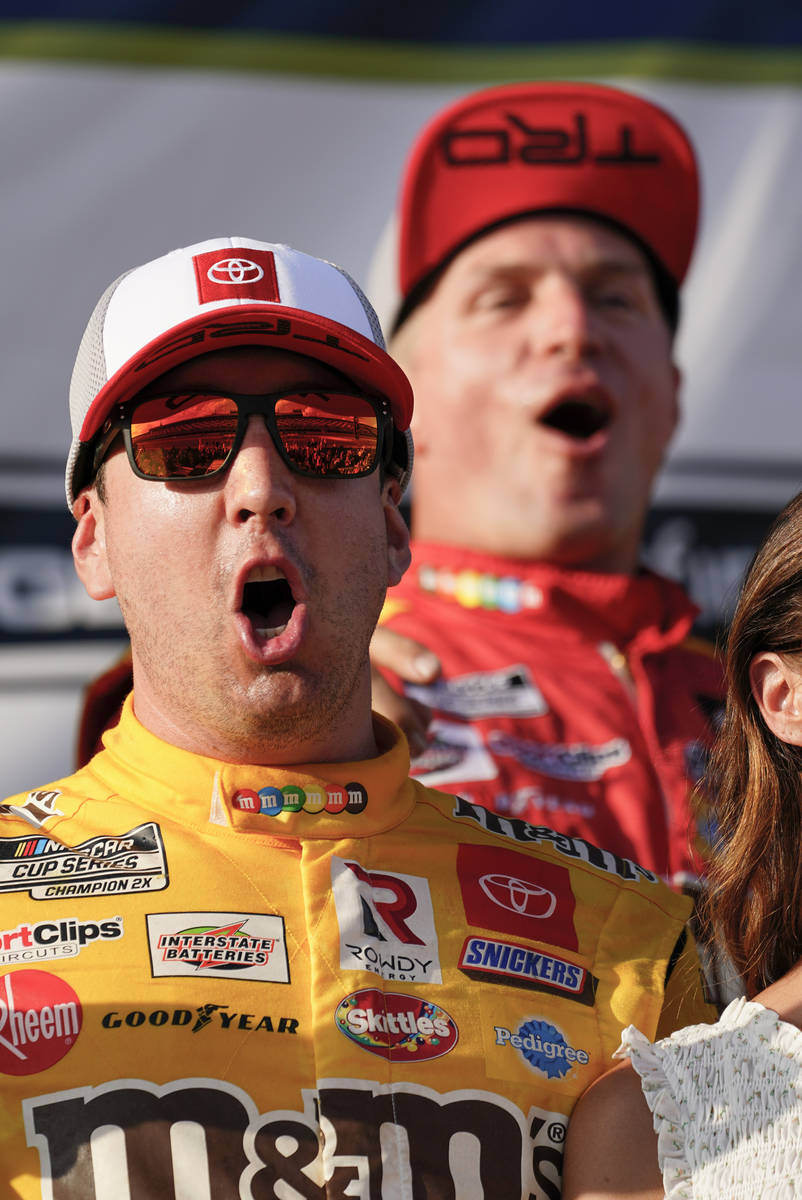 It was just a few weeks ago that Kyle Busch bounced and rolled the ceremonial first pitch before a Texas Rangers game to within the general vicinity of home plate. It goes without saying he was ridiculed without mercy by the perfect ones who troll on social media.

Busch could have said it was before the major leagues outlawed the sticky stuff and the ball got stuck in his hand, were he one to make excuses.

But since unleashing the dubious wild pitch — “that was terrible,” Busch admitted this week — almost everything on the track has been right over home plate for the two-time NASCAR champion from Las Vegas.

With a second, first and third in his past three starts, Busch’s stuff has been more impressive than Jacob deGrom’s. He has climbed to fourth in points, and with six races to go in the regular season, has rebooted a championship bid that appeared stuck in low gear.

“We’ve had a good turnaround,” an almost buoyant Busch said during a telephone chat with the Review-Journal. He punctuated the remark with a confident chuckle that suggested he was feeling pleased as punch, or at least a cold can of Rowdy Energy in Victory Lane.

Back in the groove

Last season was such a bummer for Busch that founding his own energy drink was pretty much the only highlight. He salvaged a victory at Texas to extend his streak of seasons with a victory to 16. But by then, he was relegated to eighth in final points after having finished first, fourth, second, third and first in the preceding five seasons.

The 36-year-old credits improved communication with first-year crew chief Ben Beshore for a recent string of top-10 finishes that includes wins at Kansas and Pocono, Pennsylvania.

Until recently, had you asked Busch about the playoffs, he probably would have responded in the manner of former Indianapolis Colts coach Jim Mora in that beer commercial. Playoffs? Busch this week seemed more than happy to discuss the NASCAR ones.

“We’re coming on more and more,” he said, his tone as bright as the yellow No. 18 race car he usually drives.

What made the No. 9 so strong today? @KyleBusch (P3) on that and more following @roadamerica. pic.twitter.com/uK0FVV5BHm

Last week, Busch drove a red car in the Cup Series’ first race since 1956 on the scenic 14-turn Road America circuit in Wisconsin. He started 40th and last after crashing in practice (and driving back to the pits backward), but parlayed deft road course skills and pit strategy for a satisfying third that bodes well heading into Sunday’s race in Atlanta, one of the 1.5-mile ovals upon which Busch has run so well this season.

His average finish of 4.4 in five races on intermediate tracks tops all drivers, including the dominant Larson, next best at 5.4.

“We’ve got a couple more mile-and-a-halves to go — Atlanta this week and Michigan, which is kind of like a mile and a half, and then when you get into the playoffs, you have Las Vegas, Texas and Kansas,” Busch said.

He spoke about having finished third at LVMS in the spring, and how another solid run on his hometown track in September could provide momentum heading into the Round of 8 at Texas, Kansas and Martinsville, Virginia — the most challenging round of the four-tiered elimination-style playoffs, in his opinion.

“But if we can make it past the Round of 8 and still be in the thing, I think we’ve got a really good shot of being able to make it to Phoenix to race for a championship,” Busch said about playoff concerns that have mostly turned to optimism.

The NASCAR championship race is Nov. 7, more than a month after the Arizona Diamondbacks’ last home game — and last ceremonial first pitch.

One less thing for Kyle Busch to worry about.