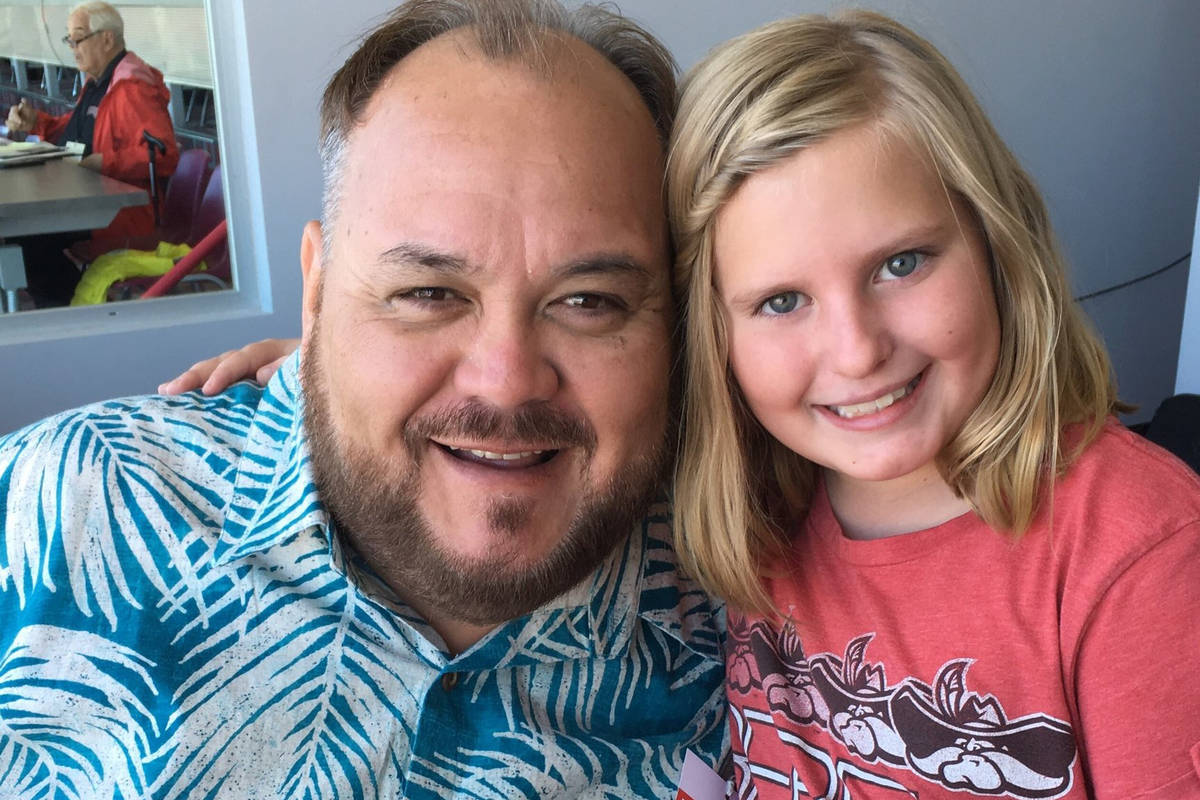 His was the dulcet voice of Hawaii football for nearly three decades, but he wasn’t traditional by any means. Robert Kekaula sounded like the guy sitting next to you at a luau. He was your late night football big braddah.

To the tens of thousands of transplanted Hawaiians who have made Las Vegas the so-called “Ninth Island,” he was a big slice of paradise, home away from home.

But to bettors still loitering at the sportsbook after midnight when they were vacuuming it, his lilting cadence was the sound of chasing one’s daily bread. Betting on Timmy Chang, Colt Brennan and June Jones in the last game of the day was the last chance to recoup money lost by wagering on the Big Ten schools during the afternoon and early evening.

Robert Kekaula was 56 when he died unexpectedly last weekend. Several Las Vegans shared anecdotes this week about him.

“As far as I know, he never wore pants,” said long-time Honolulu Star-Advertiser sports editor Paul Arnett. “Everywhere he went, he wore shorts and Aloha shirts. Hawaii has an away football game in Utah, and it’s in the 30s, but there’s Robert, shaking like a leaf.”

Of his sudden death, Arnett said, “It’s a big loss because he was so kind and generous.”

Added Mark Wallington, UNLV’s football information director: “I loved his calls, because he’d get so excited for both teams. They (would) beat us in the last second, but he got just as excited about (UNLV’s) Lexington Thomas running for a 28-yard touchdown.”

Kevin Bollinger, sports director at KVVU-TV Channel 5, does a spot-on impression of Kekaula describing Thomas’ scoring run after which he bestowed the nickname “Lightning” on the Rebels’ scat back. Bollinger emailed a photo of Kekaula with his daughter, Brenna, taken in the Sam Boyd Stadium press box.

“He was her favorite sportscaster,” Bollinger said.

We are saddened to hear of the passing of Hawai‘i’s beloved Robert Kekaula. A proud @uhmanoa graduate, Robert shared these words of wisdom last year with the class of 2020. Rest in Aloha Robert 💚 #RobertKekaula @KITV4 @UHawaiiNews pic.twitter.com/nqczHrhumn

■ Wayne Gretzky, one of the celebrity owners of Las Vegas’ new pro lacrosse team, scored a goal in the only hockey game he played here for the Los Angeles Kings in their 1991 outdoors exhibition against the New York Rangers at Caesars Palace.

That places the Great One four behind the Average One, younger brother Brent Gretzky, who scored five goals in 40 games for the 1996-97 Las Vegas Thunder of the defunct International Hockey League. Wayne and Brett still hold the NHL record for most points scored by two brothers with 2,861 — 2,857 by Wayne and four by Brent in 13 games with Tampa Bay.

Brent Gretzky: "As a member of the @TBLightning, Brent played against his brother Wayne and the @LAKings on Oct. 20, 1993. 'He won every faceoff against me, but I rubbed him out along the boards and the crowd went wild,' Brent said."#WeAreTheWolves

■ The College of Southern Nevada’s Damiano Palmegiani has been named a first team NJCAA All-American after hitting 26 home runs in 63 games to go along with team highs in batting average (.389) and RBIs (81).

CSN had another excellent season, finishing 46-17. The Coyotes’ JUCO World Series bid ended with 16-13 and 14-13 losses to Yavapai College of Arizona in the Western District tournament.

“Can I just mention we had a Brian Schlitter jersey sighting in the crowd?” Deshaies said about the 35-year-old journeyman who pitched for the Cubs and resurfaced in the minors with the Aviators in 2019 and again this season before being released.

Bishop Gorman product Joey Gallo of the Texas Rangers hit a ball off the retracted roof of Globe Life Field in Arlington, Texas, against the Minnesota Twins on June 18 that was ruled a foul ball. … Rick Harrison’s recent Pawn Stars Poker Run, a motorcycle rally, raised $125,000 for charity, with Raiders running back Kenyan Drake joining in. … Former CSN ace Phil Bickford pitched out of a bases-loaded, no-out jam for the Dodgers against the Cubs on Thursday.

“Joe Tsai is out here assembling the Avengers of sports ownership groups for @lasvegaslax.”

Joe Tsai is out here assembling the Avengers of sports ownership groups for @lasvegaslax.