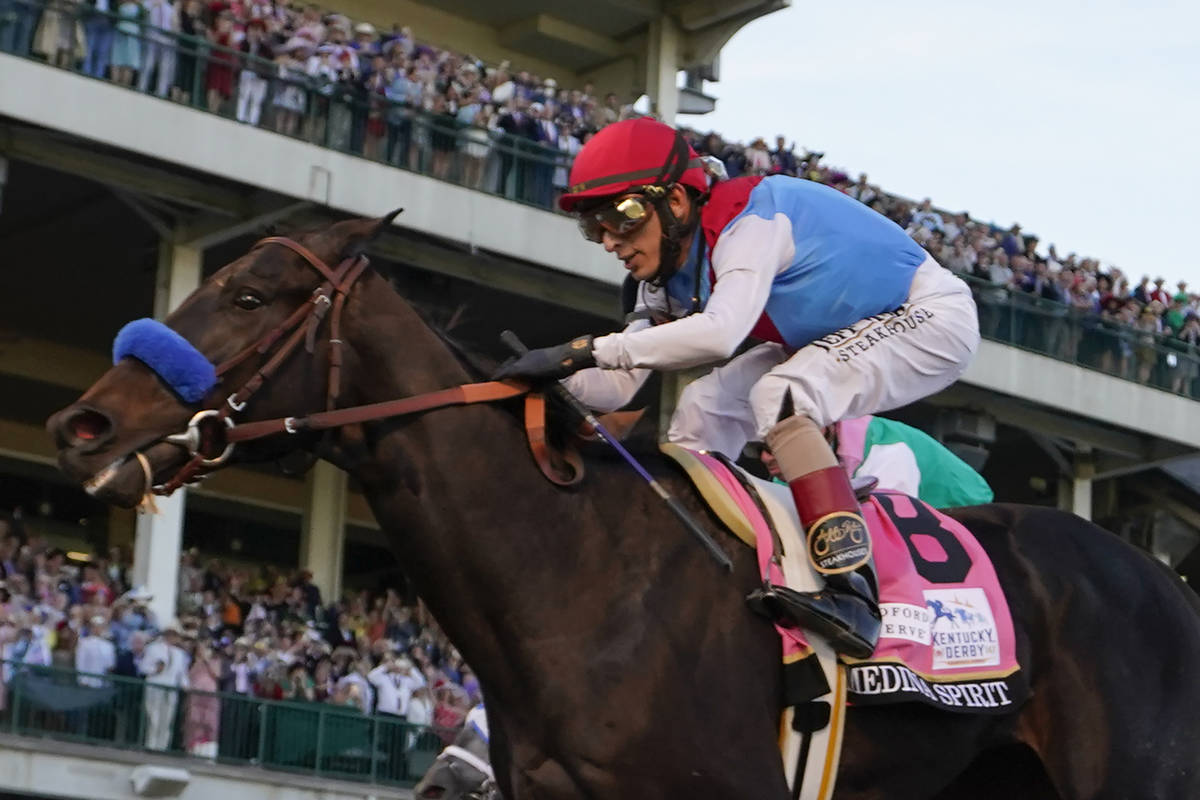 Some horseplayers are going to enjoy a fine payday this weekend in Las Vegas, and I’m not talking about bettors risking a few bucks on Saturday’s $1.25 million Travers Stakes at Saratoga.

The 22nd National Horseplayers Championship, usually contested here in January but postponed by the COVID-19 pandemic, is making its first August appearance from Friday through Sunday at Bally’s on the Strip.

That serendipitously surrounds the brilliant Saturday card at the Spa, which features seven stakes – six of them Grade 1s — not to mention some intriguing racing at Del Mar, including the return of Medina Spirit, still the winner of the Kentucky Derby pending a ruling on his positive postrace drug test, in Sunday’s $100,000 Shared Belief Stakes.

In the human contest, cash prizes of more than $2 million, including a grand prize of $725,000, will be handed out to the last men or women standing from the 449 individuals and 550 entries in the contest. Players also will compete for an Eclipse Award and the title of “Horseplayer of the Year.”

Several entrants are also trying to collect major bonuses tied to earlier accomplishments. Among them is 20-time NHC qualifier Sally Goodall of Las Vegas, who won $100,000 for capturing the 2020 NHC Tour and an NHC berth. She also is eligible for a $5 million bonus if she goes on to win at the 2021 NHC finals.

Because of the schedule shift, players will have the chance to feast on racing from Del Mar, Ellis Park (some irony there, as Nevada bettors can’t wager on the Churchill Downs-owned track), Golden Gate Fields, Gulfstream Park, Monmouth Park and Saratoga Race Course and Woodbine Racetrack. All but Gulfstream and Golden Gate are part of the NHC for the first time.

I’ll wait to see how everything plays out, but this feels like a great merging of summer and winter traditions. I wouldn’t be surprised if the National Thoroughbred Racing Association, which runs the NHC, elects to make the change permanent.

The 1¼-mile Travers, known as the Midsummer Derby, will be the highlight Saturday at the Spa, but it’s not the best betting race unless you think you can beat 4-5 favorite Essential Quality in the seven-horse field for 3-year-olds.

I’m not sure they can, but Midnight Bourbon (9-2), who has speed and drew the rail, could give the favorite a tussle if he can get away cleanly and not get caught up in a pace duel with Masqueparade (8-1). I’ll also use Dynamic One (6-1) in exactas with the other two, as he appears on the improve and is a strong candidate to finish second.

A frightening incident at Del Mar in Race 7 on Sunday, when seven horses and riders went down, miraculously resulted in no serious injuries to horses or riders.

The accident in the sprint for $25,000 maiden filly and mare claimers occurred past the 7/16ths pole, when Sassy Chasey clipped heels with another runner and went down, causing a chain reaction that also saw Backtoflash, Whiskey Blue, Siena Silk, Renegade Princess, Phoenix Tears and Corners Up fall.

Baze, one of four jockeys taken to hospital for evaluation, was forced to take this week off to recover from body soreness, his agent Jack Carava told the Paulick Report, but no one suffered any broken bones.

The horses all were said to be doing OK the day after the race, which was declared “no contest,” resulting in all bets being refunded.