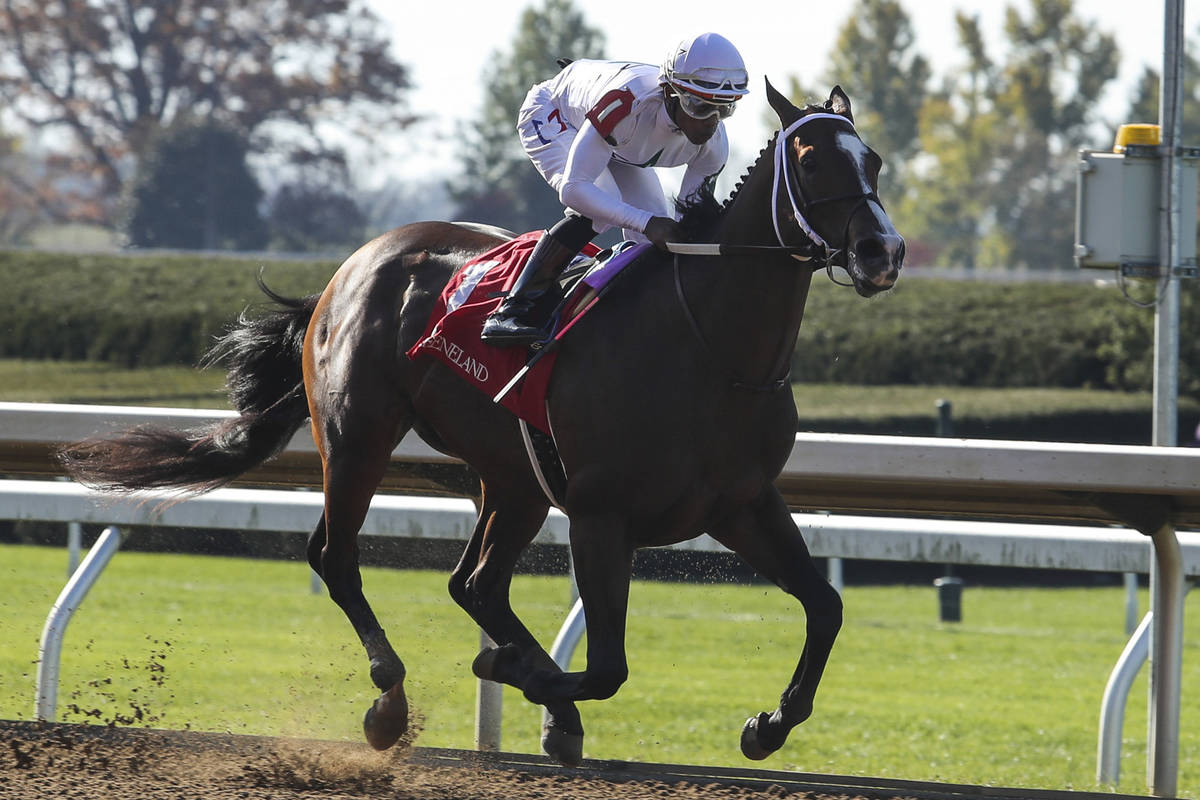 The rest of you will have to wait a few more days to turn the page on 2020, but the day after Christmas is the beginning of the new year for me.

That’s because Boxing Day, as it’s known in the U.K., is also opening day for Santa Anita’s winter-spring meeting.

The day-after-Christmas opener, which was rained out last year, always feels like a new beginning. That’s never been more true than in 2020.

Saturday’s 11-race card is chock-full of stakes races, with six on the card, five of them graded. The fun will begin earlier than usual, with first post at 11 a.m. Sunday’s card begins at 11:30 a.m.

Observant fans – none of whom will be at the track because of COVID-19 restrictions — will notice a few new wrinkles at “The Great Race Place” as it begins the meet that runs through June 20, with racing on Fridays, Saturdays and Sundays most weeks.

The downhill course will only be used for the start of grass races at 1¼ miles or more, as it was last season.

You could get quite an argument going if you asked a dozen horseplayers to pick the marquee race on the opening day card, but the $300,000 Malibu Stakes is my sentimental pick.

The 7-furlong race for 3-year-olds always attracts an intriguing mix of Triple Crown contenders and sophomores that bloomed later in the year. And despite drawing just six horses this year, it is still a puzzle well worth your time.

The main reason is because the Steve Asmussen-trained Nashville, the 6-5 morning line favorite, appears vulnerable. Yes, he’s 3-for-3 and ran an unbelievably fast 6 furlongs on Nov. 7 at Keeneland in his last start, stopping the clock in 1:07 4/5 despite being shut down by jockey Ricardo Santana Jr. in the stretch.

But that was early on Day Two of the Breeders’ Cup, and the track was lightning fast, producing multiple course records on the main track. The son of Speightstown also received no pressure early or in the middle stages of the race, the $125,000 Perryville Stakes, leaving him with lots in reserve.

I suspect the deeper Santa Anita track and the higher caliber competition he’ll face in the Malibu might not be quite so much to his liking.

Charlatan, the 9-5 second choice on the morning line, also is undefeated in three starts and has a Grade 1 win in the Arkansas Derby for trainer Bob Baffert. He’s also 2-for-2 at Santa Anita and has been working well for his return after an almost eight-month layoff.

Charlatan has enough speed to stay close to Nashville in the early going and can begin to apply pressure by the top of the stretch, something Nashville has yet to experience.

Charlatan is my pick to wear down the latter. I’ll use him with Independence Hall (4-1) and Express Train (15-1) to try to inject some value into the exotics.

The Horseracing Integrity and Safety Act, which would create a federal body to design and implement uniform national horse racing medication and racetrack safety standards, appeared to be dead in the water last week as Congress prepared to adjourn.

But the law found its way at the last minute into the omnibus government spending bill passed by Congress and awaiting President Donald Trump’s signature. He has since threatened to veto the bill, leaving the HISA in limbo until the impasse with Congress is broken.

I’ll keep an eye on the D.C. drama and dive deeper into the implications of the legislation in next week’s column.