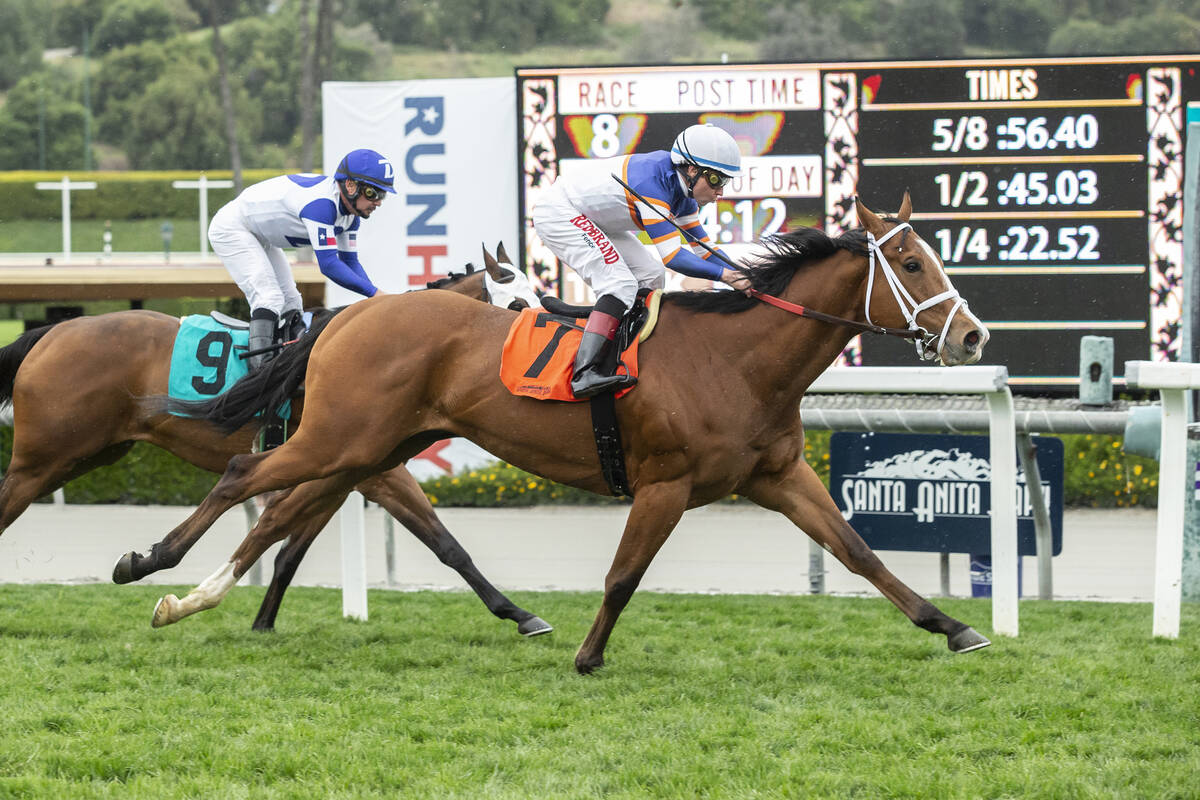 This time we can celebrate when we say Santa Anita Park is going downhill.

That’s because the historic oval will again offer racing on its legendary tilted Camino Real Hillside Turf Course when it opens its 16-day autumn meet on Friday.

Unused since March 2019, when the track was in the midst of a grim series of fatal breakdowns, the downhill 6½-furlong course is one of horse racing’s most spectacular dueling grounds. Horses break from the gate at the top of the hill, then make a right-hand bend as they descend before making a sweeping turn to the left to cross the main track and join the turf course proper at the top of the stretch.

Fans won’t have to wait long to see the staircase course in action. The Grade II, $200,000 Eddie D Stakes, named for the great jockey Eddie Delahoussaye, is one of four stakes races featured on the opening day card. Trainer Steve Asmussen’s Midwest invader Snapper Sinclair and Phil D’Amato’s Gregorian Chant head what looks to be a deep field of nine runners.

Sunday’s $200,000 Zenyatta Stakes (Grade 2), a 1-1/16th-mile affair for fillies and mares, is the final Breeders’ Cup prep that will pay the winner’s way to the Big Dance, now just five weeks away.

Belmont Park and Longchamp racecourse in Paris also are hosting “Win and You’re In” races this weekend.

Longchamp has a turf five-pack on Sunday: The Prix de l’Abbaye de Longchamp; the Prix de l’Opera; the Prix de l’Arc de Triomphe; the Prix Jean-Luc Lagardere; and the Prix Marcelle Boussac, all Group 1 races. Better set an alarm if you plan to watch or wager. TV coverage on Fox Sports 2 begins at 5:15 a.m. and maybe even earlier on TVG.

Sadly the rumors about the sale of Arlington Park outside Chicago to a group with no plans to continue racing proved accurate. Owner Churchill Downs Inc. announced Wednesday that the NFL’s Chicago Bears are buying the 326-acre property for $197.2 million.

There’s still a slim chance racing could continue at the track if the Bears can’t arrange financing for a new stadium or instead reach a deal with the City of Chicago to renovate Soldier Field, but it’s a big long shot.

Lighting up the Tote

That got me wondering what the longest-priced winner of all time paid. It appears that the filly Wishing Ring owns that honor for parimutuel wagering in North America, with a return of $1,185.50 on a $2 win bet on June 17, 1912, at Latonia racetrack in Covington, Kentucky.

A mere $22 was wagered on the filly that day, with $8 going to win, $4 to place and $10 to show, according to colinsghost.org, a website devoted to thoroughbred racing history.