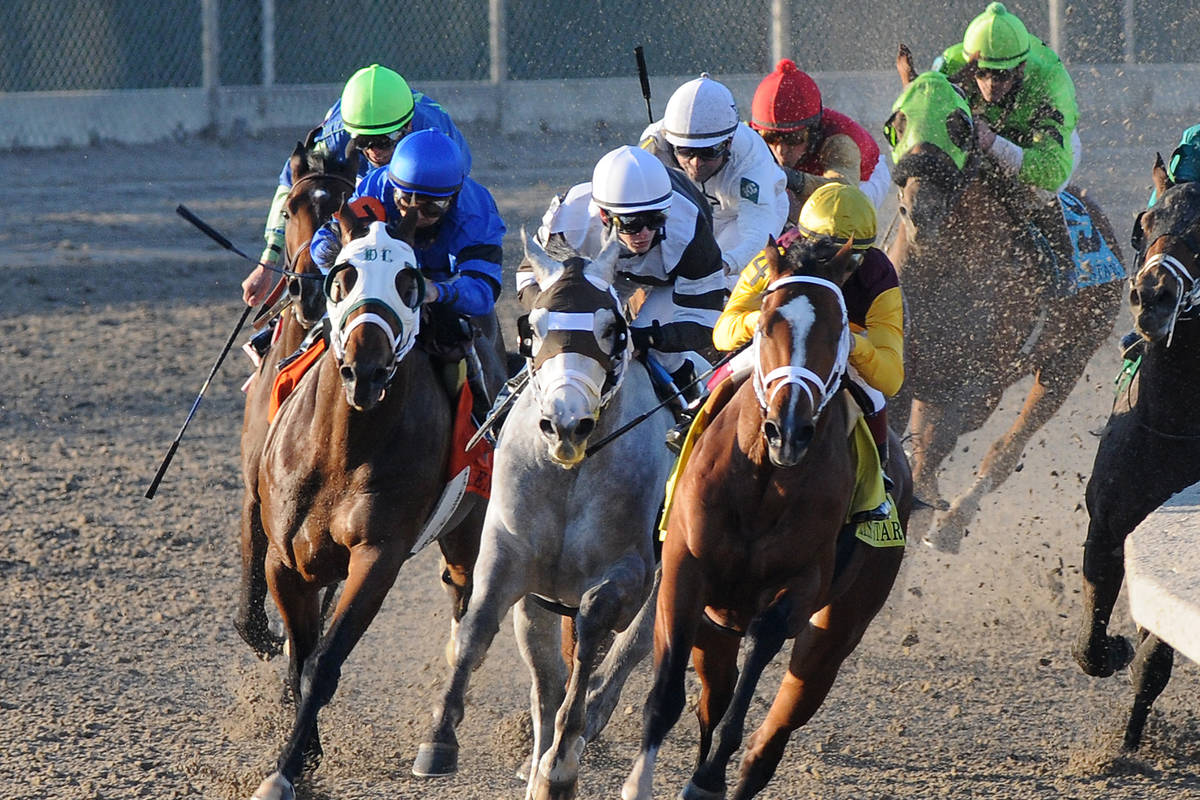 Discreetly Mine, right, ridden by Javier Castellano, turns for home and goes on to win the Risen Star Stakes at The Fair Gounds, Saturday February 20, 2010 in New Orleans, LA. (AP Photo/Alexander Barkoff)

With less than three months until the Kentucky Derby and a key prep race slated this weekend, it’s high time we take a look at the early 3-year-old picture as it slowly begins to come into focus.

First, a few takeaways from my viewings of various prep races this year:

— Most visually impressive performances so far: Greatest Honour, winner of the Grade 3 Holy Bull Stakes for trainer Shug McGaughey at Gulfstream Park on Jan. 30, and the Chad Brown-trained Risk Taking in last weekend’s Grade 3 Withers Stakes at Aqueduct. Both colts will have to continue to advance, but both started their campaigns the right way and looked to be capable of handling the added distance of the Derby.

— Biggest flop so far: It’s got to be Bezos. The buzzy Bob Baffert-trained colt was pounded down to 26-1 in the second Derby futures pool despite never having run in a race but finished seventh in his Feb. 7 debut in a maiden special weight race at Santa Anita at odds of 3-5. Maybe the 6½-furlong distance was too short for the son of Empire Maker, but Baffert now has no margin for error if the colt is to qualify for the Derby.

— Don’t feel too bad for Baffert, however, as the Hall of Fame trainer has his typical full house of potential Derby horses. Among them: Life Is Good, winner of the Grade 3 Sham Stakes on Jan. 2; Medina Springs, runner-up in the Sham who came back to win the Grade 3 Robert B. Lewis stakes; Concert Tour, who bested stablemate Freedom Fighter in last weekend’s Grade 2 San Vicente Stakes; and Spielberg, winner of the Grade 1 Los Alamitos Futurity in December.

We should learn more in Saturday’s $400,000 Risen Star Stakes, a Grade 2 race contested at 1⅛th miles at the Fair Grounds, which will be part of the “America’s Day at the Races” show on Fox Sports 2. Scheduled post time is 4:18 p.m. PT.

The race is the first of the year to offer 50 Derby qualifying points to the winner, as well as 20, 10 and five to the other top finishers. That means a win here would virtually guarantee a spot in the starting gate in Louisville.

But the race, which will not be available for wagering in Nevada because of the state’s ongoing contract dispute with Churchill Downs Inc., also could scramble the picture. Essential Quality and Keepmeinmind, who would have been a big players in the Big Easy, both opted to await the $750,000 Southwest Stakes at Oaklawn Park, which was postponed until Feb. 20 due to forecast wintry weather over the weekend in Arkansas.

That leaves the Risen Star with an equine cast trying to prove they belong in the elite division of the Class of 2021.

Keepmeinmind would have been the 3-1 morning line favorite, but in his absence the second choice, Mandaloun (9-2), a Brad Cox-trained son of Into Mischief who is adding blinkers, will fight it out for favoritism with Lecomte Stakes winner Midnight Bourbon (6-1), conditioned by Steve Asmussen.

The race is only being run for the third time since being extended to 1⅛th miles from 1 1/16th miles in 2019, so it’s hard to draw firm conclusions about the historical pattern. But both prior runnings at the distance went to horses that were close to or on the lead from the springing of the gates.

My money will be on Proxy (8-1), a Godophin homebred trained by Michael Stidham who gets a big rider switch from journeyman Mitchell Murrill to Hall of Famer John Velazquez.

The son of Tapit did all the hard work chasing Midnight Bourbon in the Lecomte and still fought off a charging Mandaloun in the stretch to hang on for second. That was the colt’s first loss since being stretched out to two turns, and I think a more favorable pace scenario will help him conquer the Risen Star.